Accessibility links
Why The White House Glass Ceiling Remains Solid Despite all of the possible female candidates waiting in the wings, many political observers express doubt that a woman will be elected president — or even nominated — in the near future. Which is weird. Because in just about every other aspect of American life, women are taking over. 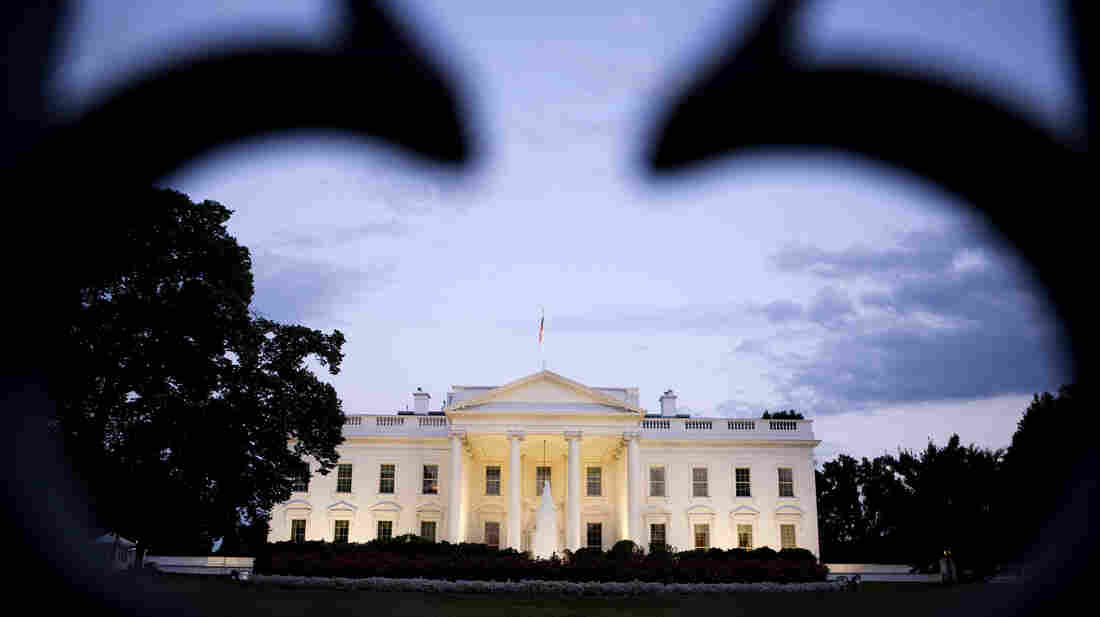 The presidency has remained a male-only office throughout American history. Despite changing demographics and huge gains by women in other walks of life, some experts still don't see a female president on the horizon. Joshua Roberts/Getty Images hide caption 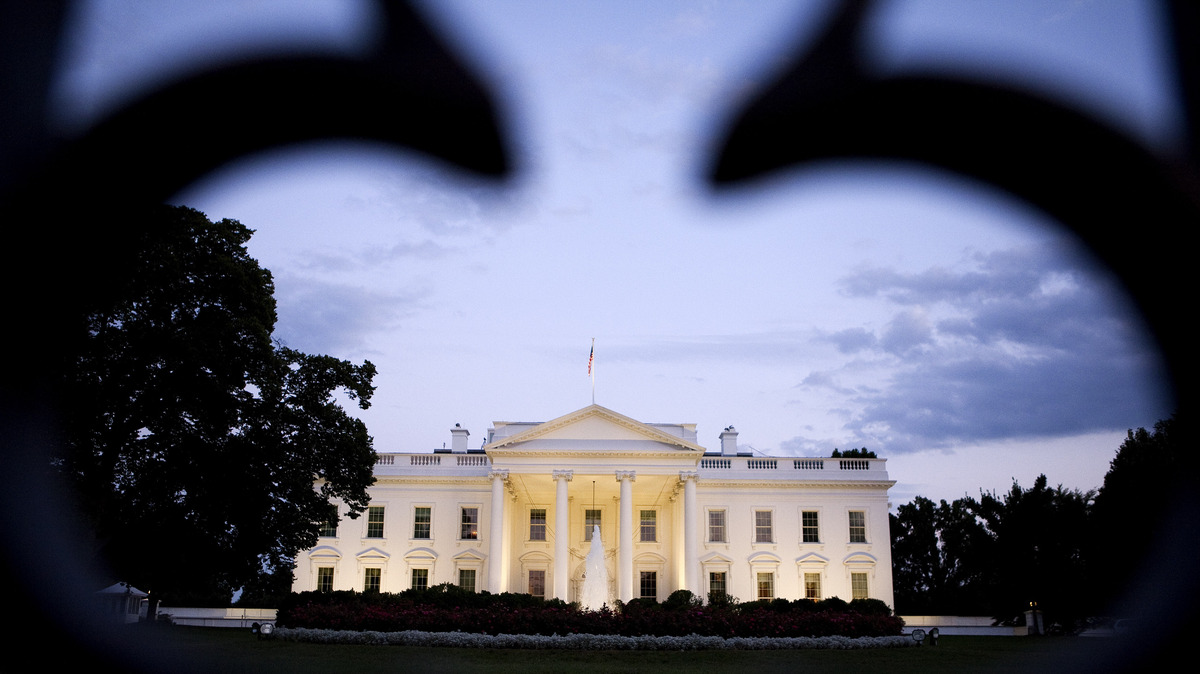 The presidency has remained a male-only office throughout American history. Despite changing demographics and huge gains by women in other walks of life, some experts still don't see a female president on the horizon.

Will the United States ever elect a woman president?

When President Obama — or Mitt Romney — leaves the Oval Office, there will be a handful of highly touted female candidates for consideration as top-of-the-ticket nominees for both major parties.

On the Republican side, the list includes Sen. Kelly Ayotte of New Hampshire and Govs. Susana Martinez of New Mexico, Nikki Haley of South Carolina and maybe even Sarah Palin of Alaska.

On the Democratic side, Secretary of State Hillary Clinton and Massachusetts Senate nominee Elizabeth Warren would be serious contenders, regardless of whether Obama wins or loses.

"We have all heard rumors about women running at the top of the ticket of both parties for 2016," says Linda Young, president of the National Women's Political Caucus. "We do not have any concrete commitment by anyone yet for those races."

But despite all of the possible female candidates waiting in the wings, many political observers express doubt that a woman will be elected — or even nominated to be — president in the near future.

Which is weird. Because in just about every other aspect of American life, women are taking over.

Check the stats: According to the latest census figures, there are more women than men in the United States. More women earn college degrees and graduate degrees than men, the University of Minnesota reports.

In many places of cultural import where women are not in power, the trend is in their favor. In 1990, for example, only 36 percent of medical school graduates were female; in 2011, more than 48 percent were female, according to a Catalyst survey. For the past 10 years, the Women's Media Center finds, women have outpaced men by at least 2 to 1 among journalism and mass communications majors.

In the policymaking arena, female politicians beget more of the same. In 1979, only 3 percent of those in Congress were women; in 2012, nearly 17 percent of those in Congress are women. The proportion of women in statewide elective offices has also increased from 11 percent in 1979 to more than 23 percent in 2012, the Center for American Women and Politics at Rutgers University tells us.

Room At The Top

Less than 60 percent, by the way, thought the country was ready for an African-American president. Now that Obama has broken one barrier, perhaps a female candidate will break another in a coming contest.

Women are looking for new leaders. According to a recent report by Generation Opportunity — a nonpartisan think tank focusing on the economics of young Americans — fewer than 40 percent of women surveyed say that elected officials represent their interests. And nearly 80 percent plan to vote on Nov. 6.

But even if women are looking to other women to better represent them, proponents of female representation say there are just not enough potential candidates. There are significantly more women running for office in 2012 than before, says Linda Young. But "women still do not represent even close to an equal number of men candidates."

For years the National Women's Political Caucus has called for gender equality in federal offices. The slogan has been "50/50 by 2020." But as the deadline approaches, Young says, "it is unlikely that we will be able to achieve such equality by 2020 since in 2012 the congressional percentage of women compared to men members is only 17 percent."

She is heartened by some signs. "We have seen women in higher positions politically in the U.S., as we fairly recently saw a woman serve as speaker of the House [Nancy Pelosi , 2007-2011], and we have had women serve in Cabinet positions for quite a number of years. What we have not seen is a woman at the top of our national government."

So will a woman be nominated for president next time around? "To me it will just take the right woman, rather than just any woman," says Monika L. McDermott, a political scientist at Fordham University. "I believe Hillary Clinton could have been the right woman, she was just at the wrong time — Obama's time. What it will take is a woman who overcomes being a 'woman candidate' and is just a 'candidate.' "

The problem: "We don't have a very deep bench," says former Democratic Rep. Pat Schroeder of Colorado. "Hillary Clinton is the one woman I could see being able to run and make it. ... There are a lot of women running this year. Hopefully some will make it and move up."

In 1972 Schroeder became the first woman from Colorado to be elected to Congress. She served for 24 years, and in 1987 she launched a trailblazing — but truncated — campaign for the presidency. (Other women have run for president over the years but never received a major-party nomination.) Today Schroeder is retired from public office and living in Florida.

When it comes to electing a woman as president, there is, Schroeder says, "lots to do." But she believes that having a female president would change the nature of national debates. "Women define the economy differently," she says, "wanting equal pay."

And the importance of contraception for planning one's family and working, she says, would move to the forefront.

Under female leadership, the U.S. domestic policy "would be very different," Schroeder says. And, she adds, "Foreign policy would hopefully not have the bluster that can sometimes lead to confrontation."

When Schroeder was first elected, she says, "I asked the Library of Congress how long it would be before the Congress would reflect the percentage of women in the population. ... They said over 400 years."

Schroeder says, "I thought I had some sexist jerk researcher. But today, I worry they may be close to right."