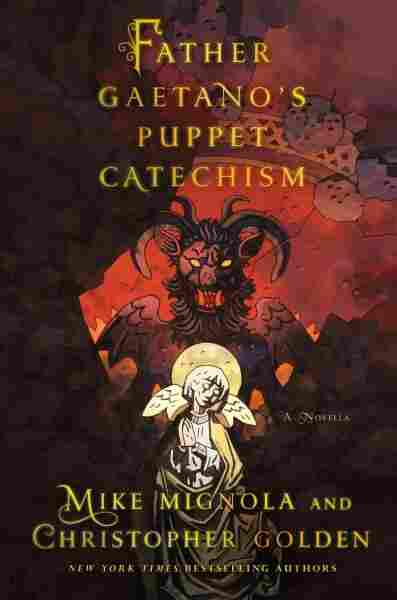 by Mike Mignola and Christopher Golden

Mike Mignola's occult adventure comics B.P.R.D. (that's short for Bureau for Paranormal Research and Defense) and Hellboy (about a demon who fights for the side of Good) combine furious action set pieces on a literally biblical scale with a wry and nuanced understanding of very human emotions. The novelist Christopher Golden has written many popular works of dark fantasy. Together, the two men have produced the illustrated genre novels Baltimore, or, the Steadfast Tin Soldier and the Vampire, a dark tale of war, vengeance and bloodsucking; and the considerably warmer, steampunk-inflected Joe Golem and the Drowning City.

Like those previous works, their latest collaboration, the tight but slight illustrated novella Father Gaetano's Puppet Catechism, is steeped in a rich sense of place. In this case, the place is Sicily during World War II, at a Catholic church ravaged by battle. The nuns of San Domenico have turned their convent into a haven for their town's many war orphans, and a new priest arrives to instruct the youngsters about God.

But young Father Gaetano faces a difficult task: The horrors the children have witnessed and the grievous losses they have suffered have hardened their hearts to any talk of God's mercy. He must find some way to get through to them.

An abandoned puppet theater in the church's basement provides the answer he seeks, or seems to. At least until the puppets ... well. You see where this is going, especially if you've ever caught an episode of The Outer Limits, The Twilight Zone or any similar anthology tale plotted like a narrative mousetrap. 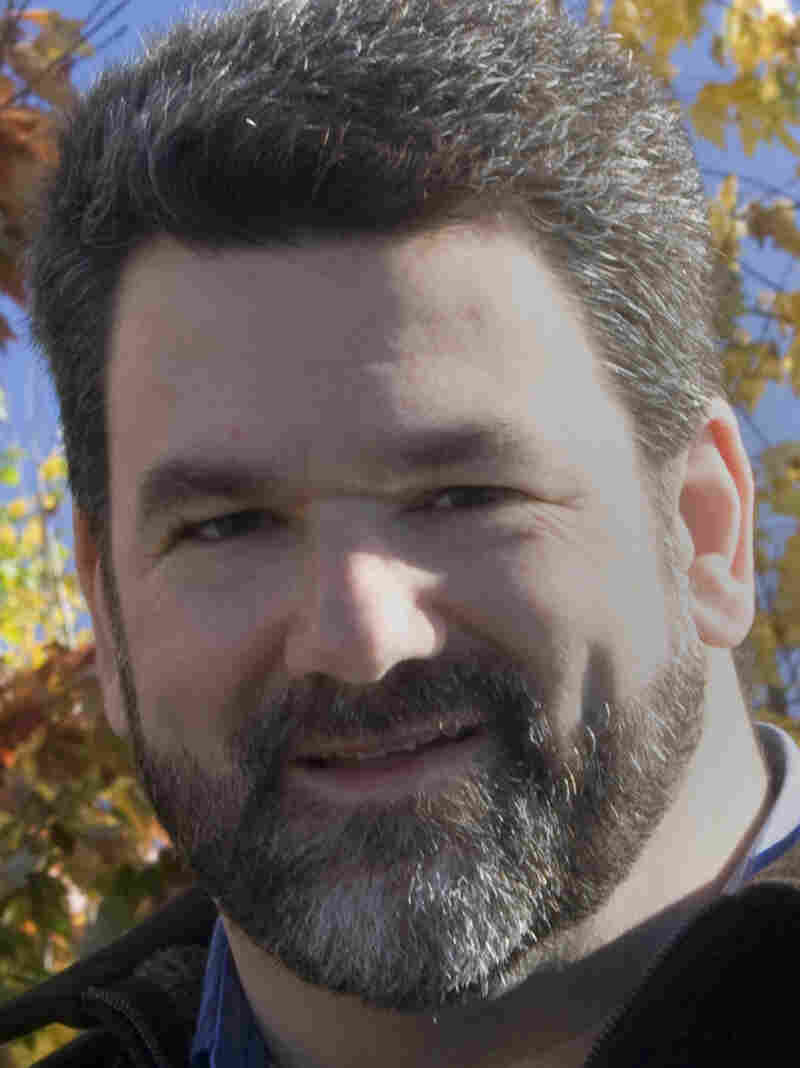 Christopher Golden's novels include The Myth Hunters, Wildwood Road, The Boys Are Back in Town and The Ferryman. He previously collaborated with Mike Mignola on the illustrated novel Baltimore, or, The Steadfast Tin Soldier and the Vampire. Jacqueline Semrau/Courtesy of St. Martin's Press hide caption 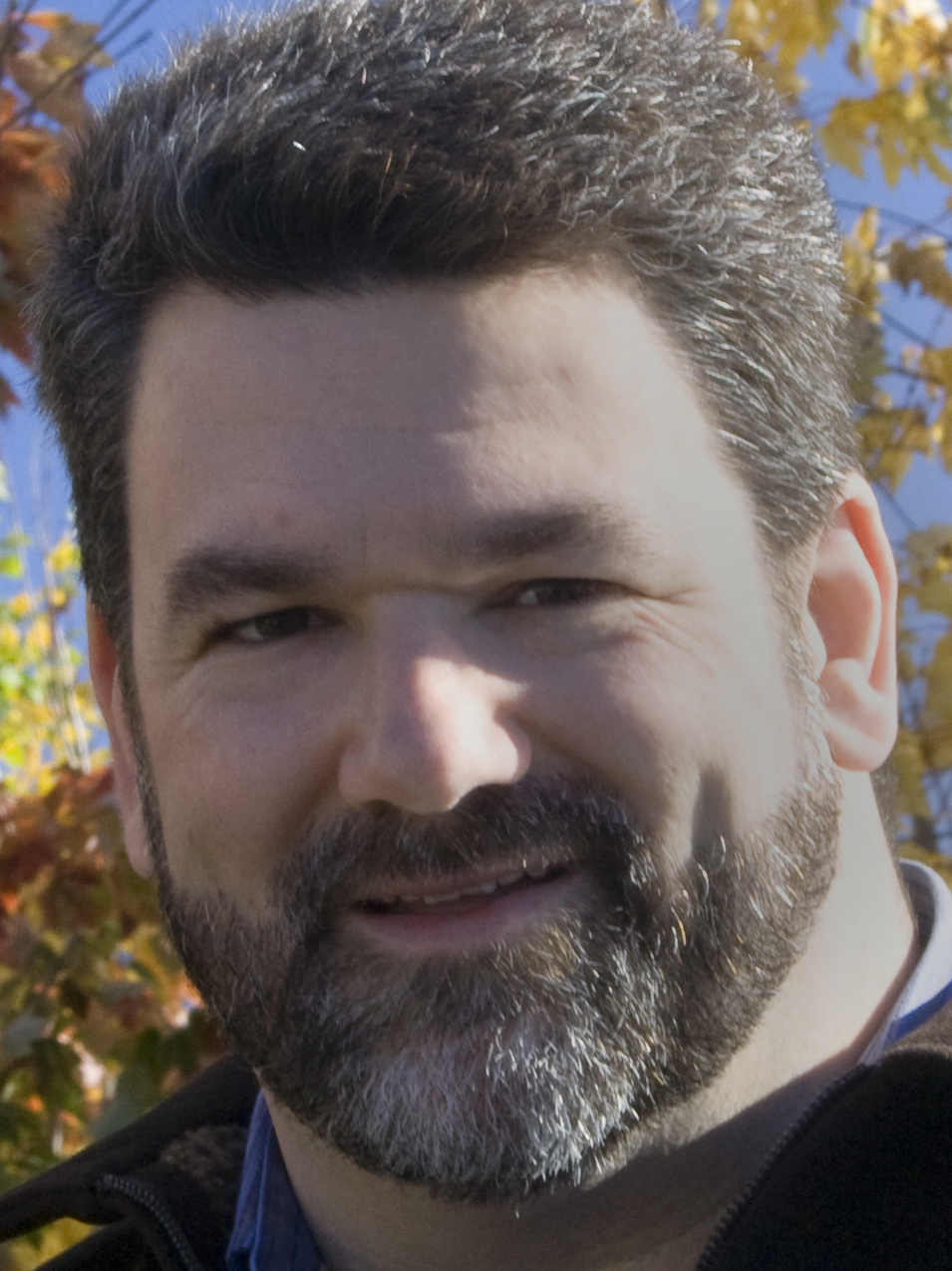 Christopher Golden's novels include The Myth Hunters, Wildwood Road, The Boys Are Back in Town and The Ferryman. He previously collaborated with Mike Mignola on the illustrated novel Baltimore, or, The Steadfast Tin Soldier and the Vampire.

Yes, the formula is familiar, but that's not the issue — after all, it's those very conventions that provide us with the cues required to build suspense. It doesn't matter, for example, that we guess what's making those skittering sounds under Father Gaetano's bed long before he works up the courage to look for himself. It's precisely that knowledge — the tantalizing disconnect between what we know and what he only suspects — that keeps us turning pages.

The problem, however, is that Mignola and Golden devote so much time and attention to baiting their trap that they almost forget to spring it. In chapter after chapter, they document day-to-day life at the convent, rectory and school with an exhaustiveness born of thorough research. Stirrings of forbidden desire between Father Gaetano and the comely Mother Superior get some time in the spotlight, as do the travails of 9-year-old Sebastiano, whose own puppet — a clown — will play a pivotal role in the events to come.

This should all serve to establish what's at stake for the characters — and it does. But Mignola and Golden seem content to simply set the stakes without raising them. As a result, the stately paced first two-thirds of Father Gaetano's Puppet Catechism read like the opening of a much longer and more complex book, and the putatively spooky climax arrives with a suddenness that fails to generate goose bumps.

Far more unnerving are Mignola's black-and-white illustrations — moody portraits of angelic and demonic wooden puppets staring out at the reader with empty, lifeless eyes. They, at least, will stay with you long after the rest of this tidy ecclesiastical fable fades from memory.