Accessibility links
For Complainers, A Stint In China's 'Black Jails' Something dark lies nestled inside a bucolic Shanghai park: a quaint cottage that is actually a secret detention center, known as a "black jail." Researchers say thousands of Chinese are detained each year in this draconian system of jails the state says doesn't exist. 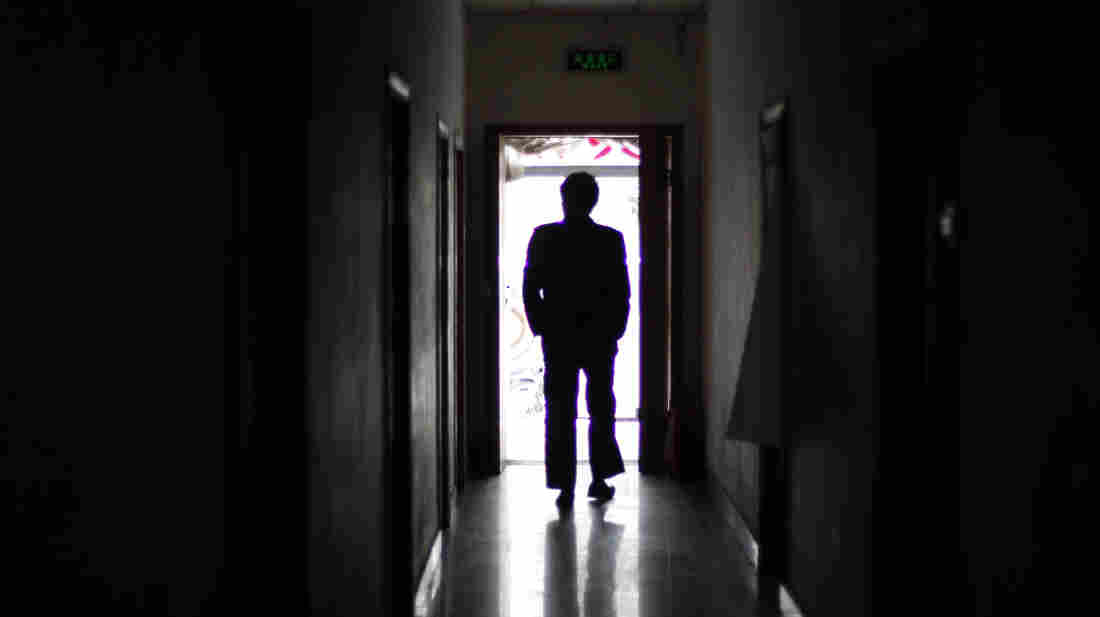 A man walks through a former unofficial, or "black," jail in Beijing, in 2009. It's estimated that thousands of Chinese lodging protests against the government are illegally detained in secret sites such as this one, even though the government says they don't exist. Elizabeth Dalziel/AP hide caption 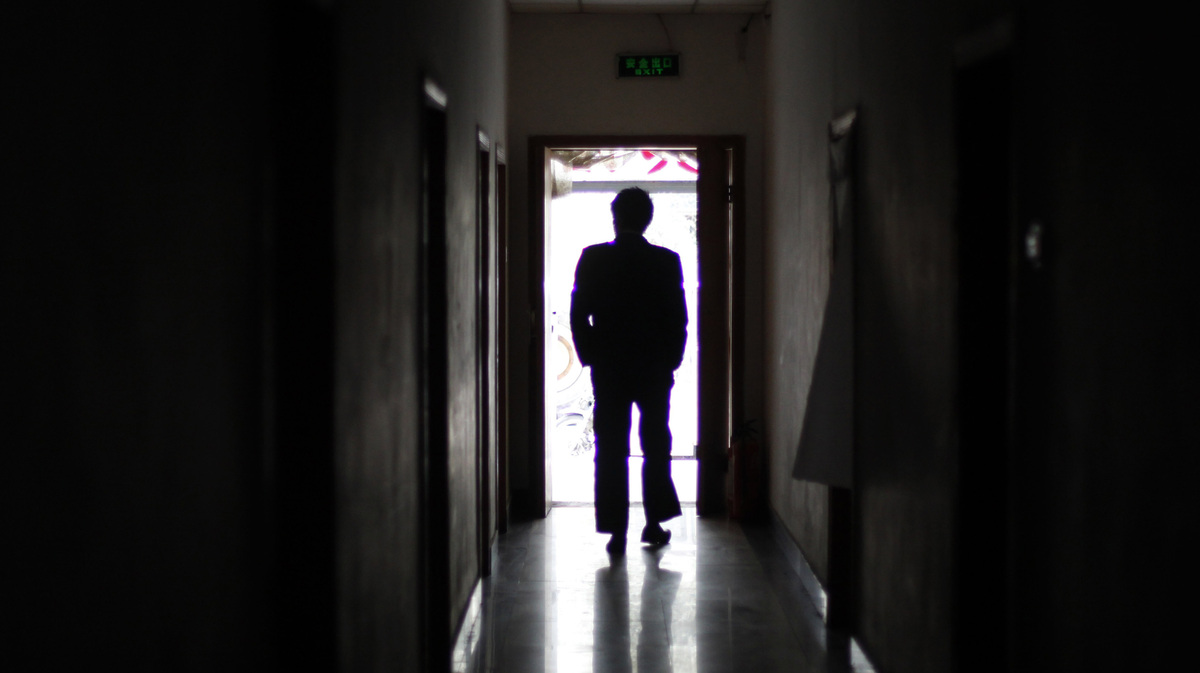 A man walks through a former unofficial, or "black," jail in Beijing, in 2009. It's estimated that thousands of Chinese lodging protests against the government are illegally detained in secret sites such as this one, even though the government says they don't exist.

People often say China is a nation of contrasts: of wealth and poverty, of personal freedom and political limits. But that observation doesn't begin to capture the tensions and incongruities of modern life here.

For instance, in today's Shanghai, you can sip a $31 champagne cocktail in a sleek rooftop bar overlooking the city's spectacular skyline, while, just a few miles away, ordinary citizens languish in a secret detention center run by government-paid thugs.

Many foreigners are familiar with Shanghai's futuristic bar scene — less so its black detention sites. So, earlier this year, I asked a frequent inmate of the government's so-called "black jails" to show me the place where she's been detained a half-dozen times.

My guide was Li Yufang, a petite, feisty woman of 42.

"I was put in black sites many times," Li said matter-of-factly. "I didn't really count how many, but definitely more than 10 times." 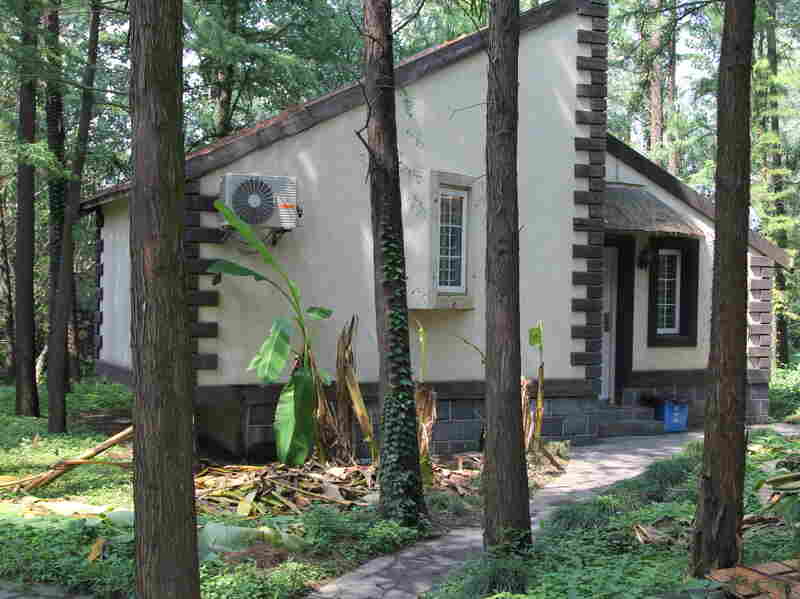 It may appear cute and quaint and sit in the midst of a sprawling Shanghai park, but this cottage is used as a "black jail." Frank Langfitt/NPR hide caption 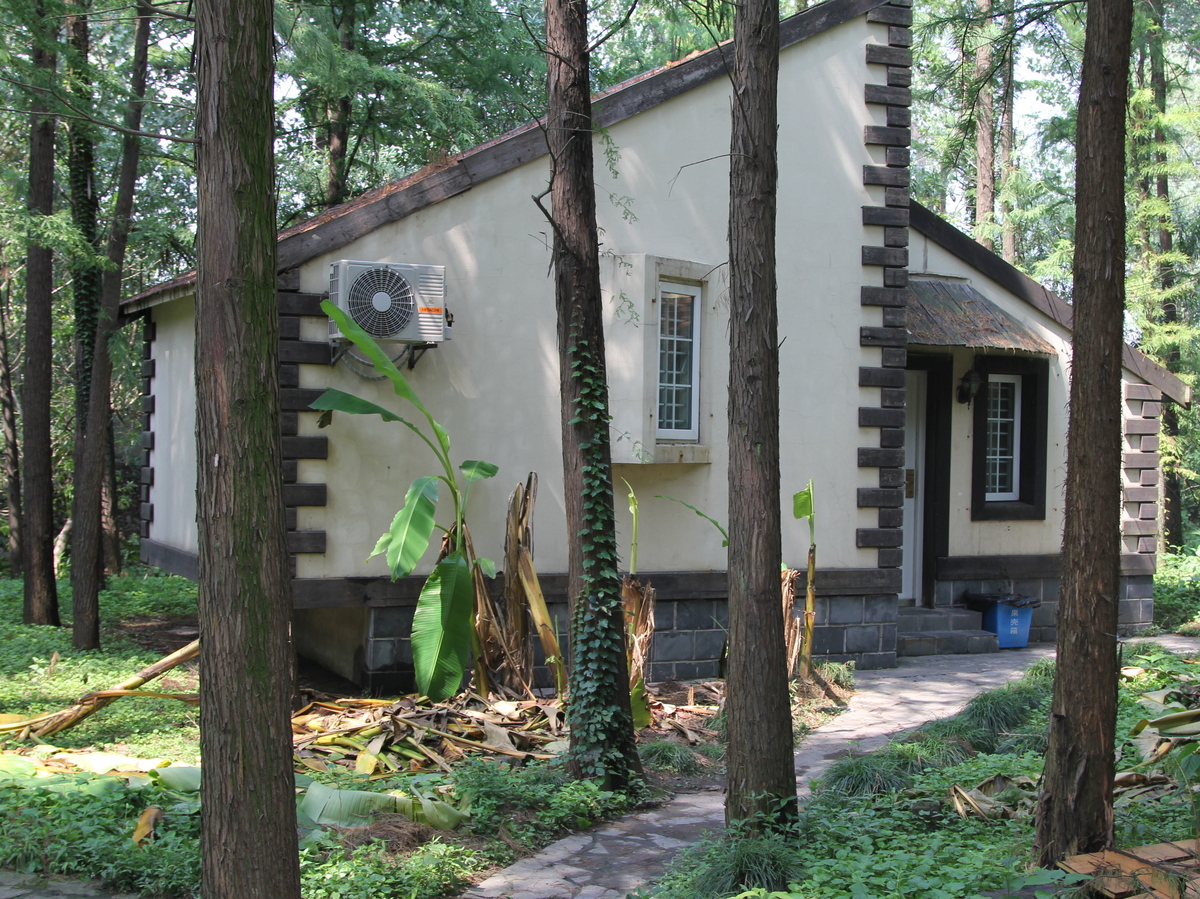 It may appear cute and quaint and sit in the midst of a sprawling Shanghai park, but this cottage is used as a "black jail."

Li's offense? Complaining about how the government knocked down her home and failed to provide a replacement.

One hot summer afternoon, Li and I took a cab to a sprawling public park along the banks of Shanghai's Huangpu River. We strolled along wooded paths amid buzzing insects. Li carried a parasol, as Chinese women often do to shade themselves from the sun.

After passing through a stand of bamboo, we made our way to a far corner of the park and a cluster of quaint little structures that resembled Hansel and Gretel's cottage. Nestled in a grove of fir trees, they had red tile roofs, wood trim and patios. The cottages looked cozy and inviting, except for one thing. The windows were covered with thick glass and thick metal bars.

We walked up to one of the cottages where Li had been held and looked in through an open window. Two men sat inside at a desk. I called in and a skinny man in green camouflage appeared at the door. I asked if anyone else was inside, and he said there wasn't.

Then, in Mandarin, I asked if this was a hei jianyu, or black jail.

The guard's eyes bulged with alarm as he realized he'd been discovered. He retreated inside and shut the door and window.

Li then spotted a middle-aged woman in a blue blouse inside the cottage behind another barred window with yet another guard. I asked the woman why she was being held. She looked stricken and waved me off. She didn't want any more trouble from the guards, who shut the window and closed the blind.

"I know her," Li said, explaining that the woman was a fellow "petitioner," who had also traveled to Beijing to complain about corruption in a company where she had worked.

I took a few moments to photograph the site. Then, concerned that the guards might call for reinforcements, Li and I quickly made our way to the park's gate.

Li's battle with the Chinese security apparatus began about a decade ago, when her home was destroyed to make way for a new apartment building. Instead of compensating Li, she says, the government offered her an apartment that was tied up in a separate lawsuit and never accessible.

The fact is, there is no rule of law in China. The Chinese Communist Party uses the law as a tool. Why do people petition? It's because the court systems are broken. It's because they are victims of government officials, and they can't get redress at home.

"We have been homeless for 10 years and now live in a tiny apartment," Li says. "We are constantly looking for new places."

Li has repeatedly traveled to Beijing to petition China's central government for help, only to be tossed into secret detention centers.

Li says her longest stints in black jails have lasted 10 days. Her worst experience came in 2009 in a district jail. She demanded that guards give her a written record of her detention. Instead, she says, they tied her up as punishment.

"My hands were tied behind my back and I was handcuffed to a door," Li said angrily. "I stood there for three days and three nights — 72 hours! Other detainees fed me food and water. I lifted my leg to pee or to take a bowel movement with a basin on the floor."

Li's story is not unusual. Chinese and foreign researchers estimate that the government illegally detains thousands of people this way each year. Black sites can be found throughout China. Kunshan, for example, is a city of nearly 2 million people in coastal Jiangsu province. Detainees there estimate that there are at least a dozen black sites in Kunshan alone.

"It would be safe to say across the country, there are hundreds — at least hundreds — of locations, whether they are converted schools or hotels or hospital mental health facilities, that serve as black jails," says Phelim Kine, a deputy director in the Asia division of Human Rights Watch.

Who's Afraid Of Whom?

Local officials use secret detention centers to protect their standing in the bureaucracy. Every time a citizen goes to Beijing to complain, the central government gives local officials a black mark.

"The more petitioners who come from your area, you are going to be punished," says Kine. "That means your career advancement is going to be harmed."

Want to keep your ratings up? Lock up your critics. It's easy.

The Chinese government has repeatedly denied that the sites exist — despite the overwhelming evidence that they do.

"The fact is, there is no rule of law in China," says Kine. "The Chinese Communist Party uses the law as a tool. Why do people petition? It's because the court systems are broken. It's because they are victims of government officials, and they can't get redress at home."

There is something sinister and intimidating about China's network of black detention centers, where people can be scooped up and hidden away from their family and friends with no legal recourse.

But there is also something absurd about government officials in China — the world's second-largest economy — hiring three men to guard an unarmed, middle-aged woman because she complains about them.

And it raises a question: Who is really afraid of whom?

After we left the park that day, I asked Li if she had been frightened to confront her former captors. She answered without hesitation.

"There's nothing for me to be afraid of," she added. "They are the ones who should be afraid."