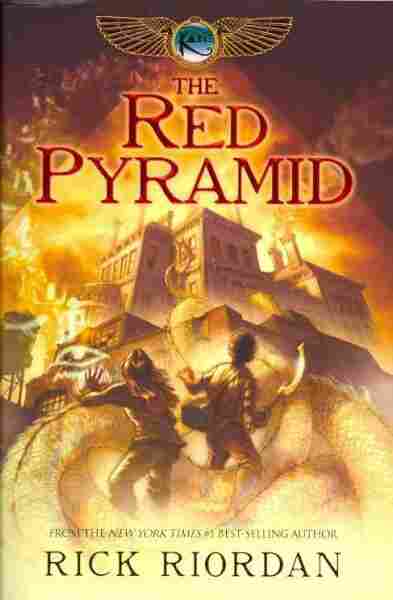 Mention the name Rick Riordan to adults, and they might say, "Huh?" But kids? They know. Riordan has been burning up the best-seller lists with three different series of books that all feature modern-day kids entangled in the lives of ancient gods. The Red Pyramid — the December pick of NPR's Backseat Book Club — features a brother and sister who have no idea they are descended from age-old sorcerers until their archaeologist father accidentally unleashes ancient gods into modern society.

If you have kids, then you know there's something almost magical when they reach the age when they begin to tackle mythology in school. The world of Greek, Roman, Norse and Egyptian gods, goddesses and heroes is intoxicating for students. The special powers. The cylindrical family trees. The rivalries. The vanities. The names that march across the tongue like Roman armies. It really is delicious stuff. If you want proof, just look at a kid's notebook when they're in a mythology unit — the doodles and drawings in the margins reveal just how deep the obsession goes.

Riordan certainly knows how mythology can cast a spell over young people. Before he became a best-selling author, he was a schoolteacher, and — not surprisingly — mythology was one of his favorite subjects to teach. All of his best-selling series (the Percy Jackson & the Olympians series, the Heroes of Olympus series and The Kane Chronicles) follow a similar pattern: A modern-day preteen must complete a difficult mission, or the world will descend into complete chaos. Along the way, they usually discover special powers, overcome big fears and fulfill a destiny etched in stone hundreds of years ago. 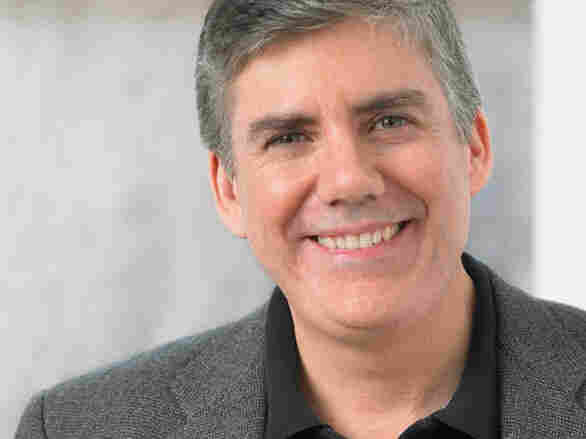 Rick Riordan lives in San Antonio with his wife and two sons. You can submit your questions for him here. Marty Umans/ hide caption 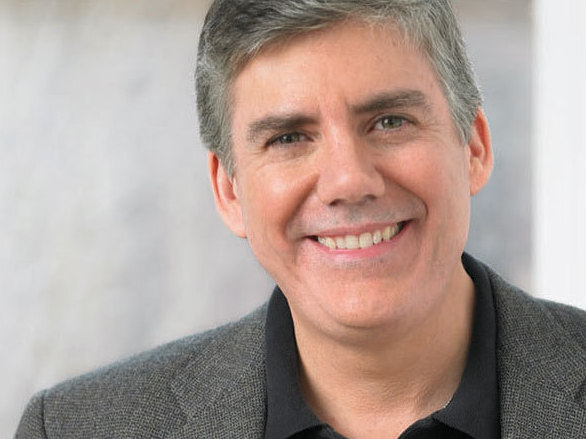 Rick Riordan lives in San Antonio with his wife and two sons. You can submit your questions for him here.

In The Red Pyramid, brother-sister pair Carter and Sadie Kane aren't exactly close. They've been living in separate homes since their mother died, but tragedy brings them back together when their father accidentally blows up the British Museum. He had a secret plan that went horribly, terribly, disastrously wrong, and his missteps lead to the shattering of the ancient Rosetta Stone. (Yes, that Rosetta Stone.) The accident unleashes ancient gods from captivity, including the Egyptian god of chaos — an evil, revenge-filled deity named Set. Carter and Sadie must save their father and set things right. Once they are reunited, strange stuff starts to happen: Special powers emerge when they figure out how to work together (how I wish I could use that ploy to get my kids to cooperate). The Kane kids eventually discover that they are descended from the most powerful magicians in ancient Egypt.

Riordan is very much a teacher at heart. You can sense the research that went into this book — he salts his story with all sorts of historical background so that young readers don't even realize they're being schooled. From the hieroglyphs to ancient geography to the world of the pharaohs, the book is a fantastic academic resource wrapped up in a hair-raising adventure. Visit Riordan's website to learn more about the world of mythology and the research that goes into his books. He also serves up some fun games and resources for teachers, parents and kids. Riordan says one of the things he loves most about his job is that he gets to stay connected with young people. So let's help him maintain his link with readers. Make sure to send us your questions for Rick Riordan.