Accessibility links
Fresh Air Interview: Bill Berloni Bill Berloni has more than 30 years of experience training dogs, pigs, rats, cats and lambs for Broadway productions and Hollywood films. Fresh Air listens back to an interview with him from 2008. 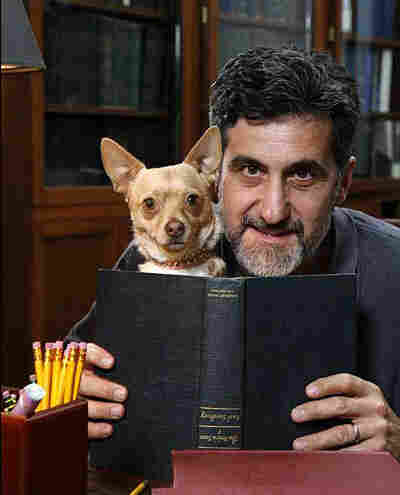 Bill Berloni was responsible for making sure that chihuahua Bruiser could both bend and snap in the Broadway production of Legally Blonde. Paul Kolnik hide caption 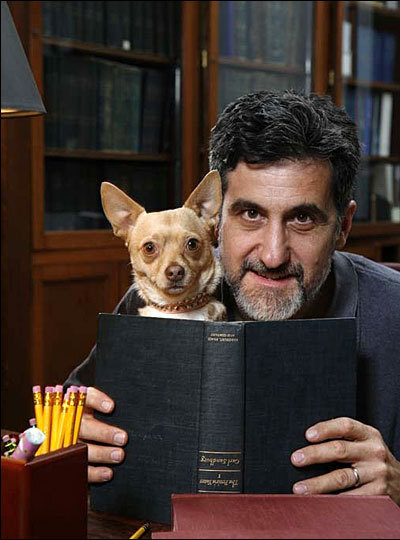 Bill Berloni was responsible for making sure that chihuahua Bruiser could both bend and snap in the Broadway production of Legally Blonde.

This interview was originally broadcast on Fresh Air on July 18, 2008.

A new revival of the hit musical Annie is now in previews on Broadway, scheduled to open Thursday. In the new production, the canine co-star Sandy is played by "Sunny," who has an understudy named "Casey." Bill Berloni trained them both — and, like the original Sandy in the original Broadway show, those dogs, too, were rescue dogs, found in animal shelters.

Among the other dogs Berloni has trained are the chihuahua and bulldog in the Broadway adaptation of Legally Blonde, and the lamb in the revival of Gypsy that starred Bernadette Peters. He also trained the first dog to dance with the New York City Ballet. He's been in doggie showbiz for 30 years, and has written a memoir called Broadway Tails. He also is a behavior consultant to the Humane Society of New York.

Berloni spoke with guest host David Bianculli about his job rescuing animals and turning them into stars.

On how he got his first animal training gig

"When I graduated from high school, I wanted to be an actor, and I lived near a very famous summer stock theater called the Goodspeed Opera House in East Haddam, Conn. And they're known for reviving American musicals and introducing new musicals. And I volunteered there as a young kid to build scenery for free to be around real actors, professional actors.

"And my second season there as a set-building apprentice, they were doing a new show. And I remember being called into the producer's office, and he offered me a chance to be in Actor's Equity, which is the actors union, and a part on stage, and I was bowled over. I thought he recognized my acting abilities by the way I'd moved scenery for two years.

"And the second part of the equation in my euphoria was — 'All you have to do is find and train a dog for us for the new show.' And I left his office accepting the offer, and it took me like a day or two to realize what I had agreed to. The new show was Annie, and they couldn't afford a professional dog trainer, and everybody on the paid staff had threatened to quit if they had to do it. So he was looking for a sucker. So I was that wide-eyed kid who'd said, 'Sure, I could try anything.' " 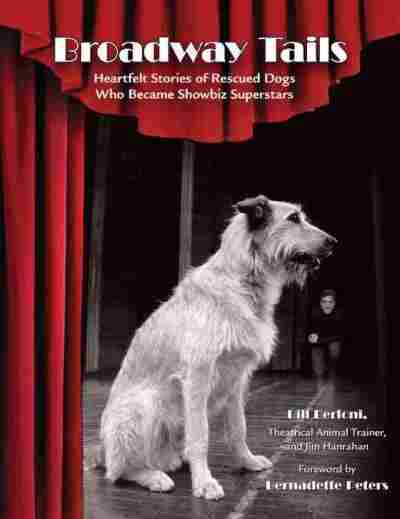 On casting the first Sandy

"Someone said, 'Oh, well, they have cheap dogs at the dog pound.' Well, being 19 years old, I'd never been to a dog pound. So I took the truck and a Polaroid camera and went casting. And I remember being profoundly moved. I had had dogs growing up. I was a dog lover — and [was] profoundly moved by the situation of these animals in cages who, many of which were slated to be euthanized. And, well, I did find the original Sandy the day before he was going to be put to sleep, and I paid $7 for him. And I trained him as I trained my other pets."

On his first attempts at training

"I knew they loved the people they worked with and lived with. So I thought if I can make the theater his home and the actors his family, he might do what we asked him to. And that positive-reinforcement method of training was somewhat revolutionary. It was the first time that a dog had played a character on stage."

On how he went from the Goodspeed Opera House in East Haddam, Conn., to Broadway

"Annie opened at the Goodspeed and bombed. It ... got terrible reviews. The producers said to me: 'What are you going to do with the dog?' I said, 'Well, I'm moving to New York City. If I'm going to be a starving actor, I might as well have a starving dog.' And I enrolled at NYU, and in the fall of 1976, Mike Nichols' office called, the famous director.

"He said, 'We're producing Annie for Broadway with the original company. Would you be interested?' And I said, 'A chance to work with Mike Nichols? Of course I'll be a dog trainer,' and went into rehearsal. We opened at the Kennedy Center, and in April of 1977, at the age of 20, Annie became a hit, and I became a famous animal trainer."

On the original Sandy's retirement from the stage

"After the dogs are done with their shows, whether they last one night or seven years, they're mine forever. And he went into semi-retirement and, you know, did appearances around the country. And then as he became older and frailer, you know, I took care of him until he passed away in his sleep.

"And it was just so moving to me, you know. He died when he was 16 years old, and what I thought was somewhat of a trivial addition to the entertainment field, they did an obituary for him in The New York Times with his picture, and it wasn't a joke. It was very serious, you know, because one of the things we'd do, and we continue to do, is raise awareness for the plight of homeless animals. And Sandy became that poster child.

"You know, he was really the first dog to ... become famous and say that he was from an animal shelter and not bred from a line of Lassies or, you know, Benjis or something like that. So I was quite moved that the entertainment industry got it."

On growing up with pets

"I had an unusual situation. My dad was a horticulturist for a municipality in Connecticut. So we lived on a farm that had greenhouses. I was an only child, and although we came from a big Italian family, my mom stayed home and took care of me, and I had a collie, a cat and a rabbit.

"And so somewhere in that developmental phase, I must have learned how to communicate nonverbally with other creatures, which ultimately would come to serve me in my career. And so, you know, it took me awhile to — I was always shy, and I was drawn to the stage because I could be a part of the drama club, you know, and be the only boy with, like, 10 or 12 girls, and it was a good deal. I wasn't big enough to be a football player. But I could be on stage, and people could listen to me, and I didn't have to talk to people. So my development, both in being raised with these animals on a farm, I think, led to my career."

Read an excerpt of Broadway Tails