Accessibility links
Radio Tanzania: A Disappearing History On Tape A group is trying to save the station's massive tape archive: music, poetry, drama and speeches that tell the story of the East African nation since before its independence.

At the archives of Radio Tanzania, more than 15,000 reel-to-reel tapes are stacked in floor-to-ceiling shelves. Each band, musician and recording date is painstakingly notated. The tapes reside inside three musty rooms of the Tanzania Broadcasting Corp., which occupies the old brick-and-concrete BBC building in Dar es Salaam.

Radio Tanzania was the country's only station from its birth in 1951 until the mid-1990s, when competing stations came on the air and state-controlled radio became irrelevant. 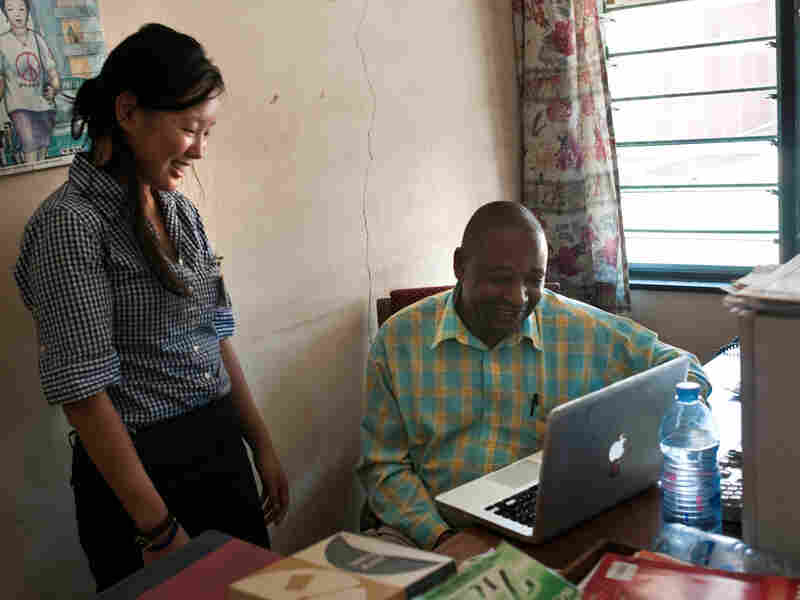 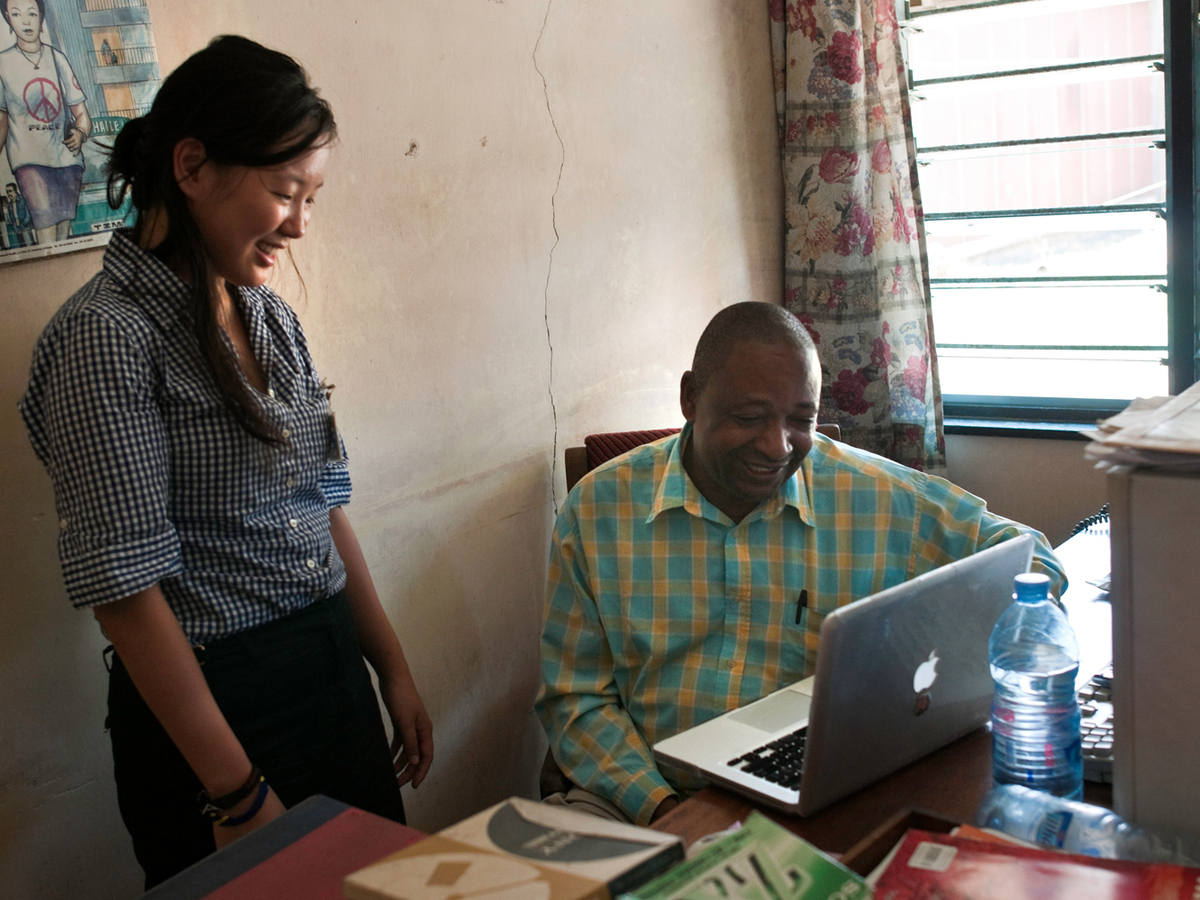 The station's archives include poetry, drama, speeches and loads of the music now known as zilipendwa. The word translates literally to "the ones that were loved"; a looser translation would be "golden oldies."

"When you hear this music," she says, "you don't have to know Swahili to be moved by it."

Corey is a 25-year-old music lover from Athens, Ga., who fell in love with Tanzania when she came to volunteer at an orphanage when she was 18.

She came back to enroll at Dar es Salaam University, and two years ago she learned about the radio archive. Today, Corey produces the Zanzibar Music Festival and is spearheading the effort to save the Radio Tanzania tapes.

"During the '60s, '70s and '80s, Tanzania had one of the most lively musical scenes in East Africa," Corey says. "There was only one radio station at the time, and it was Radio Tanzania Dar es Salaam."

Radio Tanzania was to be the soundtrack of African socialism under the country's first president, Julius Nyerere. This was Tanzanian music — not imperialist American, not colonial European. It was music sung by and for Tanzanians, in Swahili.

This country's musical forms are as varied and distinct as wildlife on the Serengeti plains. Because the arts were state-supported, institutions such as the police, prisons and electric company all sponsored their own choral groups. From the Spice Islands on the Swahili coast there came Arab-influenced taarab music. From the tribal interior came the insistent drums and flutes of ngoma music.

But above all else, the archive of Radio Tanzania is a treasury of zilipendwa music. There is the Tabora Jazz Band, the Urafiki Jazz Band, the Kilimanjaro, the Conga, the Merry Blackbird Jazz Bands and dozens more. None of them actually played jazz. The term was appropriated to give bands currency and cachet. One of the greatest singers and bandleaders of them all was Kikumbi Mpango, better known as King Kiki.

"Zilipendwa is a fusion of melodies from the Congo, Cuba, Angola and Mozambique," King Kiki says. "And when I play it, people still love it."

King Kiki, 65, has gigs four nights a week. The graying, regal singer sits at a friend's kitchen table and ruminates. The music, he says, had a purpose.

"Zilipendwa sang about unity, love and building a nation," he says. "It gave a message to the public to support the government's goals. It was music to unite the people."

President Nyerere wanted Radio Tanzania to be the voice of his revolutionary nation. In a speech he delivered three years after independence at the opening of the University of Dar es Salaam in 1964, he said, "A revolution in underdeveloped countries like the United Republic means an economic revolution, if it is to mean anything. All young countries have to be revolutionary in their policies if they are to survive." That speech is filed in the archive, as well.

Tanzania's revolution — based on Nyerere's treasured ideal of ujamaa, or familyhood — did not survive. The collectivized farms of tobacco and tea, the nationalized industries and the corrupt one-party system all collapsed in the mid-1980s, a victim of poor governance and economic pressures. The state media monopoly ended. Radio Tanzania became just another signal on the dial, which it remains today. And Swahili hip-hop shoved zilipendwa aside.

In the rooms containing the forgotten tapes, soft-spoken 57-year-old archivist Bruno Nanguka keeps the air conditioner running to fend off the coastal humidity and waits for the day when the tapes can be duplicated.

Nanguka says the station needs to buy the equipment to convert the tapes from analog to digital. One person working at one workstation would take 30 years to dub all those recordings in real time. With the help of Kickstarter, Radio Tanzania is raising money for 10 duplicating workstations. It is a cause Corey says is important to the tapes' survival.

"It's the entire musical history of Tanzania in one place," she says. "These tapes are absolutely unique; they can't be found anywhere else. It would be a true tragedy for the tapes to be lost. They're at great risk to fire, heat, humidity and just time."

If they go, so goes an audio time capsule of East African history.