Accessibility links
Book Review: 'Elsewhere' by Richard Russo Pulitzer Prize-winning novelist Richard Russo began looking out for his mother early in life. In his new memoir, Elsewhere, Russo writes not only of his mother, but of the vanished world that shaped her. Critic Maureen Corrigan calls the book "gorgeously nuanced." 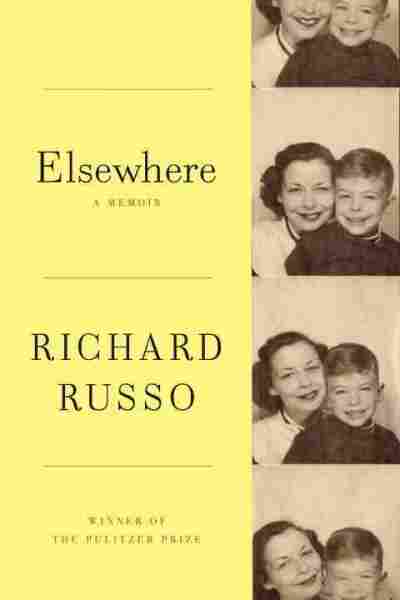 Something must have been in the tap water in Gloversville, N.Y., during the 1950s when Richard Russo was growing up there — something, that is, besides the formaldehyde, chlorine, lime, lead, sulfuric acid and other toxic byproducts that the town's tanneries leaked out daily.

But one day, a droplet of mead must have fallen into the local reservoir and Russo gulped it down, because, boy, does he have the poet's gift. In a paragraph or even a phrase, Russo can summon up a whole world, and the world he writes most poignantly about is that of the industrial white working class.

Russo is the Bruce Springsteen of novelists; in fact, Springsteen's latest proletarian pride anthem, "We Take Care of Our Own," kept playing in my head as I read Russo's latest book, the memoir Elsewhere. Russo knows what it means to take care of your own. In Elsewhere, he writes with his distinctive smarts and humor about his childhood and his still conflicted class emigration from blue-collar kid to college professor and writer. Most of all, though, Elsewhere is a gorgeously nuanced memoir about his mother and Russo's own lifelong tour of duty spent — lovingly and exhaustedly — looking out for her.

Russo's mother was an anomaly in the Gloversville of his youth: young herself and pretty, she was separated from Russo's father and had a good office job working for GE in a nearby town. Mother and son lived in an apartment in a two-family house owned by his grandparents. As a boy, Russo remembers being "happy as a clam," particularly given the sweet, just-the-two-of-us-type relationship he had with his mother. In a few short sentences at the beginning of the book, he vividly summons up the compact world of the Gloversville of his childhood:

In the Fifties, on a Saturday afternoon, the streets downtown would be gridlocked with cars honking hellos at pedestrians ... Often, when we finished what we called our weekly "errands," my mother and I would stop in at Pedricks ... [I]t was a dark, cool place, the only establishment of my youth that was air-conditioned, with a long thin wall whose service window allowed sodas and cocktails to be passed from the often raucous bar into the more respectable restaurant ...

By the time I graduated from high school in 1967, you could have strafed Main Street with an automatic weapon without endangering a soul. 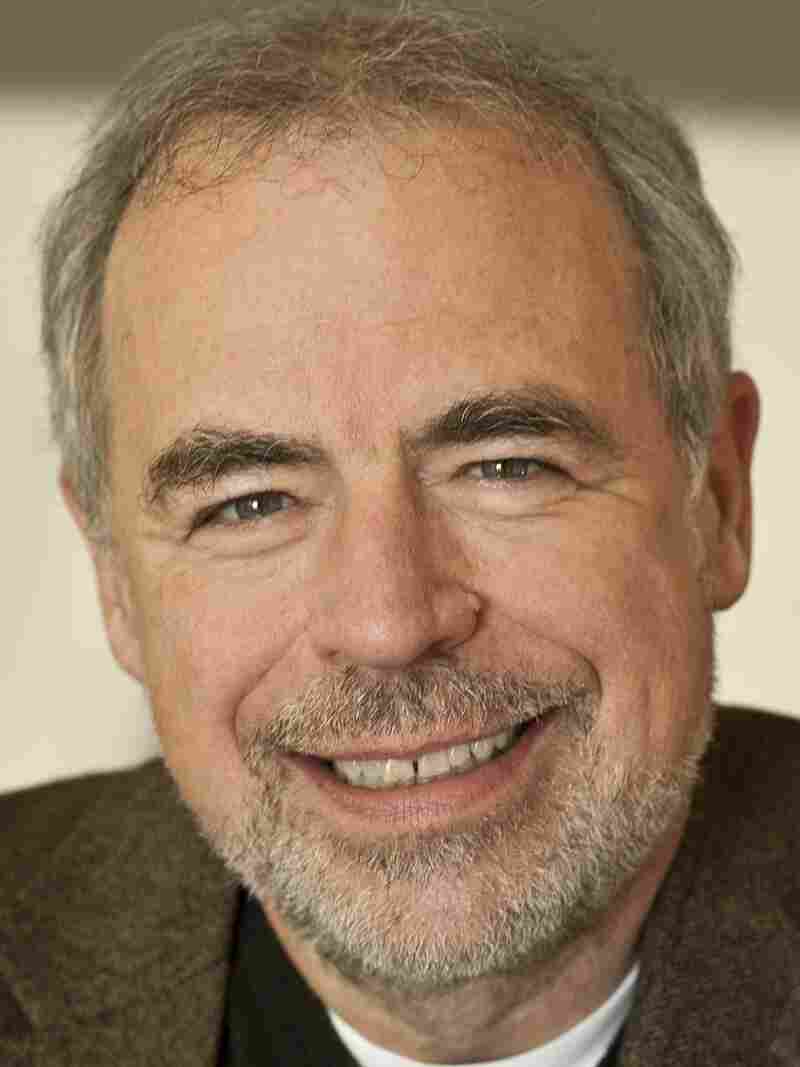 Richard Russo was awarded the 2002 Pulitzer Prize in Fiction for Empire Falls. His other novels include Mohawk and The Risk Pool. Elena Seibert/Courtesy of Knopf hide caption 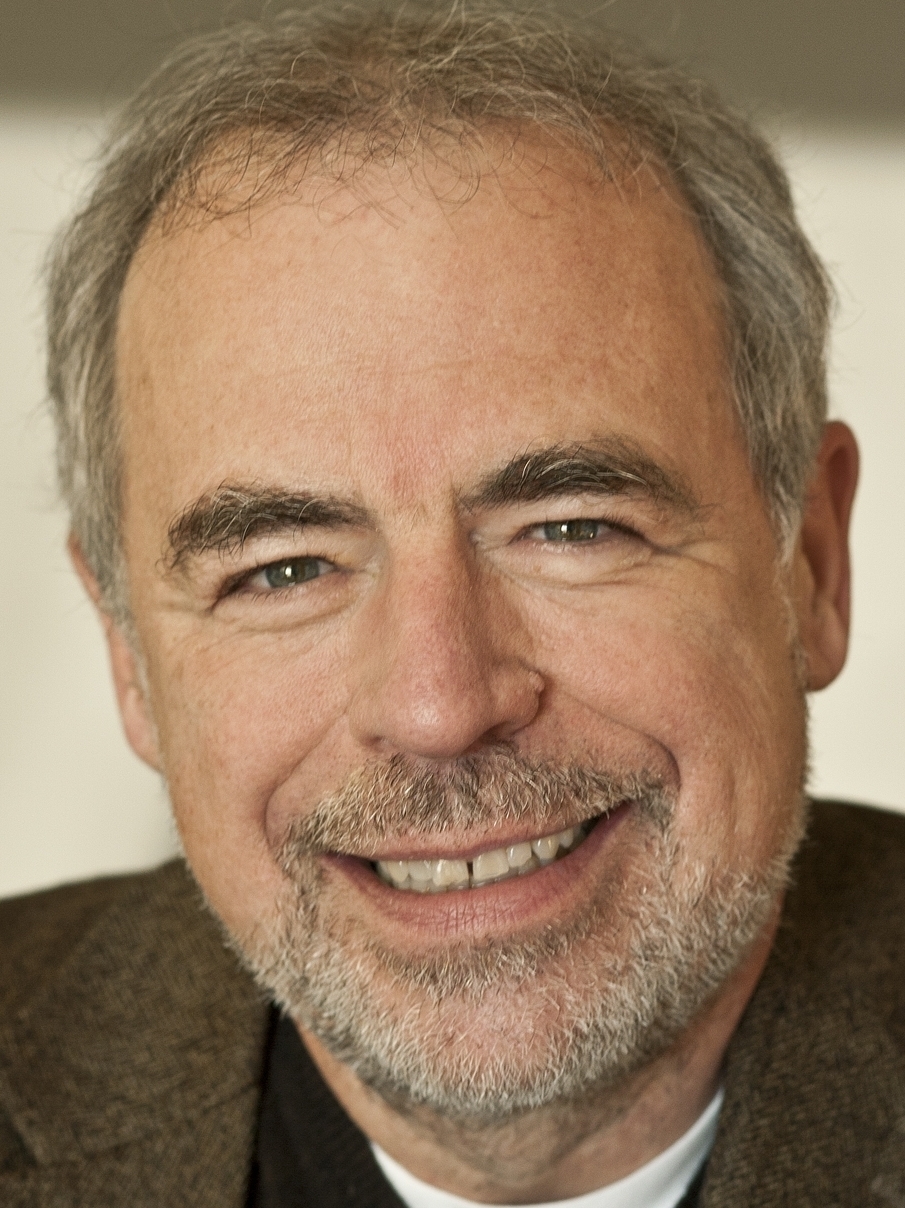 Richard Russo was awarded the 2002 Pulitzer Prize in Fiction for Empire Falls. His other novels include Mohawk and The Risk Pool.

What sucked the life out of Gloversville were some of the same vampiric forces that turned vibrant small towns into husks all over the United States in the latter half of the 20th century. The demand for gloves decreased; what factories remained skedaddled overseas; workers lost their bargaining power. In 1967, when he was 18, Russo grabbed a lifeline out in the form of an acceptance letter to the University of Arizona. But he didn't exit Gloversville alone: Sitting beside Russo in the passenger seat of his wheezing Ford Galaxy, all throughout that long cross-country drive, was his mother. She'd decided it was time to vamoose, too, and who better to escape with than the son whom she always called her "rock."

Another son, understandably, would have pressed the eject button, but Russo seems to have had reserves of compassion for his anxious, insatiably dependent mother — more compassion, in fact, than he shows for himself.

At the close of Elsewhere, when Russo's by now elderly mother has died, he berates himself for having "flatlined" on her, in latter years just going through the motions of caretaking. It's a terribly stern self-accounting and a guaranteed guilt-inducer for those of us readers who are ourselves taking care of elderly parents, with perhaps less graceful consistency.

But the refusal to go easy on himself, to settle for the standard reassurance that he did the best that he could do, is what makes Russo as penetrating a memoirist here as he is a novelist. For "thirty-five years," Russo tells readers, he and his wife joked that they "never went [away] anywhere for longer than it took for ... milk to spoil."

Although his mother's death has finally liberated Russo from his sentry duty, he's kept her under his watch by writing this intense memoir. It turns out that it's hard to shake off a lifetime routine of taking care of your own.

Read an excerpt of Elsewhere