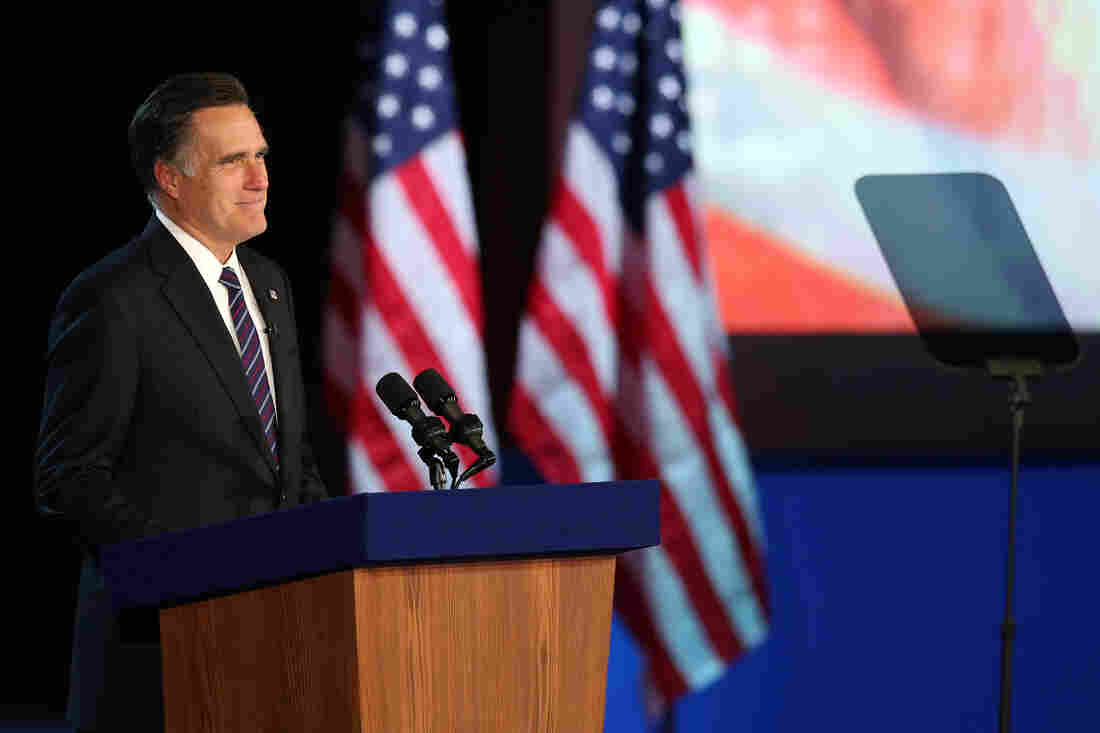 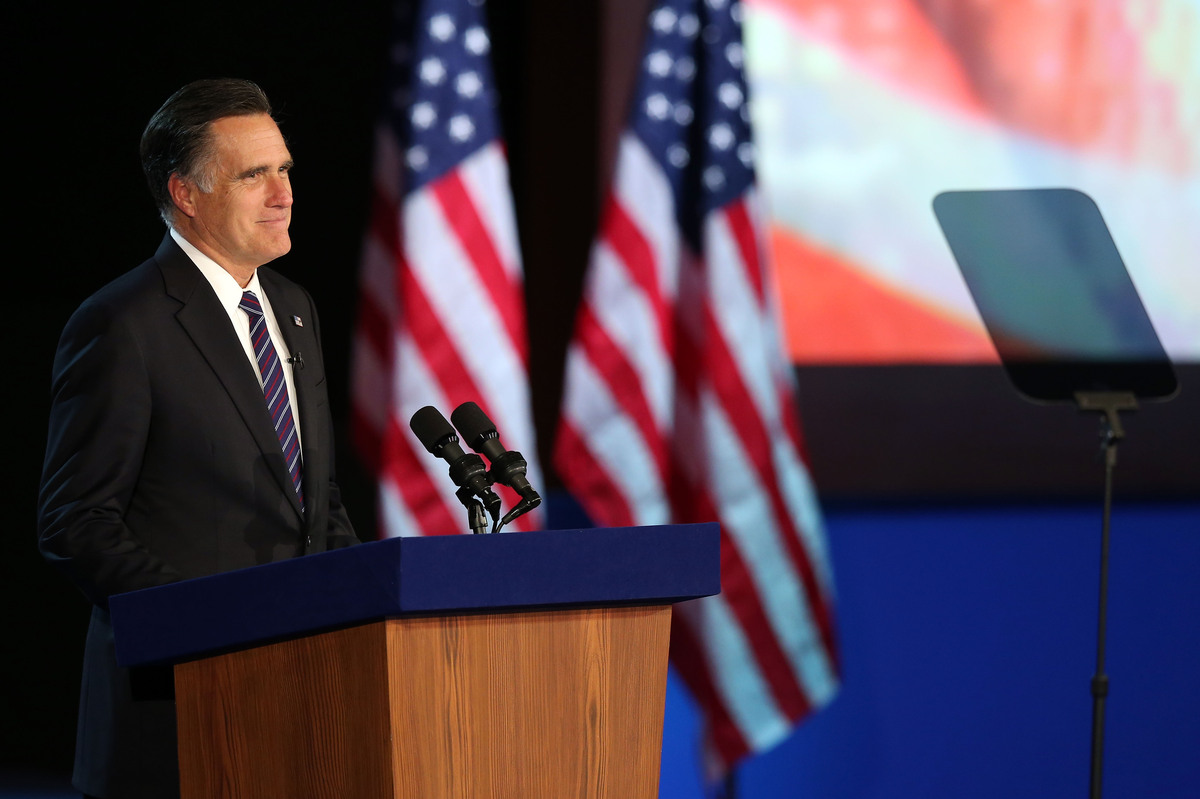 Editor's Note: NPR transcripts are created on a rush deadline by a contractor for NPR, and accuracy and availability may vary. This text may not be in its final form and may be updated or revised in the future.

I have just called President Obama to congratulate him on his victory. His supporters and his campaign also deserve congratulations. I wish all of them well, but particularly the president, the first lady and their daughters. (Applause.) This is a time of great challenges for America, and I pray that the president will be successful in guiding our nation.

I want to thank Paul Ryan for all that he has done for our campaign — (cheers, applause) — and for our country. Besides my wife, Ann, Paul is the best choice I've ever made. (Cheers, applause.) And I trust that his intellect and his hard work and his commitment to principle will continue to contribute to the good of our nation. (Cheers, applause.)

I want to thank Matt Rhoades and the dedicated campaign team he led. (Cheers, applause.) They have made an extraordinary effort, not just for me but also for the country that we love. And to you here tonight and to the team across the country — the volunteers, the fundraisers, the donors, the surrogates — I don't believe that there's ever been an effort in our party that can compare with what you have done over these past years. Thank you so very much. (Cheers, applause.)

Thanks for all the hours of work, for the calls, for the speeches and appearances, for the resources and for the prayers.

You gave deeply from yourselves and performed magnificently, and you inspired us and you humbled us. You've been the very best we could have imagined.

The nation, as you know, is at a critical point. At a time like this, we can't risk partisan bickering and political posturing. Our leaders have to reach across the aisle to do the people's work. And we citizens also have to rise to the occasion. We look to our teachers and professors. We count on you not just to teach, but to inspire our children with a passion for learning and discovery.

We look to our pastors and priests and rabbis and counselors of all kinds to testify of the enduring principles upon which our society is built — honesty, charity, integrity and family. We look to our parents, for in the final analysis, everything depends on the success of our homes. We look to job creators of all kinds. We're counting on you to invest, to hire, to step forward. And we look to Democrats and Republicans in government at all levels to put the people before the politics.

And I ran for office because I'm concerned about America. This election is over, but our principles endure. I believe that the principles upon which this nation was founded are the only sure guide to a resurgent economy and to a new greatness.

Like so many of you, Paul and I have left everything on the field. We have given our all to this campaign. (Cheers, applause.)

I so wish — I so wish that I had been able to fulfill your hopes to lead the country in a different direction. But the nation chose another leader. And so Ann and I join with you to earnestly pray for him and for this great nation.