Accessibility links
Interview: Norman J. Ornstein, Author Of 'It's Even Worse Than It Looks' President Obama has been re-elected. Democrats and Republicans have maintained their respective majorities in the Senate and in the House. So does this mean there will be more partisan gridlock? Fresh Air talks with political analyst Norm Ornstein of the American Enterprise Institute. 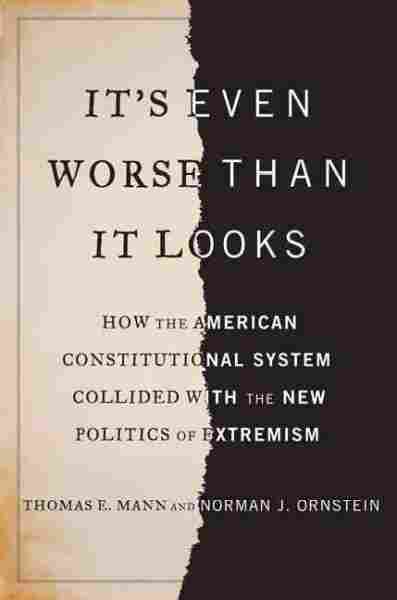 It's Even Worse Than It Looks

Title
It's Even Worse Than It Looks
Subtitle
How The American Constitutional System Collided With The New Politics Of Extremism
Author
Thomas E. Mann and Norman J. Ornstein

President Obama has been re-elected. Democrats and Republicans have maintained their respective majorities in the Senate and in the House. So does this mean there will be more partisan gridlock?

Norm Ornstein, a writer for Roll Call and a resident scholar at the conservative American Enterprise Institute, tells Fresh Air's Terry Gross that it's a mixed message.

While it's a substantial victory for Obama, Ornstein says, "I think we're going to see conflicting themes in the Republican Party. They held the House of Representatives despite low approval of Congress — didn't suffer serious losses there, and House Republicans are going to come back saying, 'We've been vindicated.' "

For moderate Republicans, Ornstein thinks Obama's victory is a crushing defeat. He says the Republican Party could become a minority party for a very long period of time when it comes to the presidency — "unless they can broaden [their] appeal, especially to Latino voters, who made up for the first time a double-digit share of the electorate and are growing."

With Congress coming back next week to deal with the so-called fiscal cliff and other issues, Ornstein says, "there's going to be a lot of soul-searching, and a lot of jockeying for position in the Republican Party. And if you're [House Speaker] John Boehner at this point, or [Senate Republican Leader] Mitch McConnell, you've got some heavy thinking to do."

Ornstein is known for his bipartisan approach to public policy. He co-founded a bipartisan election reform group and a campaign finance reform group that played a role in drafting the 2002 McCain-Feingold Act, which put some limits on campaign spending.

In his latest book, It's Even Worse Than It Looks: How the American Constitutional System Collided With the New Politics of Extremism, co-authored with Thomas Mann of the Brookings Institution, Ornstein says that although he has no partisan agenda, "it's time to acknowledge how far the Republican Party has veered towards tolerating extreme ideological beliefs and policies, and how the GOP has embraced cynical and destructive means to advance political ends over problem-solving." 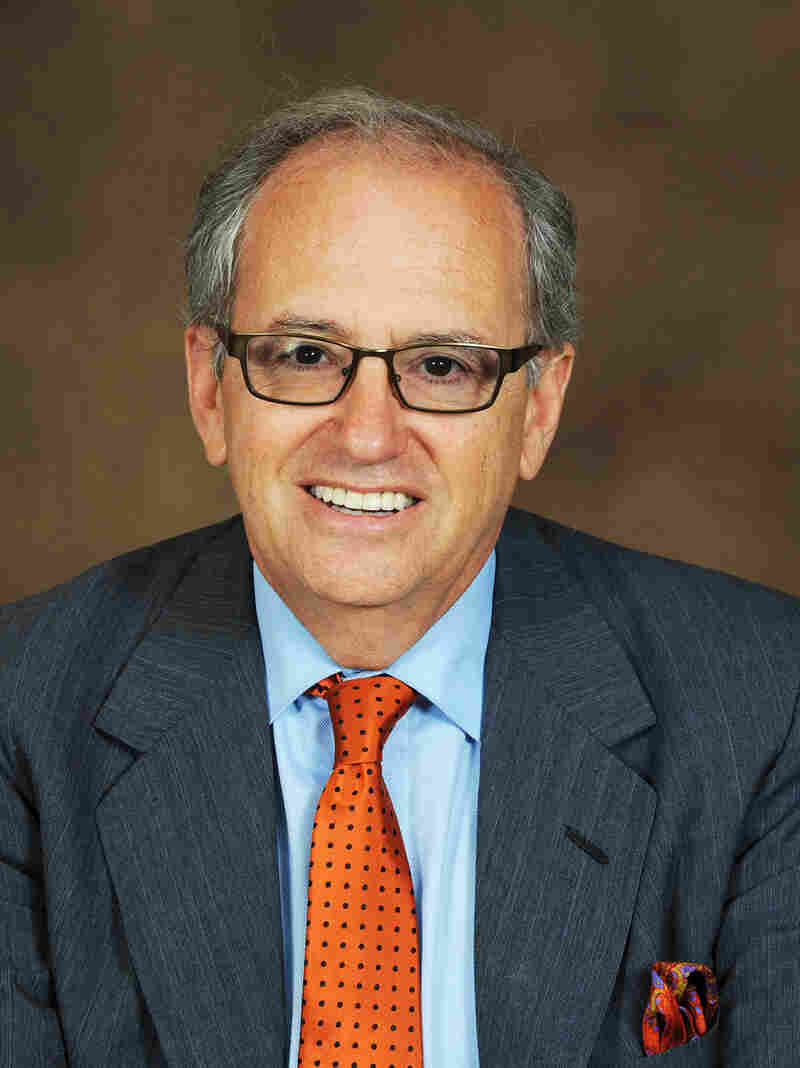 Norman J. Ornstein is a political analyst and commentator; he writes the weekly "Congress Inside Out" column for Roll Call. Peter Holden/Perseus Books hide caption 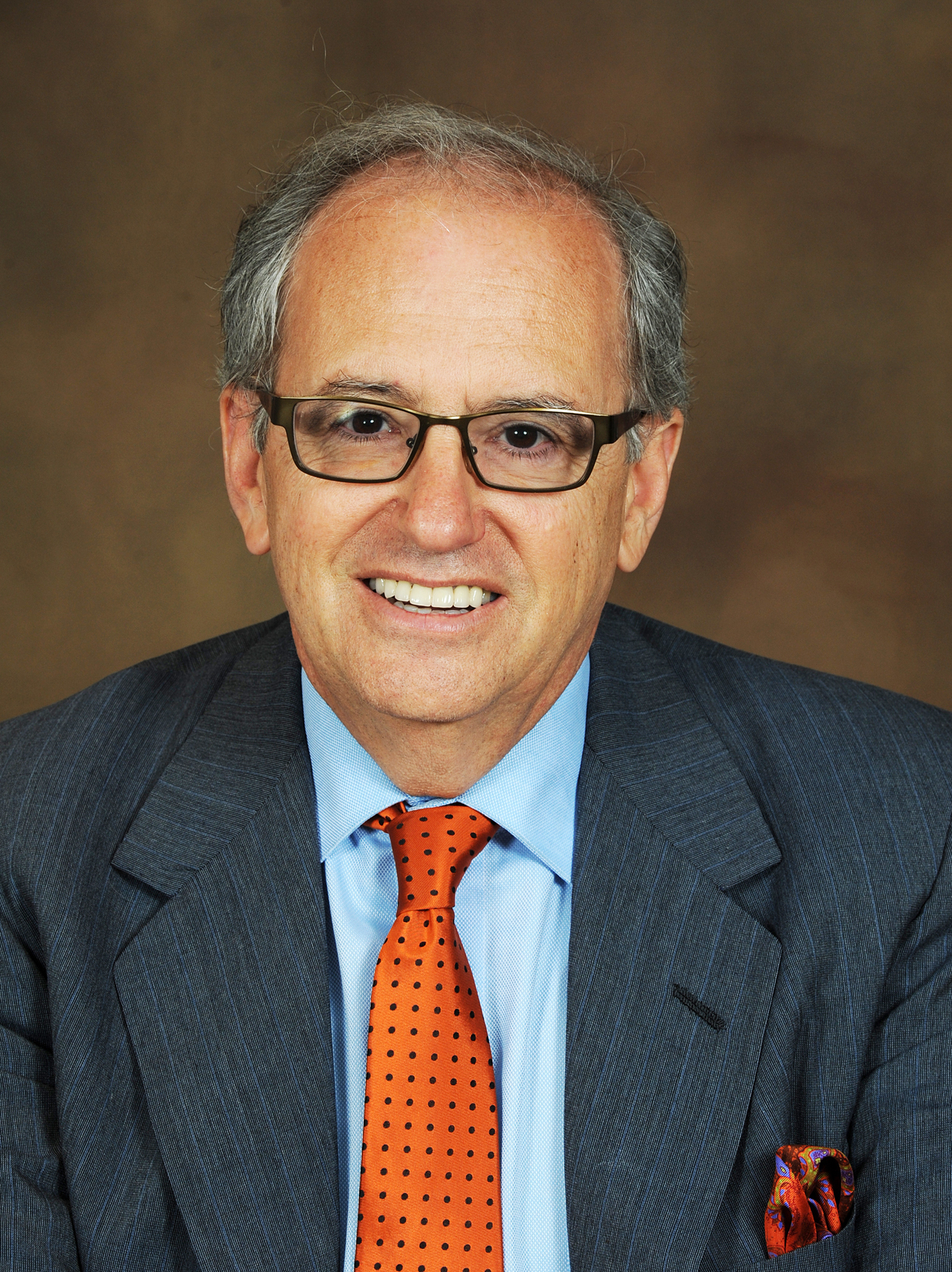 Norman J. Ornstein is a political analyst and commentator; he writes the weekly "Congress Inside Out" column for Roll Call.

On whether the new Congress will be more or less polarized

"I think it's going to be different. ... I've been thinking a lot lately about the challenge to John Boehner, the speaker. About the only way he can get things done ... is going to be to bring things to the floor that will probably have at least as many Democrats, if not more, supporting [them] as Republicans. And that is so alien to the contemporary Republican Party in the House. And it's not as if other leaders like Eric Cantor and Kevin McCarthy will have his back — they will have his back, dirk in hand. So it's a real challenge.

"And of course it becomes a huge challenge for President Obama to try and figure out how he can use inside leverage, and maybe something he didn't do much in his first term — using that bully pulpit and going to the public to try and push them to act in areas where there's an urgent need to act."

On the influence of the Tea Party post-election

"We use ['Tea Party'] as a catchall phrase ... but it's really almost the radical wing of the Republican Party. At one level it was pretty devastating, if you think about the fact that Republicans have now, in several instances, snatched defeat from the jaws of victory in Senate races where they had surefire winners: 2010 with Sharron Angle and Nevada; Christine O'Donnell in Delaware; this time in Indiana with Richard Mourdock; in Missouri with Todd Akin. This was not a good night for them at that level.

"On the other hand, almost all of the Tea Party freshmen elected in that huge class — 63 seats gained for Republicans in the House in 2010 — held on, and they have some new compatriots joining them as well. They're a serious force within the Republican Party. And of course one of the real challenges for the more mainstream and pragmatic Republicans is, how do you control those forces which bring you energy but ... can also bring you loser candidates?"

Why Ornstein would like to reform the filibuster rule

"We've seen the filibuster used in the last three or four years in ways it was never used throughout our history. And it's not just the rule — the rule's been the same since 1975 [when the Senate reduced the majority requirement from two-thirds to three-fifths, or 60 members]. It was a deliberate misuse of the rule. ... The whole idea behind Rule 22 as it is ... is that you could have a minority, not necessarily a partisan one, feel so intensely about an issue that they're willing to put themselves on the line, to debate around the clock, to sleep on mattresses outside the chamber, to take the issue to the country.

"What's happened since the rule's change in 1975, and especially in the last few years, is you don't have to do any of that. You lift your little finger and say, 'I intend to filibuster,' ... and to stop that process, the majority needs to produce 60 votes. We had a spectacle, a couple of times in the last Congress, where Democrats had to bring in 92-year-old Robert Byrd, out of his hospital bed basically ... to provide that 60th vote. And instead, if you basically say, 'If you want to keep blocking action, [to] keep debate going, you have to consistently provide the 40 votes' — it's different.

"It used to be that before we had this last change, it took two-thirds of those senators [who were] present and voting. So if the majority said, 'You want to bring the place to a halt, we'll do that, we'll go 'round the clock,' [then] the minority had to keep its members around — because if they didn't show up, you could get two-thirds of 50 ... members of the majority to stop debate and move forward.

"Now, the minority only has to keep one or two people around to note that there's no quorum of a majority of members, and to block unanimous consent action. And it's the majority that has to keep its members on the couches and the mattresses going around the clock, so it doesn't work in the traditional fashion."

"We are the only country that does this. Every other democracy uses independent authorities to handle the administration of elections. And basically it's got a couple of roots; the single largest root is we have traditionally handled elections at the state and local level. Now, that includes of course all the federal elections, and Congress does have the constitutional authority to regulate the time, manner and place of federal elections. [But] we've left it to the states, and the states, over many decades, decided that elected officials, secretaries of state, would [be] running elections.

"Nobody, I think, thought this through, [and] the result was something that is really terrible. It's the equivalent of having an NFL game where the referees are part owners of one of the teams. It's just a terrible way to run an election process. It evolved without forethought, but now it's there."

Read an excerpt of It's Even Worse Than It Looks