Accessibility links
Interview: Andrew Solomon, Author of 'Far From the Tree' | When Kids Fall 'Far From The Tree' Sometimes a son isn't a chip off the old block, and a mother isn't anything like her daughter. Straight parents have gay kids; hearing parents have deaf kids; and autistic kids are born to parents who don't have autism. In a new book, Andrew Solomon looks at how families cope with their differences. 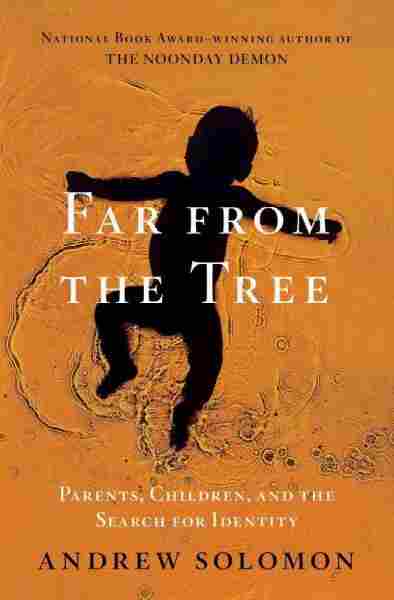 As the old saying goes, the apple doesn't fall far from the tree. In other words, the child takes after the parent; the son is a chip off the old block.

That's the kind of family Andrew Solomon has written about in his new book, Far From the Tree. In it, Solomon chronicles the lives of families in which the kids are, in one way or another, different from their parents. He explores how some of those differences come to be viewed as disabilities, while others are seen as part of that child's identity.

He joins NPR's Robert Siegel to discuss how differences can sometimes serve to unite families, rather than isolate them.

On vertical and horizontal identities

"I've divided identities into two categories. There are vertical identities, which are passed down generationally — so, ethnicity is hugely a vertical identity, nationality usually is, language is, often religion is. These are things a child has in common with his parents. But there are many other ways of being that tend to occur for parents who don't anticipate them. ... You have parents who perceive themselves to be 'normal,' whatever that means, and they have a child who has a condition which they often perceive to be 'abnormal.' And those children often grow up with the sense that the way they are is really a tragedy, and it would be great if they could change and fix that. And then in adolescence, frequently — sometimes earlier, sometimes later — they discover other people who are like them in their peer group. And so I've called [that] a horizontal identity because of the way it reaches out across, sort of sideways."

"I found as I did the research that each of these individual differences felt very isolating to the people who were experiencing [them]. But then, in fact, there was an enormous amount that the parents dealing with these things all had in common. And ultimately it seemed to me as though difference was not something that isolates people, but rather something that unites people. And I thought, if the people who were dealing with autism could understand how similar this situation is to the parents of people with remarkable gifts who are prodigies — or to gay people, or to transgender people, or to dwarfs — if they could understand how much they all have in common, a lot of the isolation of those conditions would be mitigated." 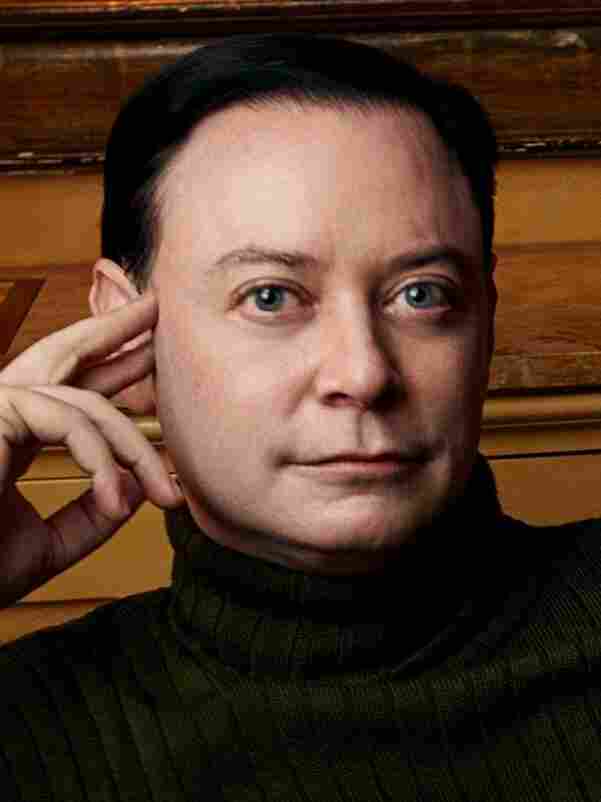 Andrew Solomon's 2001 book, The Noonday Demon, won the National Book Award for nonfiction and was a finalist for the Pulitzer Prize. Annie Leibovitz/Courtesy of Scribner hide caption 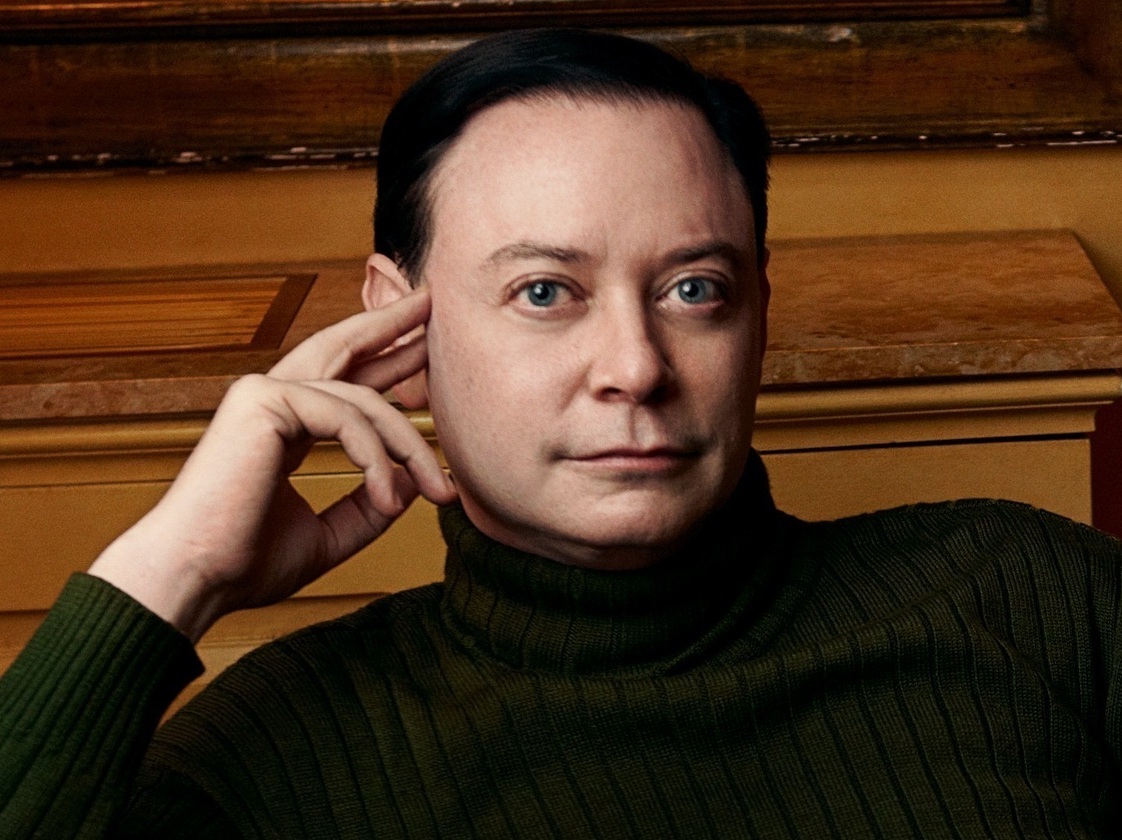 Andrew Solomon's 2001 book, The Noonday Demon, won the National Book Award for nonfiction and was a finalist for the Pulitzer Prize.

On the difference between disability and identity

"I think it's important for us to recognize that the idea of disability, and really the idea of illness, is an idea that's really very much in flux. When I was born, the wisdom was that homosexuality was an illness, that it was caused largely by somebody's mother and a distorted relationship with the mother, and that people who had it should be treated for it. And now, as I live my life — married to a husband with kids — it's an identity, for me at least. I know there are some people who are still experiencing it as an illness. Having had that experience, I recognize the fluidity of these categories. So do I think that deafness is an identity in which I would be comfortable? No, I'm very fond of my hearing. Here I am on [the] radio. But do I think there are people for whom it is primarily an identity? Yes, absolutely."

On the story of Solomon's own post-nuclear family, which begins and bookends Far From the Tree

"When I met John, who is now my husband, he told me that he had had some friends, Tammy and Laura, for whom he had been a sperm donor, and that they had a son named Oliver, of whom he was the biological father. A few years later, they asked him to be a sperm donor again, and they produced a daughter, Lucy. A good friend of mine from college had gone through a divorce and said that she really longed to be a mother, and I said how much I would love to be the father of her child. And so we decided to produce a child through an IVF process. John and I then wanted to have a child who would live with us all the time, and we decided to use an egg donor, and Laura, the lesbian who had carried Oliver and Lucy, offered to be our surrogate as a way of thanking John for providing her with a family. So the shorthand is: five parents of four children in three states. ...

"I'll tell you that we recently had a friend to dinner who said to me after dinner, 'I'm sure there should be a name for this relationship, but I just wanted to say how much I enjoyed talking to the daughter of the partner of the mother of your daughter.' And I said, 'We've had a lot of relationships for which there are no words.' "

"My assumption is that they will be heterosexual. I've certainly seen no evidence to the contrary, and there's no evidence that children of gay parents are more likely to be gay. And I don't particularly want them to be gay, though I certainly wouldn't mind if they turned out to be gay. A lot of people said to me, 'Gosh, you decided to have children in the middle of writing this book about all of these terrible situations?' And I really felt that I was looking at these terrible situations and thinking, here are all of these parents, they're dealing with so many challenges and so much difficulty, and yet they love their children, and almost none of them regret having had children — very few of them anyway do. And I thought if all of these people could love all of these children, then I think I'll be able to love mine whoever they are."

Read an excerpt of Far From The Tree