Accessibility links
Movie Review - 'Skyfall' - Bond Is Back And Living Up To His Reputation Film's most iconic superspy is back in his 23rd movie, Skyfall, and the franchise's 50th-anniversary release doesn't disappoint, says NPR's Bob Mondello: With director Sam Mendes' sleek vision and a superb supporting cast, Skyfall may be one of the best Bond films to date. (Recommended) 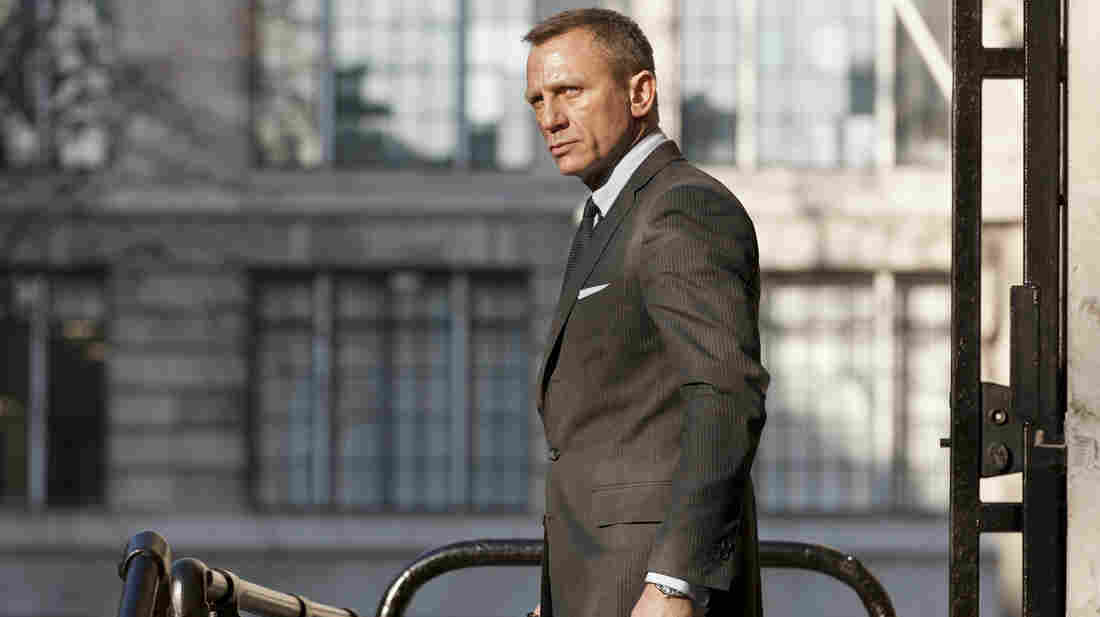 Daniel Craig returns for a third outing as James Bond in Skyfall, the 23rd installment in the spy movie franchise, and its 50th-anniversary release. Francois Duhamel/Sony Pictures hide caption

Rated PG-13 for intense violent sequences throughout, some sexuality, language and smoking

Istanbul: Somebody's stolen a hard drive with info sensitive enough that ... oh, who cares? Bond is giving chase, and that's all that matters — cars careening through bazaars, motorcycles flying across rooftops until Daniel Craig's 007 lands atop a speeding train.

"Atop" is a problem, though; how to get inside? Maybe by commandeering a derrick from a car in back, ripping a hole in the roof of a passenger car and leaping through the hole just as the back of the car tears off. Landing in the aisle, Bond straightens his jacket cuffs, squares his shoulders and heads off to get the bad guy.

Imagine Bourne doing that. Oh, sure, he could do the leaps and stunts — but the cuff-check? No way. Seals the deal. And we're not even to the opening credits yet.

Viewers with long memories will be aware that 007 knows this territory. Both trains and Istanbul figure in From Russia With Love, the second — and to many of us the best — Bond film thus far. Skyfall's blistering Turkish opening is the first hint (of many; there's an Aston Martin coming) that director Sam Mendes is deliberately calling up the good old days, back when Q (Ben Whishaw in this new incarnation) wasn't handing out quite so many implausible gizmos, and when Sean Connery was the only imaginable Bond.

Happily, Daniel Craig cements the case he made as a worthy Bond successor a few years back in Casino Royale (let's all agree to forget Quantum of Solace). There's a gritty, real-world feel to Skyfall that makes good use of Craig's down-to-earthiness.

This time, though, he's got Mendes and the much-admired cinematographer Roger Deakins behind him to make those big set pieces seriously sleek. Wait'll you see the vertigo-inducing fight in Shanghai, backlit with building-sized video displays. Spectacle, these guys can do. 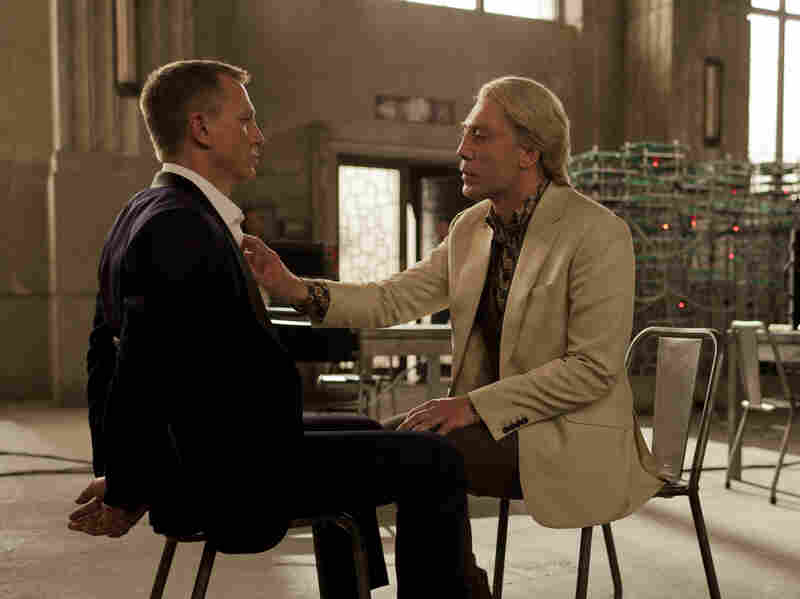 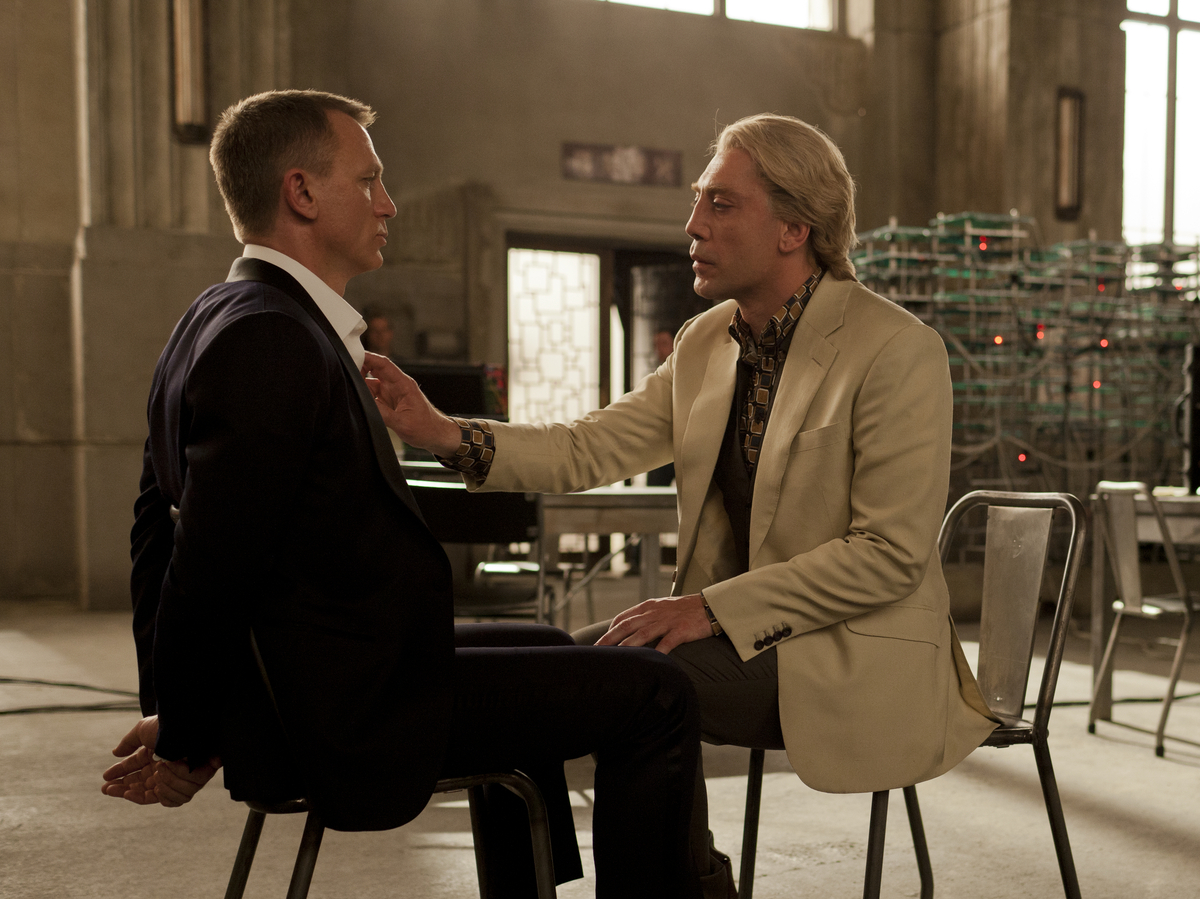 Javier Bardem is the latest supervillain to make life difficult for 007.

Also creepy Bond villains, with blond-coiffed Javier Bardem the latest in a line of bad guys who feel the need to explain things before they dispatch our hero with unexpected tricks — in, say, the bowels of London, or on an isolated estate in Scotland. (Why Scotland? Well, maybe because Connery had a brogue. Doesn't matter. Cool isolated estate, with Albert Finney lurking for reasons I should probably leave unsaid.)

The stars and the explosions are backed up by plenty of class — Ralph Fiennes as M's new boss, Naomie Harris and Berenice Marlohe as a couple of the requisite Bond beauties, and Judi Dench finally given the space to turn M into a full-bodied character.

Arguably, Skyfall's finale is too drawn out, but it leads to a payoff rewarding enough that you'll hear no complaints from me. You'd think that 50 years in, the Bond series would be gasping for breath, not leaving you breathless. (Recommended)