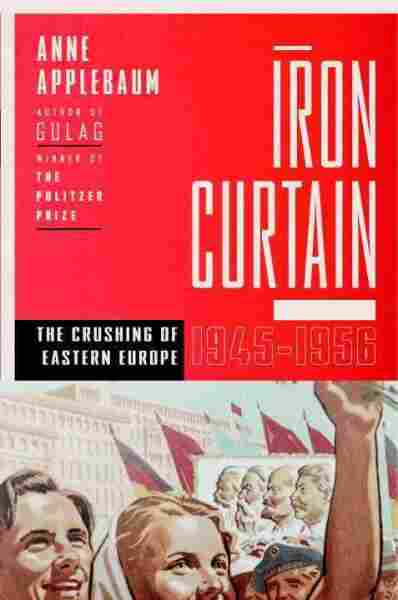 If you read Anne Applebaum's Iron Curtain as a manual on how to take over a state and turn it totalitarian, the first lesson, she says, would be on targeted violence. Applebaum's book, which was recently nominated for a National Book Award, describes how after World War II, the Soviet Union found potential dissidents everywhere.

The Soviets tried to control as many aspects of life as possible in the Eastern European countries they took over, Applebaum says. Everything was a potential source of dissent. "If you say, 'All painters have to paint like this because the state says so,' and then when one painter says, 'I don't want to do it that way; I want to paint an abstract painting,' then you've made him into a political dissident, even if in another society, he would have been apolitical," she says.

There were also efforts to control mass media, and radio in particular. "The radio was definitely the one institution that all of the communist parties cared about controlling right away," says Applebaum. "They believed very deeply in the power of radio, and they believed in the power of propaganda, and of their own ability to convince people."

Some of the radio shows were question-and-answer programs filled with praise for Soviet activities. Other call-in programs invited callers to share their problems; the solution always involved the Communist Party. As the shows became cruder and more propagandistic, they'd simply broadcast leaders' speeches, Applebaum says. "Or they would broadcast interviews with happy workers and happy peasants who agreed with everything the party was doing."

"They began in the Soviet Union. ... They were trials of communist leaders and officials who were accused of spying, or they were accused of being traitors ... and they were scripted in advance, so the suspect would be beaten or tortured or bribed or otherwise convinced to go along with the process. He would then be examined on the witness stand according to a predetermined text; This would all be put on the radio, it'd be recorded in the newspapers, and he would confess to a series of crimes. ... 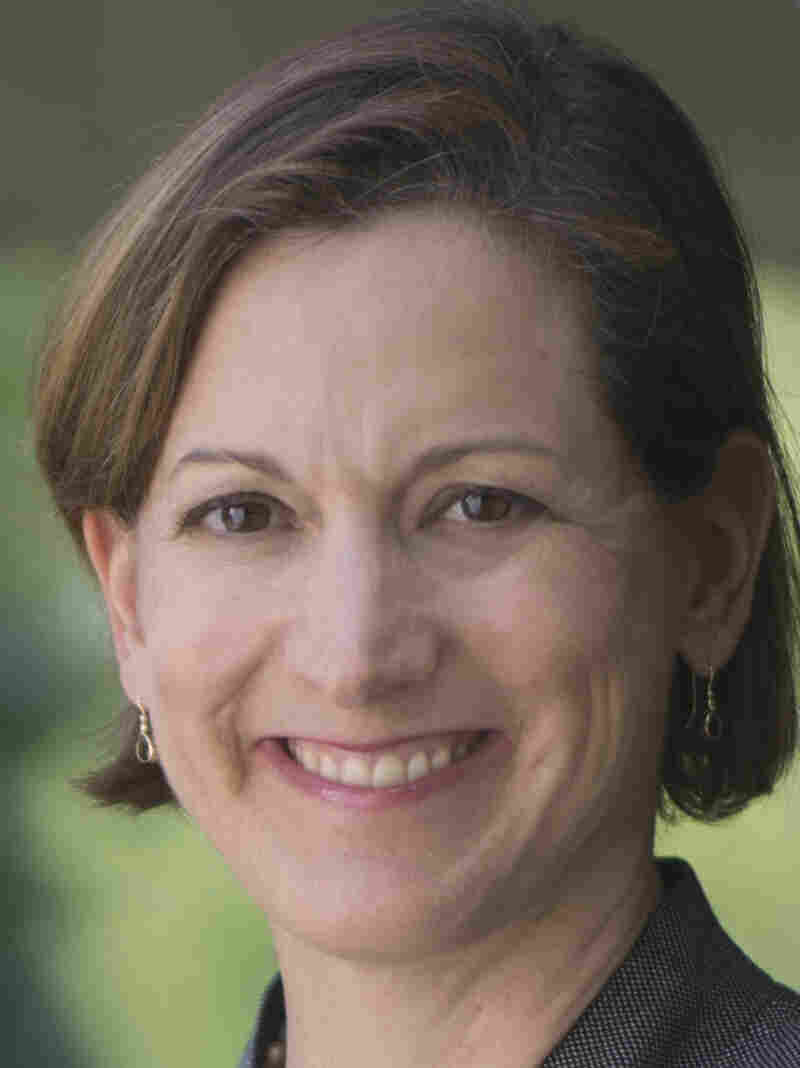 Anne Applebaum is a columnist for The Washington Post and Slate. Her 2003 book, Gulag: A History, won the Pulitzer Prize for nonfiction. James Kegley/Doubleday hide caption 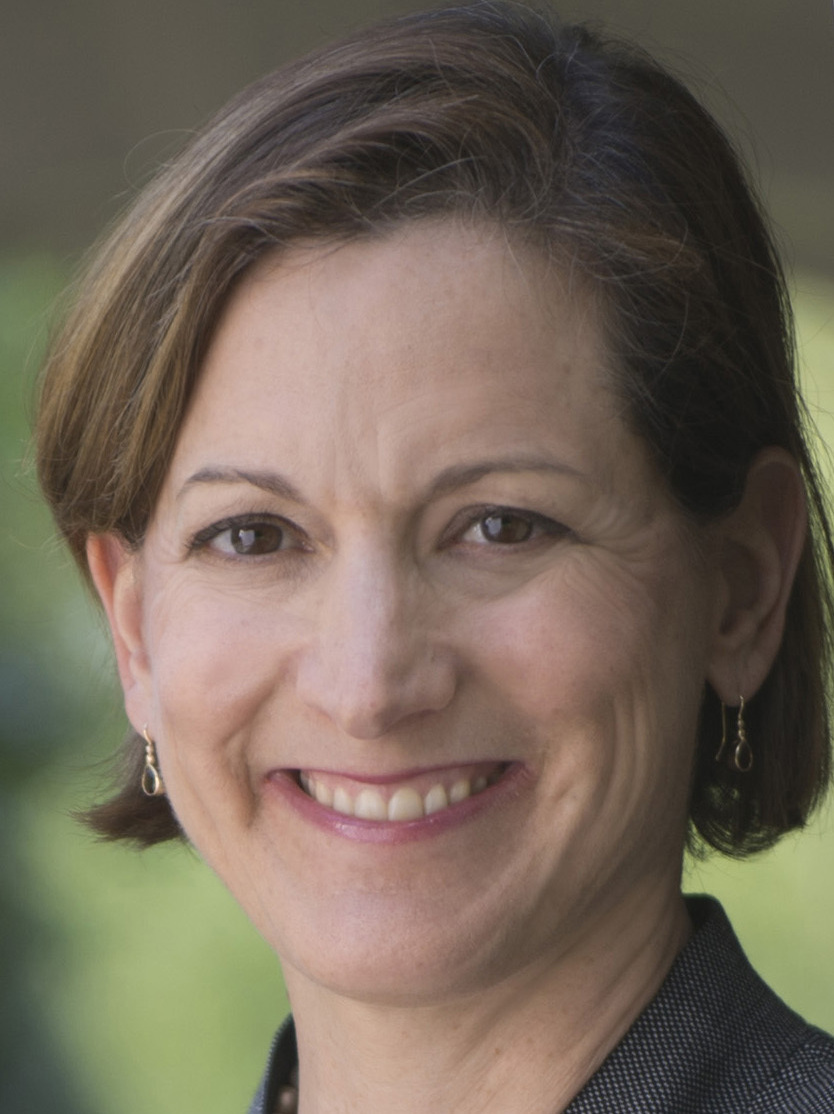 Anne Applebaum is a columnist for The Washington Post and Slate. Her 2003 book, Gulag: A History, won the Pulitzer Prize for nonfiction.

"These show trials had several functions: They were designed to intimidate people, to intimidate people particularly inside the party, since they were often trials of party leaders; and they were intended to show the power of the state ... and people never quite knew if they were true or not, so they created a lot of public anxiety."

"The church in Poland was the one church in the region that resisted this kind of [Soviet] attempt to undermine it most effectively. There are multiple reasons why this was possible. One is that the church had served that function before, both in Nazi-occupied Poland and in 19th-century Poland, which was also occupied by foreign powers. The church had always fulfilled this function of having a kind of status as an organ of resistance, so it was more able to fight back.

"The Polish church was also helped by very wise leadership, not all of which looked wise at the time. The head of the church in this period was Cardinal Wyszyński, Stefan Wyszyński, who actually made attempts to accommodate the Soviet regime, with the Polish communist regime, and he signed treaties with them, he tried to talk to people, he made an attempt to protect what he could inside the church. He didn't attempt to be a dissident or to protest loudly, for which he was very heavily criticized at the time and later. But to some degree, he protected the church, and by appearing to be accommodating, he allowed church to survive this period."

The World Reacts As The Wall Comes Down

On the fear of abstract art in communist culture

"The fear of abstract art is that it could be interpreted in many ways, and who knows what you could read into a painting that didn't have a clear message? One of the obsessions that the Soviet Union and the Eastern European communist parties had was always controlling the message — all information that everybody gets has to be carefully controlled and monitored. Art was no exception. Art was supposed to tell a story, it was supposed to have a happy ending, it was supposed to teach, it was supposed to support the ideals of the party. There was no such thing as art for art's sake, and there was no such thing as art reaching into some kind of spiritual, wordless realm. No, art was done in service of the state, and it was something that was going to help mold people and create citizens who do what the state tells them, and who follow the rules."

On forcing people to participate in parades, flag waving and song singing

"When you make people participate in those kinds of politics, you can make them do it — and they'll do it, but you don't make them happy. And very often, the instant they don't have to do it anymore, they'll stop. By coercing people, they created an opposition to themselves."

"There are essentially two kinds of reasons [for the collapse of communism]. ... One was the discomfort people had with the way the system worked, and their embarrassment and shame at having been made to go along with it. The second reason was the gap that always existed between Marxist, Leninist propaganda and ideology, and what was happening on the ground. The idea of social realist art and of Marxist journalism was that: 'We're going to tell people not what things were like, but what they should be like, and what they will be like, and we'll get them to keep focusing on the future.'

"In conjunction with that, the state made promises about economic growth ... and actually it never happened ... and by the '70s and '80s, the difference between Western Europe and Eastern Europe was vast. ... The gap is enormous. Everybody can see it and knows it, and that eventually undermined the ideology not only among ordinary people and workers, but inside the party. People could no longer say with a straight face, 'Our system is better and it's working well,' when it was patently not doing so. So it really was a combination of the economic failure of the system and, if you would, the ideological failure."

Read an excerpt of Iron Curtain