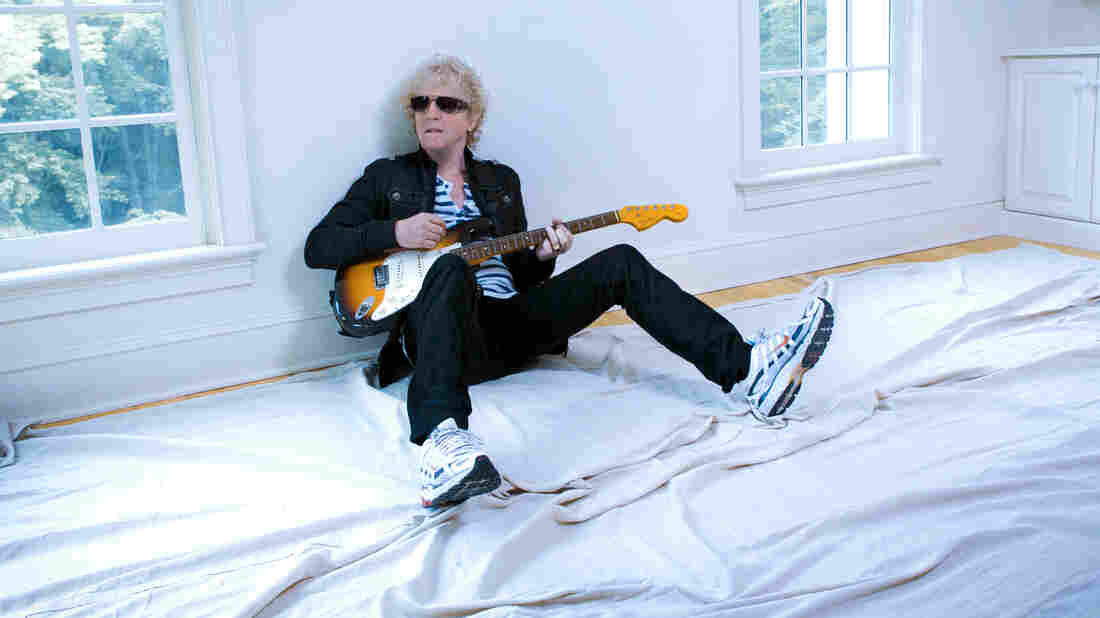 After the pioneering glam-rock band Mott the Hoople dissolved in 1974, Ian Hunter kicked off a solo career that stalled in the '80s. It took the death of Hunter's close friend and Spiders From Mars guitarist Mick Ronson in 1993 to reinvigorate his music career. But one thing has remained constant: Whether with Mott the Hoople or in politically charged albums nearly 40 years into his career, Hunter has never held back. Ironically, his 20th solo album, When I'm President, is among his least political records in recent years.

After 2007's Shrunken Heads and 2009's Man Overboard showcased Hunter's frustration with George W. Bush, Hunter bares his own soul on When I'm President, which was released in September. Gently introspective numbers like "Black Tears" and "Fatally Flawed" balance out rockers like "I Don't Know What You Want" and "Wild Bunch," highlighting Hunter's trademark rock 'n' roll versatility. On this edition of World Cafe, Hunter discusses his creative renaissance with host David Dye and plays three tracks from When I'm President.