Accessibility links
Daniel Day-Lewis On Creating A Voice From The Past The actor portrays Abraham Lincoln in the new movie Lincoln; he tells NPR's Melissa Block about one challenge the role posed — figuring out what the 16th president might have sounded like. 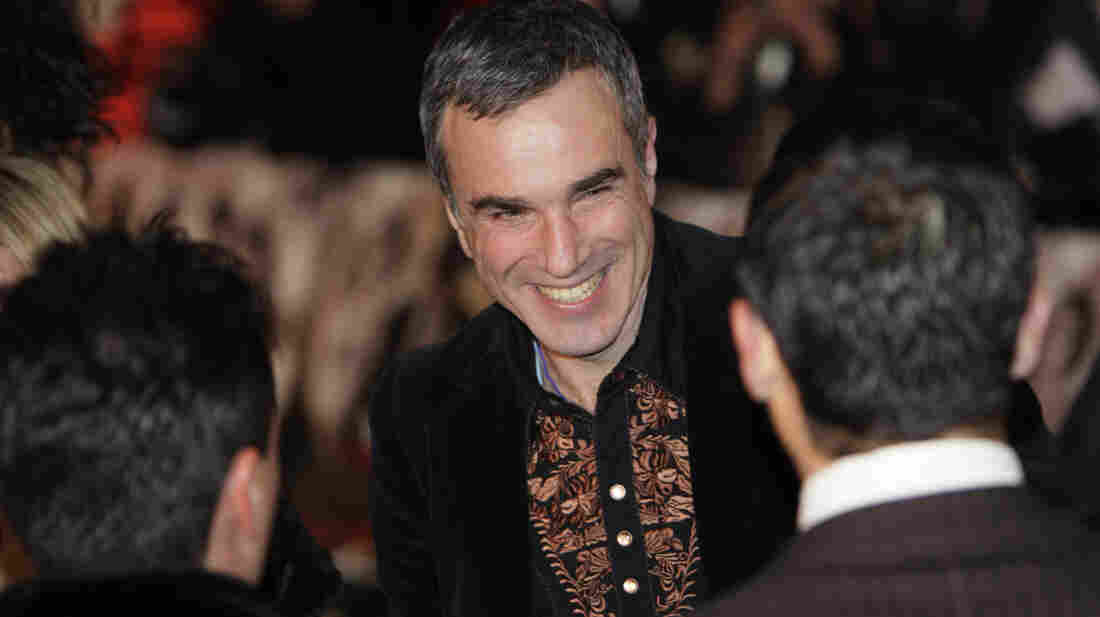 Daniel Day-Lewis is known for his intense preparation for roles in films such as There Will Be Blood. Lefteris Pitarakis/AP hide caption

Daniel Day-Lewis has won two Academy Awards for fully immersing himself in his characters in There Will Be Blood and My Left Foot.

Now the British actor is taking on one of America's most iconic figures in Steven Spielberg's Lincoln, playing the 16th president during the final months of his life. Day-Lewis tells NPR's Melissa Block that it was a daunting prospect — but that ultimately Lincoln was a surprisingly accessible figure.

On playing such an iconic figure

"He has been mythologized to such an extent, and therefore dehumanized. And of course the minute you begin to look for him, you find him very easily, because he's so accessible. As he was in his life, so he is now. And part of that great accessibility is through his own words and the richness of his writing, both in the beautiful speeches ... [and] also the letters as well — the very intimate and personal letters. And they create this wonderfully broad avenue that leads you right to him.

On crafting the voice he uses when playing Lincoln

"At a certain moment I choose to believe [that it's a good approximation] because I need to believe. But that doesn't mean that there's no element of doubt lurking there. 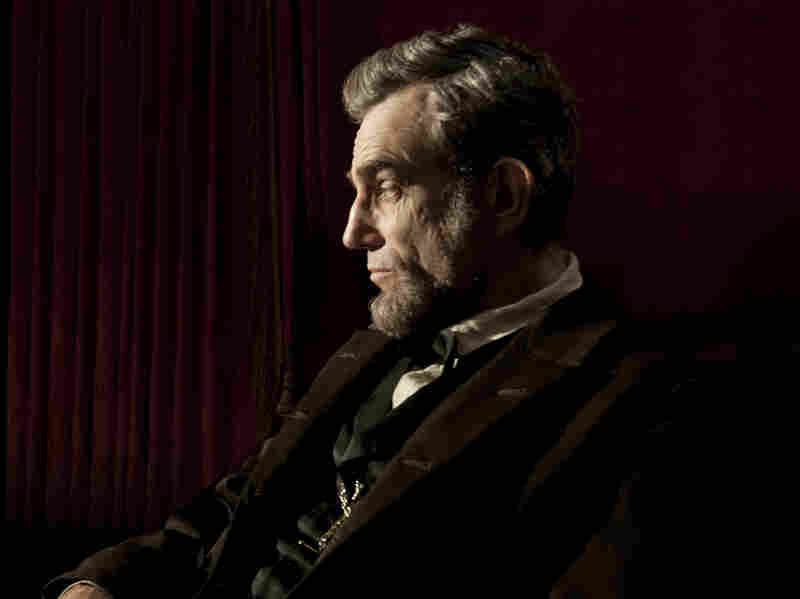 Day-Lewis used firsthand accounts of Abraham Lincoln's speeches, along with his personal letters, to develop a voice and a style for Steven Spielberg's biographical drama. David James/DreamWorks hide caption

"Luckily with something of this kind, no one can categorically say that I didn't [get it right] because there are no recordings, so there's a great freedom there. But you take all the clues that you can. We have a number of contemporary accounts about the pitch of his voice, referring to the fact that he had a high-pitched voice or spoke in a fairly high register.

"That made complete sense because, as a stump speaker, he seemed to appear to be able to reach substantial crowds of people, and I — it seemed to me quite likely that a higher-registered voice would reach further. But, you know ... you kind of break it all down. ... [Y]ou have to allow your instincts to work as the pre-eminent source of most decisions. In other words, most decisions need to seem to make themselves.

"The thing that commonly I look for or listen for, and if I'm lucky, I hear, is the sound of a voice. And if it pleases me, if it seems right, I then set about trying to reproduce that voice, which is a whole other thing. You don't necessarily manage to find that ... with your own voice.

"I learned a few of my favorite passages of Lincoln's, and I spoke his words every day and just kept trying to move towards a sense of familiarity with something that felt right."

On playing a fun Lincoln

"There are so many contemporary accounts, very vivid ones, of his storytelling and his anecdotes. Somebody said to him, you know, accused him of being two-faced, and he said, 'Well, look, if I had another face, do you think I'd be wearing this one?'

"There was humor, really, it was in the forefront of his spirit, I think, humor. I think he probably used it often to buoy his spirits at times when the alternative was just too bleak to contemplate."

"I'm not really a storyteller myself — I tend to get all tangled up when I try and tell stories. ... [S]torytellers are particular people. It's a compulsive thing, they can't stop telling stories. They can't stop telling the same story over and over again. They keep — and they always begin with the, 'Did I — did I ever tell you?' And before you can even begin to, 'Actually, you did yesterday,' they're already in the story. And luckily, you know, in the case of a good storyteller, they can make it come alive time and time and time again. But one feature that I've, I've always noticed with storytellers is that they just love, they love their own humor. And I like that self-indulgence."