Accessibility links
A Veteran's Standing Ovation, 70 Years In The Making When peace was declared at the end of World War II, Army veteran Harold Van Heuvelen did something different than his troop mates — he wrote a symphony. This week he traveled to Virginia to hear it performed for the first time. 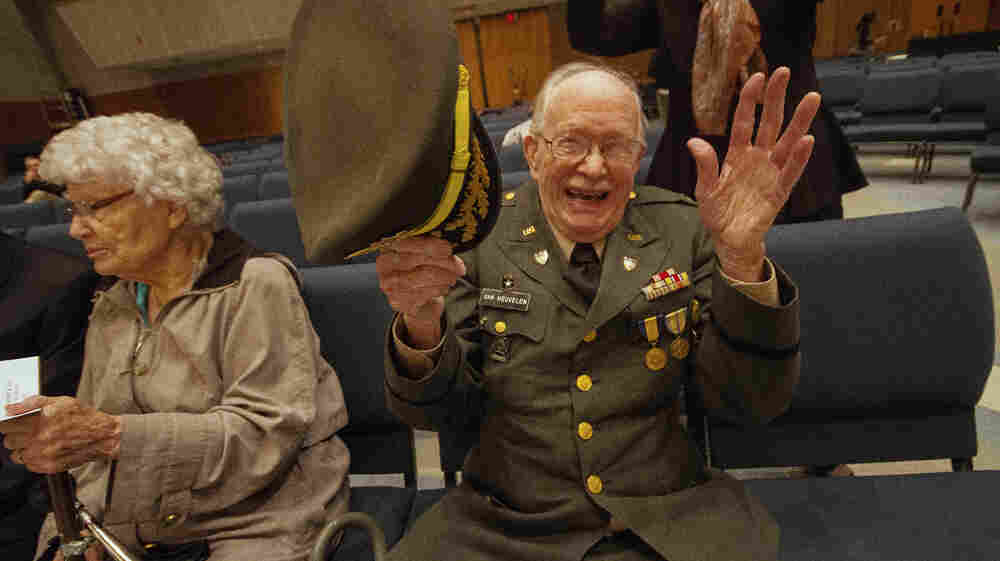 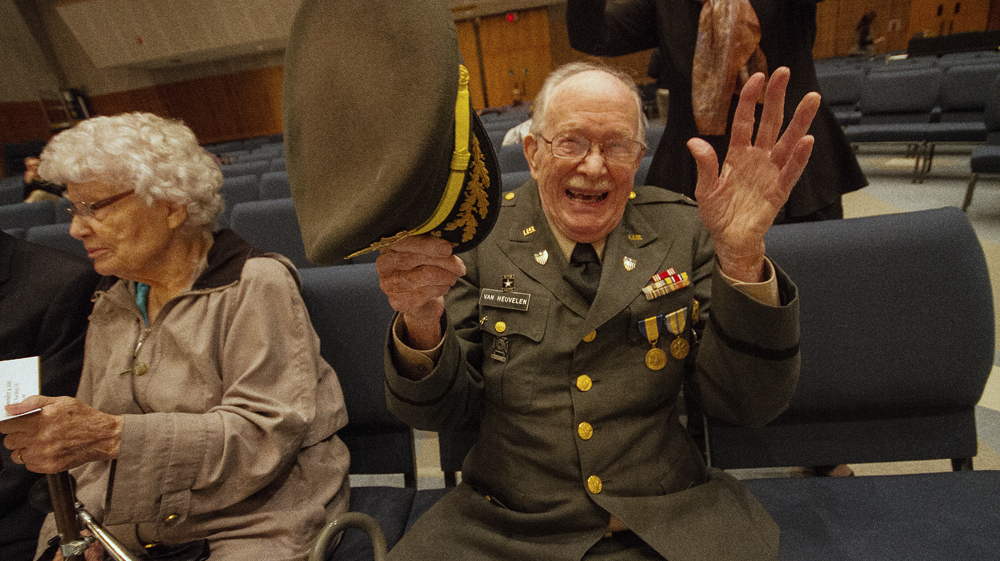 This month, a symphony composed by World War II veteran Harold Van Heuvelen had its premiere.

When you reach a certain age, big life surprises tend to come few and far between, unless you're Harold Van Heuvelen. Van, as everyone calls him, has had a blockbuster week full of dreams fulfilled. The story of his dream starts more than 70 years ago, on Dec. 7, 1941.

Van Heuvelen enlisted in the Army after Pearl Harbor. He was posted to a base in New Orleans as an instructor for recruits. He spent the war stateside, training men who were being shipped out to Europe and the South Pacific.

"When the peace came along in Europe in April of 1945, we just practically sat there without anything to do," he says. "Most of the gentlemen drew house plans because they were thinking they were going to get out of the service pretty soon. And I wrote a symphony."

Van Heuvelen started composing at age 8 and studied music in college, writing a violin concerto when he was only a junior. The symphony, though, was a huge undertaking: more than 200 pages of music, which he wrote thinking he might still be sent overseas.

"The rumor was that we were going to be shipped to Japan," he says. "And then Hiroshima/Nagasaki came along, and that ended the war completely."

Van Heuvelen finished the symphony and even got it in front of Leonard Bernstein a few years after the war. But he wound up getting a job teaching music in the public schools of Bismarck, N.D.

The story could have ended there. Click the audio link on this page to learn how Van Heuvelen's opus was revived decades later and finally saw its debut.