Accessibility links
What An All-Female Delegation Says About New Hampshire For the first time in U.S. history, the congressional representation of a state will be made up entirely of women. It's a first that follows a pattern in New Hampshire, where Gov.-elect Maggie Hassan says voters share the "ability to make decisions regardless of gender." 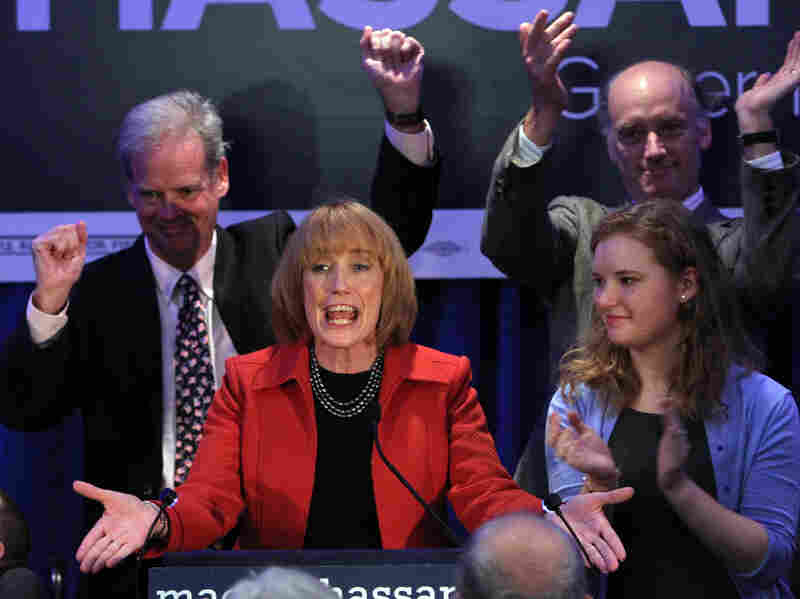 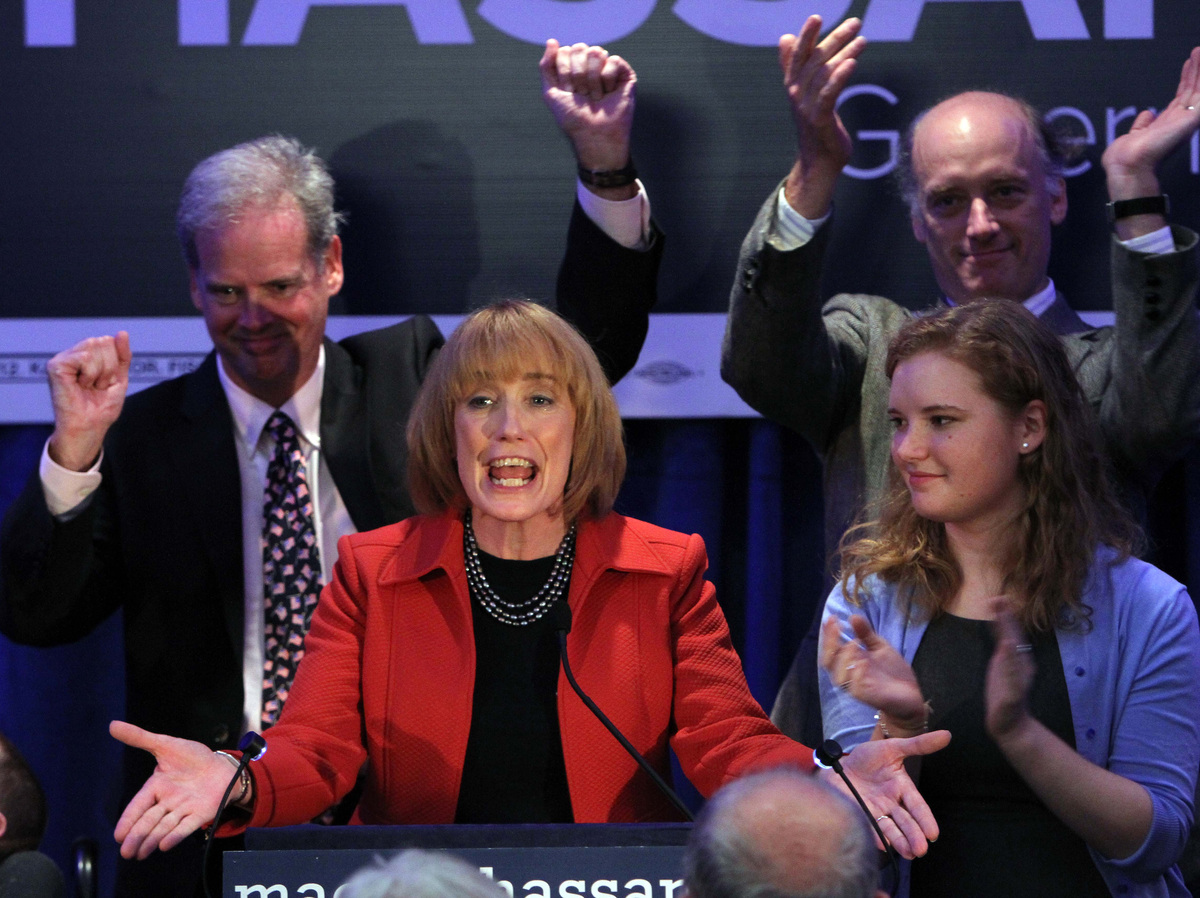 Maggie Hassan was elected governor of New Hampshire on Tuesday, as the state also voted in the first all-female congressional delegation.

But another Granite State woman who won big Tuesday, Gov.-elect Maggie Hassan, is quick to stress that putting women in top offices is nothing new here.

"We have a history of electing women, and that's partly because we have such a wonderful tradition and culture of citizen participation in all aspects of life," she says.

In 1999, New Hampshire was the first state to have a female governor, Senate president and speaker of the House at the same time. In 2008, New Hampshire elected a female majority to its state Senate.

Debbie Walsh, director of the Center for American Women and Politics at Rutgers University, says this week's sweep in New Hampshire may be the biggest milestone for women in politics since Californians sent Barbara Boxer and Diane Feinstein to the U.S. Senate in 1992.

"Here you have that next big thing, which is a state that is comfortable to be represented by a 100-percent female delegation," Walsh says.

The women currently in New Hampshire's delegation, Democrat Shaheen and Republican Ayotte, are the only split-party pair of women ever to represent a state in the U.S. Senate. Shaheen is also the first woman ever to be elected both governor and senator. She says New Hampshire's history of female leaders boils down to one thing.

"It really speaks to voters in New Hampshire and their ability to make decisions regardless of gender," Shaheen says.

Shaheen is up for re-election in 2014. She emailed supporters about New Hampshire's all-female sweep, closing with a fundraising pitch. Ayotte, meanwhile, noted that one glass ceiling does remain.

"We haven't had a woman president yet, but here in New Hampshire, it's clear that people are going to judge you based on your qualifications, and that's all we can ask," she says.

New Hampshire was the first state to back a woman in a major party presidential primary, Hillary Clinton in 2008. Come 2016, any number of women may run for president. Expect New Hampshire to give them a fair shot.