Accessibility links
As Turkey Rises, 'A Real Problem' With Censorship The country is disputing a new report that names it as the world's leading jailer of journalists, with scores behind bars — ahead of Iran, China and other authoritarian states. Ongoing international attention to Turkey's treatment of the media has raised hope that reforms could be forthcoming. 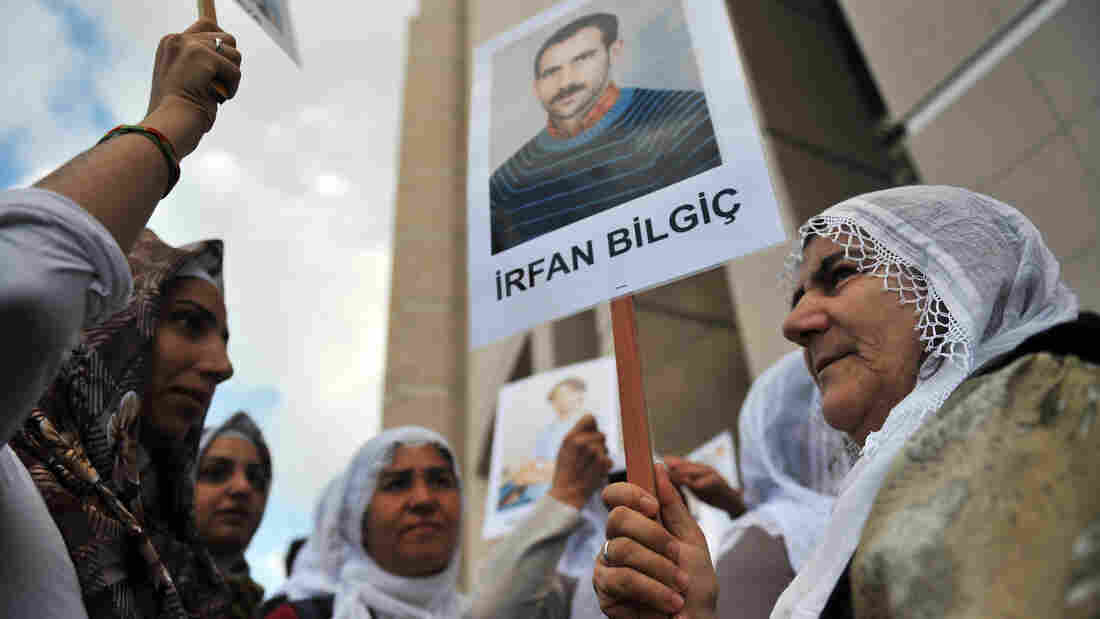 Kurdish women hold pictures of jailed journalists in Istanbul on Sept. 10, during the start of the trial of 44 journalists with suspected links to rebels from the Kurdistan Workers' Party. Bulent Kilic/AFP/Getty Images hide caption 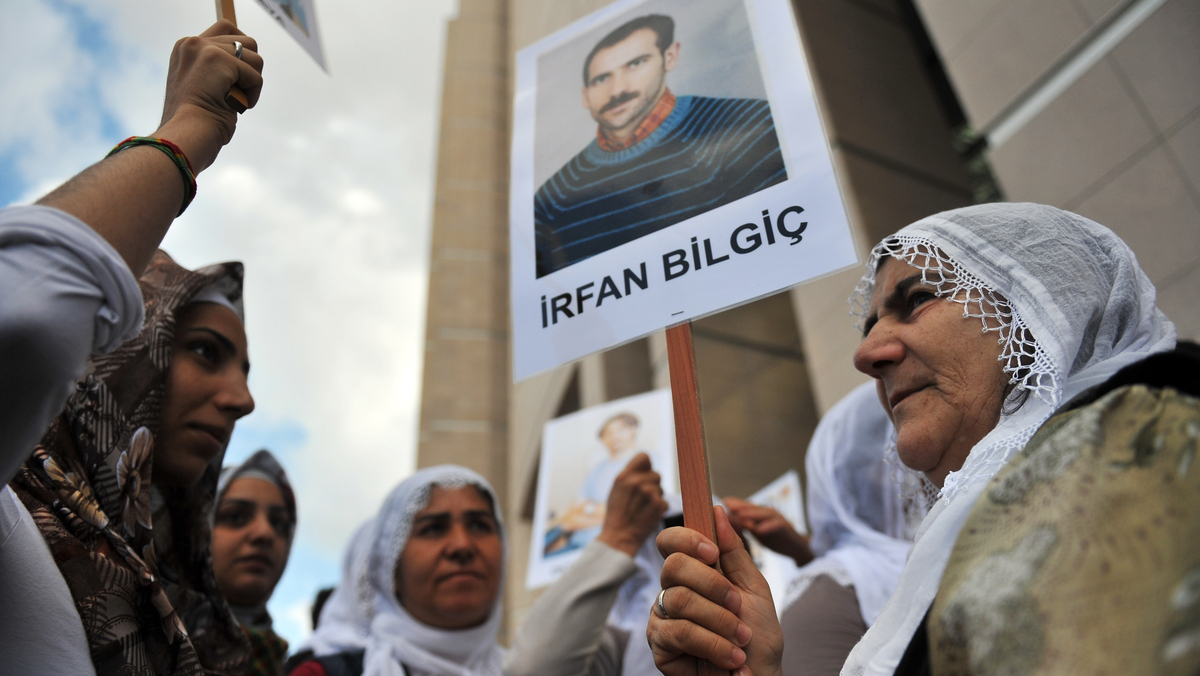 Kurdish women hold pictures of jailed journalists in Istanbul on Sept. 10, during the start of the trial of 44 journalists with suspected links to rebels from the Kurdistan Workers' Party.

Nearly two years ago, Soner Yalcin and more than a dozen of his employees at the online news outlet OdaTV joined the growing list of incarcerated Turkish journalists. Yalcin, the owner of OdaTV, is one of the sharpest critics of Prime Minister Recep Tayyip Erdogan's government.

As their trial proceedings dragged on, challenges to the state's case grew, and most of the outlet's journalists were released, pending the trial's conclusion. But Yalcin and two others remain behind bars, 22 months and counting.

Turkey is disputing a new report that names it as the world's leading jailer of journalists, with scores behind bars — ahead of Iran, China and other authoritarian states.

The Committee to Protect Journalists met with officials in Ankara this week about the problem and found them adamant that the journalists had broken criminal laws. The ongoing international attention to Turkey's treatment of the media has raised hopes that reforms could be forthcoming.

More Than 700 Kurdish Prisoners Now On Hunger Strike In Turkey

Yalcin and his two employees are kept in isolation from the other prisoners, according to his partner, Istanbul interior designer Halidah Kurt. But she says Yalcin is finding plenty of time to read and to write.

"Actually, he's written a book in jail. It's about 600 pages, and he wrote it by hand because no computers or no typewriters are allowed in the prison," she says. "It's called Samizdat, and it tells about ... the latest cases which are taking place in Turkey."

Choosing the title Samizdat — the Soviet-era term for censored material circulated underground by dissidents — seems likely to infuriate the ruling AK Party. It casts this government, with its roots in political Islam, in the same harsh authoritarian light the prime minister often used to portray the secular, military-backed governments that once dominated Turkey.

The title would also strike a chord with Kati Marton, the journalist and author who led the delegation from the Committee to Protect Journalists to Turkey.

Growing up in Soviet-ruled Hungary, Marton saw her journalist parents arrested and jailed for two years on fabricated charges of espionage.

She told reporters in Istanbul that Turkey is nothing like a Soviet state, and that's why its record regarding journalists is such a sore point.

"At this particular time, when Turkey has become an even more important regional and world power, and when Turkey has made so many big steps toward democratization, there is a real problem here," she said, "and the problem is that there is a climate of fear and self-censorship among big sections of the media."

Marton described her meeting with Turkey's justice minister as tough. The government rejects CPJ's finding that it's holding 61 journalists for doing their job as journalists. Turkey says many of the journalists are facing terrorist-related charges.

A statement from the Justice Ministry said, in part: "These people are not journalists but members of terrorist organizations. Do bombings and killing policemen have anything to do with journalism?"

The problem, according to several analysts, lies with Turkey's sweeping anti-terrorism law and how it's being interpreted. Prosecutors have used the law to bring terrorism-related charges against journalists for such activities as interviewing security officers or gathering documents and information related to the Kurdish independence movement.

Turkey's decades-long battle against Kurdish separatist militants has left some 50,000 dead and passions raging on both sides. Analysts also say journalistic practices among some Turkish media leave much to be desired.

Marton told reporters no one disputes Turkey's right to deal with security threats, but this widespread media crackdown won't accomplish that.

"By the way, we understand that Turkey has real security problems. But jailing journalists is not a way to make the country more secure," she said.

For now, civil rights advocates are pinning their hopes on a legislative effort to enact judicial reforms that many say could go a long way toward guaranteeing media freedoms here. The government wants a reform package by the end of the year.

In the meantime, Kurt and dozens of other family members of journalists will keep making their weekly visits to Turkish prisons.