Accessibility links
Senate Win In Wisconsin A 'Turning Point' For Gay Rights Congresswoman Tammy Baldwin is the first openly gay candidate to be elected to the U.S. Senate. But advocates say the fact her sexual orientation wasn't part of the campaign is the real signal of change. 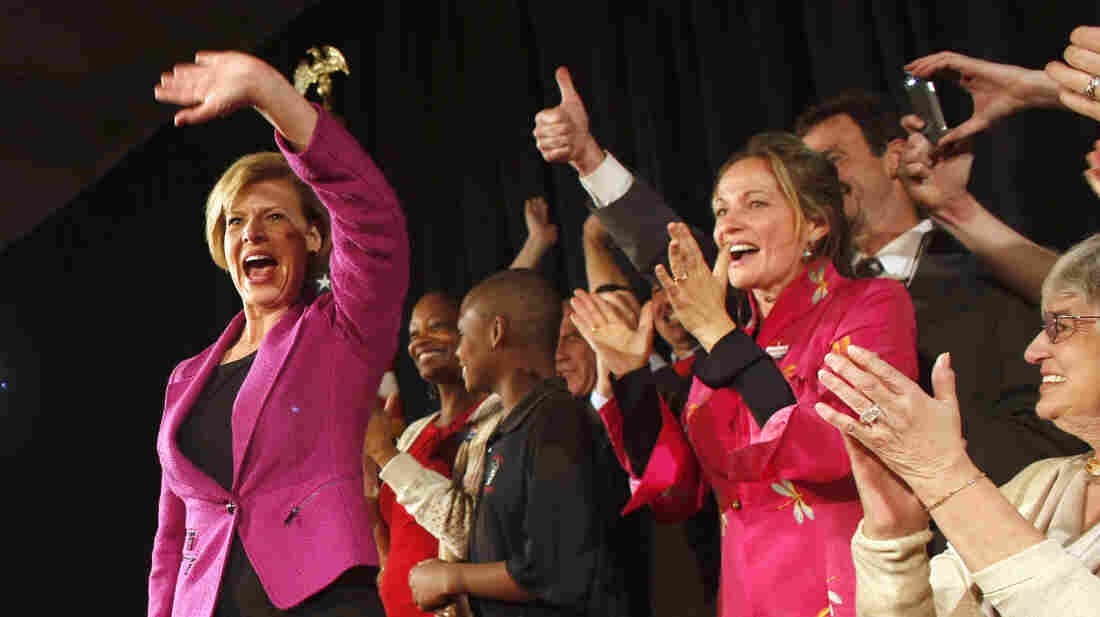 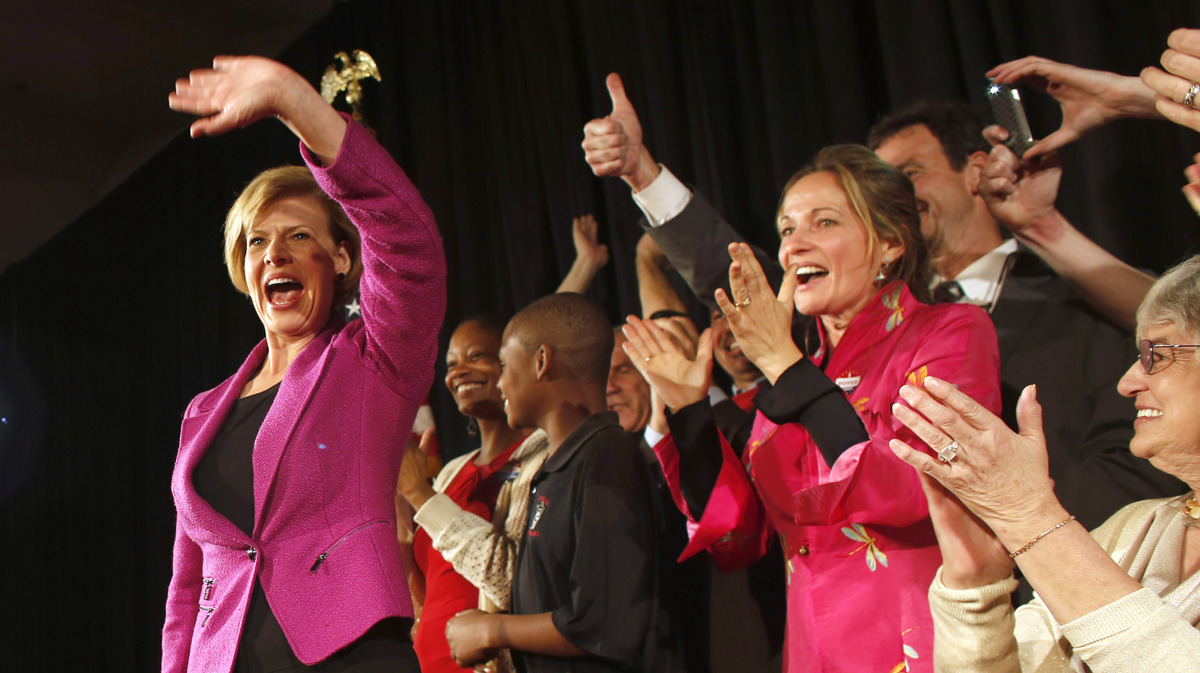 Democratic Congresswoman Tammy Baldwin's sexual orientation was never really a factor in her victorious campaign against Republican former Gov. Tommy Thompson. Advocates for gay rights see that as a watershed moment for the movement.

Baldwin won a seat many thought she couldn't, defeating one of the state's most successful politicians in the process. The celebration Tuesday night in Madison was euphoric.

The enthusiastic crowd was never louder than when Baldwin acknowledged making history.

"I am well aware that I will be the first openly gay member of the U.S. Senate," she said.

Not About Being Gay

"Dreams do come true in politics," says Willsey, who has known Baldwin for more than 25 years.

"The fact that she's the first openly lesbian woman candidate to win a U.S. Senate seat is great, but that's not why she won," she says. "It wasn't even an issue in this race."

In fact, the words "gay candidate" were rarely — if ever — spoken on the campaign trail. Baldwin, instead, mostly talked about two other words: "middle class."

Analysts say Baldwin won primarily on the same issues as President Obama in Wisconsin, including the economy.

"No one was questioning whether or not she could lead because of her sexual orientation, and that's so amazing," says Katie Belanger, executive director of Fair Wisconsin, a statewide gay rights advocacy group.

Belanger says the fact that Wisconsin voters didn't seem to care about Baldwin's sexual orientation — combined with Tuesday's victories for marriage equality in neighboring Minnesota and in three other states — represents a major step forward.

"I think that when we look back on the movement for LGBT equality, we're going to look at Nov. 6, 2012, as a significant turning point, if not the turning point in this movement," she says.

Based on those experiences, Baldwin says this historic election changes things in one specific way.

Baldwin says she doesn't have a specific gay-rights agenda she'll immediately push in the Senate. She says her top priority will be the issues she talked about in the campaign, including preserving Medicare, middle-class tax cuts, creating jobs and fixing the economy.

But she also notes that what happened Tuesday reflects a "sea change" in voters' attitudes toward gays, lesbians and marriage equality in just a few short years.

"There were several glass ceilings smashed on Tuesday, and ... I'm proud to have been one of those," she says.

To be sure, Baldwin and others say the gay-rights movement still has a long way to go, but never before has it gained so much on one Election Day.