Accessibility links
China's Next Leader Has A Soft Spot For Iowa Town The man who is about to become China's new leader, Xi Jinping, is well-traveled. In his current role as vice president, he's been to 41 countries, more than any other Chinese leader-to-be. In all his globetrotting, he's kept a soft spot for Muscatine, a small town in Iowa. 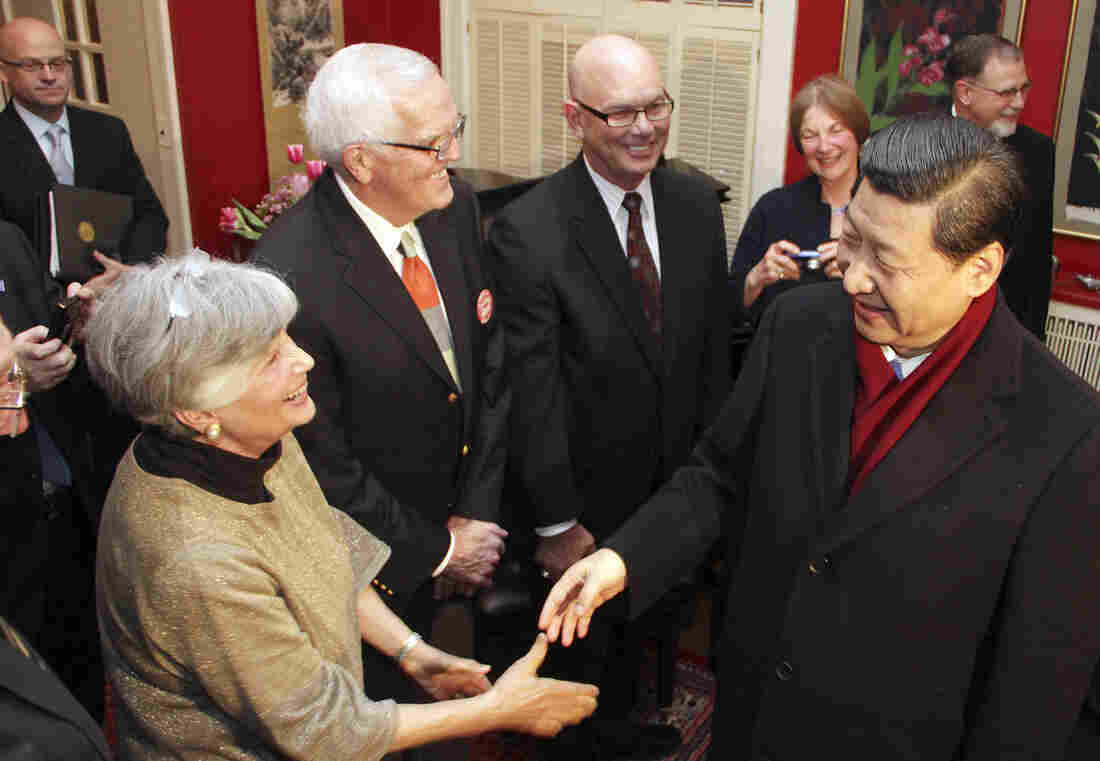 China's vice president, Xi Jinping, who is poised to become the country's new leader, is widely traveled and stayed briefly in Muscatine, Iowa, in the 1980s. He returned again in February of this year and met some of the people he knew from his earlier visit. Xi, right, is shown greeting Muscatine resident Eleanor Dvorchak. Kevin E. Schmidt/AP hide caption 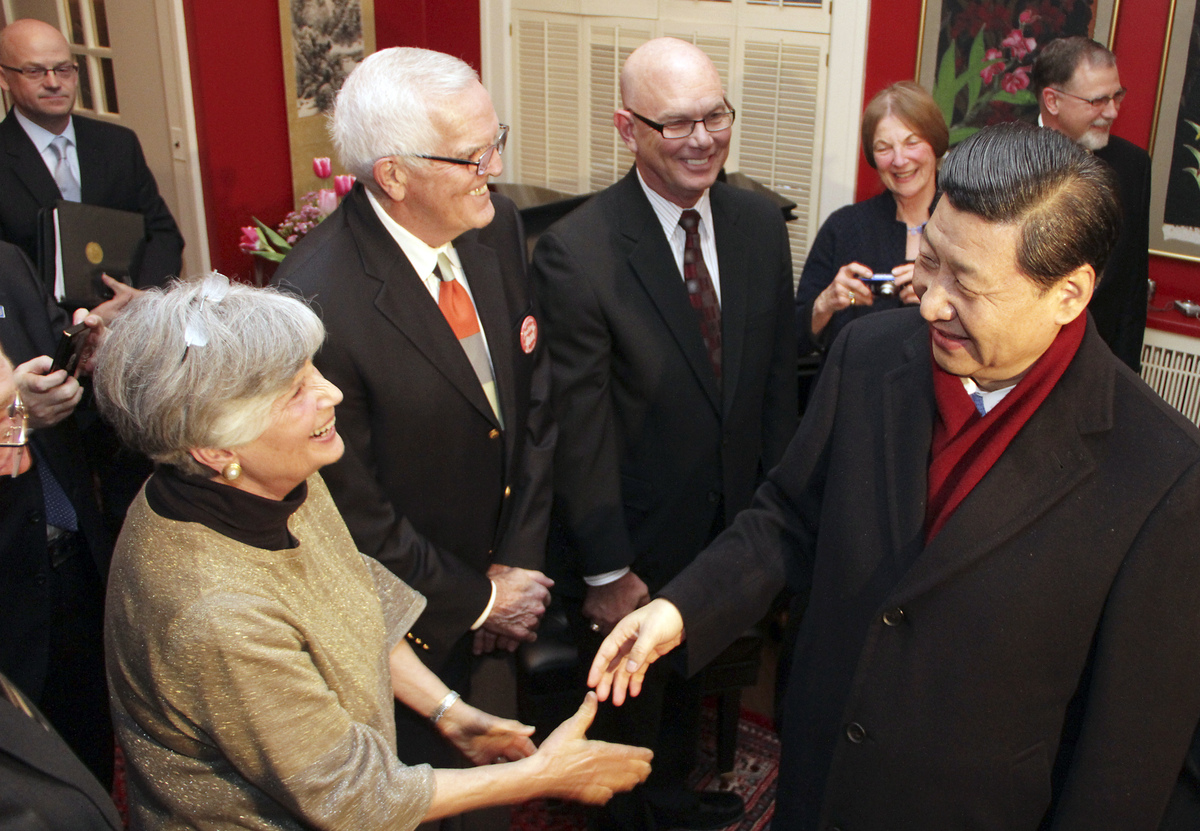 China's vice president, Xi Jinping, who is poised to become the country's new leader, is widely traveled and stayed briefly in Muscatine, Iowa, in the 1980s. He returned again in February of this year and met some of the people he knew from his earlier visit. Xi, right, is shown greeting Muscatine resident Eleanor Dvorchak.

In that role, he's visited forty-one countries, traveling more widely than any other Chinese leader-to-be. And in all his globetrotting, he's kept a soft spot for the small town of Muscatine, Iowa.

Xi returned to Muscatine this February, twenty-seven years after his first visit, when he was a young government official.

"Coming here is really like coming back home," Xi told his old Iowa friends, according to Sarah Lande, who hosted him in February and organized his earlier trip in the 1980s.

She says he told a group of 17 such friends, who'd gathered to meet him again, "'My impression of America came from you. For me, you are America.' Wow that was powerful."

An Iowa newspaper offered Xi a full-page welcome: "Feels like home," read the headline, superimposed on a picture of an Iowan cornfield, with Xi's portrait.

Lande describes Xi as looking like "a real young un" when he first visited in 1985. Then Xi was a 32-year-old official, leading an agricultural delegation around hog farms and feed plants. She says he was orderly, organized and inquisitive, constantly asking questions.

"He said, 'I always wanted to see the Mississippi River,'" she remembers. "He read Mark Twain growing up. Anyway, he got a boat ride on the Mississippi and homestayed. He stayed in the kids bedroom where the family was, it had Star Wars on the wall. We treated him what we call 'Iowa Nice,' just like everyone else, with warm hospitality, and I think it stuck." 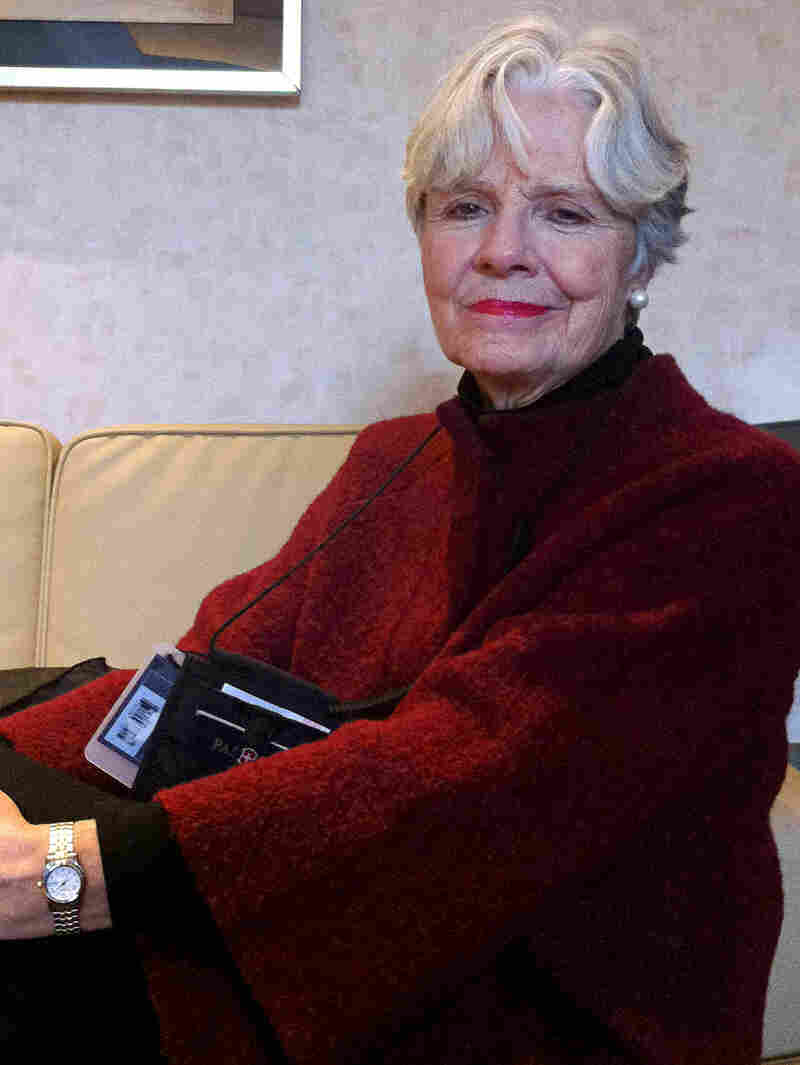 Sarah Lande helped arrange Xi Jinping's visit to Muscatine, Iowa, in the 1980s and met him again when he returned to the town earlier this year. She describes him as having "a grand presence." Louisa Lim/NPR hide caption 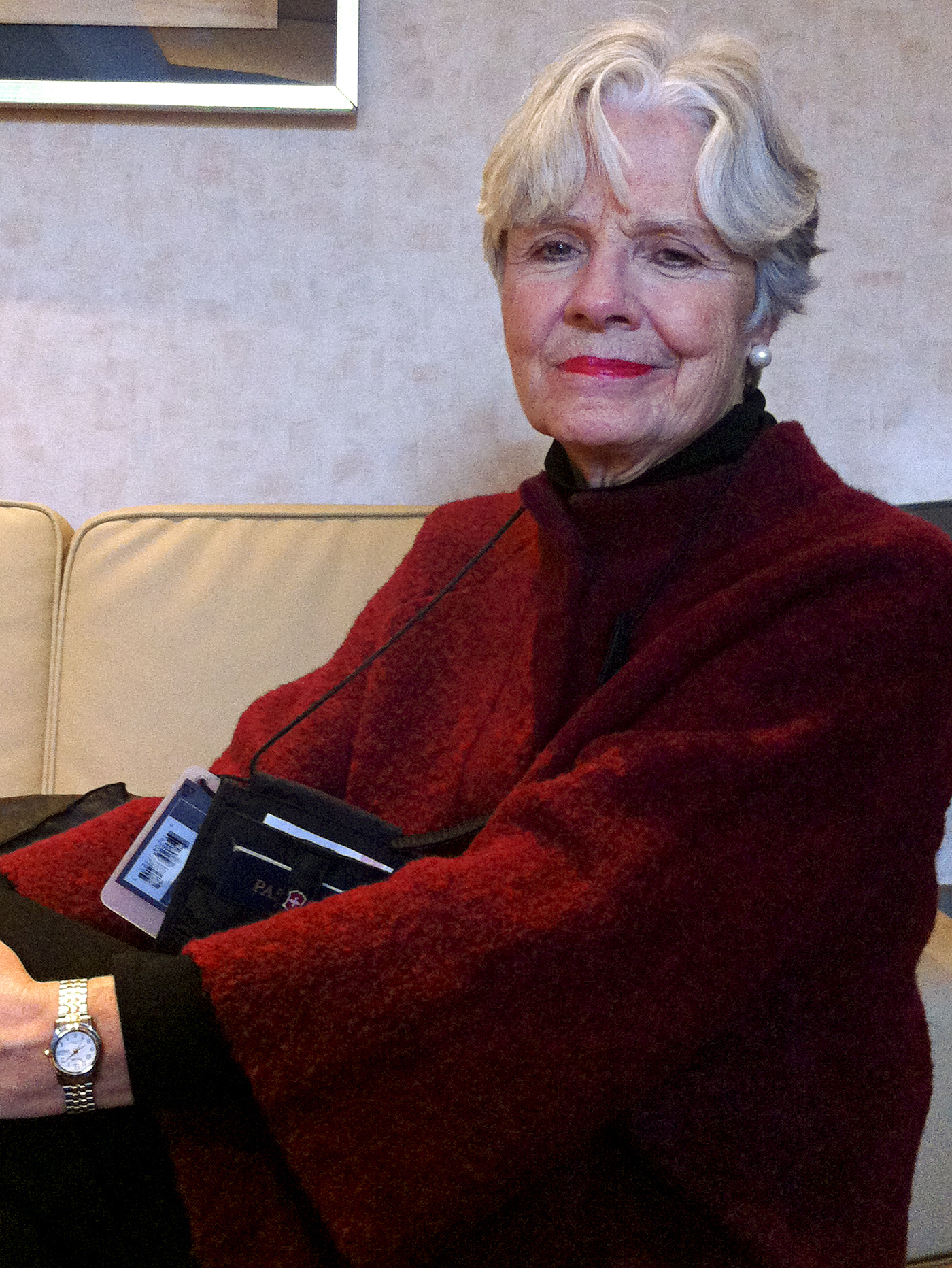 Sarah Lande helped arrange Xi Jinping's visit to Muscatine, Iowa, in the 1980s and met him again when he returned to the town earlier this year. She describes him as having "a grand presence."

However, 27 years later, as leader-in-waiting this past February, he arrived with a barrage of press and officials.

"This time he had a grand presence," Lande said. "When he came in the door, there was a feeling of electricness. Everyone was excited."

Lande has visited China six times in total, including a trip last week, with four others from Muscatine, to establish a sister city arrangement with Zhengding in Hebei, where Xi had worked as party secretary.

Muscatine is so proud of its association with Xi Jinping, that it is considering setting up a tourist trail so ardent fans can follow in Xi's footsteps, seeing Muscatine through his eyes.

Another visitor to China from Muscatine is lighting company owner Albert Liu, who was born in China. He was surprised when he heard Xi's address at a banquet at the Iowa state capital.

"The most striking thing is that that gentlemen doesn't talk like a typical Chinese official," Liu says. "He can tell stories, like you and me. We are used to listening to official statements, it's almost from a script. He is not [talking] from a script. It's small, but to me, it's big."

His Father's Travels To The U.S.

Xi is not the first member of his family to venture overseas. His father, Xi Zhongxun, a revolutionary fighter and later a vice premier, was part of a delegation of Chinese provincial officials who visited the U.S. in 1980.

He was accompanied around New York City, Washington, D.C., Iowa, Colorado, California and Hawaii by Jan Berris from the National Committee on US-China Relations, who's worked on such cultural exchanges for the past forty years. She says he stood out from other officials with his unusual sense of self-confidence and fun.

"He was a wonderful sport," says Berris, remembering their trip to a Hawaiian cultural centre. "He put on a hula skirt and leis, and let the dancers teach him a few steps."

At one point, a protester carried the Taiwanese flag into the Los Angeles City Hall, but Berris remembers Xi wasn't fazed by this.

"He was much more willing to look at the longer, bigger picture, and not incidents like that, which was very different than the way other delegations reacted," Berris says. "The father struck me as a very thoughtful and humane and dedicated person, and I'm hoping the apple doesn't fall far from the tree."

Given the Machiavellian politicking behind the scenes during political transitions, Chinese politicians often play their cards close to their chests, keeping their political agendas hidden until long after they are in place.

For China's Rising Leader, A Cave Was Once Home

In Xi Jinping's case, an off-the-cuff comment in Mexico three years ago was widely parsed as showing his true colors. Then he criticized "foreigners with full bellies, and nothing better to do than point fingers at China. China does not export revolution, or famine or poverty, or mess around with other countries. So what else is there to say?"

However, that unscripted moment may have dogged him. On subsequent trips, spontaneity has not been much in evidence.

"I have rarely seen a human being whose face maintains such control," says Orville Schell from the Asia Society, remembering a banquet in Xi's honor hosted in Washington in February. "So little escaped it. Of course, that tells you something, that if the cost of being demonstrative -– even an excessive smile, much less some untoward word –- if it's so high, it does suggest the level of sensitivity, delicacy and nervousness."

"When you are contending for the top position in China, the MO these days is you get really discreet," says Schell. "Lately it's been very hard for a leader to throw much weight around ... it's not clear what kind of latitude he will have to speak out, to think bold thoughts, even to lead."

That may be due to the fractious nature of this year's transition of power. The Communist Party faces multiple scandals, amid the downfall of powerful politician Bo Xilai and mounting calls for reform. Xi is set to become Communist Party leader after this week's party congress ends, as a prelude to taking over the presidency in March.

His old friend Sarah Lande is torn about how she feels about his new position.

"Oh my goodness, in fact sometimes I care about him a lot, I'm so worried he has to have this job. I'm glad that he's there, but I don't want it to be too difficult for him," she says. "So I think he's an excellent leader for the time. I think the Chinese people are fortunate to have him."

To many Chinese, however, he's just another faceless party bureaucrat. Xi Jinping will need every ounce of talent and diplomacy he can muster, since even the Communist Party acknowledges he's facing unprecedented challenges.