Accessibility links
On Veterans Day, Stories Of Service Two authors and former members of the U.S. military tell their stories. Benjamin Busch remembers his grandfather's silence about serving in World War II, while David Abrams reflects on the terrifying beginning of his deployment to Iraq. 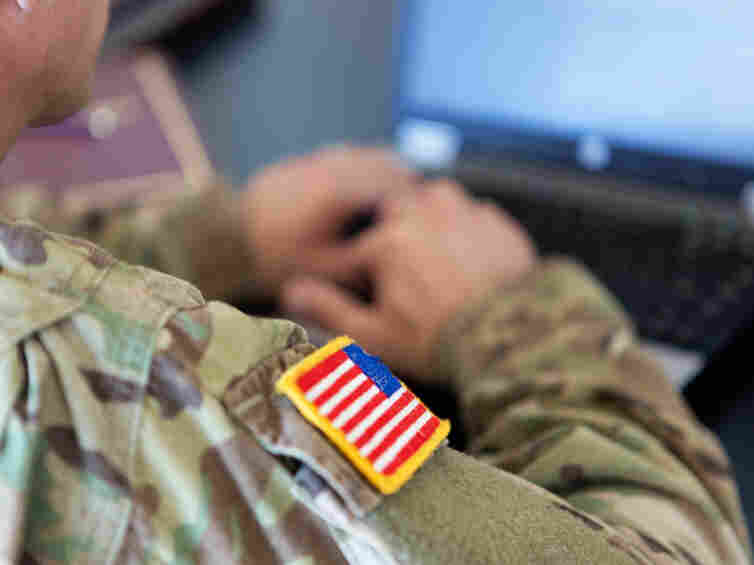 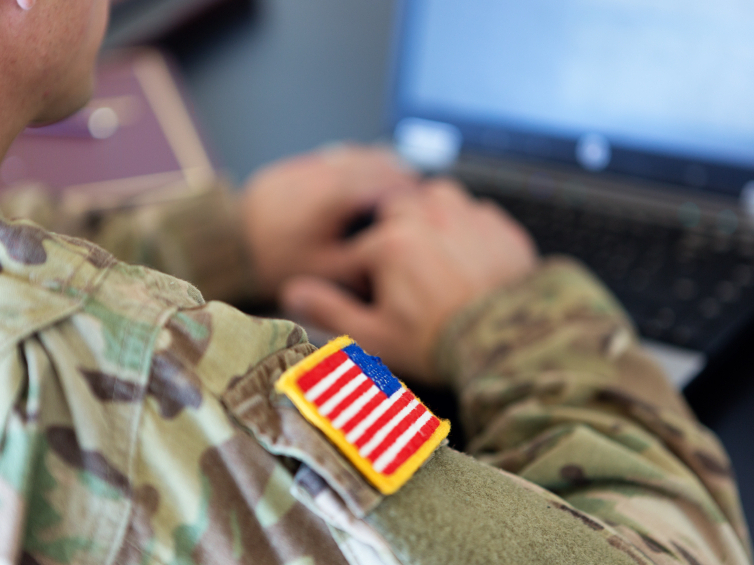 This Veterans Day, All Things Considered asks two veterans and writers to tell a story about their experiences in the military.

Benjamin Busch reflects on his grandfather's service during World War II, and David Abrams tells the story of a terrifying flight to Iraq.

Benjamin Busch is the author of Dust to Dust.

My grandfather told only one story about his years in the Army. He served in the 10th Mountain Division fighting the Nazis in the Italian Alps. The only evidence of those years I knew of was a frayed backpack and skis he kept, but there was more. 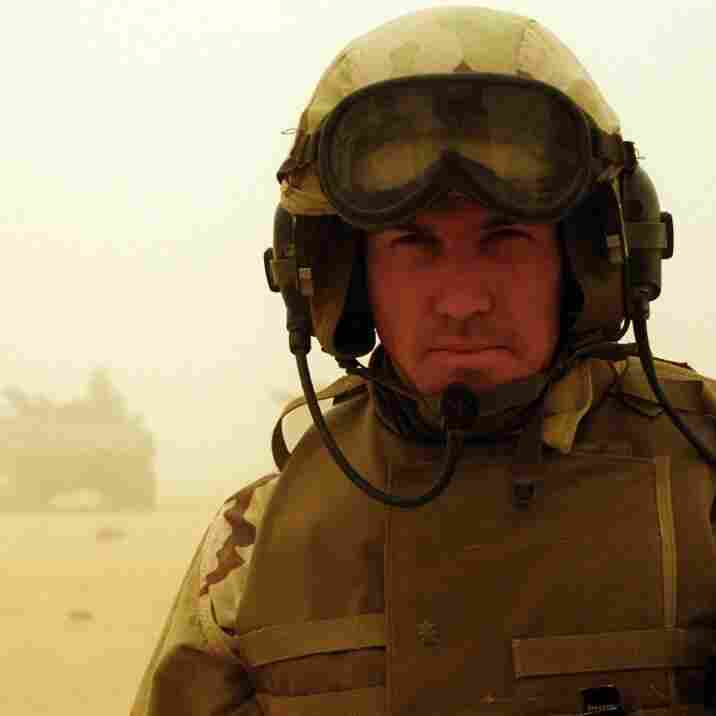 When I was 13 or so, my father and I sat with my grandfather in his den. I asked him about a small painting of a rocky peak capped with snow he had made with strokes of blue, gray and white years ago. My grandfather looked at it for a moment.

He said, "I remember this kid, a private. We were being shelled by artillery, but they were shooting too high. We could hear the rounds pass just over our heads and hit the mountain somewhere behind us. It shook the ground. There was this kid crouched across from me. As the rounds went over, I could see the color leave his face, and when they exploded behind us, I could see it come back. Up there on that mountain. That kid's face, dying and coming back to life, over and over. I'll never forget it."

I learned, later, that he had made the painting while he recovered from his wounds in a hospital at the end of the war.

I looked at my father, who was leaning so far forward I thought he might fall out of his chair. His eyes were wide and, for a moment, he looked younger than I. He had never served in the military but was a writer, and storytelling was what he had devoted his life to.

I didn't realize he'd been waiting since 1945 for a single story about the war from his father. My grandfather never told another.

On Memorial Day we remember veterans we have lost, but Veterans Day is to celebrate those who live. There should be no difference between those of us who have seen combat and those who volunteered in peacetime, active-duty members and reservists, 20-year careers and two-year enlistments. These are all Americans who, for a time, invested their lives in service to our nation and have become direct participants securing our independence.

There are 22 million veterans living in America today, civilians again, mowing their lawns and waiting in lines.

In the six years since I left the Marines, what always strikes me is a veteran's enduring attachment to their unit, their clear memory of places and comrades, the stunning drama of their missions or unique situational comedy of their labors. Most of these stories are never heard, because no one ever asks for them.

We mention sacrifice on days like this, but sacrifice likely isn't the thing a veteran will recall. It will be the stories. It's these tales that make military experience comprehensible to those who never serve in this way. What if today — instead of thanking a veteran for their service and then passing by — you take a moment to ask them for a story? We've all got one to tell.

David Abrams is the author of Fobbit.

It's February 2005 and I am in a C-130 flying over Iraq, my scrotum shriveling at the thought of terrorist rocket launchers which, at that very moment, could be aimed directly at our fuselage. 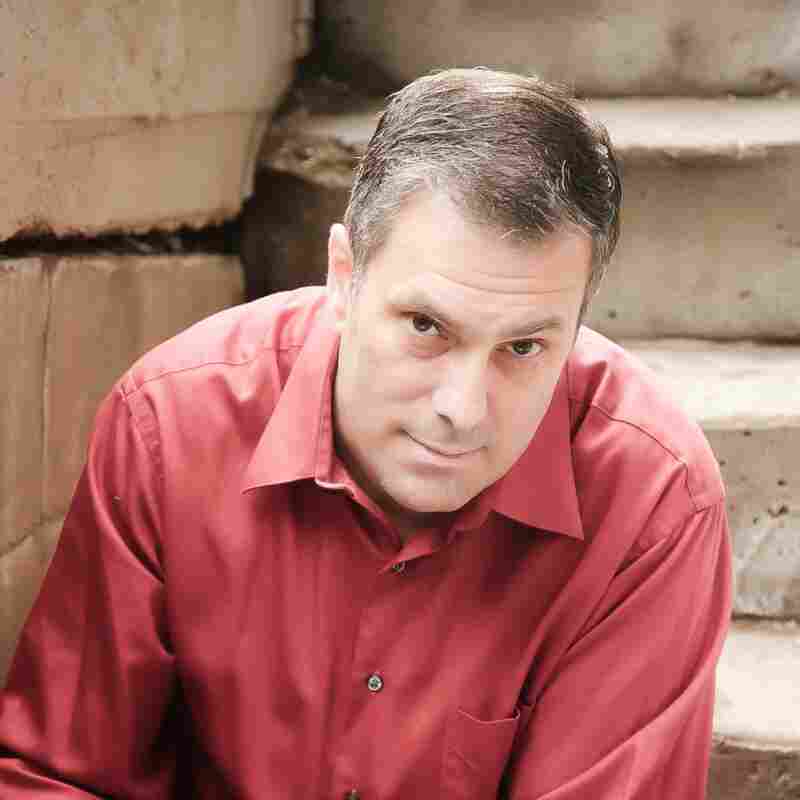 Between the soldiers on my left and right pinning me to my seat, the Kevlar helmet crushing my skull and the flak vest squeezing my ribs, I'm suffocating by slow degrees. I think, "I'm gonna die before I can even get to the war." Which would be a real shame because then I could never finish that novel I was already writing in my head.

I'm an enlisted soldier heading to Baghdad where for the next 10 months I will sit in a cubicle writing official Army press releases meant to reassure the rest of the world that, yes, U.S. forces were kicking terrorism's ass.

I shouldn't even be here. I'm the farthest thing from a soldier you could possibly imagine. I'm a writer, dammit! This Army gig was only supposed to be a steady-paying day job so I could spend my off-duty nights in my basement writing the Great American Novel.

The C-130 takes a sudden lurch forward. Somebody farts a noxious fart. It dissipates and in its place, I smell a hundred nervous underarms, then the comforting scent of peppermint gum coming from the wide-eyed soldier sitting next to me.

We look at each other. This is it. This is really it. We swallow hard knots in our throats. HolymotherofGod, we're doing it. We're going to war!

We clench our rifles, pull the strangling vests away from our necks and try to think happy thoughts. As the plane roars through the air, I think of my wife on the eve of my departure, undoing the top two buttons of her nightshirt and nestling my face between her breasts. I think of all my cats — past and present — sitting on my chest, soothing me with their purrs.

The C-130 gathers speed. Baghdad draws near. Anything can happen now: the ping of small-arms fire striking the iron skin of the plane, a lucky aim of artillery, a rocket carving through the fuselage or our bodies engulfed in a fireball.

The plane dips, swerves, rolls downward. We're spiraling in for a landing. Breath squeezes from our bodies. Our vests press against our throats. There is a sound like a bone breaking. Our ears pop and then there is a hard bounce. Once, twice, then the wheels make contact with the ground.

"Welcome to Iraq, ladies and gentlemen."

I step off the plane, blinking in the sudden burn of sunshine. A metallic shriek rips the sky, followed by a large, muffled explosion.

My legs go jelly on me, but I'm ready to start writing. I'm already thinking about how I can turn this war into fiction.