Accessibility links
How The Alternative Minimum Tax Could Slam You The alternative minimum tax is looming over about 27 million more taxpayers this year. It's just one part of the so-called fiscal cliff — a big cluster of automatic spending cuts and tax hikes that will occur if Congress does not act. Those taxpayers could end up paying an average of $3,700 more without a fix.

How The Alternative Minimum Tax Could Slam You

How The Alternative Minimum Tax Could Slam You 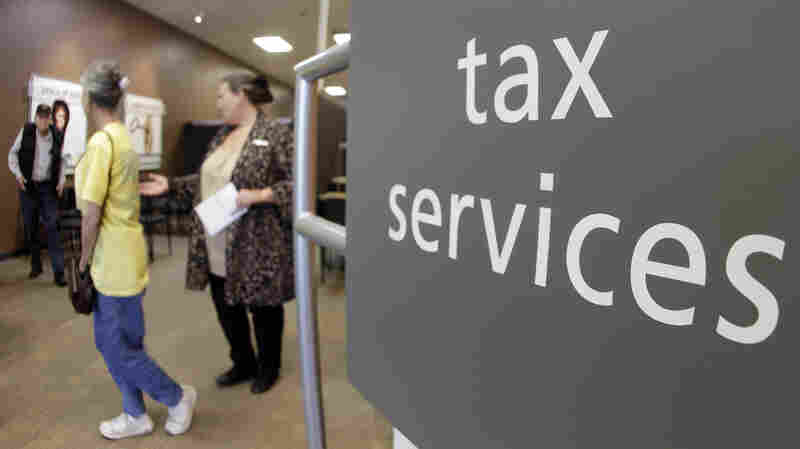 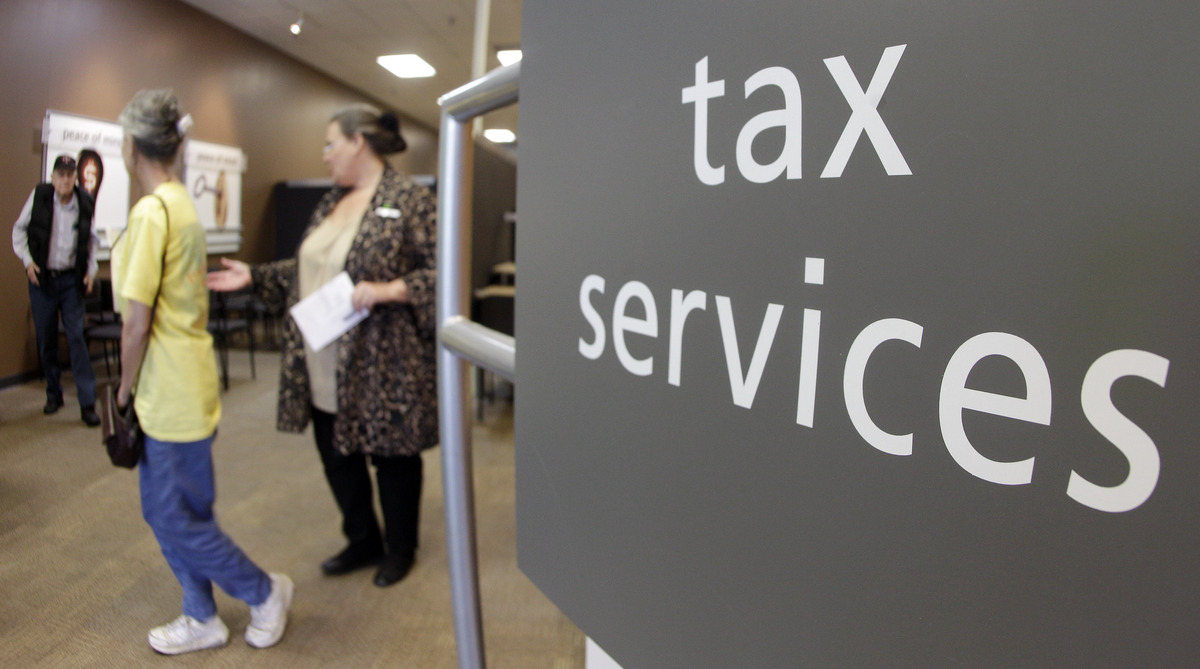 Customers line up at an H&R Block office in Nashville, Tenn., on April 17, the deadline for filing 2011 federal income taxes.

Anyone who follows the adventures of the alternative minimum tax has to be getting sick of the many sequels. Again and again, this unpopular income tax threatens to hit middle-class families with large and unexpected tax increases.

And each time the threat reappears, Congress applies a "patch" to fix the problem temporarily. That makes the threat an annual event — along with the associated congressional hand-wringing and taxpayer confusion.

So here we are again, with the AMT looming over about 27 million more taxpayers this year. It's just one part of the so-called fiscal cliff — a big cluster of automatic spending cuts and tax hikes that will take effect at year's end unless Congress acts.

To understand the AMT, you need three chunks of information, involving its history, its impact and the politics. Let's get started.

In 1969, Congress enacted an individual AMT to ensure that everyone paid a minimum amount of taxes, even while preserving tax breaks written into the code as economic and social incentives.

Here's an example: Congress wanted to keep the home mortgage interest deduction to provide more incentive to buy real estate, on the grounds that homeownership has economic and social value. But the tax code had so many different deductions that some wealthy people would take lots of them and end up paying very little in taxes.

So Congress, in effect, said, "OK, let's keep the cherished deductions, but still make sure the rich pay their fair share. Wealthy Americans can figure out their taxes the regular way, taking whatever deductions that may apply to them. And then they can recalculate everything under a formula that sets a minimum amount of tax. The wealthy taxpayers will pay whichever amount of taxes is greater."

The Fiscal Cliff, In Three And A Half Graphics

But Congress did not build in an inflation escalator. And then it cut tax rates. The combined effect of higher inflation and lower rates played havoc with the intention of the AMT, allowing the parallel tax system to cover more and more middle-class families. A tax that was supposed to hit only the richest Americans must continually get updated or it will affect larger and larger numbers of average people.

Originally, the AMT was supposed to affect only the top taxpayers. These days, Congress "patches" it so that it hits around 5 million upper-middle-class households. Usually, those are families with children in high-cost states like New York and California.

This year, unless Congress applies a new patch, the AMT will apply to nearly half of people with incomes of $75,000 to $100,000. Without action, an estimated 27 million more tax filers could find themselves paying an average of $3,700 more in taxes for 2012.

And yes, the financial hit applies to this tax year. Even if the new, incoming Congress applies an AMT patch after January, experts say it will be an accounting nightmare. It's difficult to undo the tax once the filing season has begun in January, and at the least, it would result in long processing delays of all returns.

"The biggest and thorniest problem for the IRS and next year's filing season is the AMT patch," IRS Commissioner Doug Shulman said in a September speech to the American Bar Association.

The AMT makes for a fine Exhibit A for anyone trying to make the case that the U.S. tax code is a mess. And that means it may have some positive political value as Congress struggles with the fiscal cliff and its tangled collection of expiring tax breaks. The AMT is so unpopular that lawmakers may be able to use its elimination as a kind of "carrot" to get lawmakers to move along toward compromise.

On the other hand, often on Capitol Hill, dangling a juicy "carrot" in front of lawmakers can hurt negotiations as each side scrambles to grab it first and hold tight.

"If patching the AMT were the only thing out there, it would get done," says Eric Toder, co-director of the Tax Policy Center, a nonpartisan research group. But as part of a grand bargain on taxes and spending, "this could get tied up in the negotiations," he warns.

So why does Congress annually put itself through this weird exercise of having to patch the AMT? Why not just eliminate it?

Toder says the problem is that the AMT — if unpatched — generates loads of theoretical tax revenues in coming years. When Congress puts together the annual federal budget and projects deficits into the future, it knows that having an unpatched AMT will make the fiscal future look brighter. But each year, Congress does not allow those projected revenues to actually come into Treasury coffers because it patches the AMT.

In other words, the AMT exists today to make Congress look less inept at budgeting in the future, Toder says. "They can only afford to kill it a year at a time," he says. "It's a mess."