Accessibility links
Interview: Oliver Burkeman, Author of 'The Antidote'| Prescribing A Negative Path To Happiness In his new book, Oliver Burkeman shuns motivational seminars and the power of positive thinking in favor of uncertainty, insecurity and even pessimism. "Trying to let [negative] feelings be and not always struggling to stamp them out is a more fruitful alternative," he says. 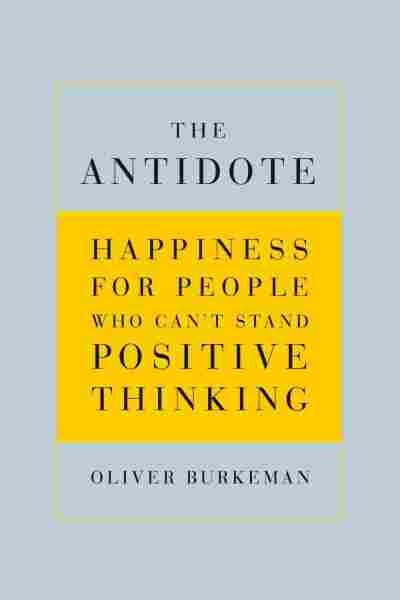 We're heading toward that time of year when self-help industry publishers rub their hands together in anticipation. The holiday season and the inevitable New Year's resolutions that follow tend to turn our minds toward happiness — getting it, keeping it and maintaining it. But journalist Oliver Burkeman says whatever your plan, you are most likely doing it wrong.

He knows that because, for his new book, The Antidote: Happiness for People Who Can't Stand Positive Thinking, Burkeman spoke with psychologists, life coaches and other experts to figure out what does work when it comes to being happy.

Burkeman tells NPR's Audie Cornish about his search for the key to happiness and the self-help advice that drives him crazy.

"I think the premise from which I start is this idea that ... relentless positivity and optimism is exactly the same thing as happiness; that the only way to achieve anything worthy of the name of happiness is to try to make all our thoughts and feelings as positive as possible, to set incredibly ambitious goals, to visualize success, which you get in a million different self-help books. Whereas, actually, there's a lot of research now to suggest that many of these techniques are counterproductive, that saying positive affirmations to yourself in the mirror can make you feel worse and that visualizing the future can make you less likely to achieve it. And so what I wanted to do in this book was to explore what I ended up calling 'the negative path to happiness,' which involves instead turning toward uncertainty and insecurity, even pessimism, to try to find a different way that might be more durable and successful."

On the effectiveness of motivational seminars

"I thought that I ought to, first of all, plunge deep into the heart of this positivity culture — what I ended up calling 'the cult of optimism' — before then setting off to explore the alternatives. So I was there, one of 15,000 people I think, at something called Get Motivated. ... There were a whole bay of various speakers, one of whom I think really gave voice to the classic approach when he said that the way to achieve success was to eliminate the word 'impossible' from your vocabulary. And this was really the idea that you should just refuse to acknowledge that failure can happen. So it was with a certain sort of schadenfreude, I'm afraid, that I discovered later on that the business that he ran had gone bankrupt operating along these principles. And I think they do provide a short burst of some good feeling to the people who go ... and I guess that's good enough for the people who run motivational seminars." 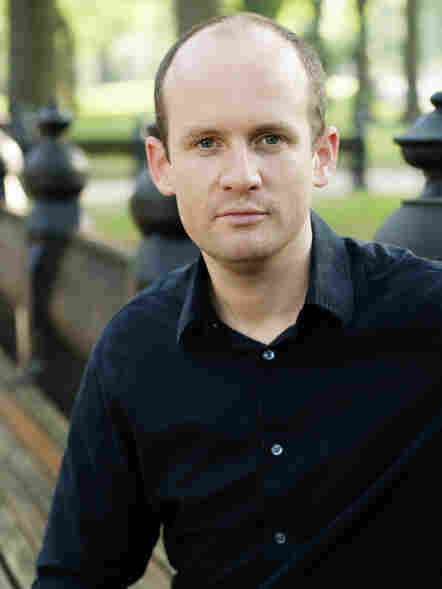 Oliver Burkeman is a writer for The Guardian based in New York. He also writes a monthly column for Psychologies magazine. Jeff Mikkelson/Courtesy of Faber & Faber hide caption 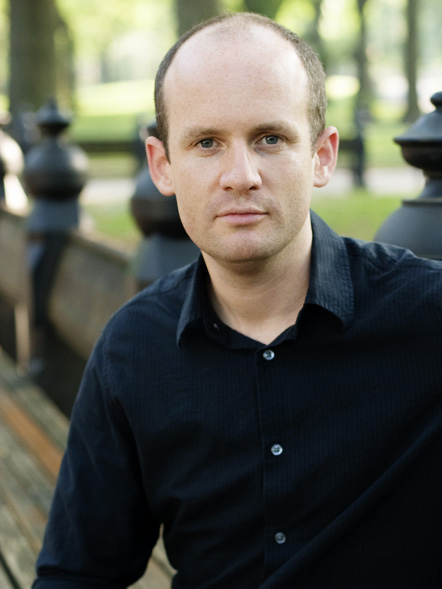 Oliver Burkeman is a writer for The Guardian based in New York. He also writes a monthly column for Psychologies magazine.

"I think that what is counterproductive about all these efforts that involve struggling very, very hard to achieve a specific emotional state is that by doing that, you often achieve the opposite. It's a version of the old sort of parlor game that if you try really hard not to think about a polar bear, that the only thing that you can think about in that context is polar bears. And if you go back through the history of philosophy, spirituality, the stoics of ancient Greece and Rome, the Buddhists, and then also linking up with contemporary approaches to psychology, you find something else, which is actually that trying to let those feelings be and not always struggling to stamp them out is a more fruitful alternative."

On confronting his fear of embarrassment

"This was an exercise that was given to me originally by the great psychotherapist Albert Ellis, who has sadly since died. And one of his suggestions was that if you have a real problem with embarrassment, you should deliberately embarrass yourself in order to bring your beliefs about how terrible that would be into direct confrontation with reality.

"So he suggested that his clients should ride on the subway and speak out loud the names of the stations in the carriage before they arrived at them. When I thought about doing this, when I told other people about it, everyone seems to agree it's just a horrifying thought that you would be saying those things out loud. What's fascinating is, when you do do it, it's still pretty awful, actually, but it is not anywhere near as bad as those beliefs that I'd held previously. You know, I didn't get arrested, I didn't get attacked, I didn't explode — it was just slightly uncomfortable. It was an incredibly powerful realization in that one specific context because it really makes you realize how swiftly and unconsciously our beliefs about bad things and our anxieties jump ahead to these infinitely terrible scenarios that just aren't justified by the situation."

The Pursuit Of Happiness

On the self-help advice that drives him crazy

"I think anything that is based around eliminating words from your vocabulary, like the word 'failure' or 'impossible' — I know that they don't necessarily mean it quite literally, but that idea that you should just ... pretend that they don't exist I think is incredibly annoying. I also have many, many problems with the kind of positive thinking that's in books such as The Secret, I have to say, which involve — just literally as far as I can tell — focusing on the idea of becoming very rich and successful and just waiting for it to happen."

"I think what I've really learned is to have a lot of different tools at my disposable for when I'm not [happy]. It's not that I sail through life in some completely serene state, but that the problems and the obstacles and the irritations can be dealt with more swiftly when you are not locked into this idea that you have to stamp them out; that you have to make yourself feel motivated, for example, before you can get on with things that need doing; that there's something terribly, terribly wrong with not feeling incredibly excited and cheerful every moment of the day."