Accessibility links
Book Review: 'Sweet Tooth' by Ian McEwan British author Ian McEwan is known for multilayered tales with surprise endings, and his latest novel doesn't disappoint. The story of a Cold War intelligence agent who falls for the target of her investigation is sprinkled with hints of subversive intents, making it a clever bonbon of a book. 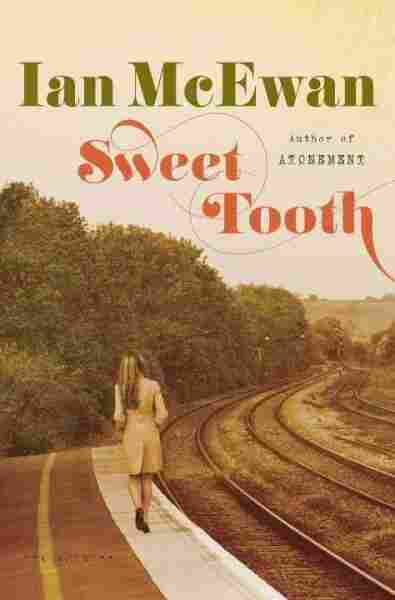 Ian McEwan's 15th book of fiction, Sweet Tooth, is a Tootsie Roll Pop of a literary confection — hard-boiled candy enrobing a chewy surprise at its core. The novel is set 40 years ago, when communism was still perceived as a threat, and takes its title from a fictional clandestine mission by Britain's MI5 intelligence service to sponsor writers espousing the Cold Warrior cause.

Readers will be happy to know that Sweet Tooth shares more with Atonement than with Solar, McEwan's disappointing previous novel — including a female protagonist and concerns with love, betrayal, doubt and the relationship between literature and truth. Both novels also feature intriguingly complex, layered structures, the keys to which are withheld until the final pages. But where Atonement compels on every level, from its country house opening to its war and hospital scenes, Sweet Tooth is most satisfying after its final revelations. Almost guaranteed to send you back to the beginning once you reach the end, it is a tricky book to discuss without revealing its surprise twist, which is best left for readers to discover for themselves.

A critic for the London Observer astutely dubbed Sweet Tooth, with its elaborately recursive layers of fictions within fictions, a "Russian doll of a novel." On its surface, the book is Serena Frome's story of her short-lived, botched career with MI5 (short for Military Intelligence Section Five) in the early 1970s, when she was a young beauty and Britain's identity as an empire was in free fall. Serena, a lusty speed-reader who devours novels that preferably end in marriage proposals, has struggled through math studies at Cambridge University, graduating at the bottom of her class with no idea of her future. She falls into an affair with her ex-lover's much older married professor, which ends badly. But before it does, he sets her up for an interview with MI5, with which he's been affiliated.

After months as "just one more office girl in a mini-skirt," Serena is tapped for Operation Sweet Tooth. Her job is to recruit and monitor a promising young writer named Tom Haley to receive funding from what he thinks is a no-strings grant from the Freedom International Foundation. McEwan probes the decay that ensues when Serena and Haley become sweet on each other despite the deceit at the root of their relationship. 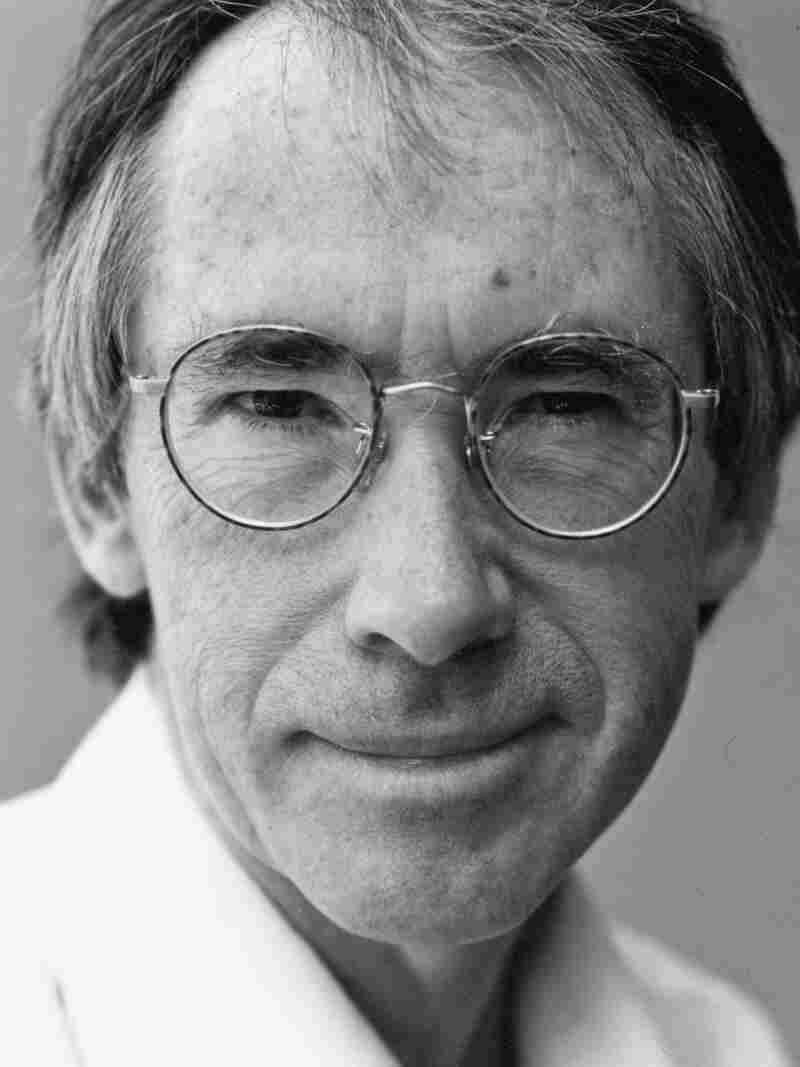 Ian McEwan's other books include Solar, For You and On Chesil Beach. Eamonn McCabe/Courtesy of Nan A. Talese/Doubleday hide caption 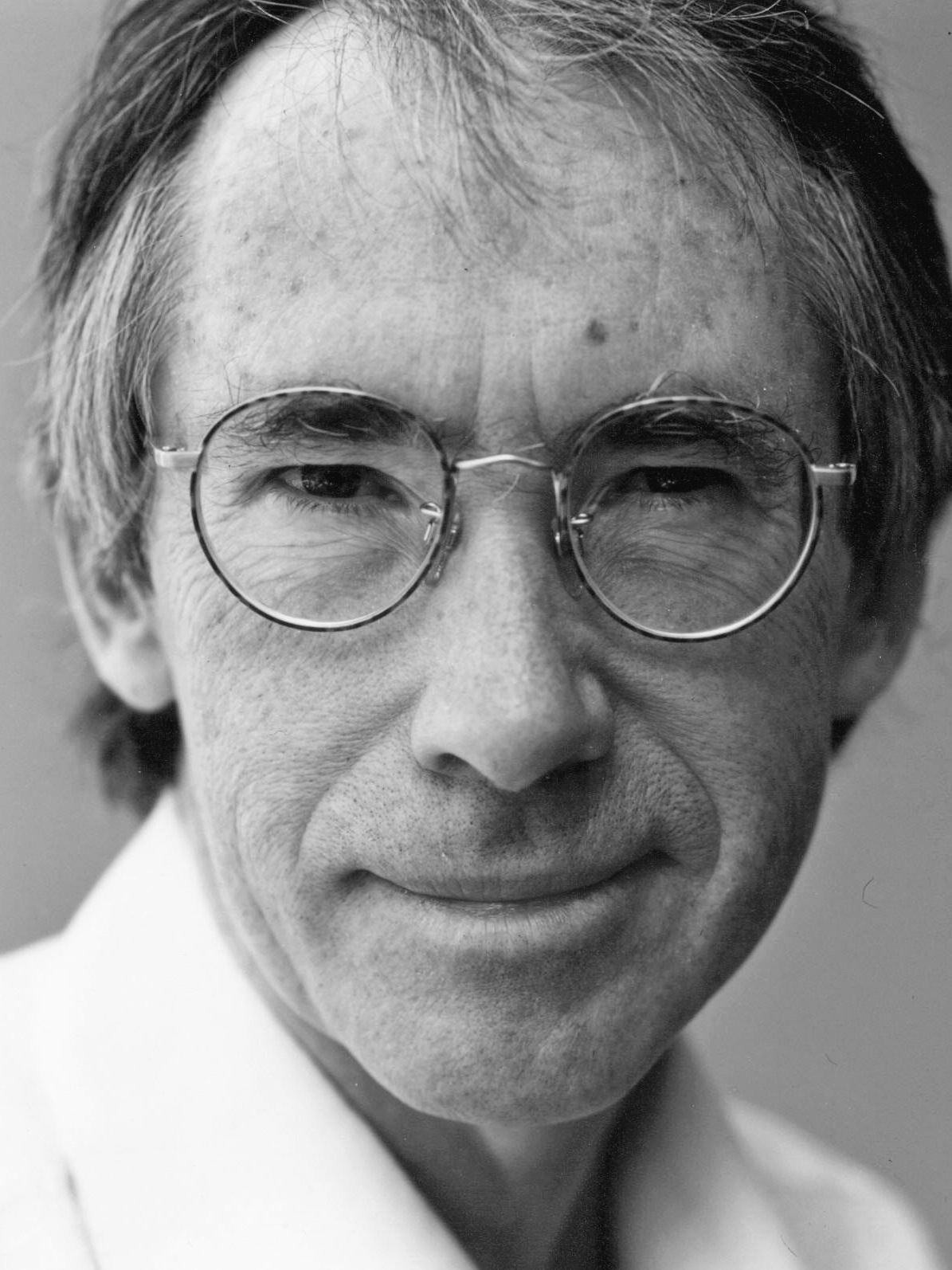 Ian McEwan's other books include Solar, For You and On Chesil Beach.

If you've ever wondered what happened to the McEwan who wrote the edgy, creepy stories of In Between the Sheets, he surfaces again in Tom Haley's sinister, pessimistic fiction, descriptions of which ripple through Sweet Tooth like dark bands of fudge. In mesmerizing stories about a husband whose wife hawks his personal treasures and claims they've been stolen, and a man who falls in love with a mannequin but then reads treachery into her passivity, men are destroyed by misguided love. Will Tom be ruined by Serena's duplicity? For her part, she worries that she's just material for him: "I couldn't banish the thought that he was quietly recording our lovemaking for future use, that he was making mental notes," she reflects after their first awkward sex. So, who's using whom, and what is acceptable?

McEwan paints a convoluted climate of distrust even among Serena's friends at work. Intense conversations about spying, disingenuousness and literature dance around the "off-white lies" they all tell each other. McEwan sprinkles his novel with hints of his subversive intents, including Serena's declarations of her distaste for literary tricks and her belief that the relationship between author and reader "was a contract founded on mutual trust."

Espionage aspects of Sweet Tooth — concerning the IRA and USSR — are curiously flat. The book's tensions and temptations reside instead in its labyrinthine literary and romantic interplay. Coming from a culture that has produced such masterpieces of intrigue and guile as Harold Pinter's Betrayal and Ian Fleming's spy novels, McEwan's clever bonbon of a book has added "one extra fold in the fabric of deception."