Accessibility links
Interview: Colm Toibin, Author Of 'The Testament Of Mary' | 'Testament' Gives Voice To The Virgin Irish writer Colm Toibin's novella recounts familiar stories of the New Testament, as seen through the eyes of Jesus' mother. But this isn't the iconic blushing virgin you're used to seeing. Toibin's Mary is modeled after the fierce heroines of Greek tragedies — and she is filled with anger. 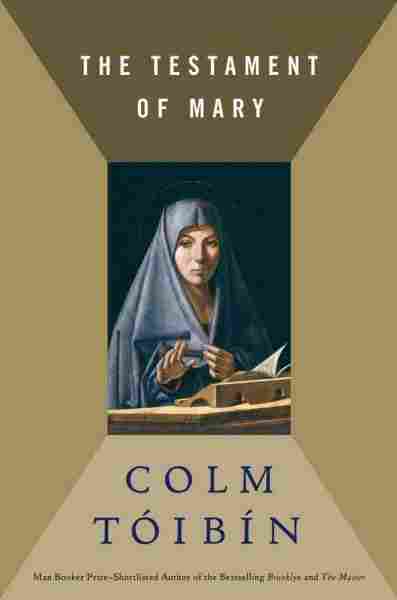 The Virgin Mary is one of the most familiar icons of Christianity. For centuries, artists have depicted her on everything from backyard statues of a rosy-cheeked innocent to paintings of magnificent Madonnas hanging in museums all over the world. But few writers have taken up her story or tried to create their own version of the events of her life.

Now, Irish writer Colm Toibin does just that. His novella, The Testament of Mary, raises questions about the life of Jesus' mother and the stories that laid the groundwork for the creation of a church.

Toibin grew up in Catholic Ireland at a time when devotion to the Virgin Mary was widespread. But he found inspiration for his fictional account of Mary's life in Italy, not Ireland. While on a trip to Venice, Toibin happened upon two very different works of art: Titian's Assumption of the Virgin, which depicts a red-robed Mary being taken up into heaven surrounded by angels; and Tintoretto's The Crucifixion.

"I was absolutely struck by the difference between the two images," says Toibin. "One pure, the way they wanted her to be, arising into heaven; and the other impure, chaotic, cruel, strange, unforgettable."

The Testament of Mary explores the space between those two images. It takes place many years after the Crucifixion when Mary is living in Ephesus, watched over by two of her son's followers. From the first moment she saw Jesus preaching to his disciples, and heard a false note in his voice, she has had nothing but contempt for his devotees.

"She calls them misfits, only children, stammerers, men who could not look women in eye," Toibin says. "And they sort of appalled her because the language that they were using did not seem to her to be right."

This Mary is neither pious nor pliant. Instead, she is filled with anger. Toibin says he based her voice in part on Medea, Electra and Antigone, the fierce heroines of Greek tragedies. Through her eyes we see anew familiar stories of the New Testament, including the wedding feast at Cana and the resurrection of Lazarus. Toibin says he used the Gospels as a resource until the beginning of the Crucifixion, when Mary first sees the crown of thorns.

"Then I had to just leave the Gospels aside, leave all sources aside, and begin to imagine: What would that be like if you had known this man as a baby? If you had nurtured this child, if you were a woman who had nurtured him, to see him try to pick out, pull at the crown of thorns, and actually pushing the thorns in even farther? So I was trying to imagine it second by second, moment by moment as though it had not happened yet," he says. 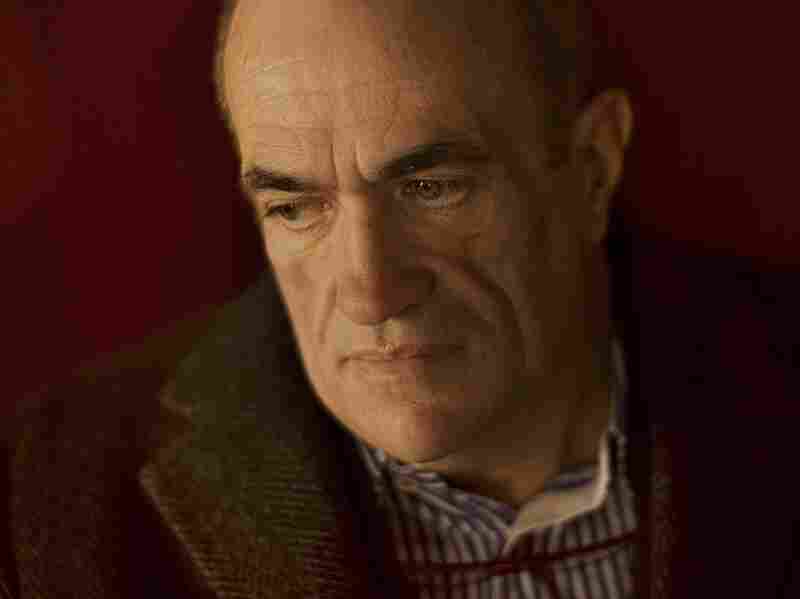 Colm Toibin is the author of several novels, including The Master, which was shortlisted for the 2004 Man Booker Prize. Phoebe Ling/Scribner hide caption 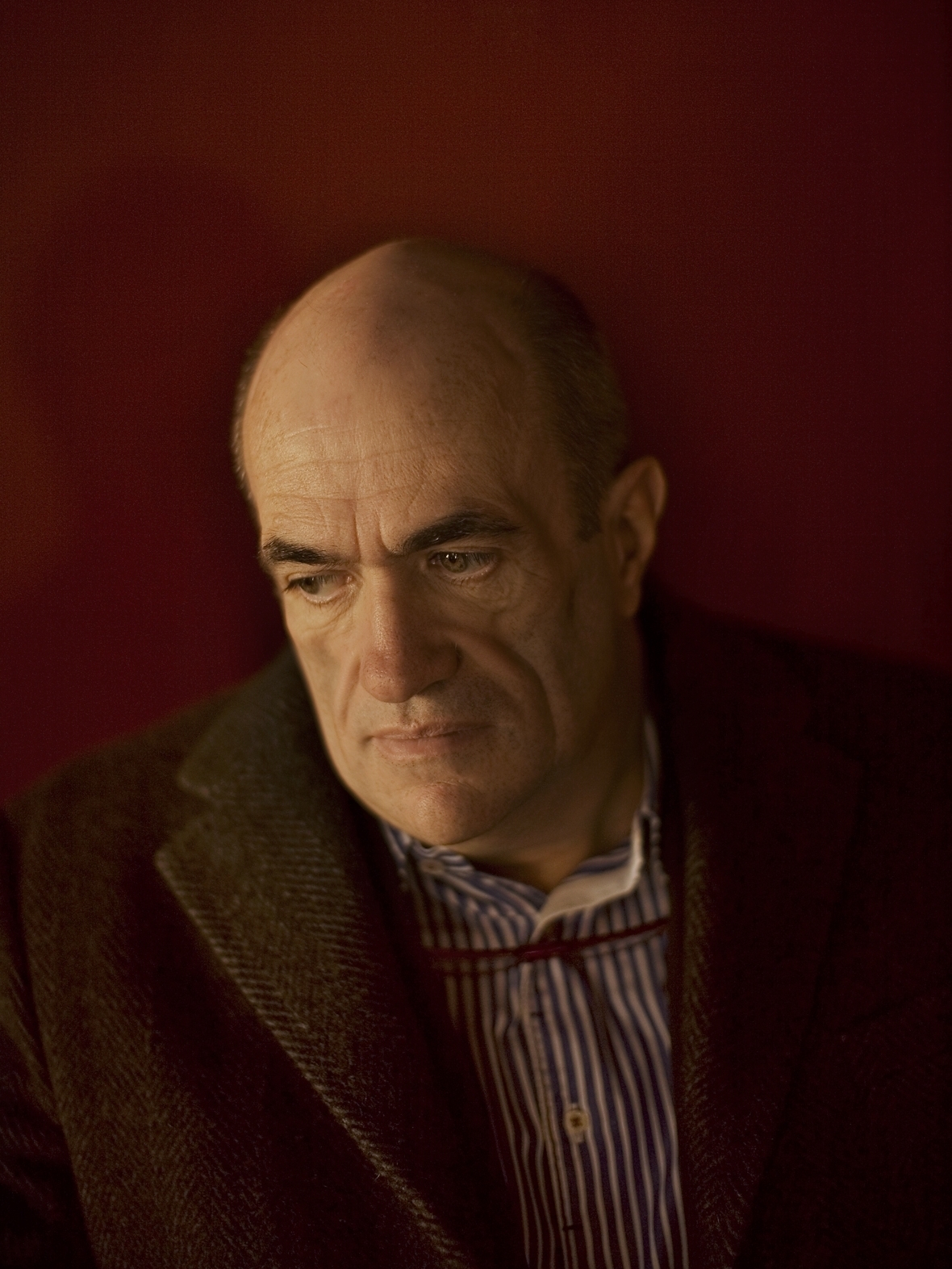 Colm Toibin is the author of several novels, including The Master, which was shortlisted for the 2004 Man Booker Prize.

One of the disciples now taking care of Mary is John, who wants her to confirm the stories he is writing down in his Gospel. He wants to place a grieving Mary at the foot of the cross. Mary knows her son's followers want her to help them tell the world that Jesus was the son of God, but she will have no part of it.

When the disciples speak of the Crucifixion — "By his death, [Jesus] redeemed the world," they say — Toibin's Mary responds angrily.

Toibin's Mary seems so unlike the iconic blushing Virgin or tragic mother figure that has been handed down over the years that some readers may find her almost unrecognizable. Toibin says he knew, even as he was writing the book, that he was creating a controversial figure.

"I realized that, sometimes when I was working, that I was breaking glass," he says. "And yes, I was aware that the figure speaking was not the mild woman of the paintings, the imploring and very yielding woman that you see at the foot of the cross or that you hear about in the Gospels; that she was somebody who was deeply traumatized and very angry, and also sharp and also intelligent and also ready to defend herself if necessary."

The Gospel of St. John, of course, does not tell the story of Jesus according to Mary's testament. Toibin says there are two competing narratives in his book, and he insists that he makes no judgment on which is closer to the truth.

"That's too large a question for me," he says. "I am interested only in her voice and what somebody like her might have said had the time arisen 20 years after the Crucifixion to speak for once. But those large questions over what's right or wrong, or over should things have happened one way or the other really don't interest me. I'm concentrating entirely on the tone and texture of this woman's voice on this particular day."

That said, Toibin knows his Mary may not sit well with some Christians.

"I do realize that this is not ideal if you pray to the Virgin Mary, as a lot of people do, or if you worship her," he says. "On the other hand, a book is closed; you have to open it to read it. And also, I am a citizen of the European Union and indeed I am in the United States at the moment where the freedom to imagine and publish is one of the things we have all worked for over a number of centuries. And so I am insisting on my right to imagine how she might have spoken on a given day. But I would also insist on someone else's right not to open the book"

At the very least, Toibin says, he hopes that believers and nonbelievers alike will approach his portrait of Mary with an open mind, and understand that he took his subject matter seriously. He says he wanted to allow Mary to speak in the same way that artists of the Renaissance wanted to paint her robes, her suffering and her yearning.