Accessibility links
Legalizing And Regulating Pot: A Growth Industry On Election Day, voters in Colorado and Washington cast their ballots in favor of legalizing marijuana for recreational use. In his recent cover story for Newsweek, journalist Tony Dokoupil reported on the booming cannabis business in Colorado and its prospects for regulated expansion. 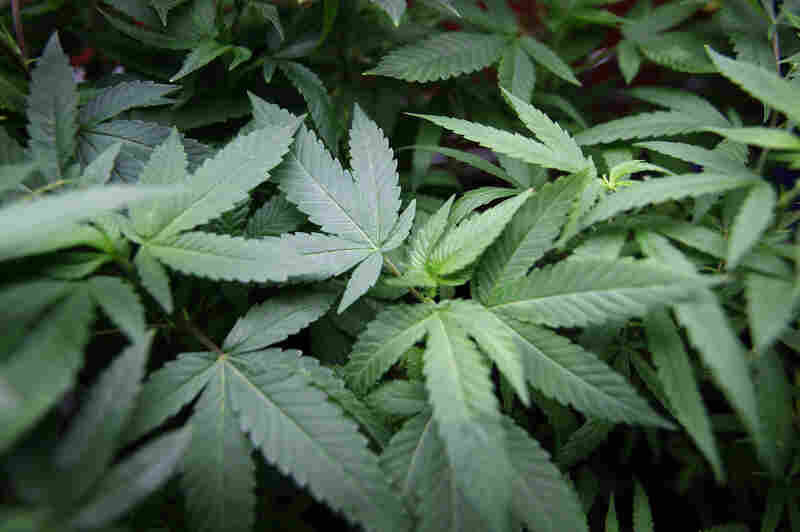 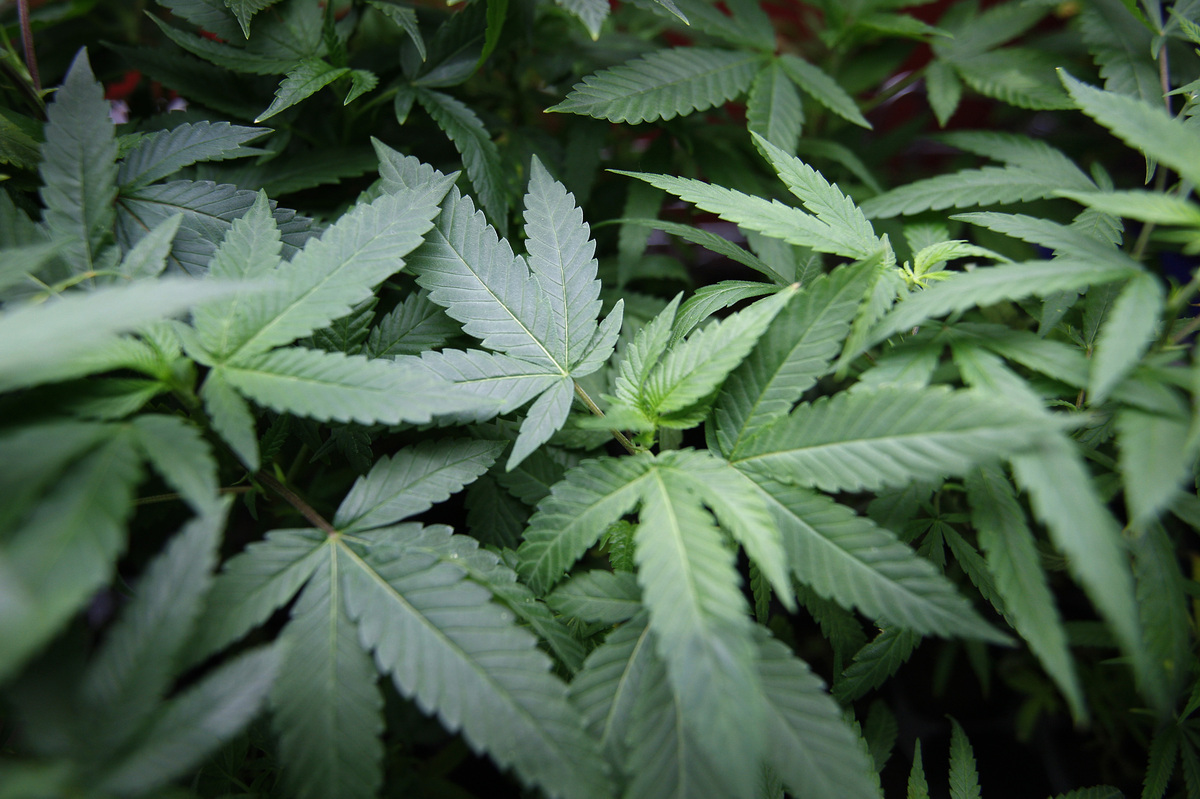 On Election Day, residents in Colorado and Washington state voted to legalize the recreational use of marijuana. Above, marijuana plants grow at Perennial Holistic Wellness Center in Los Angeles.

When reporter Tony Dokoupil was a teenager, he found out that his father had sold marijuana, but he just thought his parents "were hippies." A few years ago, while working on a story about his father's drug dealer past, he discovered that actually, in the 1970s and '80s, his father, Anthony Dokoupil, had been a big-time marijuana smuggler.

"He was arrested in the early '90s on a job selling 17 tons of marijuana," Dokoupil tells Fresh Air's Terry Gross, "which was enough at the time to roll a joint for every college kid in the U.S."

Dokoupil is now writing a book about the controversial plant, and is the author of the recent Newsweek cover story "The New Pot Barons," about the group of entrepreneurs who are growing medical marijuana in Colorado and hoping to cash in on the plant's recent legalization there for recreational use. On Election Day, Colorado and Washington became the first states to greenlight marijuana for recreational use, which is big news for the expanding marijuana industry.

If legalization is here to stay, Dokoupil says Colorado's tightly regulated for-profit medical marijuana market will likely be the basis for the legalized recreational markets in other states as well. In Colorado, more than 1 million square feet of warehouse space outside of Denver are dedicated to growing marijuana, and hundreds of dispensaries sell it. To manage this growing business, the state has 200-plus pages of regulation to explain what is legal and isn't. Marijuana grown in the state, says Dokoupil, is tracked from "the time it blooms to final sale — every single ounce is accounted for." 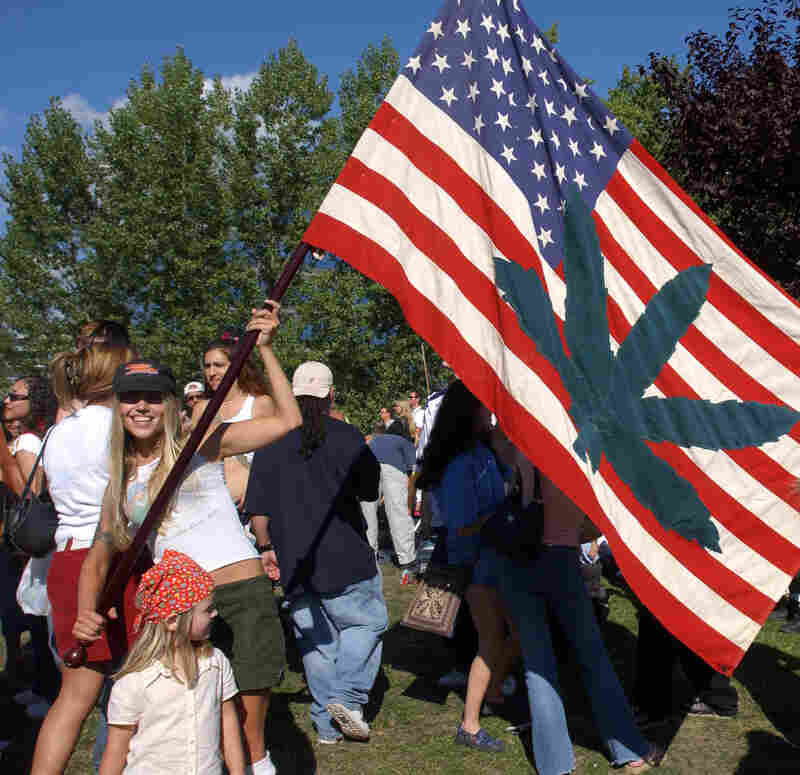 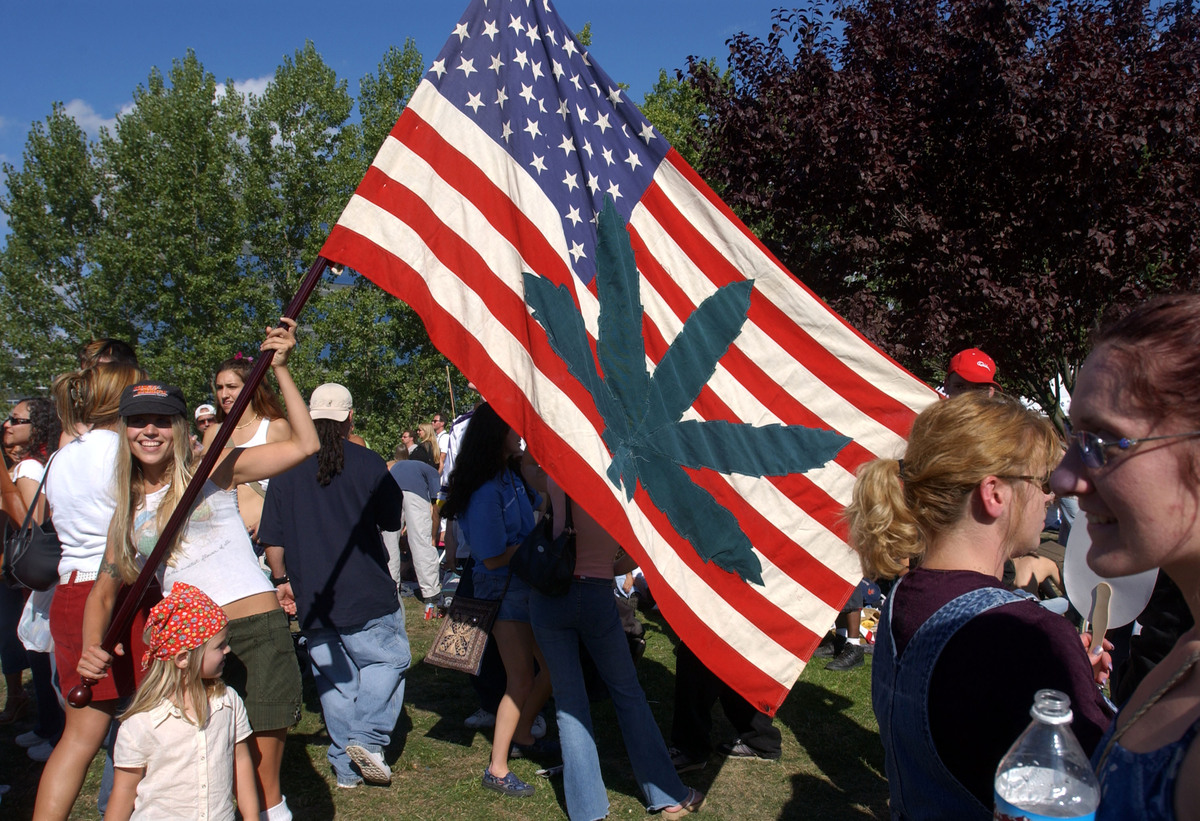 Betsy Burbank shows off her homemade flag at Seattle's Hempfest in August 2003.

On the initial "Green Rush"

"After Eric Holder and the Obama administration suggested that they weren't going to crack down on medical marijuana, everybody and their brother grabbed a trash bag full of weed out of their backyard and were like, 'All right, medical marijuana here for sale!' ... Then Colorado was really interesting ... because there's a core of young, educated, politically connected and well-financed guys who said, 'Whoa, whoa, whoa. We can't have former black market drug dealers and bikini girls as the face of our industry, because the community's not going to accept it.

"So they partnered with law enforcement. They partnered with state legislators. They hired incredibly high-level political consultants and lobbyists who have worked nationally. And they are the inside force that led to the creation of Colorado's regulated medical marijuana industry, which is unlike any in the country and which will be the basis for the legalized, regulated market. And so in response to the craziness that we saw in 2009 ... a movement toward controlled, regulated, not-in-your-face, nonconfrontational pot culture has begun."

"So in Colorado, the medical marijuana growers have to have 24-hour video of their operations, and that video is accessible by the state at any time — they can tap into it. And they all have these badges, and they had to go through background checks to get these badges. So there's an attempt to keep black market money out of it ... in Colorado, you're unlikely to see a situation where a dispensary is, in fact, just a front for a Mexican cartel. And then they had this additional rule, which is pretty revolutionary — it's called a 70-30 rule, where 70 percent of all the marijuana that each store sells, they have to grow themselves. ... That goes a long way to eliminating the introduction of black market weed. ... Stores aren't just buying all their weed from Mexican cartels and marking it up. ...

The workers are like the Keebler Elves of cannabis. They live among the plants. They sleep there. They're caring for the plants constantly. They're deeply, devoutly about the plant, and they're usually shirtless or walking around barefoot.

"That's a huge reason why the feds have focused on California. California doesn't have tight regulations on who grows marijuana, where it comes from. So the feds move in, and what they claim is that these med marijuana businesses are fronts for what are in fact just old-school black market drug dealers. And they're not growing medical marijuana in small batches for patients. They're growing it in Mexico, or they're growing it in the hills, and they're just bringing it in, and it suddenly, magically becomes legal once it gets in the store. But in fact, it's based on illegality. Colorado doesn't have that."

On the commercial pot-growing houses in Colorado

"I hope that in the future there are tours of marijuana warehouses in the same way that there are tours of breweries today, because it's really incredible. By law, you have to grow indoors in Colorado. And to do that, these rooms are rigged with lights that mimic the effects of sunlight to grow the plant, and different rooms have different seasons. And there's a perpetual grow, and different plants require different kinds of sunlight. So you walk into these warehouses, and at first you don't see anything because the actual plants are inside smaller rooms within rooms. And all you hear is the buzz of electricity. It's damp — you expect a forklift to come in from a side door. And you get a little deeper in and you open one of these doors, which are about the size of, like, Winnebagos where the actual plants are, and your eyes just recognize, 'Oh my god — it's summer sunshine.' It's like you want lemonade.

"And then you see a field of plants waving gently because they're stirred by fans, and there will be classical music playing, or there will be hard rock depending on what the grower says the plant likes. And then you go to another room and you open the door, and it will have, like, a honey-coated light, and you'll be like, 'Oh fall! I want a pumpkin latte — how beautiful.' And there will be workers in there, too. And the workers are like the Keebler Elves of cannabis. They live among the plants. They sleep there. They're caring for the plants constantly. They're deeply, devoutly about the plant, and they're usually shirtless or walking around barefoot."

On the threat of big marijuana business 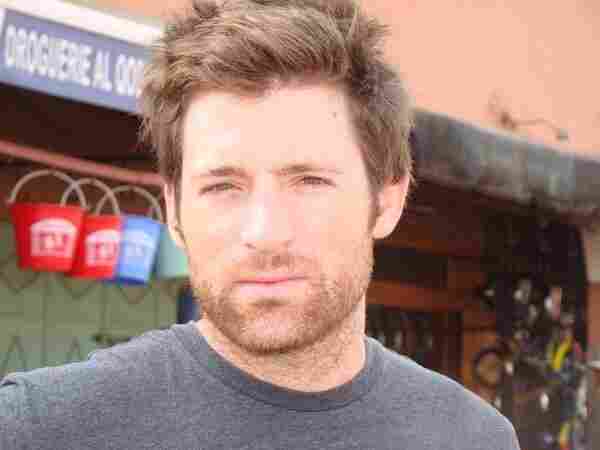 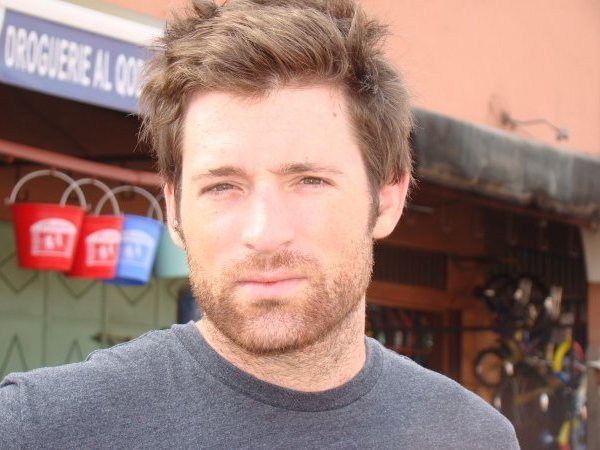 Tony Dokoupil is a senior writer for Newsweek and The Daily Beast.

"We've seen legalization in two states — that's the first step toward legalization in other states. That's a step toward legalization nationally. So you have a third vice industry like tobacco and like alcohol. The problem with that is that 80 percent of the profits tobacco companies and alcohol companies make comes from heavy users. The business model is based on people consuming more than they should. And so there's a strong economic incentive for big marijuana companies to create as much addiction as possible. And yeah, sure, marijuana is less harmful than Jack Daniels, but it's not the same thing as safe or helpful in the home or helpful in the workplace, or good.

"And so the long-term worry is that you have sophisticated marketing programs in place, distribution programs in place, that create a double or tripling of the current level of marijuana usage. And ... by the way, Americans [already] use marijuana at triple the global average. So we're talking about a tripling of a tripling, and that's a big deal. It's something to think about, which is why many people are in favor of — or I believe will become more in favor of as they realize the risks — of severe limitations on the size of marijuana businesses and the advertising that they can undertake."

On the cult of marijuana smugglers like his father, in the '70s and '80s

"The people who were defying President Reagan and before that, Nixon, are not typical characters. So the golden era of marijuana is considered to be the '70s and early '80s, and the swashbuckling hero types who brought in marijuana at a time when the government was trying to crush marijuana culture — those people are not, they're just not normal people. They don't have normal egos. They don't have normal connections to substances themselves. They see themselves as larger than life. They're entitled to whatever comedowns they should want in exchange for the fantastic good they've done, flooding the market with good marijuana.

"And by the way, this is not them just saying that this is how they're seen. This is the way how people in the '70s and '80s saw marijuana smugglers — they saw them as heroes. There's a very, very interesting article written by Timothy Leary, the acid-dropping Harvard professor, called 'The Dope Dealer as Robin Hood,' and it makes the case that the folk hero of the '70s is the marijuana smuggler — as important as rock stars and underground artists. And this was an influential article — it was reprinted in High Times. And then even more recently when my article came out, I had people write to me and say, 'Oh, your father is the Rosa Parks of legalization.' I was like, 'Oh my God. What?' "