Accessibility links
Keith Richards: 'These Riffs Were Built To Last A Lifetime' Celebrating 50 years with a new compilation and tour, the guitarist and songwriter calls "Street Fighting Man" one of his favorite Rolling Stones songs. 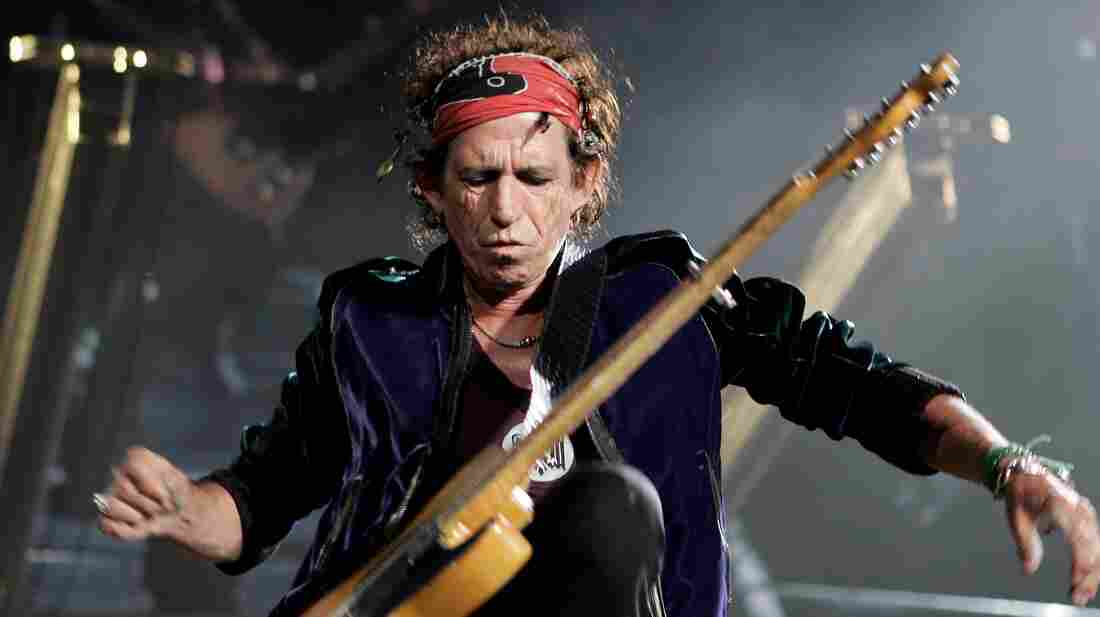 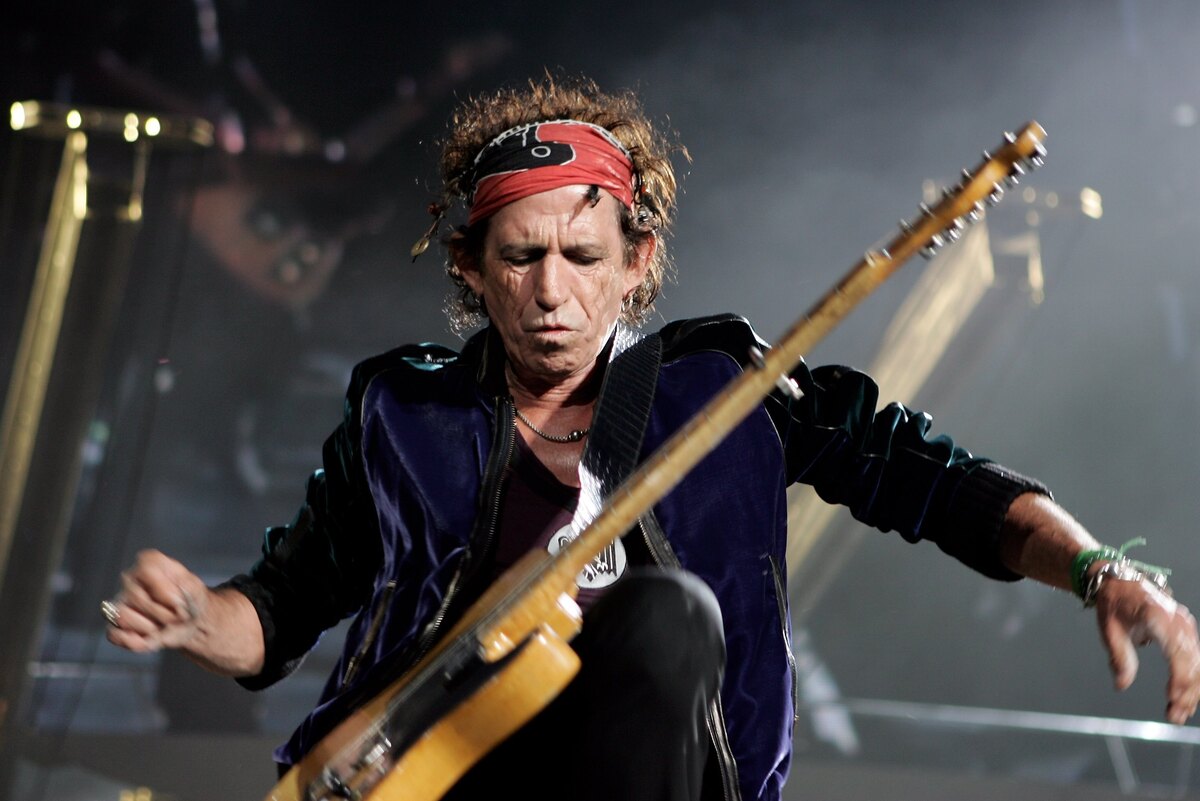 We asked each of the Stones to choose a song from the band's impressive catalog to discuss. Today, we begin with Keith Richards and his pick: "Street Fighting Man."

For the 1968 track, Richards recorded an acoustic guitar through a cassette machine, naturally overloading the audio of the equipment with distortion.

"So you had this very electric sound, but at the same time, you had that curious and beautiful ring that only an acoustic guitar can give you," Richards tells NPR's Melissa Block. "It was just a bizarre way of making a record. And everybody, of course, is looking at me like I'm nuts. You know, I'm in the middle of this enormous studio with a little cassette machine and bowing before it with an acoustic guitar, and they go, 'What the hell is he doing? We'll humor him.' "

"[Watts was] the only one at the time who got what I was going for," Richards says. "He actually brought along a little practice drum kit that fits in a little briefcase. Basically, you opened up the briefcase and there was a little cymbal and a tambourine and a pair of sticks. Charlie stuck with me on this track. I'm the rhythm player. I'm not a virtuoso soloist or anything like that. To work together with the drummer, that's my joy. This record, to me, is one of the examples of what can happen when two cats believe in each other."

Then there's the late Brian Jones, buzzing and droning through the track on sitar and tamboura.

"Brian was a master of picking up the weirdest instruments that happened to be around," Richards says. "Other records — he was playing bells. He was amazing at being able to master, at least for a certain song, a sound or an instrument that had nothing to do with guitars or anything. He was a great experimenter, Brian Jones. He threw a lot of flavors into a lot of our records that wouldn't have occurred to any of the rest of us."

'Still Working On Them'

"Street Fighting Man" was banned by some U.S. stations. It was called "subversive," but Richards says it wasn't meant to be provocative.

"I wanted the [sings] to sound like a French police siren," he says. "That was the year that all that stuff was going on in Paris and in London. There were all these riots that the generation that I belonged to, for better or worse, was starting to get antsy. You could count on somebody in America to find something offensive about something — you still can. Bless their hearts. I love America for that very reason."

Richards says he has no doubt that "Street Fighting Man" will be a part of the upcoming Rolling Stones tour, likening that song and other Stones hits — "Jumping Jack Flash" and "Brown Sugar" — to the expensive sports cars from Maserati and Ferrari. ("You had the chassis," he says, "and now you remodel the body.")

"They're always interesting to play. You're not playing the same thing ever with songs like that. There's no de rigueur — sorry, I've just got back from Paris; I'm trying to get rid of my French," Richards says, laughing. "These riffs were built to last a lifetime, and I'm still working on them, you know?"