Accessibility links
Ron Wood's Funky Contribution To The Stones Canon Assigned the task of picking a standout song from The Rolling Stones' catalog, the guitarist settled on one he helped compose: the disco-inflected "Dance (Pt. 1)." 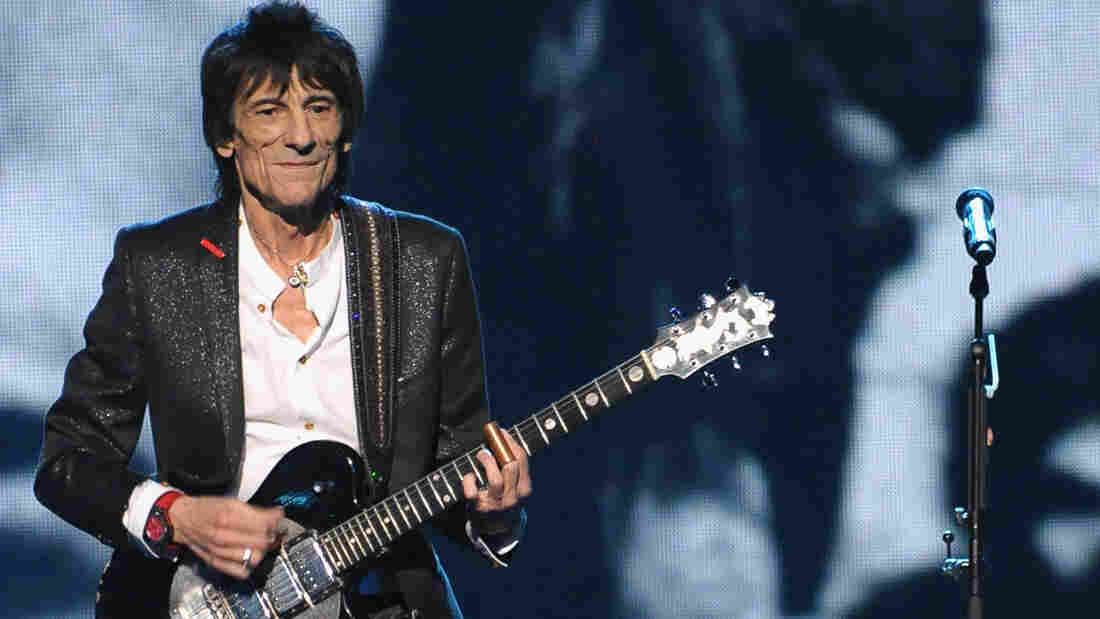 In honor of The Rolling Stones' 50th anniversary, All Things Considered has been talking to the members of the band about standout songs from their catalog. Earlier this week, Keith Richards discussed what gives "Street Fighting Man" its distinctive guitar sound, while Charlie Watts gave context to his drum part in "(I Can't Get No) Satisfaction."

For his pick, guitarist Ron Wood skipped ahead in the band's history, settling on the funky, disco-inflected "Dance (Pt. 1)" from the 1980 album Emotional Rescue. The choice, he tells NPR's Melissa Block, was personal.

"I stuck up for myself, 'cause I picked a song that I wrote," Wood says. "I thought, 'No one's gonna mention that.' But I think people, when they hear that song, they love it — because it's really up, and it gets everyone dancing."

Wood says he composed the main guitar parts, then let his band mates flesh the song out.

"They followed my lead, really," he says. "I had the whole riff, and I had an instrumental in mind, just to get the groove and the funk going. And then Mick jumped over it and he just ... we didn't have to talk much. He more or less said, 'Let me loose on this,' you know? 'And I'll set it on fire.' "

Wood says the song was designed "for the clubs — a place that [someone] would go after hours." Mick Jagger's words, he says, intensified his original vision by setting the scene.

"I just love the way Mick turned the whole thing into a New York City shout-out — you know, it's a bit like a little trip around the city," Wood says, adding, "It's the groove that gets me, really. The words are instrumental, in a quirky kind of way."