Accessibility links
A 'Splendid Table' Set With Mama Stamberg's Relish In yet another installment of a long-standing NPR tradition, Susan Stamberg sneaks her (in)famous family recipe for cranberry relish on the air. This year, she talks to Lynne Rossetto Kasper, host of The Splendid Table — who isn't fooled for a second. 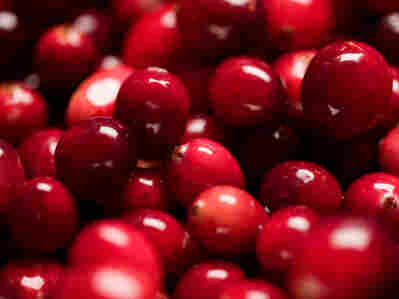 Lynne Rossetto Kasper's The Splendid Table is a show for people who love to eat. Every week, on many public radio stations, Lynne and guests give recipes, history lessons and background on various edibles. And on Thanksgiving Day, she does a live two-hour call-in show, helping listeners with the Big Meal. Sometimes Lynne gets desperate callers — but she seems able to calm them down.

"We save just about anything," Kasper says. "I'm not saying it's always the greatest save, but we give it a shot"

Kasper is fearless! My favorite part of her weekly taped show is a feature she calls "Stump the Cook." (The Car Talk guys do "Stump the Chumps," but Lynne has better manners.) Here's how her "Stump the Cook" works: 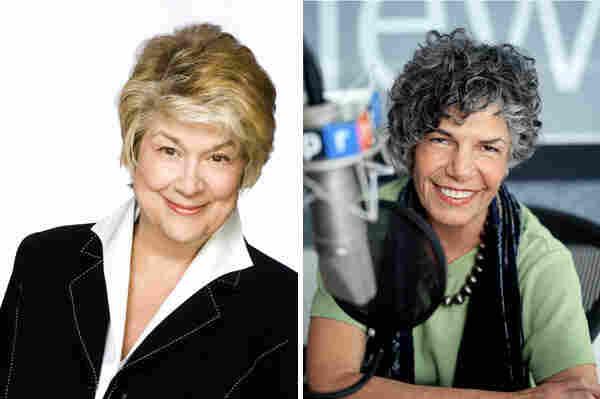 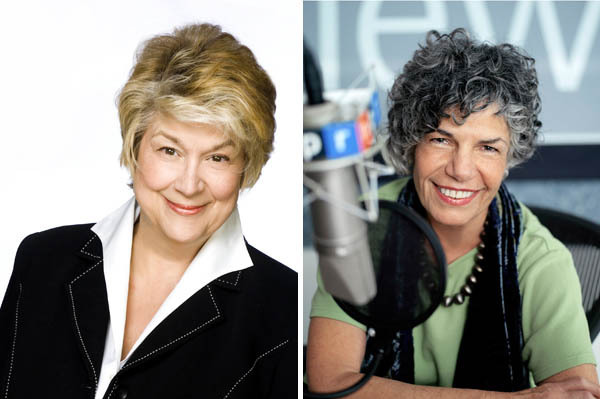 Lynne Rossetto Kasper, host of The Splendid Table (left) wasn't fooled by Susan Stamberg's attempt to play "Stump the Cook" with the ingredients for her (in)famous cranberry relish recipe.

"You call in with five things that you have in your fridge, and I have to come up with a dish that you would actually want to make," she explains.

So! Let's play Stump the Cook: What if, hypothetically, someone just happened to have on hand at home: some raw cranberries, a small onion, some sour cream and some sugar. What would you do?

(Loyal Morning Edition listeners might already know the answer to this. For the past 437 years, I've managed to sneak the family recipe for Mama Stamberg's Cranberry Relish onto this radio program. You know — the recipe that sounds terrible but tastes terrific. And it looks great, too: with its signature, Pepto-Bismol pink hue.)

Relish The Memories: Past Cranberry Coverage

But Kasper is onto me. Here's her recipe:

"Well, considering that there is the famous Susan Stamberg cranberries ... " Kasper says, in addition to raw cranberries, a small onion, sour cream and sugar, "I would be throwing in a ton of garlic, I'd be sautéing the you-know-what out of the garlic and the onions ... I'd throw in those raw cranberries and the sugar. Then, I would add a lot of fresh ginger, and I would add a whack of chili to this."

Then Kasper says she'd cook it until the cranberries were ruby red and the sauce felt nice and lush. And her serving suggestion? "Serve this as like a little taste at the beginning of the meal in espresso cups with a dollop of sour cream. You don't want it folded in, you'll lose the impact — you want each thing to stand out and salute to you." 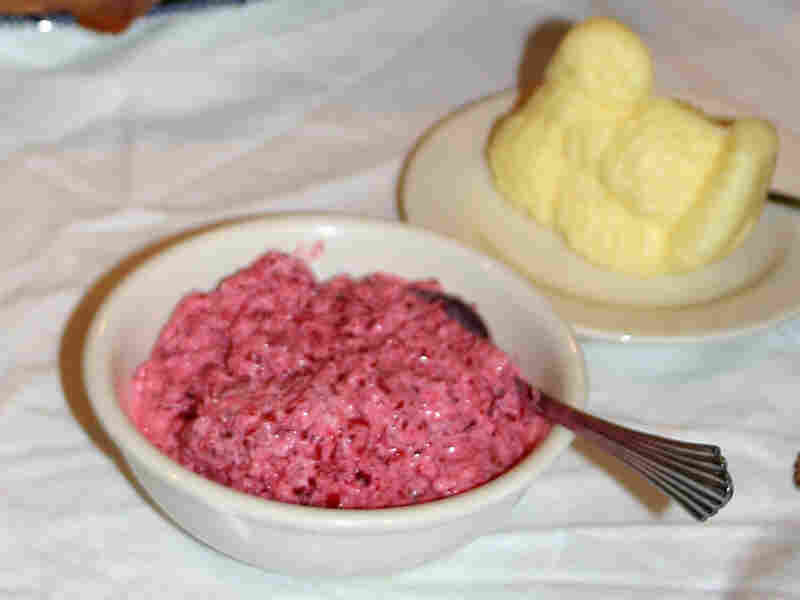 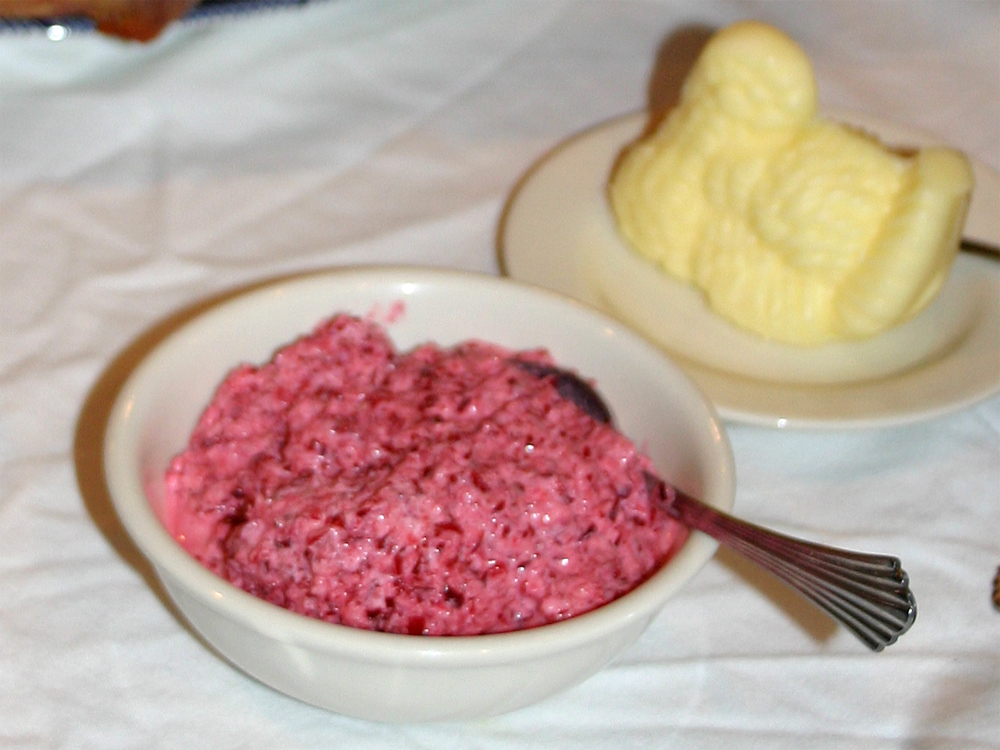 Grind the raw berries and onion together. ("I use an old-fashioned meat grinder," Stamberg says. "I'm sure there's a setting on the food processor that will give you a chunky grind, not a puree.")

The relish will be thick, creamy and shocking pink. ("OK, Pepto-Bismol pink.")

Here's a little something extra — my truly favorite cranberry side dish. It's from Madhur Jaffrey's Cookbook: Easy East/West Menus for Family and Friends.

1-pound can cranberry sauce with berries

1. Cut ginger into paper-thin slices, stack them together and cut into really thin slivers.

2. Combine ginger, garlic, vinegar, sugar and cayenne in a small pot. Bring to a simmer; simmer on medium flame about 15 minutes or until there are about 4 tablespoons liquid left.

3. Add can of cranberry sauce, salt and pepper. Mix and bring to a simmer. Lumps are OK. Simmer on a gentle heat for about 10 minutes.

Cool, store and refrigerate. It will keep for several days, if you don't finish it ALL after first taste!

Have a wonderful holiday!