Accessibility links
Why Obama Put Asia On The Agenda Now Once hamstrung by the need to wind down two wars, President Obama is now able to focus on his long-planned pivot toward Asia. His first overseas trip since re-election includes a stop in Thailand and historic visits to Cambodia and Myanmar. The strongest diplomatic signals, however, are probably aimed farther north, at China.

Why Obama Put Asia On The Agenda Now

Why Obama Put Asia On The Agenda Now 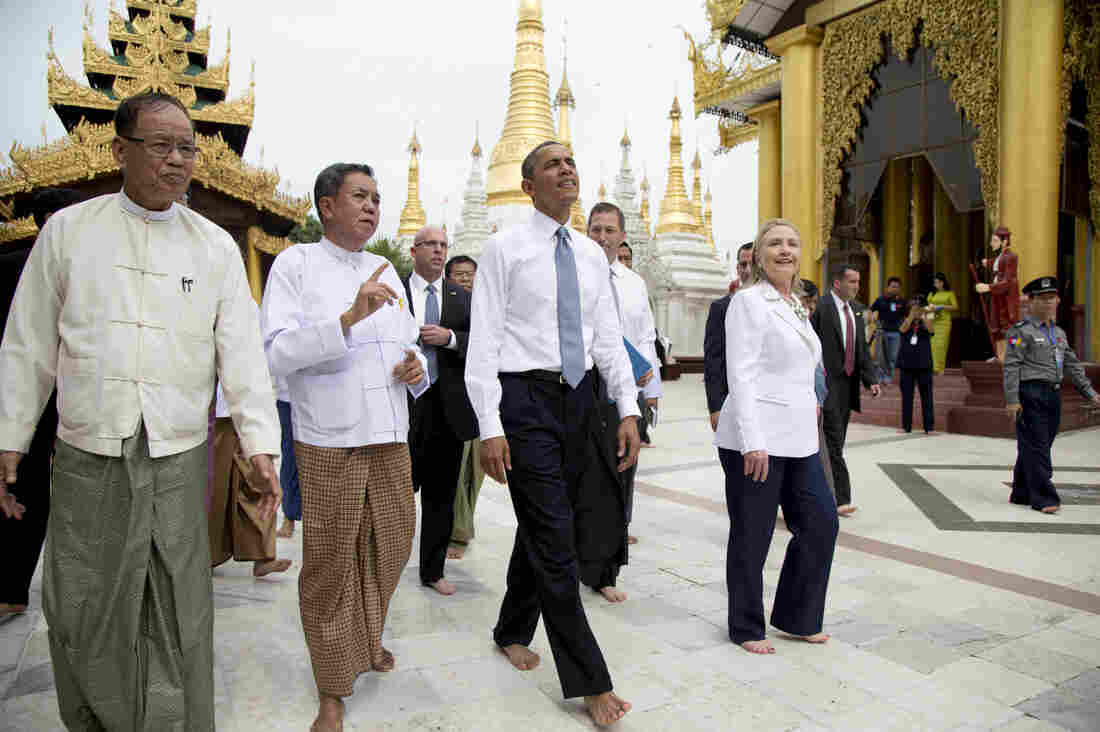 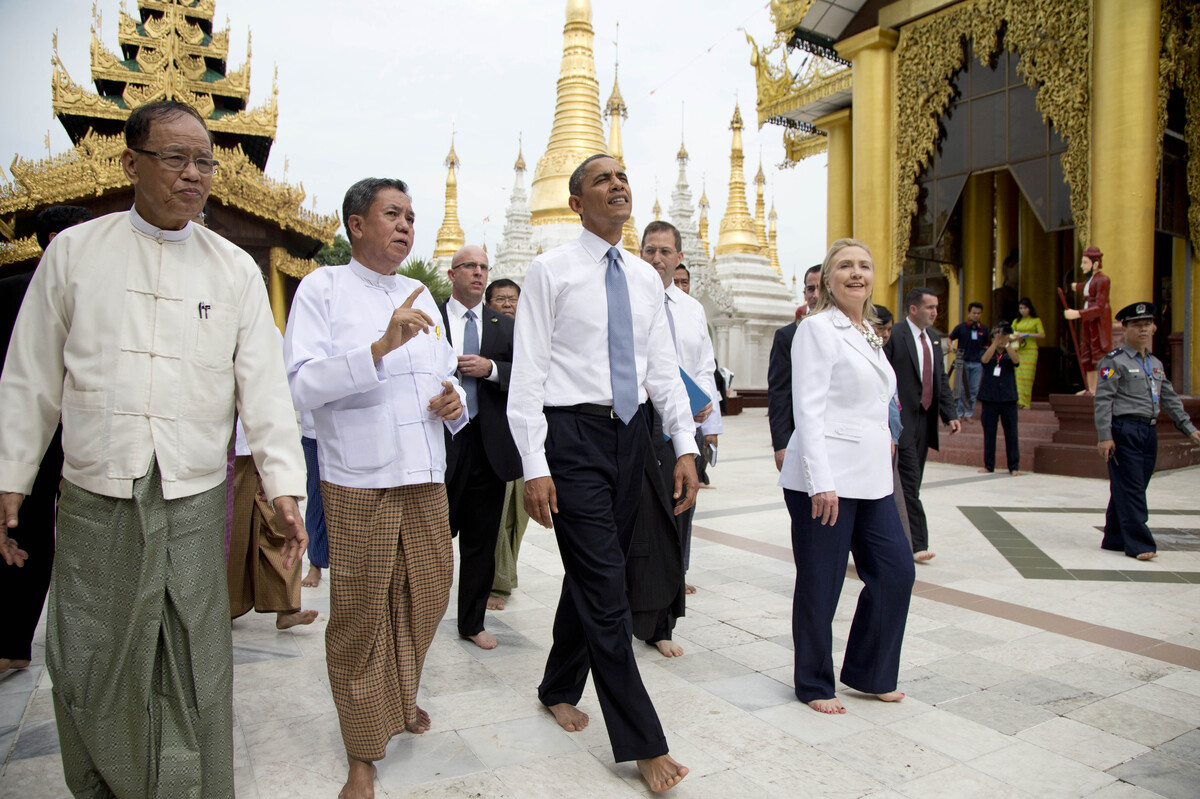 President Obama, in the midst of a five-day trip to Asia, is making stops in Thailand, Cambodia and Myanmar. But the strongest diplomatic signals are probably aimed farther north, at China, which has significant economic and strategic interests in the region.

Obama, who has billed himself as "America's first Pacific president" has already made several trips to Asia, but his administration's goal of making a "pivot" to the region — both militarily and diplomatically — has been hamstrung by the need to wind down wars in Iraq and Afghanistan.

Now, with Iraq off the table and Afghanistan soon to follow, the administration is able to double-down on its Asia policy. Experts say the time is right.

There is no getting around the fact that China is the dominant power in Asia and that its economic, military and political power is rapidly growing. Its economic tentacles have turned much of the region into an outsourcing hub for its own shop floors, with Southeast Asia, for example, becoming a major source of computer chips and hard drives. At the same time, Beijing has stepped up its muscle-flexing over long-standing claims in the South China Sea and elsewhere — sending patrol vessels to the Senkaku Islands, claimed by both Japan and China, and the Scarborough Shoals, disputed territory with the Philippines.

"The U.S. sees this pivot toward Asia as a way to counterbalance China's growing influence in the region," says Suzanne DiMaggio, vice president of Global Policy Programs at the Asia Society. "I think the U.S. looks to Asia and sees China's fingerprints everywhere." 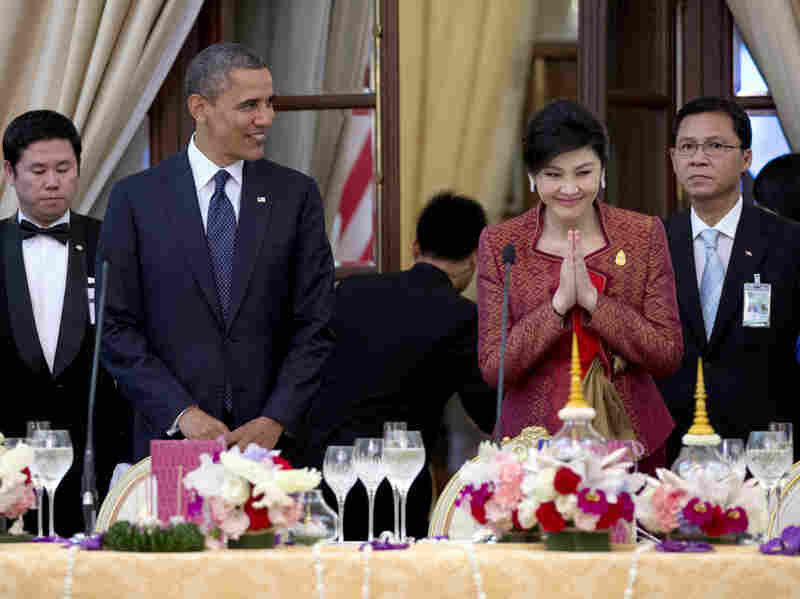 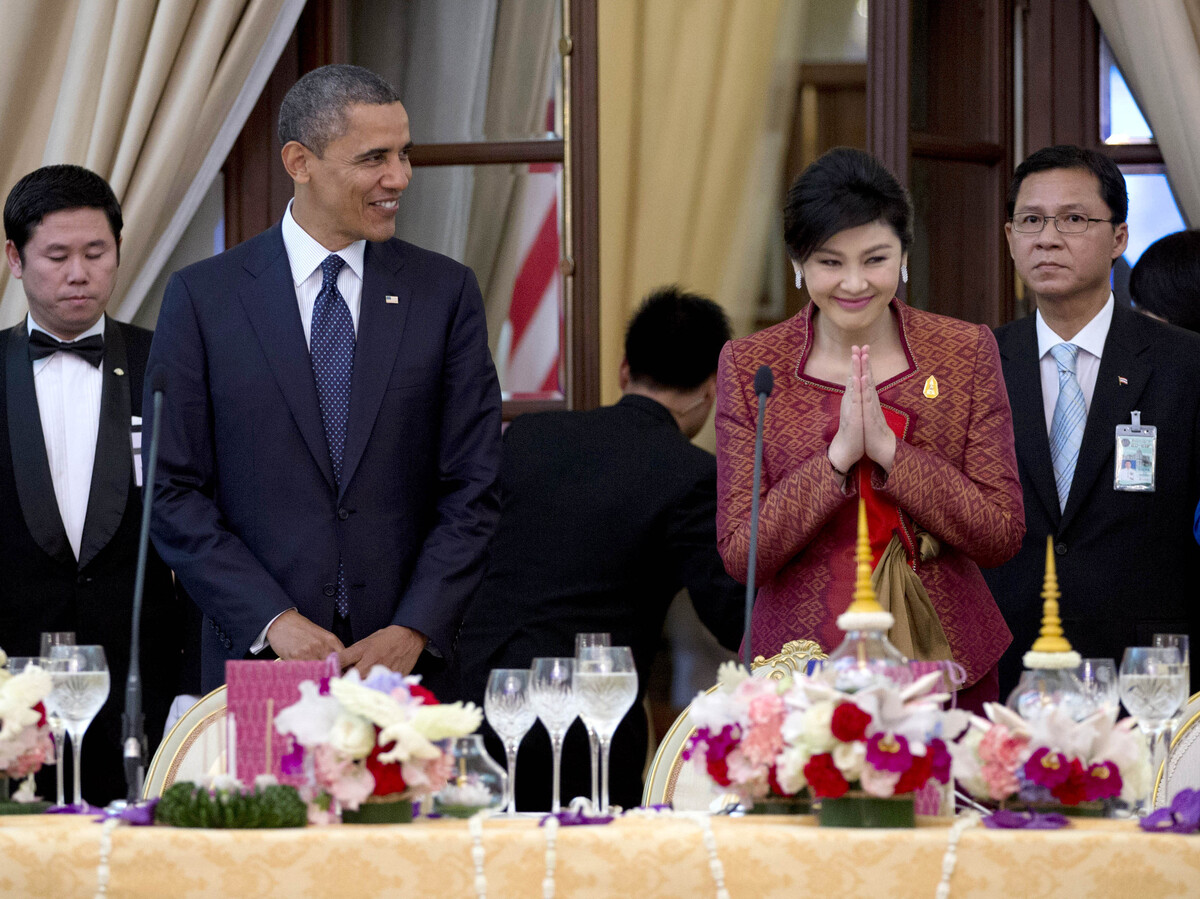 Among other things, providing a counterbalance to China means strengthening military ties and commitments in the region. Earlier this year, Secretary of Defense Leon Panetta said the U.S. would increase the number and size of its military exercises in the Pacific. By 2020, he said, the U.S. Navy would shift the bulk of its fleet to the Pacific, including six carrier battle groups.

But in a larger diplomatic sense, the goal is to rein in Beijing and promote regional stability without provoking the ire of a resurgent China, which sees itself as the logical lead power in Asia. This so-called pivot to Asia has been in motion since the first days of the Obama administration, said John Ciorciari of the University of Michigan's Gerald R. Ford School of Public Policy. "President Obama ... sees this as a foreign policy legacy for his administration. It speaks to the big role that the U.S. sees for itself in Asia, which is to be there for the long term."

Dean Cheng, a research fellow at the Heritage Foundation's Asia Studies Center, says Asia is important because it could easily become a region of major instability.

"You have multiple nuclear powers: China, Russia, North Korea," he says. "So, with any outbreak of hostilities, given the economic importance of the region, it will inevitably affect the American economy and the global economy."

How does Southeast Asia fit into the grand strategy?

"Throughout the region, you have small countries that have relatively robust ties to China, but as small powers, they don't want to be too beholden to their great neighbor to the north," Ciorciari says. "The president's trip, I think, is a very conscious attempt to take advantage of that opportunity to build its relationships."

Testing The Waters In Myanmar

Myanmar, whose longtime military rulers cut themselves off from the West, is the centerpiece of Obama's trip. In recent months, the government in Myanmar has loosened its iron-fisted grip and released pro-Democracy icon Aung San Suu Kyi from years of on-again, off-again house arrest. Obama will be the first sitting U.S. president ever to visit the Southeast Asian country, also known as Burma.

Obama's trip marks a moment when, in the words of the president's top Asia adviser, Danny Russel, Myanmar's new rulers can "put their feet on the right path."

Some human rights groups have criticized the Obama administration for moving too soon to reward Myanmar's rulers with such a high-level visit, but Cheng says reassurance from Suu Kyi that the regime has changed its ways is hard to counter.

"As for Suu Kyi, you can't out-Catholic the pope, so to speak," Chen says. "If she is openly saying, 'Burma is on the road to reform. I have suffered at the hands of the military government, but I am here to say it has improved,' who are we to say otherwise?"

"I think the U.S. feels it can play a role in encouraging the reform effort," says DiMaggio. "I do think [Secretary of State Hillary] Clinton's visit there in December really helped boost the government, and I think President Obama's visit will reinforce that."

Thailand's democracy has been shaky, too, with the military treating itself to power almost at will. The fallout from the last coup, in 2006, is still being felt, and the much-revered but aging Thai king's ill health offers further uncertainty. Cambodia has also experienced a difficult road to democracy in the aftermath of war, genocide and authoritarian rule.

Ciorciari says the U.S. presence and engagement in the region is probably the best guarantee of getting lasting democratic governments in Southeast Asia.

"If the U.S. wants to compete with China effectively for ideological and strategic influence in Southeast Asia, it has to do what the U.S. does best, which is to provide a model that the populations and the progressive elements in those countries can latch onto," he says. "So, as those countries develop, economically and politically, their inclination will be to promote the interests and also the values that they share with the U.S."