Accessibility links
Tom Stoppard, On Adapting 'Anna' And Defining Love The award-winning playwright and screenwriter is best known for such works as Arcadia and Shakespeare in Love. He speaks with NPR's Scott Simon about the screenplay for Joe Wright's adaptation of Anna Karenina. 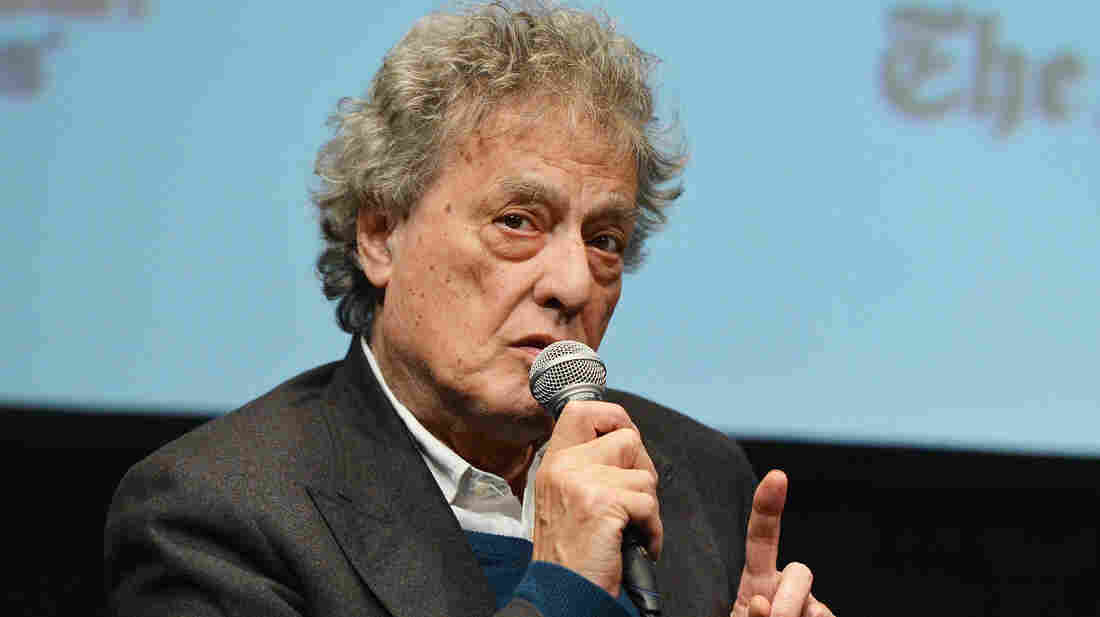 With one Academy Award and four Tony Awards for his writing, Tom Stoppard is a certified titan of both stage and screen. Slaven Vlasic/Getty Images hide caption

Leo Tolstoy's Anna Karenina weighs in at close to 1,000 pages, whatever the translation. And since it appeared in the 1870s, it has often been acclaimed as one of the finest novels ever written. It's also been adapted for film or television at least a dozen times — including a sweeping and highly theatrical new version directed by Joe Wright.

Keira Knightley plays the unhappily married Anna, with Jude Law as her chilly, correct husband, and Aaron Taylor-Johnson as Count Vronsky, the dashing cavalry officer whose love for Anna leads to tragedy.

But how do you adapt a huge, sprawling legend of a novel for yet another screen treatment? By enlisting another legend: Tom Stoppard, whose classic, award-winning plays include Arcadia, Rosencrantz and Guildenstern Are Dead, and The Coast of Utopia, and whose previous screenplays include the Oscar-nominated Brazil and the Oscar-winning Shakespeare in Love.

Stoppard speaks with Scott Simon about his adaptation, working with Joe Wright, and the nature of love.

On adapting a story that's so well known

"I think the things that people know about the story are not so enormous. People have quite a simple idea about Anna Karenina. They feel that the novel is entirely about a young married woman who falls in love with a cavalry officer and leaves her husband after much agony, and pays the price for that. In fact, of course, it's a canvas kind of novel, and it has sets of characters. Principally, one should mention the character of Levin, who represents the author much more than anybody in the Karenin household does."

"Well, he didn't let me know in a phone call. He came around with a lot of storyboards, and he was very excited and nervous, and I was very alarmed and then very excited myself. He didn't want the script changed in any way. He just wanted to explain how he wished to approach the script. He was fearing that he'd end up making the 97th immaculate costume drama since the year 2000. And I just feel that as long as the characters are not in on the whole concept, it should work. And it does work for me.

"If you have a dinner-party scene, which we do in the movie, the point is that that dinner party, while it's happening, is being performed, acted, in what I'd call 'the normal way.' In other words, that people inhabit that place and they're at a real dinner party. The fact that you've previously established that it's taking place in — I think it's a scene dock backstage at this theater that Joe built to film most of the movie in — the fact that you've established that it's not happening in an actual dining room very, very rapidly gets factored out by the brain. You know, it becomes unimportant. And you accept the scene as though it were a normal kind of storytelling.

"Vronsky, Anna's lover, at a certain point in the narrative is rejected, and he — he loses his nerve, and he's just demoralized and so on. And he gets his service revolver and attempts to shoot himself in the heart, but misses. I didn't have any problem with the fact that he missed, but a bullet through the body, somewhere near the heart, is something that you don't easily recover from. 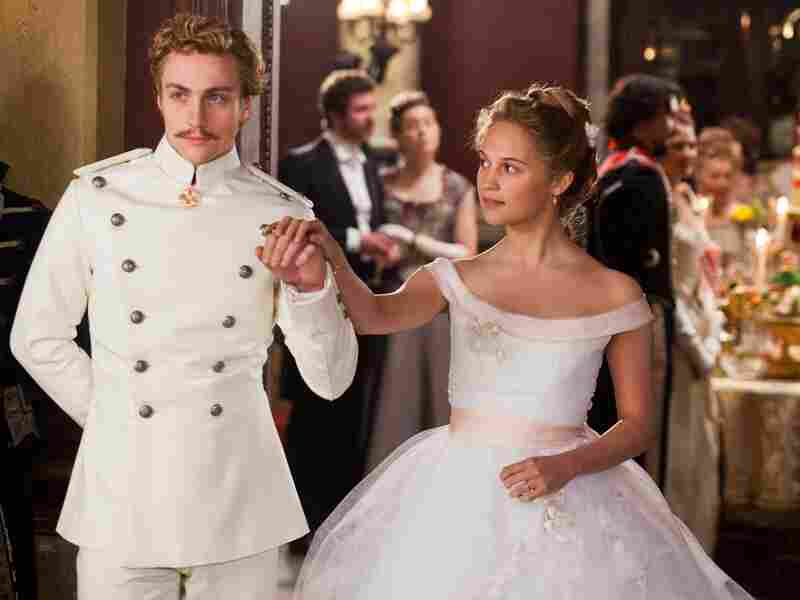 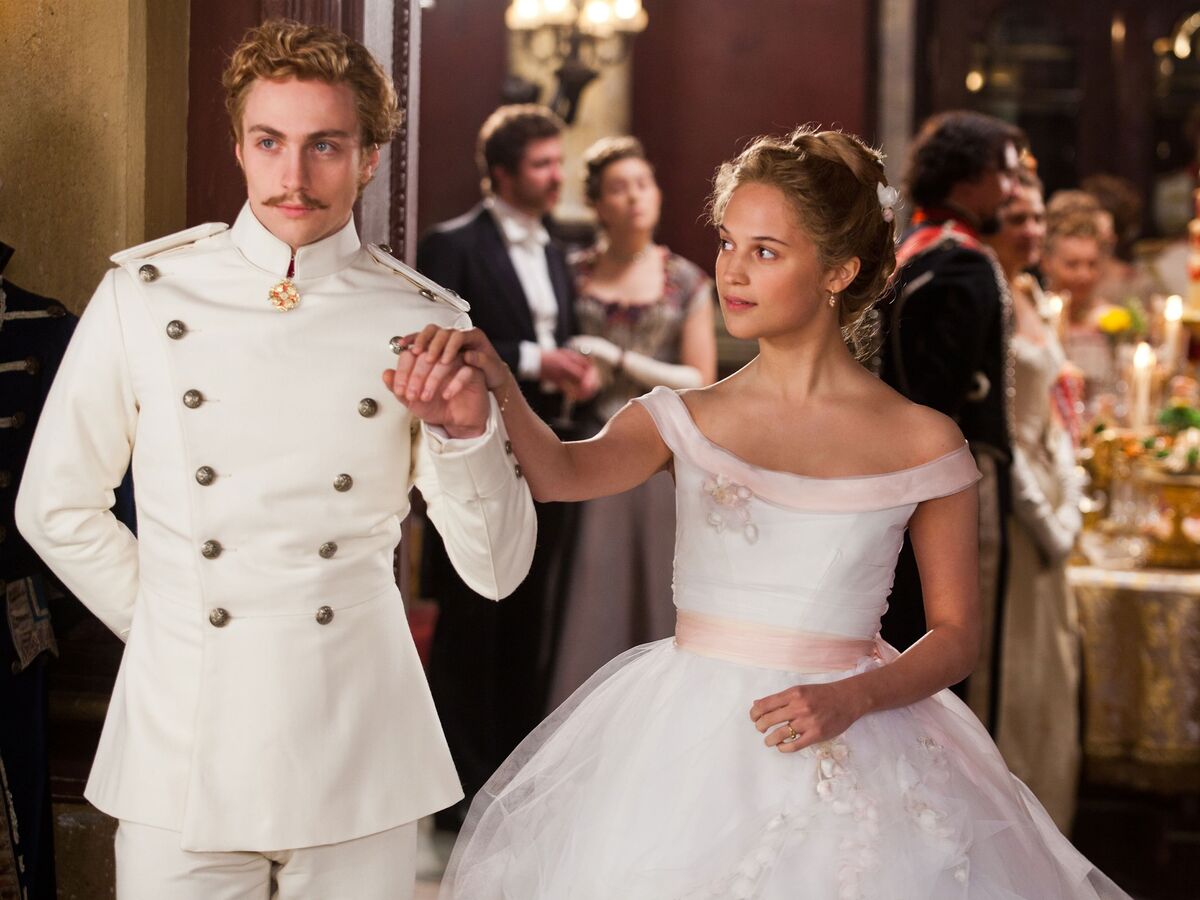 The as-yet-unmarried Kitty (Alicia Vikander) harbors a naive passion for Vronsky (Aaron Taylor-Johnson), who has his eyes on a less suitable prize.

"I didn't buy it. And if you think that's terrible, I'll say something even more terrible, which is that the more I read through this book, the more I began to think that Tolstoy lost faith in it too, and didn't really buy it either, because the incident disappears from the narrative.

"I contrived a kind of duel where he attempts to commit suicide by forcing a duel in which he would be shot, which I still quite like. And if we ever remake when I'm above 110, I think we'll try it again."

On what he thinks love is

"Love is — OK, it's 20 things, but it isn't 19. And I think that love reaches for something which is very, very deep in us and is very easily obscured, and is also very easily denied, which is the instinct towards the other person, other than toward the self. In the end, it's the deepest question, really, you know? Are we born self-interested and we have to learn to be good? Or are we born selfless and merely corrupted by competition and institution?"