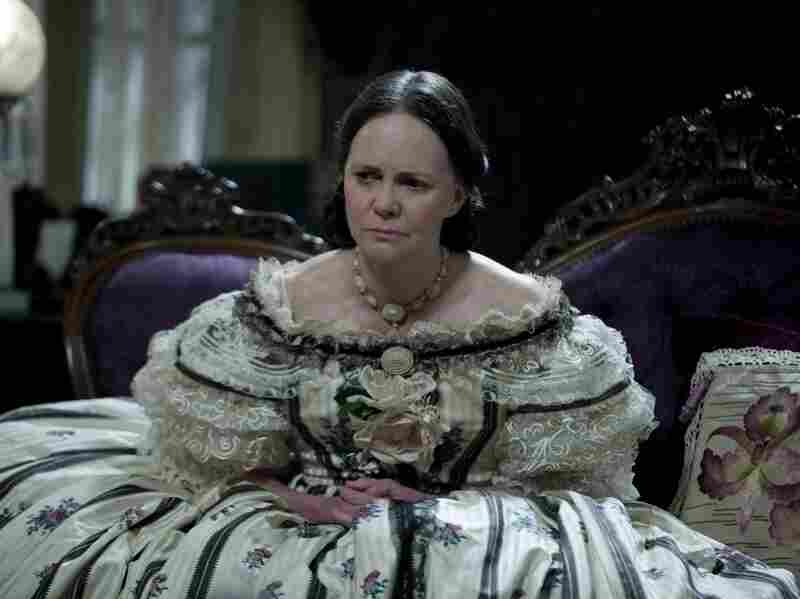 To prepare for her role in Lincoln, Sally Field traveled and researched Mary Todd Lincoln, and even put on 25 pounds. DreamWorks hide caption 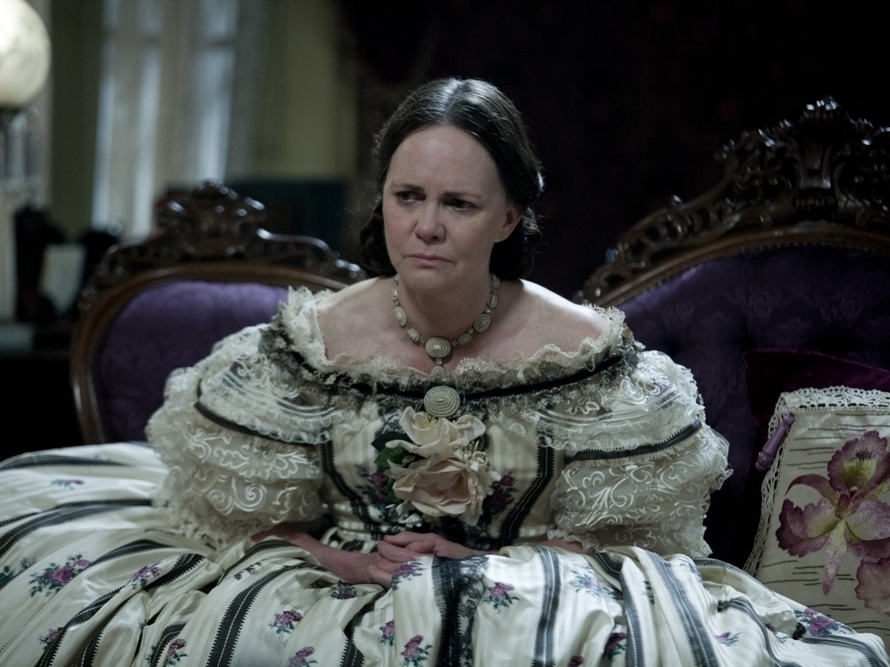 To prepare for her role in Lincoln, Sally Field traveled and researched Mary Todd Lincoln, and even put on 25 pounds.

Field lobbied hard for the role and did extensive research to capture the complex first lady, who modern observers believe may have suffered from bipolar disorder. Field immersed herself in biographies and books about the era, and visited Mary's home and collections of Lincoln memorabilia.

"Besides putting the psychological ingredients of understanding her childhood and all of that into my head," Field tells NPR's Jennifer Ludden, "I then tried to match her exterior."

Field put on 25 pounds to match the documented measurements from fittings. "I went to a nutritionist, and I ate really the most god-awful stuff," says Field. "It was repulsive. And after the end of every day, I felt like a pate de foie gras goose."

Field discusses the process of securing the role, working opposite Daniel Day-Lewis and what she learned about the relationship between the 16th president and his wife.

On fighting for the role

"Steven [Spielberg] asked me to be Mary Todd Lincoln in 2005. ... Writers came and went, and Tony Kushner came onboard and delivered the most exquisite piece of writing perhaps I will ever read.

"And then Daniel Day-Lewis came onboard as Lincoln, and I knew the battle was about to begin. There were several obvious reasons; one of them is the age. And it would be absolutely legitimate for Steven to walk away from me because I'm 10 years older than Daniel and 20 years older than Mary. But I felt that the age you wouldn't really see because they're both so worn, and I know how brilliant Daniel is and was going to be. And I knew he would look worn, and I didn't think it would be a problem. ...

"So Steven let me fight for it. He first let me test on my own ... and Steven still wasn't sure that I was right. ... Steven really needed to see us together. ... Daniel Day-Lewis flew in from Ireland to Los Angeles for the day to test with me. And we met as Mr. Lincoln and his beloved Molly or Mary, and we spent the afternoon doing some bizarre like hour-and-a-half, two-hour-long improv that neither one of us remember a single thing we did or said. ...

"And afterward, as I was driving home, I got a phone call on my cell from both of them at the same time saying, 'Would you be our Molly?' "

On exchanging texts with Daniel Day-Lewis

"This movie was actually shot in a very tight budget with very few days, so we had no rehearsal time. Daniel and I were able to contact and keep some sort of contact with each other going only through contemporary means because he lived in Ireland and I was in Los Angeles.

"So, he doesn't email, and in lieu of sending letters ... we texted each other ... using the verbiage of the era, which is what he and I were both studying. So it made total sense that we would write kind of letters, because I was reading all of Mary's letters and also letters that others had written of the time. And so it was a way for us to start to wrap our minds around ... the beautiful use of language in the 1800s."

On the relationship between Mr. and Mrs. Lincoln

"They were very, very bonded. Had there not been a Mary Todd, there would not have been an Abraham Lincoln. There were two sides of this coin that came together and were Abraham Lincoln. She found him early on in his young lawyer life. She was extremely well-educated. She came from a powerful political family in the South. She came from money. She was raised by slaves. And she was politically savvy. And she had ambition. She wanted to marry the president. She spotted him early on, recognized his brilliance ... and honed him and supported him and was his closest confidante always until they got to the White House."