Accessibility links
Interview: Edward Blum, Author of 'The Color of Christ' What did Jesus look like? In their new book, The Color of Christ, Edward J. Blum and Paul Harvey explore how different groups have claimed Jesus as their own — and how depictions of Jesus have both inspired civil rights crusades, and been used to justify the violence of white supremacists. 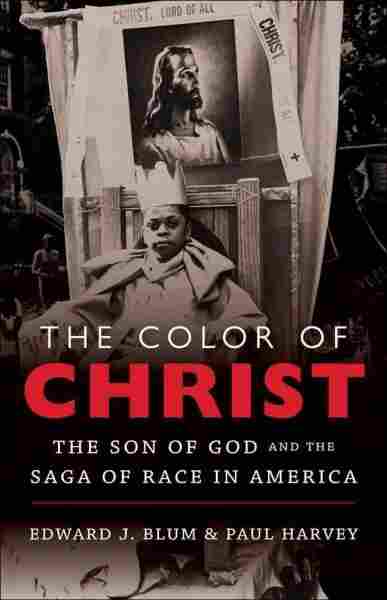 What did Jesus look like? The many different depictions of Christ tell a story about race and religion in America. Edward J. Blum and Paul Harvey explore that history in their new book, The Color of Christ: The Son of God and the Saga of Race in America. The book traces how different races and ethnic groups claimed Christ as their own — and how depictions of Jesus have both inspired civil rights crusades, and been used to justify the violence of white supremacists.

The Ku Klux Klan could not rely on Christian doctrine to justify their persecution and violence, so they had to turn to religious icons. "The belief, the value, that Jesus is white provides them an image in place of text," Blum tells Fresh Air's Terry Gross. "It gets them away from actually having to quote chapter and verse, which they can't really do to present their cause."

If Blum had to paint a realistic portrait of Jesus, he says he wouldn't be white: "I would probably paint him darkly complected, not pure black, more in a kind of light brownish [color]."

Up until the late 1800s, Blum says Americans were comfortable with Jesus' Semitic roots and depicted him with brown eyes. But as waves of Catholic and Jewish immigrants came to the United States, some Americans "became concerned that it was changing the face of America too much, changing it racially, changing it religiously." In the early 20th century, there was an attempt to distinguish Jesus from his Semitic background. Religious writers and artists who were advocating for immigration restrictions began to depict Jesus with blond hair and blue eyes.

On how slave owners presented the image of a white Jesus

"When slave owners try to Christianize their slaves, they bring Jesus in two forms — one is as a servant, and that's to say, 'Hey look, service is good, service is godly, so your work service is good.' But they also present Jesus as master ... You have to follow his lead to not lie, not steal. But when slaves take this Jesus, how they reconnect the dots is to say, 'OK, well if Jesus is master, then my earthly master isn't my only one, he's not my most powerful one, in fact I have a master above my master ... and that master can challenge the slave owner, can teach a higher law.' And then when we get to service, when slaves hear that Jesus was a servant, they say, 'Hey, wait a second, he also suffered, he was crucified, but that wasn't the rest of the story. The rest of the story was he was resurrected, and not only was Jesus resurrected, but he resurrected his friends in the story of Lazarus.'

"So for African-Americans who have death all around them — and not just literal death, but also the death of families, you know, when you see your wife or child sent away ... Jesus has resurrection power for him and his friends. So what slaves do is they basically take those models of master and of servant, and they just connect them differently than the way the slave masters intended, and they create basically a wholly new form of Protestant Christianity." 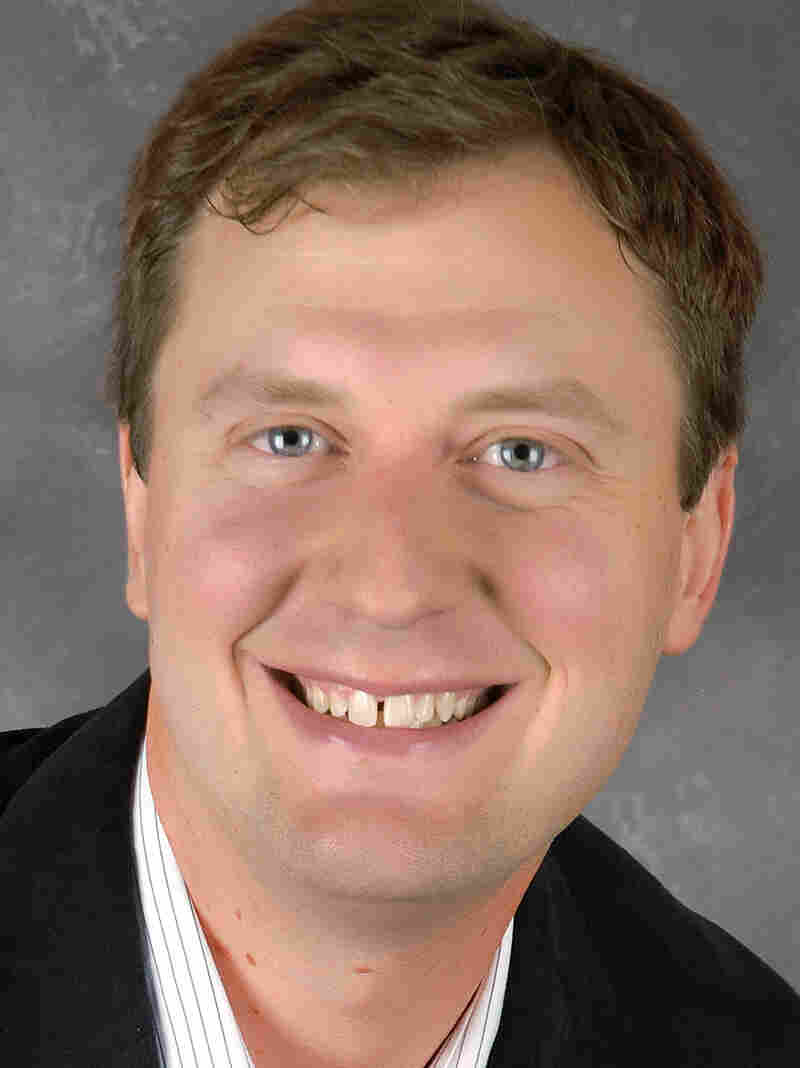 Edward Blum studies the history of race and religion in the U.S., and is a professor at San Diego State University. His previous books include W.E B. Du Bois: American Prophet and Reforging the White Republic. Iris Salgado/UNC Press hide caption

"Geographically, one of the problems Americans had had before Mormonism was they wanted to stake their belief on Jesus, but a Jesus who never lived here, never lived in this space. So when the Book of Mormon has prophecy of [Jesus] and then [has] Jesus here on the American continents, all of a sudden America is sacred. ... It precedes Columbus, and the fact that this Jesus is white with blue eyes — it gives Americans long history; not theft from the Indians, but a reclaiming of the land. So the Church of Jesus Christ of Latter-day Saints, they're reclaiming the faith, they're reclaiming the land, and they're doing it through a white notion of the sacred."

"In Mormon theology — and Smith himself would claim he's not explaining any of this, that these are revelations to him from on high — that basically physical distinctions like light skin, white skin, dark skin, black skin, that those are made by God in part from the Book of Genesis, where after the flood, Noah curses his grandson and, supposedly, his son and grandson then go to Africa. So it seems that Noah's curse is actually from God, and so people of African descent are cursed. But also in Mormon theology, there is a sense that one's skin tone reflects one's pre-this-life sinfulness.

"For Mormons, one's body existed before in a pre-life state, and it'll exist after our lives — our literal bodies will — and so when Joseph Smith looked around him and saw Native Americans, when he saw black Americans, when he saw white Americans — the revelation told him the lighter the skin, the more blessed one and the less sinful one was in the past. And he actually thought that societies would lighten. So the more Native Americans, for instance, would join the church and be good Latter-day Saints, they would actually lighten over time as part of becoming more sacred. But the curse of those [of] African-American descent is intense. Brigham Young, for instance, would say that if a white man was caught having a sexual relationship with a woman with any African descent, he should be executed, perhaps even beheaded on the spot. So while Native Americans could be redeemed more with time, Africans-Americans, people with African descent, were seen really as the ultimate other."

On when the image of a black Jesus emerged

"During the 1920s and 1930s, we see people out of W.E.B. Du Bois' circle drawing Jesus as a Southern black man who is lynched, basically. And then the second time we see it is during the civil rights movement, during the mid- and late-1960s and the 1970s ... that Jesus is more Africanized. He might have an Afro, he might wear a dashiki. ... We see the rise of identity politics, and so making a Jesus who looks like you as part of an expression of power, it becomes important — and that's exactly the same time that African-Americans are quote unquote 'discovering their roots,' as Alex Haley put it. And so going back to Africa, looking more ... 'African' becomes important culturally, and so doing that to Jesus happens at the same time."