Accessibility links
Don't Panic! It's Not Too Late To Plan A Turkey Feast Thanksgiving is fast approaching, but what if you're pressed for time or just a kitchen klutz? Cookbook author Katie Workman says pulling off the holiday meal boils down to simplifying, delegating and letting the supermarket do some of the work. 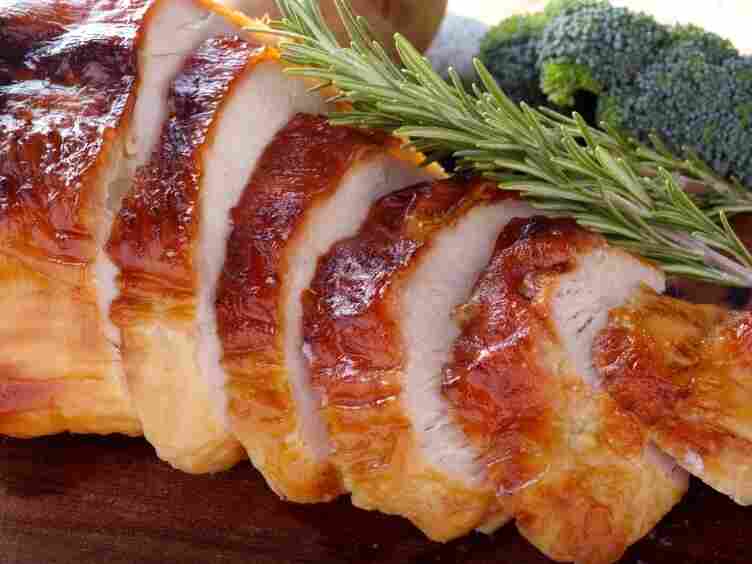 Harried Thanksgiving cooks can save time by roasting a turkey breast, rather than an entire bird, for the holiday meal, says cookbook author Katie Workman. iStockphoto.com hide caption 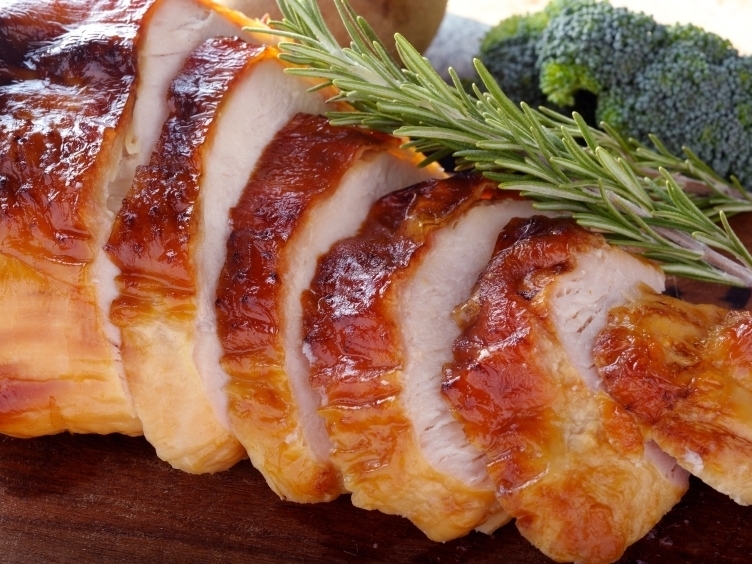 Harried Thanksgiving cooks can save time by roasting a turkey breast, rather than an entire bird, for the holiday meal, says cookbook author Katie Workman.

For those of you hosting a Thanksgiving meal, Monday signals the official start of crunch time. If you're cooking-challenged, or simply short on time, trying to pull together a traditional holiday meal for family and guests can be an anxiety-inducing experience.

But don't fret, says Katie Workman, author of The Mom 100 Cookbook. There's still time to impress everyone and salvage your sanity — starting with some supermarket shortcuts.

"You can definitely buy some great salad greens and salad mixes, prepackaged," Workman tells All Things Considered host Audie Cornish. "This is the time for them." And don't rule out prepared mashed potatoes or sweet potatoes, she says. "Many, many grocery stores have some very good, sometimes in-store-prepared, side dishes. Because you are not the only person who waited until the last minute."

It's Thanksgiving Already? How To Keep Calm And Cook On

Time-crunched cooks should also consider forgoing the whole turkey, Workman says. Instead, "you can ... just cook up a turkey breast, which cooks much faster." A 5- to 7-pound turkey breast typically takes less than 2 hours and 45 minutes to reach the recommended internal temperature of 170 degrees. "And you can feed a lot of people with 7 pounds of turkey breast," she says.

Finally, don't be afraid to delegate — even if you have trying guests. "It's a charged holiday," Workman says, "which is why letting people help — letting them have a task, letting them feel like they're participating in things — actually sort of eases the tension."

And if all else fails, she says, you can always crack open the pinot noir early.

Serves 4 as a side dish

You can multiply this recipe easily, but you will want to make sure that the pieces of squash are distributed in a single layer on the baking sheet, without being at all crowded to get that nice browned, caramely exterior. If you make more than one batch you'll very likely need to use more than one baking sheet and rotate them on the oven racks midway through roasting.

Spread the pieces of squash on the prepared baking sheet.

Drizzle the melted butter over the squash and sprinkle it with the brown sugar and salt. Toss the squash until it is evenly coated.

Bake the squash until it is nicely browned and tender, 35 to 45 minutes, stirring it once halfway through the cooking time.