Accessibility links
Movie Reviews - 'La Rafle' - A Nazi Roundup, Chaotically Evoked On Screen Rose Bosch's docudrama, La Rafle, recounts the Vel' d'Hiv Roundup in Paris, in which 13,000 Jews were sent to detention camps. Critic Joel Arnold says that although the film is compelling, it stretches the docudrama format nearly to the breaking point. 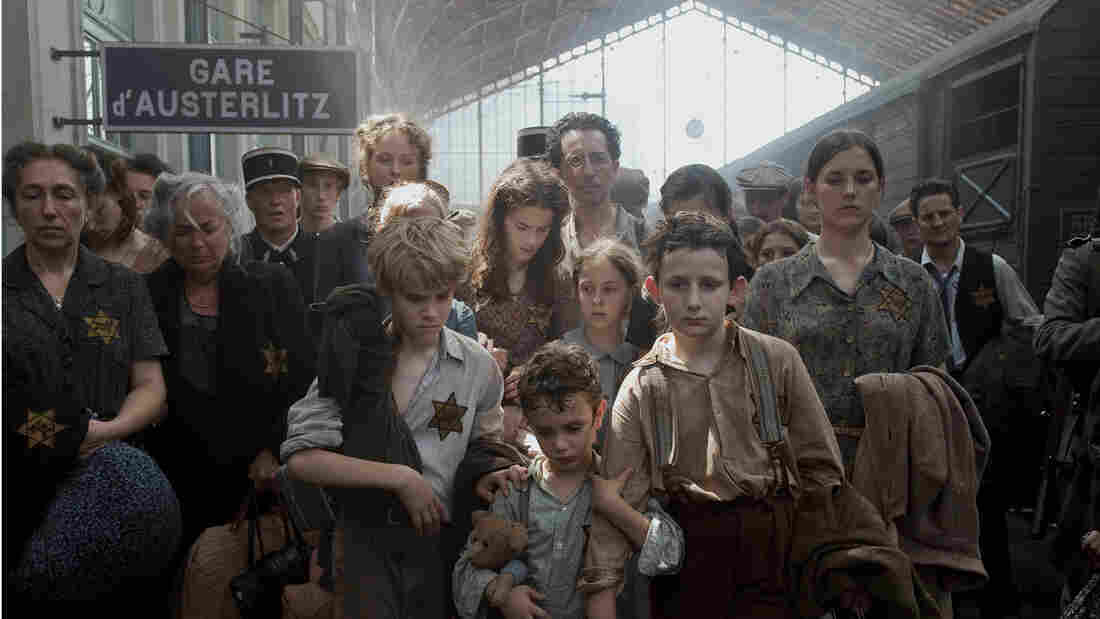 In dramatizing the history of the Vel' d'Hiv Roundup, La Rafle weaves together stories of the persecuted with those of their Nazi oppressors. Menemsha Films hide caption 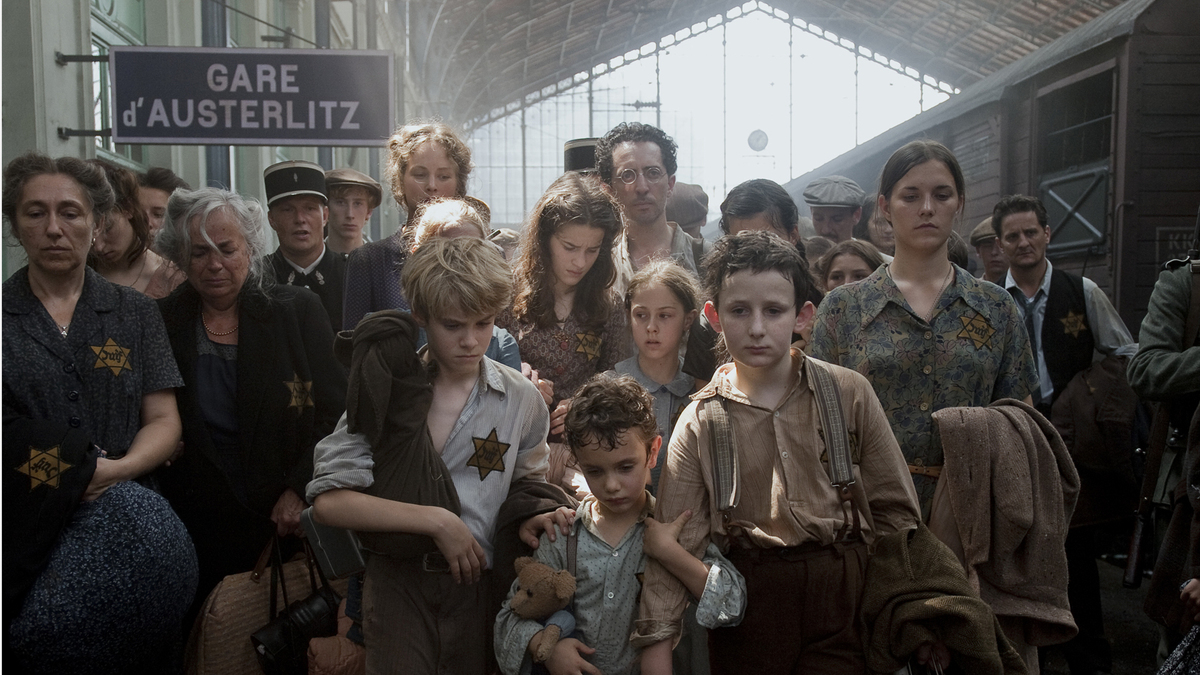 In dramatizing the history of the Vel' d'Hiv Roundup, La Rafle weaves together stories of the persecuted with those of their Nazi oppressors.

On June 23, 1940, the day after France signed the armistice that marked the country's official capitulation and partial occupation, Adolf Hitler toured Paris. In black-and-white footage taken on the day that opens the earnest and unconventional French docudrama La Rafle, the visiting Nazi leaders and their military escorts are more or less sightseeing.

They go by the Paris opera, the Arc de Triomphe, the Eiffel Tower; all are conspicuously empty of Parisians. Unsurprisingly, the Paris Hitler surveys and even awkwardly marvels at on his first and only visit to the city is one without its people — a grim image that foreshadows the unnaturally vacant apartments after a citywide purge that will follow two years later.

La Rafle ("the roundup") chronicles the Vel' d'Hiv Roundup of July 1942, in which roughly 13,000 Jews living in Paris (4,501 of them children) were removed from their homes by French police and sent to detention camps in the countryside, before being deported to Auschwitz. While approximately two-thirds of France's Jewish community survived the Holocaust, La Rafle focuses on a grave moment of extreme complicity and betrayal by the Vichy government and French police — a stain of the war that went unacknowledged by the French government until the 1990s. 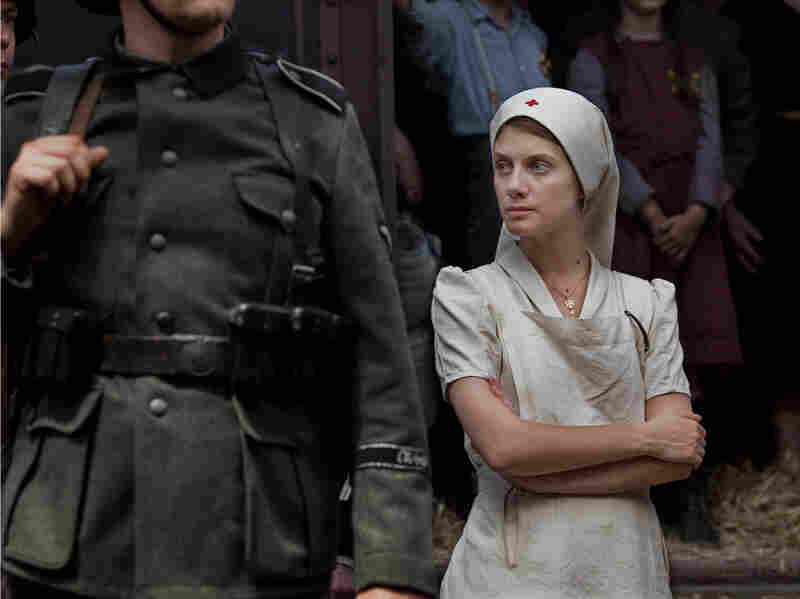 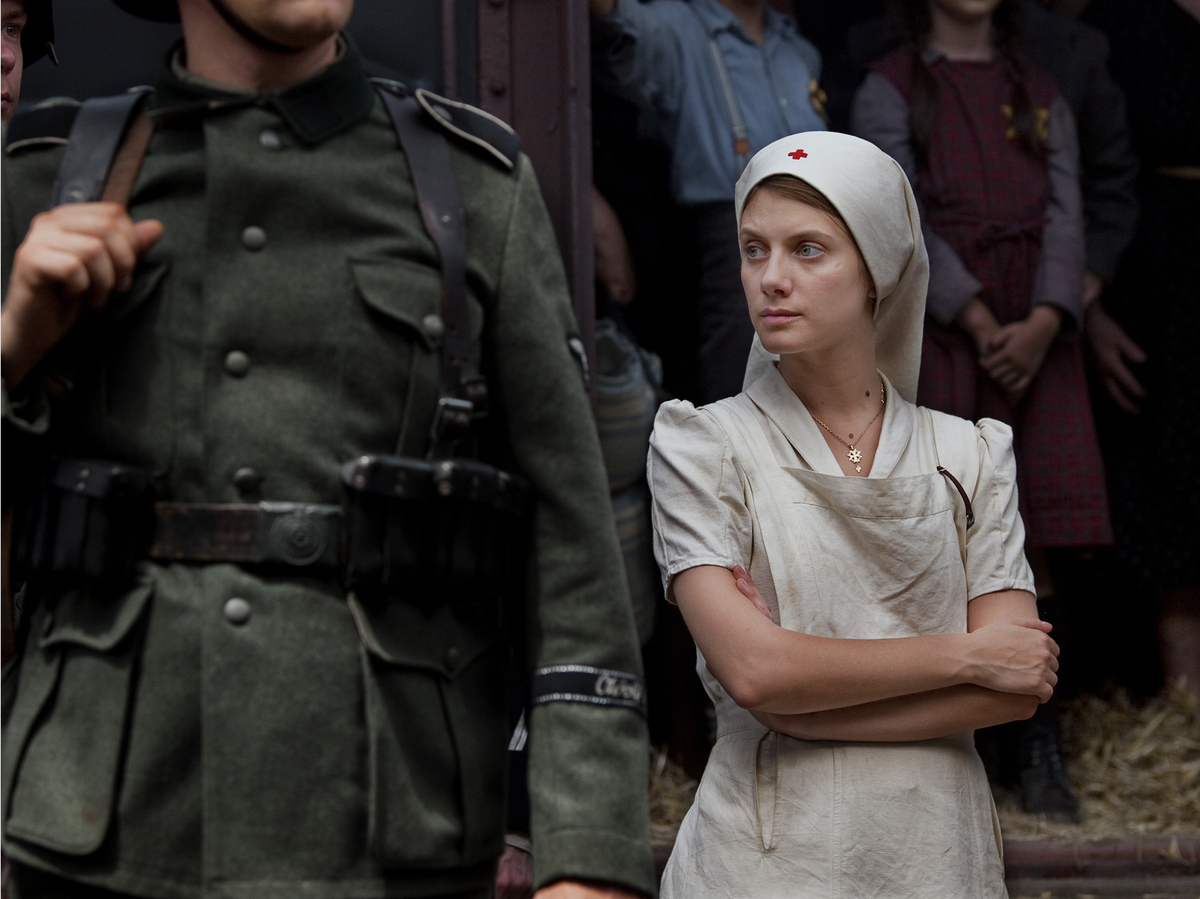 Interested in showing the full spectrum of experience of the tragic event, director Rose Bosch unmoors the narrative from a single protagonist to focus broadly on the Nazis and the collaborators who set the roundup into motion, along with the Jews who were taken from their homes and those who tried to help them.

Those last two groups are at the center of a portrait painted in microcosm. Despite increasingly restrictive anti-Semitic regulations, Polish emigres Schmuel Weisman (Gad Elmaleh) and his wife, Sura (Raphaelle Agogue), like most of their friends and neighbors in the close-knit community of one Montmartre apartment building, count their blessings and remain hopeful; without money enough to flee, they need to believe it will somehow work out. Idyllic would be the wrong word to describe their children's lives, but their parents' love and encouragement temporarily separate Jo Weismann (Hugo Leverdez) and the other children on the block from the worst of what's coming.

La Rafle emphasizes the cruel dramatic irony of this historical moment by crosscutting scenes of familial warmth with those of the coming genocide's logistics. The Weismanns laugh as Jo mockingly imitates Hitler; cut to the Fuhrer giving a radio address in Berlin, calling for the Jews' extermination.

Later the children celebrate the rare gift of chocolate, while at his opulent private residence in the Bavarian Alps Hitler rewards the children of guests with pieces broken off a miniature chocolate Fuhrer. The decision to so closely link the families and the people making the decisions to oppress and exterminate them illustrates, with heartbreaking clarity, the power of xenophobia to drive action, but it also shows how easily the unthinkable can be made routine by bureaucracy.

Removed from the immediate consequences of his actions, French leader Philippe Petain reluctantly negotiates away France's Jews — first the stateless, then French nationals, then even the French-born children. The finer details of the raid are efficiently coordinated by the Paris police, who choose a date (they delay the roundup until after Bastille Day) and make specific allotments for what clothing and food items "detainees" may take from their homes.

When the raid begins, Bosch's camera desperately roves throughout the apartment building, showing the Weismanns but also as many confrontations, negotiations and moments of human struggle as possible; because there is no one story that can represent the totality of experiences of the Vel' d'Hiv Roundup nor the Holocaust, La Rafle insists on telling individuals' diverse stories, but provides the merest glimpses into their lives. When about 7,500 of the Jews detained by police are sent to the Velodrome d'Hiver, a bicycle-racing stadium that gives the raid its name, the camera soars to the rafters, straining to emphasize the magnitude of this event.

At times, the film's decentralized point of view and its own passionate desire to investigate the boundaries of its dramatic format leave the effort feeling almost scattershot. Bosch muddies the water, billing the film as a nonfiction drama when in fact details large and small have been adjusted to make a satisfying dramatic experience.

A doctor, a nurse and other characters enter and exit the film seemingly arbitrarily, evoking a sense of disruption and loss as families are torn asunder — but also leaving some of their stories hanging without ends.

Bosch, a former journalist, may have been more effective by conveying this story in a documentary. Yet La Rafle is also a film about redefining a moment in history that went ignored for decades; it's about the French speaking to themselves about their own story. It's a mainstream, sentimental drama because it needs to be. It announces in a clear voice that this happened.