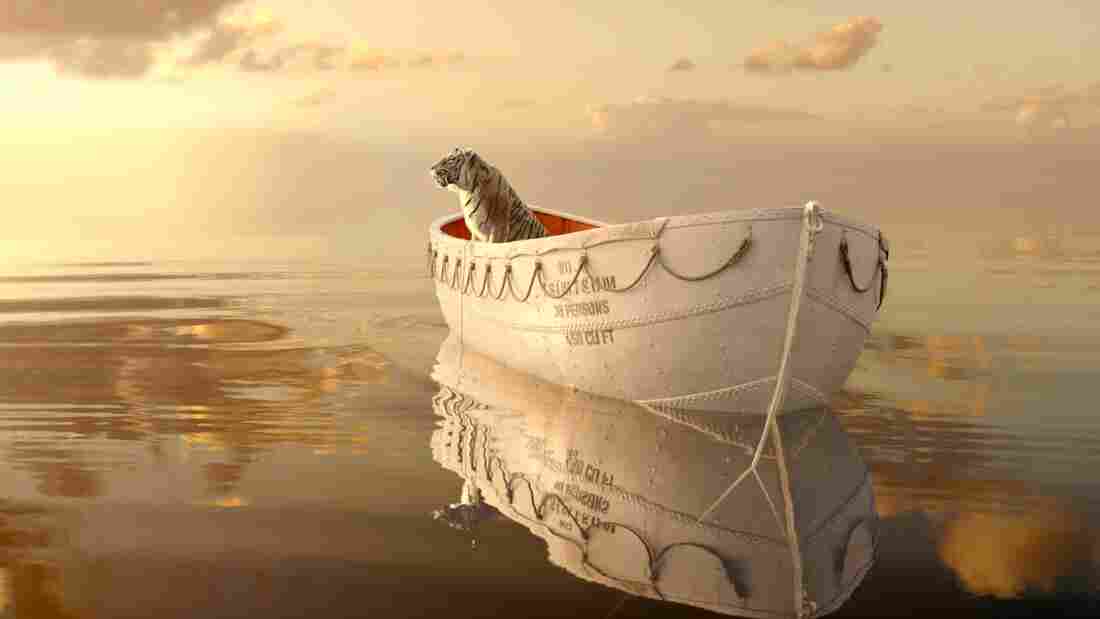 A Bengal tiger named Richard Parker plays a central role in Life of Pi, a new movie adaptation of a novel some might describe as unfilmable. 20th Century Fox hide caption 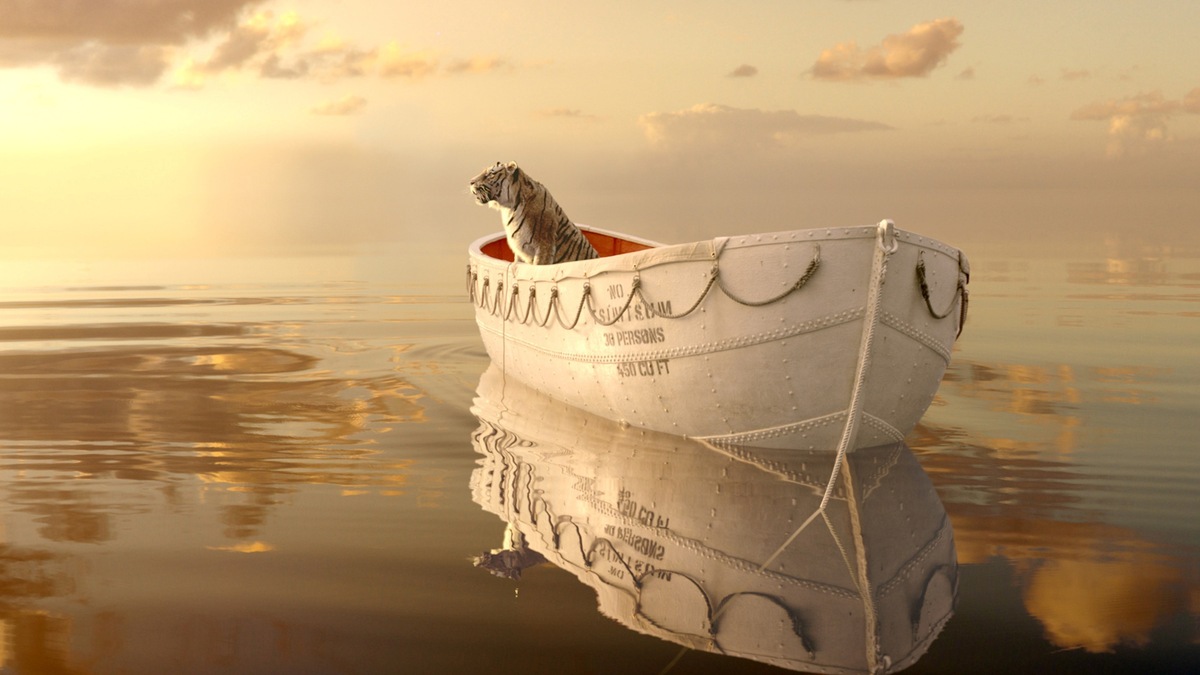 A Bengal tiger named Richard Parker plays a central role in Life of Pi, a new movie adaptation of a novel some might describe as unfilmable.

Watch Clips from 'Life of Pi'

The centerpiece of the film Life of Pi is a boy adrift on a lifeboat with a tiger in the middle of the ocean. That's easy enough for Yann Martel to describe in his novel — but hard to make happen on the set of a movie. As it happens, Pi is in theaters with another movie based on an "unfilmable" novel: Cloud Atlas, with six different plots in six different time periods.

"Ulysses was for a very long time considered unfilmable both because of the complexity of the plot and the point of view of the characters," says Maria Konnikova, a freelance writer who recently explored unfilmable books for The Atlantic.

She points out that Ulysses has actually been filmed — not once but twice.

Other novels are considered unfilmable because they're too introspective and heady. Take Joseph Heller's dark World War II novel, Catch-22.

"Both the paranoia and kind of the sense of helplessness in the plot makes it difficult to kind of get out of the head of the characters and translate that to the screen," Konnikova notes.

That didn't stop director Mike Nichols from trying. Critics panned the movie version of Catch-22. And Heller himself had mixed feelings about it, though he also acknowledged that "complex novels don't make good movies."

It's for that reason that David Mitchell never thought his ambitious novel would make it to the screen. Cloud Atlas won a British Book Award and was short-listed for the Booker Prize, but Mitchell didn't think it had a chance for a movie deal.

Cloud Atlas is all over the place, intentionally. It follows six completely different stories, in genres from science fiction to crime thriller to romance.

It took three people to bring it to the screen: Lana and Andrew Wachowski (who made the the Matrix movies) and Tom Tykwer, perhaps best known for Run Lola Run. 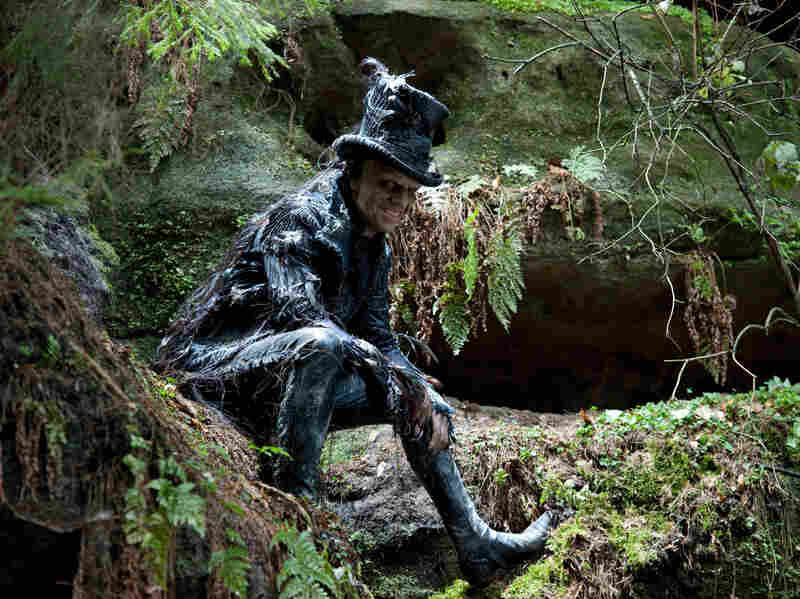 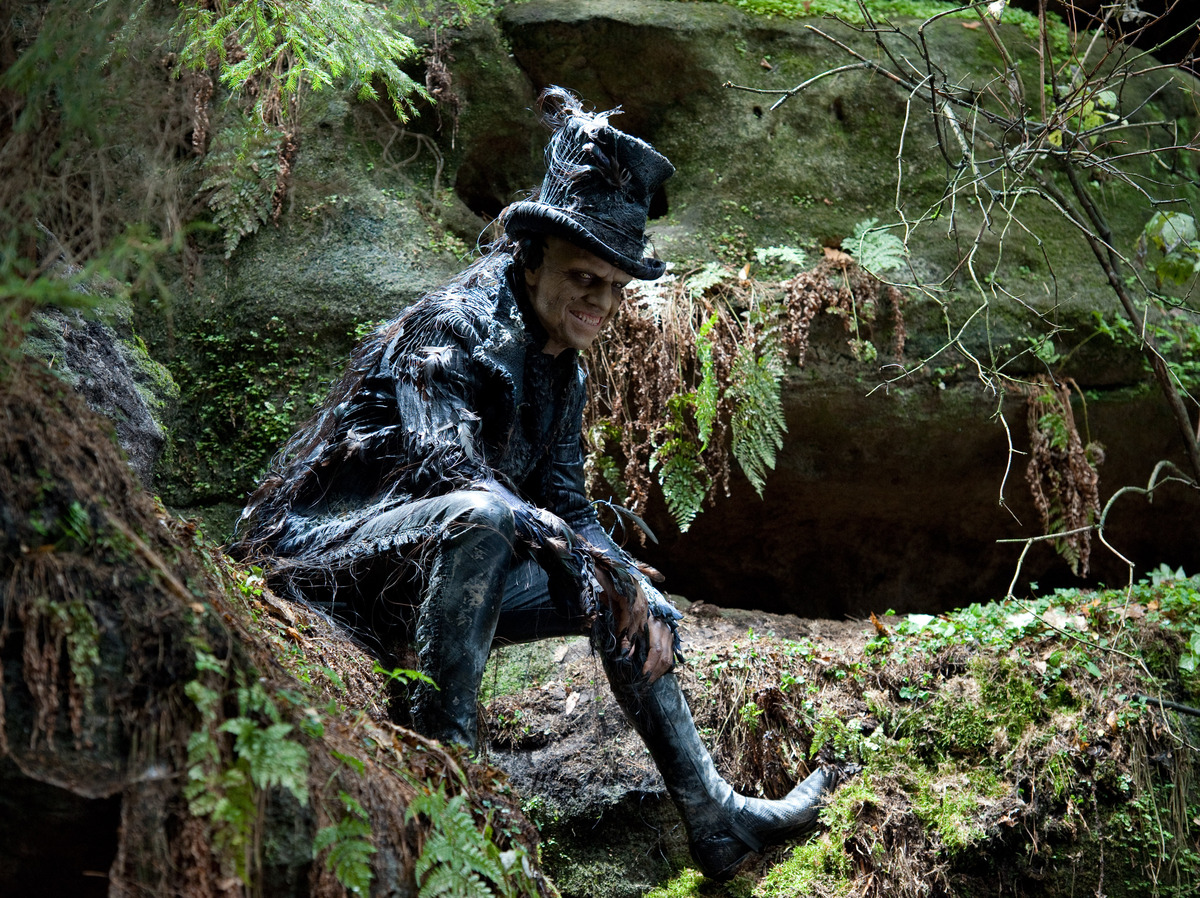 Hugo Weaving plays Georgie in one of six narratives threaded throughout the epic drama Cloud Atlas.

As with the novel, there are six movies within the movie, set in the past and the future.

Another reason Mitchell thought his novel would never make it to the screen: the size of the cast it would take. It doesn't cost a writer a dime to add a character, but it can cost a filmmaker a lot to add an actor to a cast. The Wachowskis got around the problem by having actors play as many as six completely different roles. Tom Hanks, Halle Berry and Hugh Grant, among others, are transformed to the point of being unrecognizable through Hollywood makeup and costume magic.

By casting it this way, Mitchell believes, the filmmakers also made it easier for viewers to understand his concept, of one soul moving through the many different worlds.

"The directors have played to the advantages of film as a medium," he says.

Playing to the advantage of film as a medium was the only way director Ang Lee could adapt a fantasy novel like Life of Pi. When Lee was filming, the young actor and the tiger were never on the lifeboat at the same time.

"I would have liked to, but I was not allowed to by 20th Century Fox," Lee says. The hesitancy of the studio is understandable. A young boy on a lifeboat with a wild animal is a great tension-filled situation for a story, but probably a liability-insurance nonstarter.

Instead those scenes were shot separately, with a combination of real tigers and computer-generated big cats. Only through editing and special effects does it seem to the audience that the boy and the tiger are adrift on the ocean together.

Technology alone can't make the film Life of Pi as big a success as the novel. Fortunately for 20th Century Fox, Lee brings his extraordinary imagination to the project. He was also given an enormous budget.

Konnikova thinks some filmmakers overuse CGI at the expense of the story. Take the Lord of the Rings films: Even though they've been critically and commercially successful, Konnikova says they've lost the emotional depth of Tolkien's writings to what she calls "special effects plot points."

"You lose kind of the dynamics," she says. "You lose the inner struggles that are happening within each character, which are so finely wrought on the page."

Konnikova thinks it's better to take the spirit of a novel and work it into a new, original movie. The classic example is Clueless -- Jane Austen's Emma, reimagined in a Beverly Hills high school in the 1990s.

"Amy Heckerling showed an insight when she did that, to make it so different that she completely, I think, captured the spirit of Austen without dragging it down," Konnikova says.

Ang Lee agrees that some movie versions fail because the filmmakers have tried to be too faithful to the original text.

"There's a saying in the business: Either you ruin a novel and make a great film, or you can be loyal to the book and make a bad movie," he says.

Author David Mitchell cautions against another old Hollywood trope. Be careful, he says, when a filmmaker says, "I won't change a thing."