Accessibility links
Tempted By Holiday Discounts, Consumers 'Self-Gift' This year American consumers are expected to take advantage of retailers' holiday promotions and spend big on gifts for themselves. Fifty-nine percent of shoppers polled plan to "self-gift" — the highest number in a retail industry survey's 10-year history. 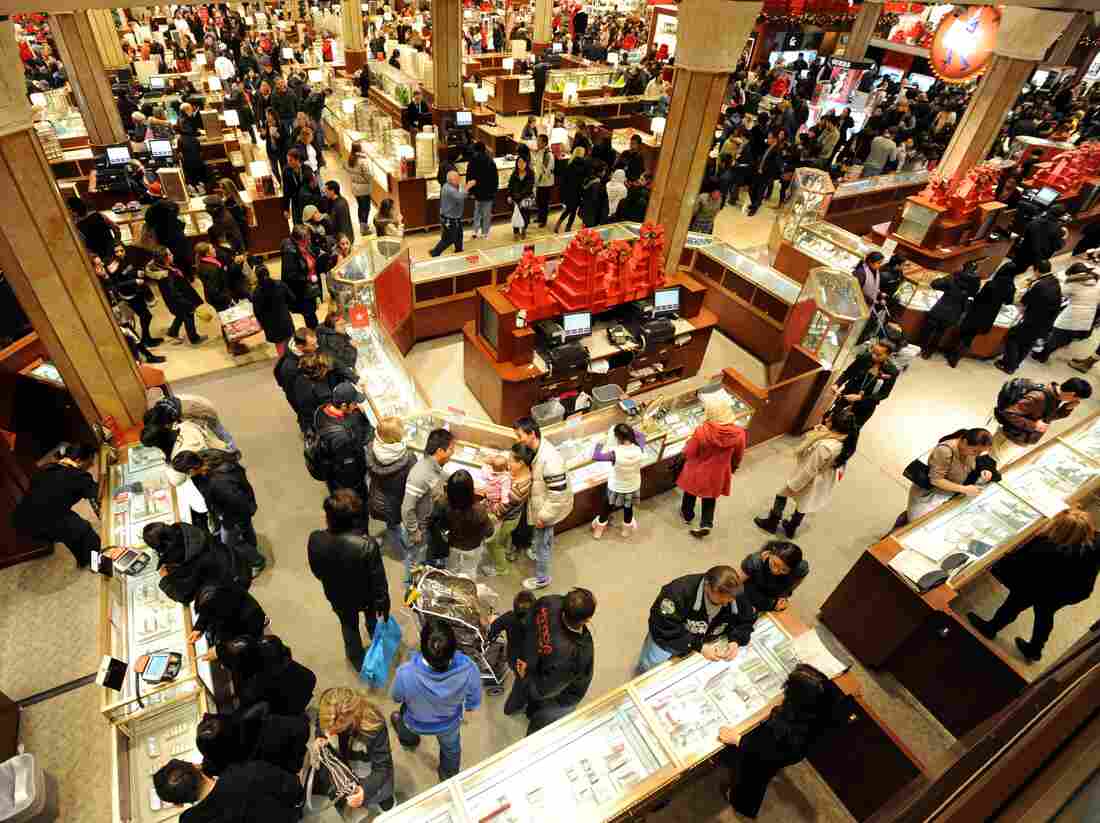 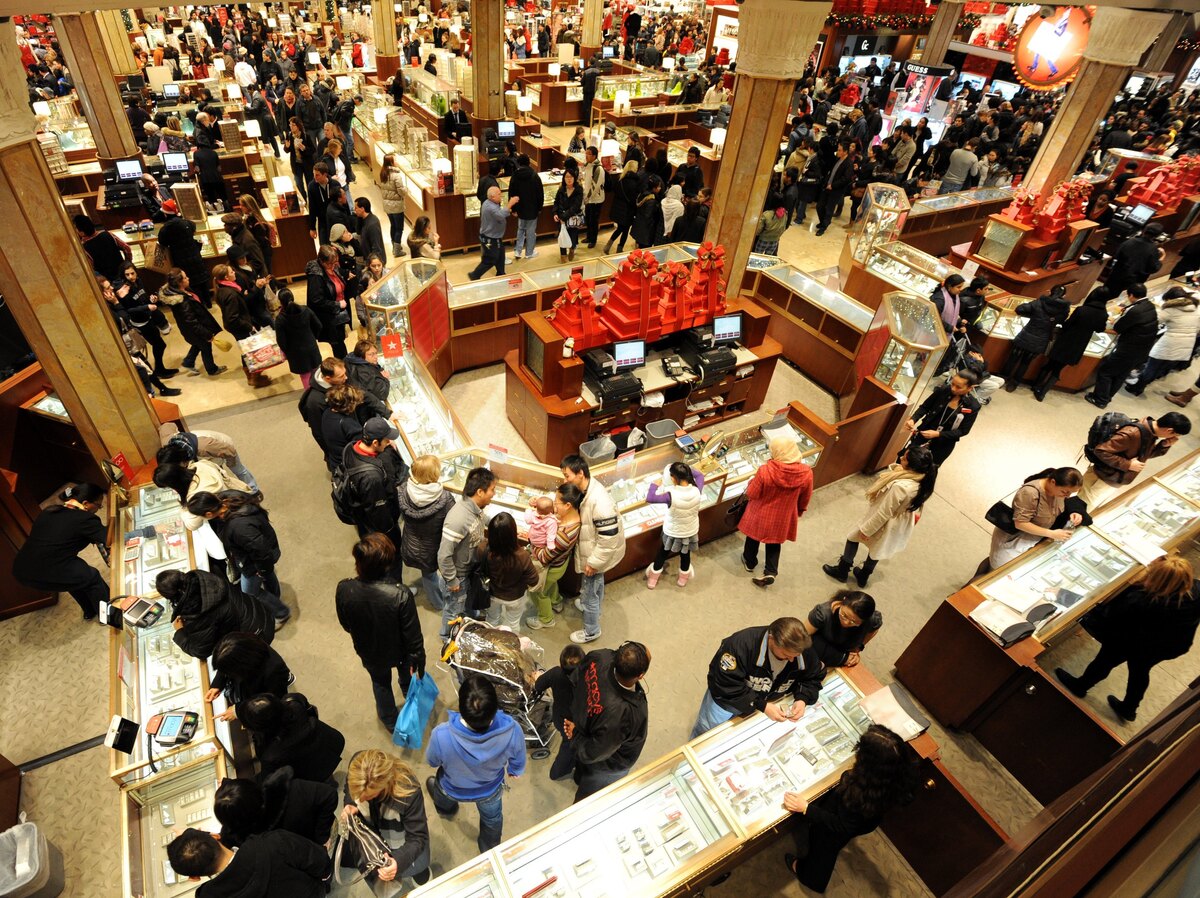 People crowd the aisles inside Macy's department store Nov. 25, 2011, in New York after the midnight opening to begin the "Black Friday" shopping weekend.

Have you ever been out shopping for other people during the holiday season, and the sales were so good you couldn't help but buy something for yourself?

The National Retail Federation calls that self-gifting, and says that this year consumers who do it plan to spend an average of about $140.

Spokeswoman Kathy Grannis says that's the most in the 10 years the NRF has been asking shoppers about the trend.

"People really look forward to the holiday season and the discounts that are offered, because they know that they're going to get items significantly less than they may have any other time of the year. You know, when you see cashmere sweaters that were previously $150 now marked down to $30 and $40, that's a great example of what people would be driven towards," Grannis says.

For Jackie Lerner, last year it was a cherry-red leather purse. Lerner is a psychologist who lives outside Boston, and she's an admitted self-gifter.

"I never really wanted a red purse, but my sister-in-law did, and we were out holiday shopping. Go into the Michael Kors outlet, signs up everywhere, 20, 30, 40 percent off, and there we walked out of the store with two Michael Kors red purses," Lerner says.

Giving Thanks For Can-Free Cooking

But she never meant to put hers under the tree.

Lerner remembers when most of the big sales were after the holidays. Now that promotions come much sooner, she admits it's easy to rationalize getting something for herself, even when she is supposed to be shopping for friends and family.

"You're giving to other people if you have the disposable income. And then if the sale banner is up there, you kind of feel like you deserve it," Lerner says.

Retailers have caught on and a growing number actively market to people who feel that way.

This year, Macy's is already advertising Cyber Monday deals on its website, encouraging shoppers to treat themselves to "major savings" on indulgences like makeup, slippers and jewelry.

Other stores use short-term markdowns to sell bigger-ticket items they know consumers wait for the holiday season to buy, like flat-screen TVs.

"There's a scarcity effect, right? If something's going to be limited, you've gotta do it right away. It's going to urge you, push you to behave, to act, to consume," says Barbara Bickart, who teaches marketing and consumer behavior at Boston University.

"So these things like 'limited time offer,' you know, suggesting that something is scarce, you get caught up in the excitement of it, right? And they make you want to take action right away. So, yeah, they definitely know how to motivate consumers to act," Bickart says.

The fact that people say they're planning to self-gift, Bickart adds, means some of them are doing it for practical reasons — buying things they or their families really need.

Regardless of motivation, the National Retail Federation says the term applies to 59 percent of this year's holiday shoppers — and those are just the ones who admit it.