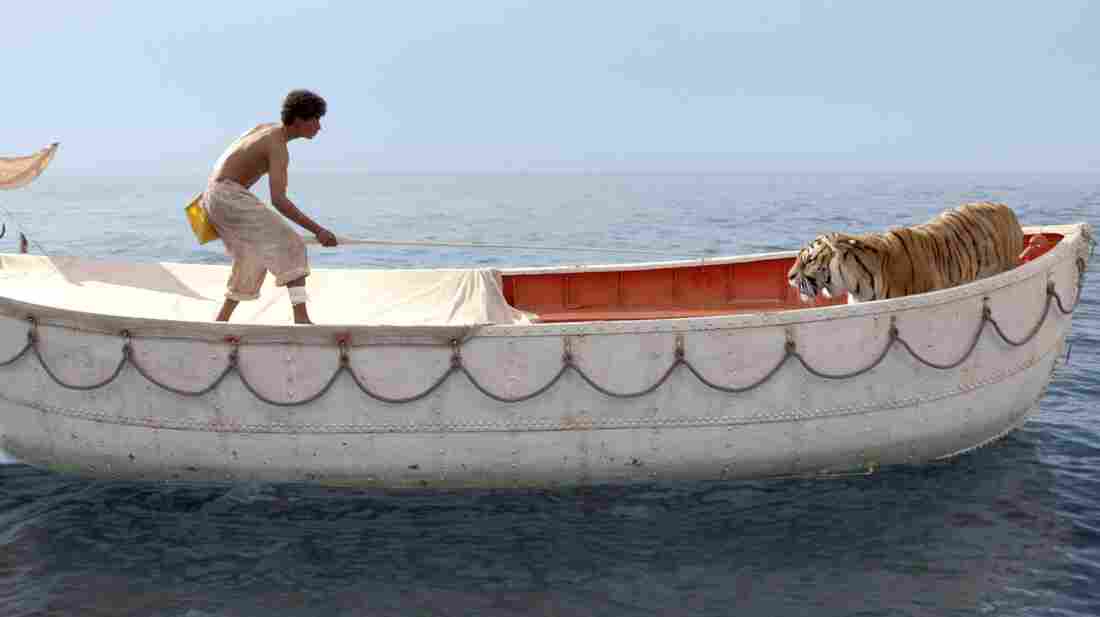 Rated PG for emotional thematic content throughout, and some scary action sequences and peril

When your dad owns a zoo in India, as Pi's dad does, it's perhaps natural to regard animals as your buddies. Cool if you're talking goats and turtles; less cool if the animal you decide you want to pet is a Bengal tiger.

"He's an animal, not a playmate," his terrified father shouts. "Animals have souls," the boy replies gently. "I have seen it in their eyes."

Fast forward a few years, and Pi will get a chance to test that theory when his family closes the zoo and is accompanying the animals on a sea voyage to their new home in Canada. A terrible storm swamps their freighter, and it starts to sink. Thinking of the animals, Pi races below deck to free them and sees zebras swimming past him. He barely manages to escape himself.

As the freighter goes down, he clings to debris, fashioning a sort of raft so that he can survive a truly horrifying night. Then dawn comes, and there appear to be no other survivors. Pi is relieved to spy an empty lifeboat nearby — only to discover it's not as empty as it looked.

Thus begins a tale that, on the page, was widely viewed as part religious allegory, part animal fable, part rip-roaring adventure. Although there's talk of gods in a framing device — because inquisitive Pi qualifies as a devout Hindu, Christian and Muslim — the challenge for director Ang Lee and his human star Suraj Sharma was to bring the adventure part to persuasive life.

And do they ever, finessing survival questions just as they occur to you and personalizing, in intimate ways, both boy and tiger.

"We were both raised in a zoo by the same master," Pi murmurs to his fierce companion. "Now we have been orphaned, left to face our ultimate master together." 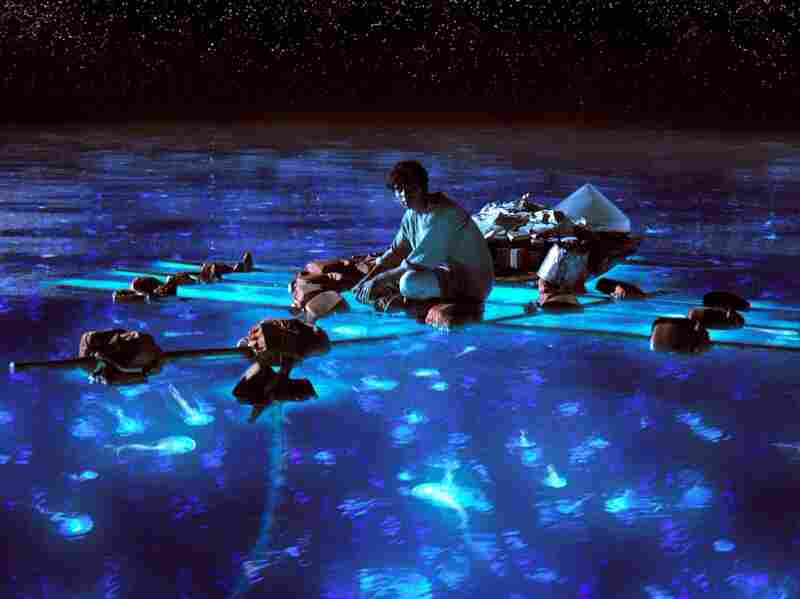 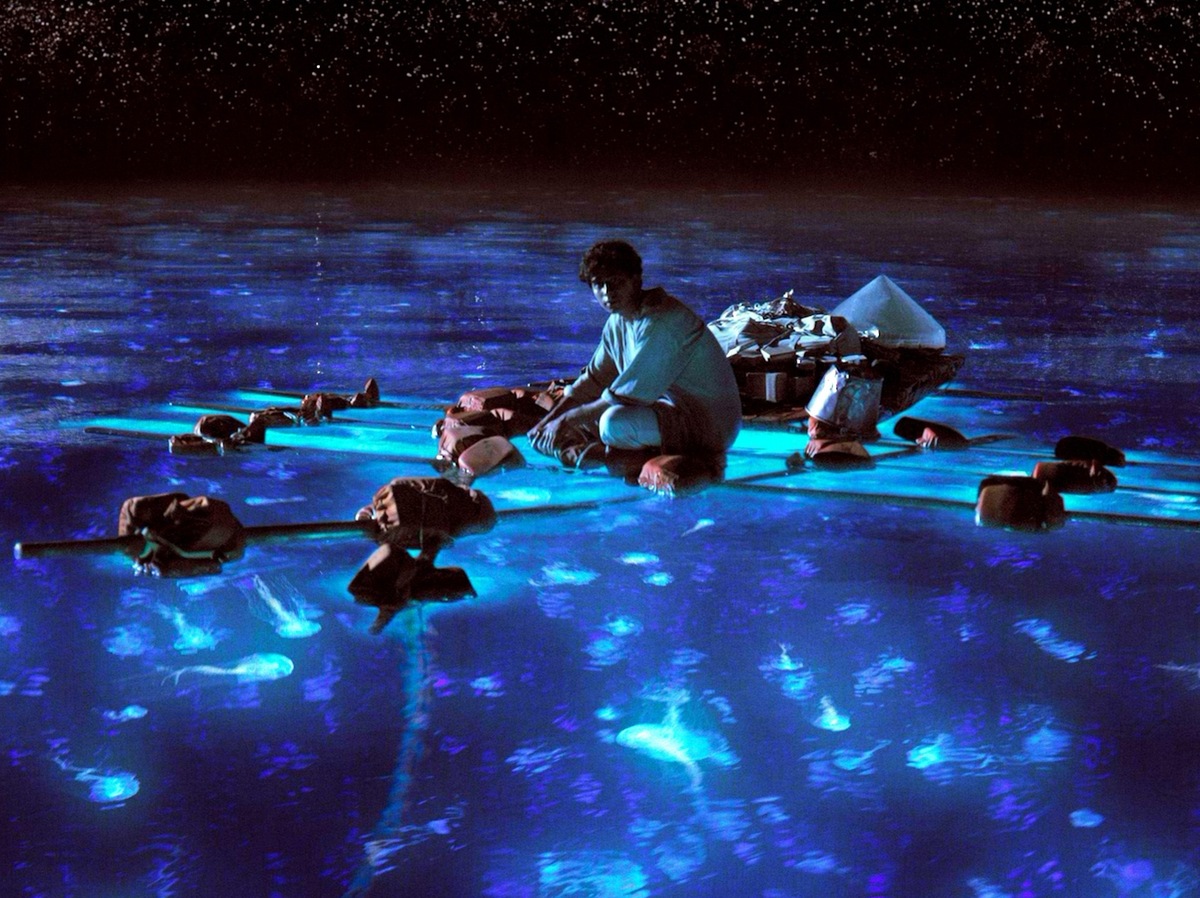 Pi takes in the bioluminescent wonders of the sea.

Lee conjures exquisite images — an underwater shot of the freighter going down, a dense school of flying fish glinting in the sun, phosphorescent jellyfish lighting up the night as a majestic whale surfaces inches from the boat. And of course there's that magnificent orange-and-black beast at the film's center.

He's Ang Lee's crouching tiger, hidden digitizers, as it were: During filming, there was often a boy on the boat, and occasionally a tiger on the boat, just not at the same time. But there isn't a single image of them together that you're likely to question while watching the film.

The script I did question; it takes awhile to get going, and it feels strangely flat at the very end. But in between, Lee is very skillfully employing cinema's most advanced digital techniques in the service of an adventure yarn that is gloriously old-fashioned — and often just glorious.