Accessibility links
Interview: Grace Coddington, Author Of 'Grace: A Memoir' In a new memoir, Grace Coddington explains how she grew up on a remote island off the coast of Wales, started modeling as a young woman and ended up as creative director at Vogue magazine. Coddington speaks with Fresh Air's Terry Gross about her life in the fashion industry. Grace Coddington, shown above in 1974, is now the creative director at Vogue, but she started her career as a model. "In those days, models had to know how to do everything themselves," she says. Willie Christie/Courtesy of Random House hide caption

Grace Coddington grew up on what she calls "an island off an island," far from the fashion industry. Her new memoir, Grace, chronicles her journey from a sleepy town on the coast of Wales to her current job as the creative director of Vogue magazine. 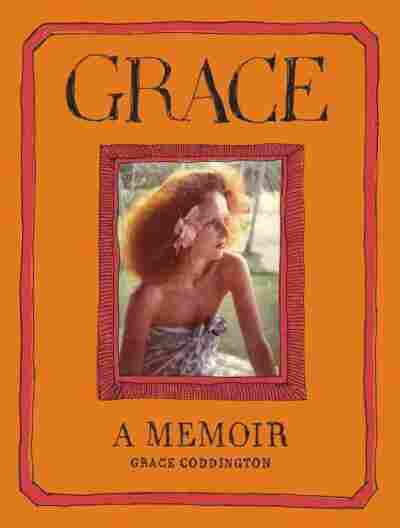 As a child, Coddington's home was a 42-room hotel that her parents ran on a remote island — a place where guests could sail, go fishing and take long walks among the cliffs. "Up until the time when I was 18, I barely saw anyone except in the summer," Coddington tells Fresh Air's Terry Gross. "It was very deserted for the rest of the year, and I loved it that way. I didn't mind being alone at all."

Even far from the fashion world, Coddington read issues of British Vogue that she received through the mail. "It was always out of date by the time I got it," she says, "but it didn't really matter because, not being that fashion conscious at that moment, I guess I didn't notice it was out of date; I just enjoyed looking at the pictures and dreaming."

When Coddington was 18, she left her hometown to attend modeling school. She says she didn't learn very much there, but she did learn how to do her own makeup and hair, and how to walk down a runway. "In those days, models had to know how to do everything themselves," she explains. "There weren't these huge teams of people that look after a model these days and basically do it for her, so you had to be prepared."

In the early 1960s, as London became a center for new fashion, Coddington's work as a model began to influence designers and hairdressers such as Vidal Sassoon. But her modeling career was cut short after a car accident left her face disfigured. After painful skin grafting and five surgeries, Coddington made the move to working behind the pages at British Vogue as a junior editor.

In 1988, Coddington began work at American Vogue, at the same time that Anna Wintour took the helm as editor-in-chief of the magazine. As creative director, Coddington is the driving force behind the magazine's signature fantastical editorial shoots. Coddington says those shoots are like setting up a little movie or a play. "Those huge shoots that I do are the most fun because you can really go to town," she says. "You can forget about being commercial; you can use all your creative juices." 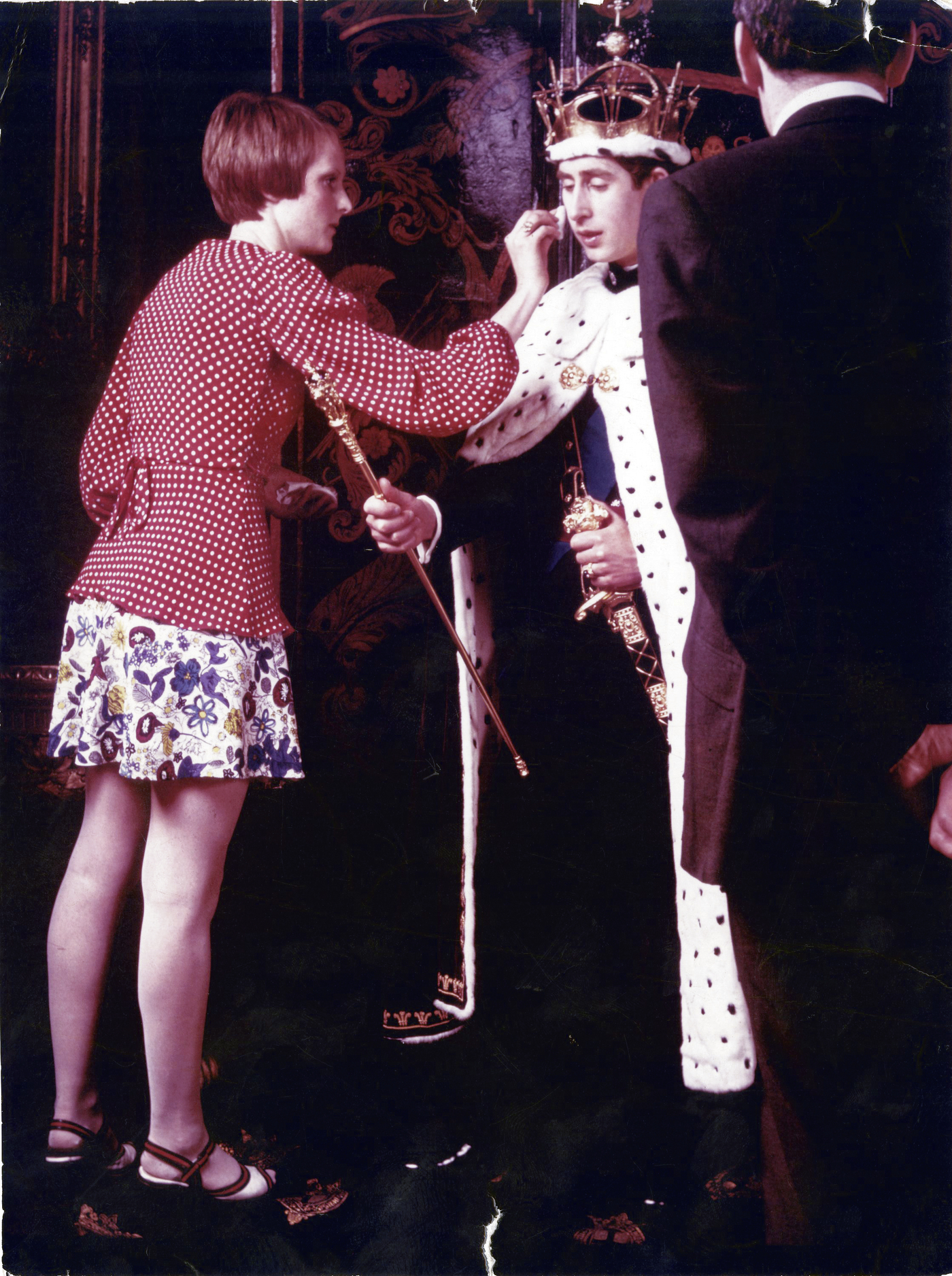 "I just went about my business and helped people around studios, meanwhile biding my time until it was OK. But it was a bit of an arduous process because every time I had an operation, they had to wait and see until it settled down and it was totally healed to see whether it was healed correctly, and that I could just go on from there. And a couple of times it didn't heal correctly, and I had to go back and start again, and they did skin grafting and things, which I must say is quite painful — not so much where they sew the skin, but where they take it from — and then they have to wait and make sure it's taken, so it's a long process." As the creative director at American Vogue, Coddington is the driving force behind the magazine's fantastical editorial shoots. Arthur Elgort/Random House hide caption 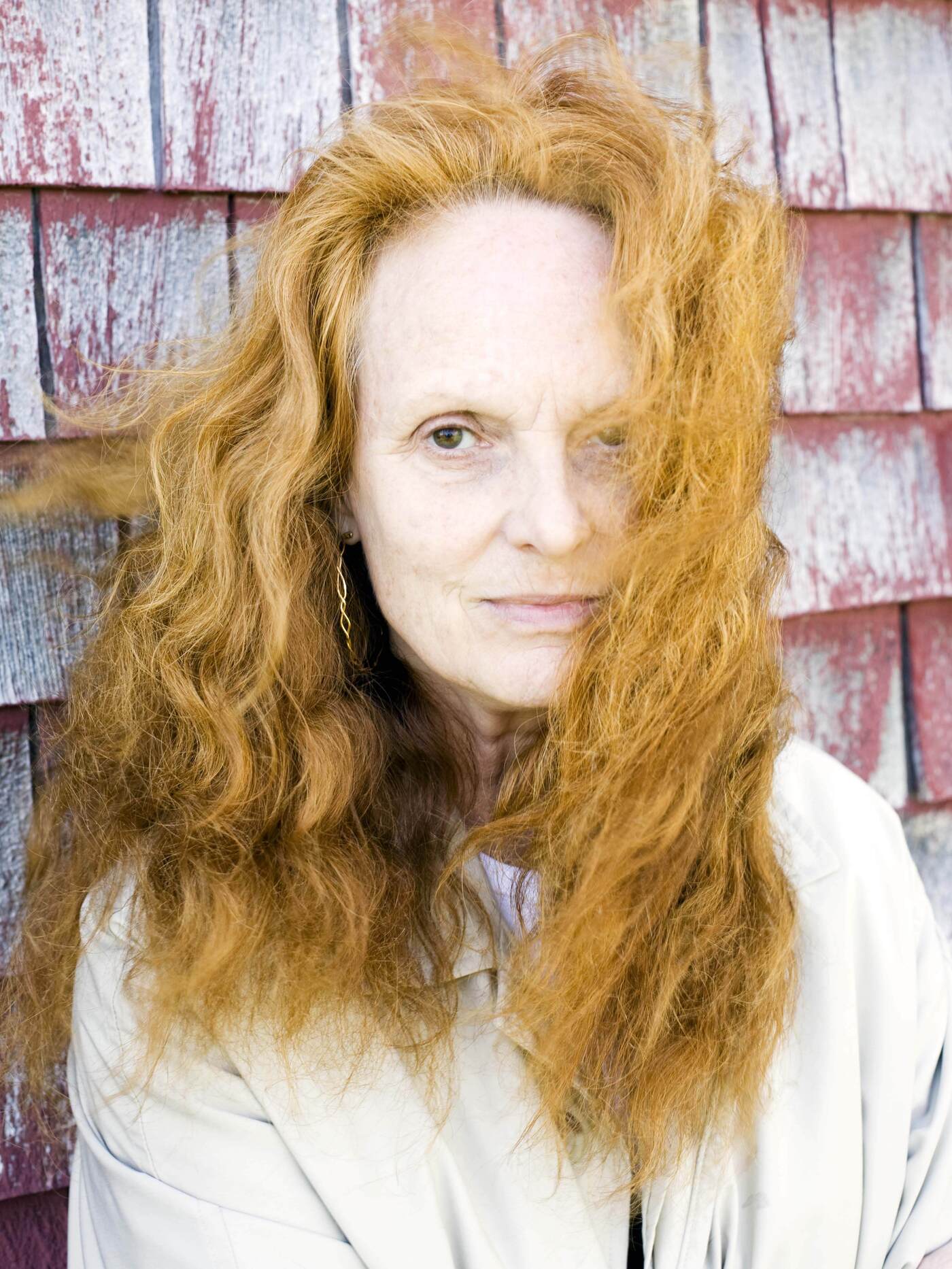 As the creative director at American Vogue, Coddington is the driving force behind the magazine's fantastical editorial shoots.

"I don't mind to look older. I don't have this urge that so many people have that they've always got to look young all their lives. I think you should be the age you are and enjoy it. And I think there's lot[s] of people that have plastic surgery who quite honestly looked better before, so that's just my feeling. But if you want to have it, go ahead and have it, but take a good look before you do because, just maybe, you look absolutely beautiful the way you are."

On why clothes are outlandish and extreme-looking on the runways

"You have to have a bit of fun in life, and that's why they do it, and they do it to get your attention. ... When you go back to [the designers'] showrooms, you'll find the more commercial versions of that, but it's to get across a point. I mean, you have to say it in a strong way to get across a point. So if you want to go short, they go very, very, very short on the runway, but you'll find in the showroom, it'll be a reasonable short that you can wear. ... We photograph the more commercial things, and we photograph the extreme things because — for the same reason, to make the same point — you have to say it strongly so people can see the difference between last season and this season, and you have to feed them the information. If you're too subtle about it, you're not going to get it."

On why actresses, not models, are on the cover of Vogue magazine

"You have to be interesting to such a wide variety of people, and I guess right now, actresses just do it better. They certainly sell more magazines than models, sadly. I'm very sad about it. I wish it would go back to models, but I don't think it will, just because that's what the people demand. They want to see the latest actress who is in the latest movie, and that's what we do; we keep up with that — whoever is appearing in whatever movie is the movie of the moment. And the general public find that more interesting than a model — and also there are not so many very strong models that could hold a cover right now — again, I say sadly."

Read an excerpt of Grace