Rape, Race And The Press, Entangled In 'Central Park'

Rape, Race And The Press, Entangled In 'Central Park' 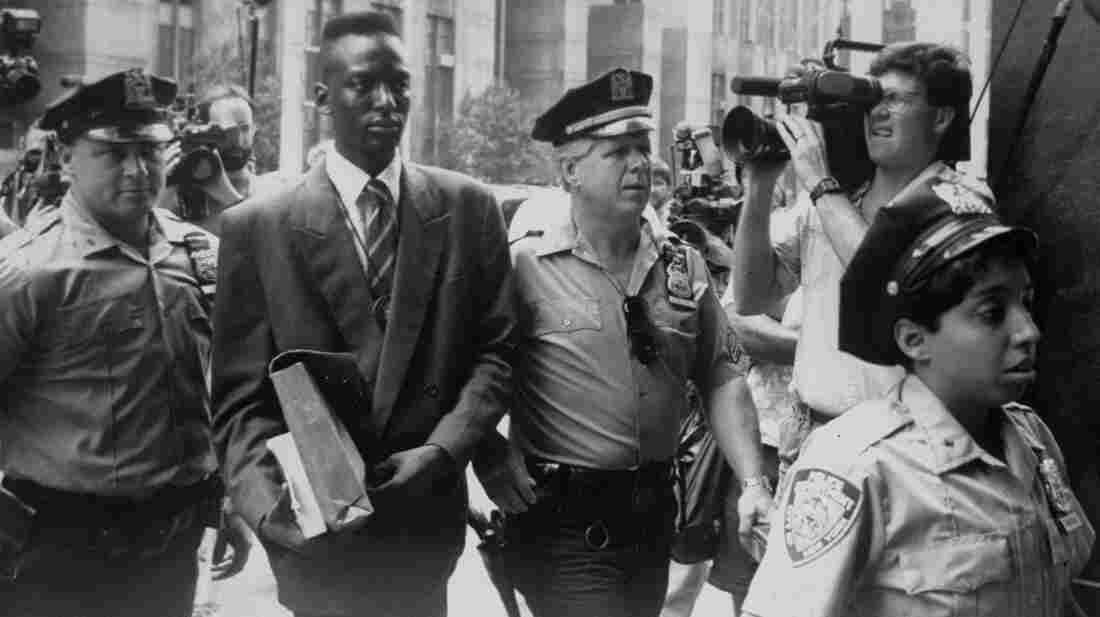 Yusef Salaam, wrongly accused of rape, is escorted by police. He and four other teens were eventually found guilty of a crime they didn't commit. Getty Images hide caption

A change of pace for PBS long-form documentarian Ken Burns, The Central Park Five revisits New York City's recent past to tell the story of a pack of ruthless predators.

Two packs, actually: Gotham's prosecutors and police officers, and its reporters and columnists. Both groups went feral in 1989 against five innocent Harlem teenagers accused and then convicted in a rape and assault.

If the case doesn't sound familiar, perhaps this word will help: wilding. That's what police and journalists claimed was the kids' term for what they did the night of April 19, 1989. In this film, all five former defendants reflect on what happened — one of them, Antron McCray, is heard but not seen — and none utters that verb. It's just one of many words that were put into their mouths.

McCray and four other boys — Kevin Richardson, Yusef Salaam, Raymond
Santana and Korey Wise — were in the north end of Central Park when a jogger was brutally ambushed. But there was no evidence that they attacked the victim, eventually identified as Trisha Meili, or even that they witnessed the crime. The five's clothing was unbloodied, and DNA found on Meili's body did not match any of theirs.

The lack of proof didn't seem to matter. Five years into the crack wars that roiled American cities in that era, New York wanted a quick resolution, not logic or ambiguity. "In those days, there were probably six murders a day," notes New York Times reporter Jim Dwyer, one of the film's expert witnesses. 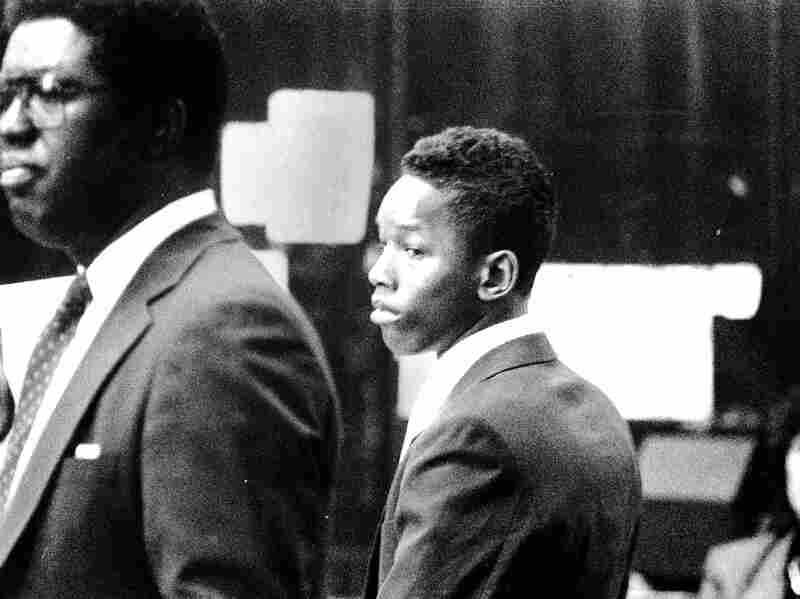 Kharey Wise as he looked in court when he was arraigned in the Central Park jogger rape case. The real rapist later confessed to his crime, exonerating the teens. Getty Images hide caption 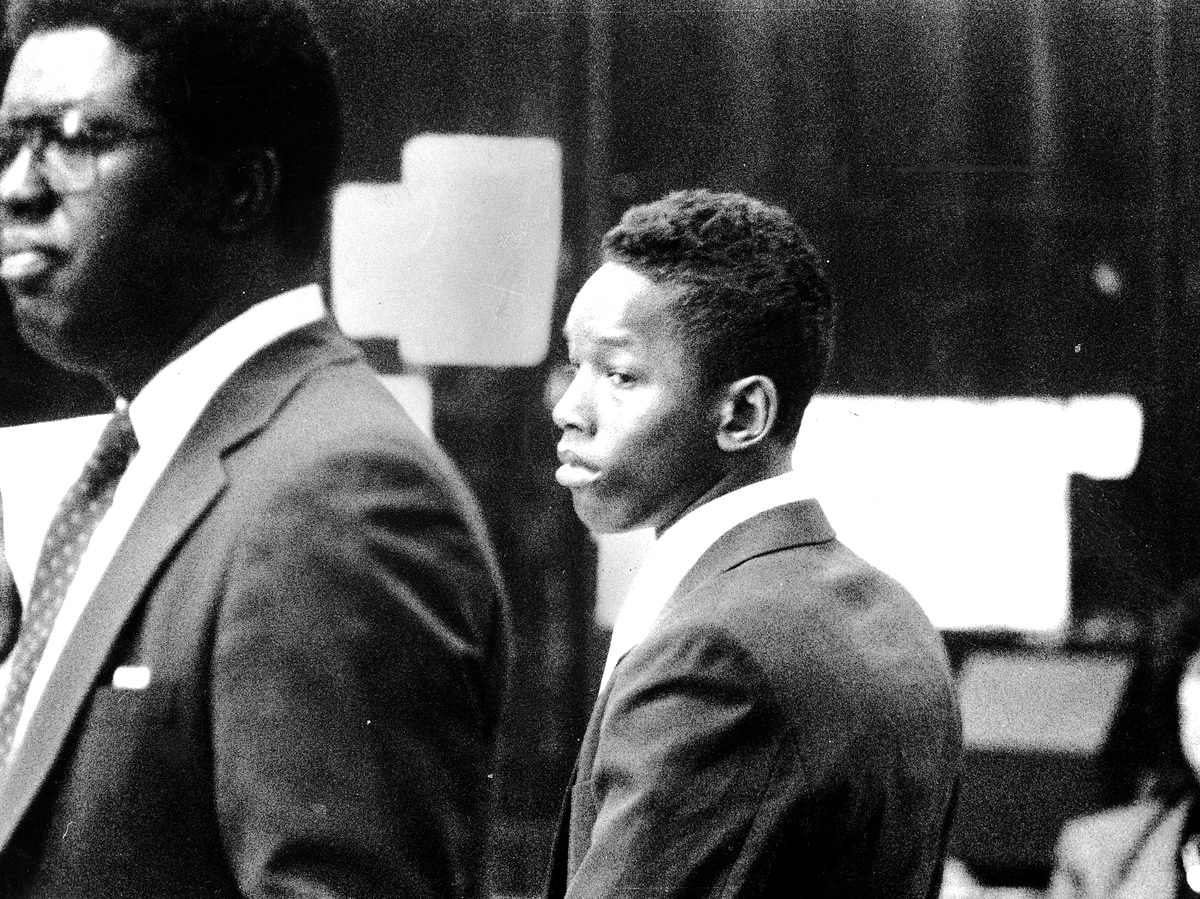 Kharey Wise as he looked in court when he was arraigned in the Central Park jogger rape case. The real rapist later confessed to his crime, exonerating the teens.

The legal case against the Central Park Five was made entirely with confessions, coerced from boys who ranged in age from 14 to 16. They were interrogated for as many as 30 hours straight, while being separated from parents and older siblings. Unaware of what was happening, none of the kids had the presence of mind to ask for a lawyer. Instead, they relied on cops and prosecutors, who coached them on what to say.

When the five went to trial, their accounts contradicted each other and also the physical evidence. Only one juror — who is interviewed here — seemed to care, and he was eventually worn down. The five were found guilty and sentenced to up to 15 years.

For most of the time the Harlem kids were in prison, New York also had in custody Meili's actual rapist. His admissions led to the five's 2002 exoneration.

Sarah Burns previously wrote a book about the case, The Central Park Five: A Chronicle of a City Wilding. This movie reportedly expands on that study, but its greatest advantage over the book is that this is a story well-documented in moving pictures. In addition to recent interviews with the five, the filmmakers deftly marshal news footage, clips from the supposed confessions, and trenchant analysis.

Historian Craig Steven Wilder discusses the role of racism in this and other miscarriages of justice, while social psychiatrist Saul Kassin explains why people come to accept blame for things they didn't do — and how bystanders come to believe them.

The most devastating commentator, however, is Dwyer, who details the weakness of the evidence and explains how the prosecutors seduced the press simply with a tidy narrative. "Newspapers," he drolly observes, "love chronologies." (Recommended)