Accessibility links
We Ask A Historian: Just How Accurate Is 'Lincoln'? Lincoln biographer Ronald White critiques the accuracy of Stephen Spielberg's new film about the Great Emancipator. White says that while not every detail of the film is true, "the delicate balance or blend between history and dramatic art comes off quite well." 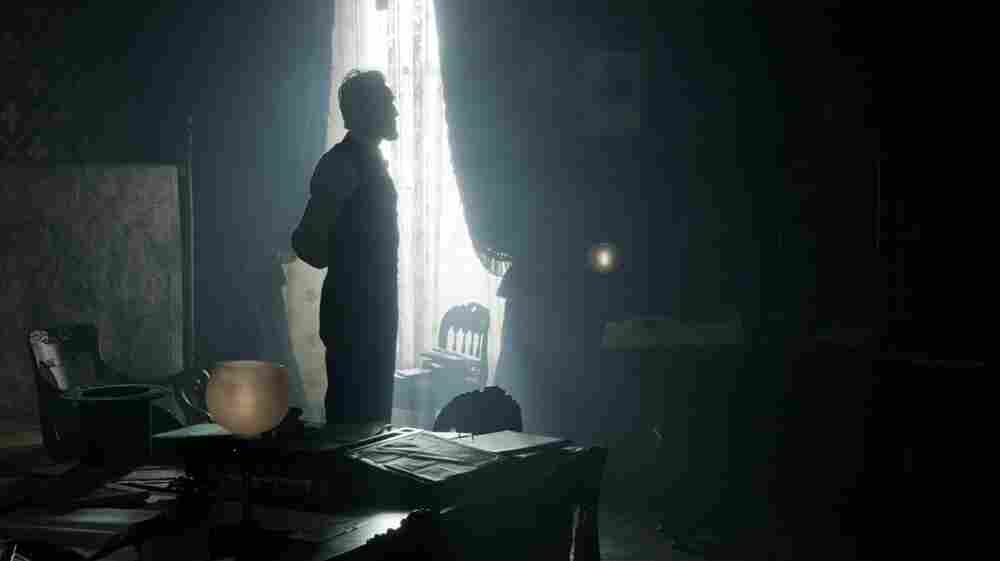 A great many families going to the movies over this Thanksgiving weekend will probably see Lincoln, Steven Spielberg's new film starring Daniel Day-Lewis and an impressive cast.

Based on a biography by Doris Kearns Goodwin, but scripted by playwright and screenwriter Tony Kushner, it's been very well-reviewed, but here's a question: How true to history is it?

Ronald White, author of A. Lincoln: A Biography, tells NPR's Linda Wertheimer that if a ninth-grader were to write a school paper based on the film, she'd find that its "dramatic core" is basically on target.

On the film's overall historical correctness

"The dramatic core of this remarkable four months of trying to pass the 13th Amendment [which banned slavery] is true. Is every word true? No. Did Lincoln say, 'And to unborn generations ...'? No. But this is not a documentary. And so I think the delicate balance or blend between history and dramatic art comes off quite well."

On William Seward and the three lobbyists he employs

"I think the movie is wanting in one way to disabuse us of the sense that Lincoln is this high-minded idealist who wouldn't stoop to using the machine to get votes. And [Secretary of State] Seward — remember, he was Lincoln's chief rival for the Republican nomination for president — is a shrewd politician. He's in this with Lincoln; he's not an unwilling co-conspirator. And he's willing to do things sort of outside the box, that Lincoln perhaps can't do. I doubt that Lincoln actually met these three men, but Seward delivers the votes [on the 13th Amendment] in a variety of ways."

"You don't hear anything in the House anymore; you only hear someone giving an address for C-SPAN. I mean, one of the wonderful parts of the movie is that all of them are there, they're listening; some of them are going to be persuaded. It suggests an earlier time of a much more active Congress."

On radical Republican leader Thaddeus Stevens, played as a hero by Tommy Lee Jones in Lincoln, but as a villain in 1942's Tennessee Johnson

On Kate Maser's New York Times op-ed, which criticized the film for keeping black people quietly in the background

"I think that's a point well taken. And what the audience doesn't fully understand, in the final scene — almost the final scene — where suddenly African-Americans arrive in the balcony as the final vote is to be taken, that one of those is Charles Douglass, the son of Frederick Douglass. Charles had fought in the famous Massachusetts 54th; he will write to his father after that climactic vote: 'Oh, Father, how wonderful it is. People were cheering, they were crying tears of joy.' So that had the potential for more black agency, but it doesn't come to full fruition in the film."

On whether freeing the slaves was the prime motive of Abraham Lincoln, as the film suggests

"I think we still don't understand, sadly, although historians have been telling us this for a generation — that slavery really was a cause of the war. However, Lincoln did start the war to save the Union; he did not start the war originally to free the slaves. But that became a purpose for him when he realized that he could no longer move forward without a true understanding of liberty and union. He ran in 1864 for re-election on the slogan 'Liberty and Union,' and so it becomes the second purpose of the Civil War."

"I was very pleased with Daniel Day-Lewis' depiction of Lincoln. He does a delicate balance between the homely Lincoln — the homespun Lincoln — and the high Lincoln of the second inaugural address. He walks like Lincoln, the way he puts his feet down one at a time. He talks like Lincoln — not the baritone voice of Disneyland, but the high tenor voice. Daniel Day-Lewis studied Lincoln intensely, and what comes out is a very accurate depiction of the spirit of the man."