Accessibility links
Conflict Reawakens Bad Memories For Gaza Family Gazans salvaged what they could from bombed homes after eight days of war as life returned to the streets of the city. Gaza has been through two major conflicts in the past four years. Many families have experienced multiple tragedies, including the family of Mahmoud Qurtom. 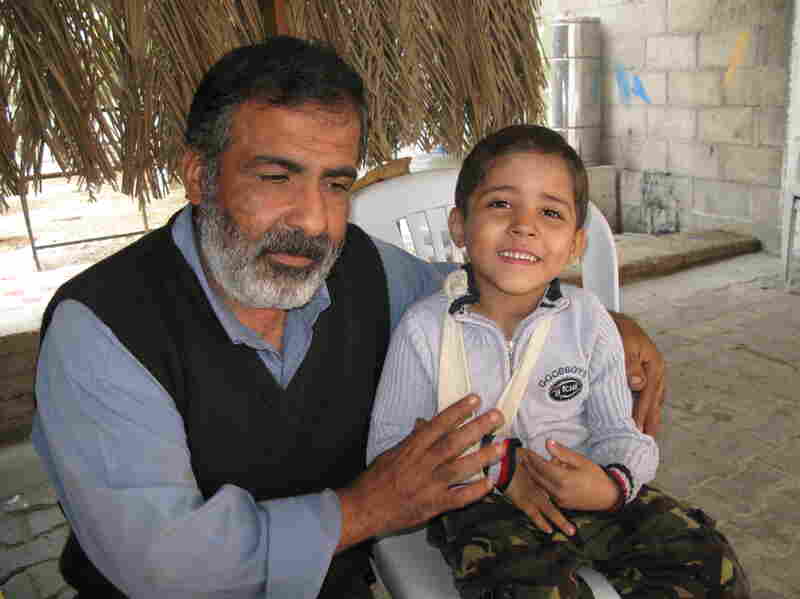 Osama Qurtom and his son Mahmoud at their home in Gaza. Anthony Kuhn/NPR hide caption 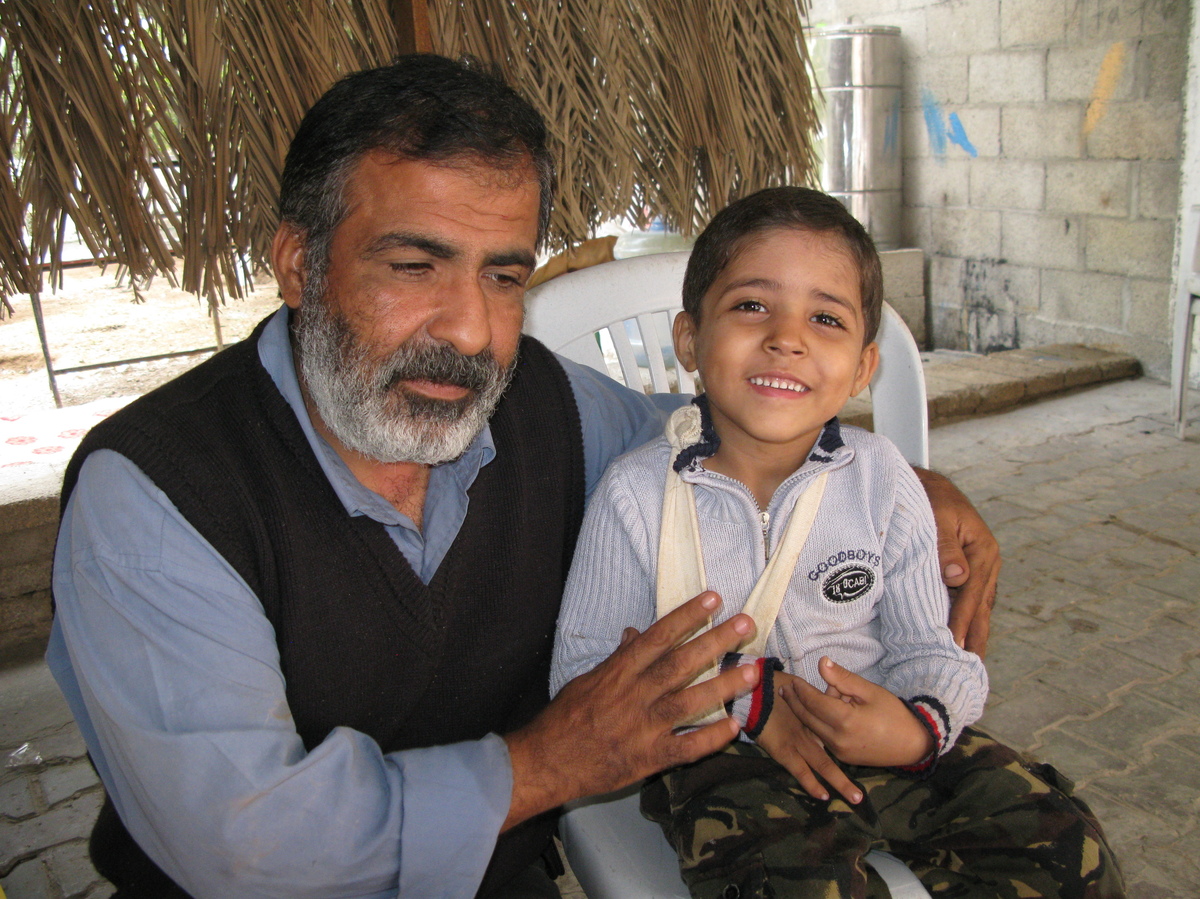 Osama Qurtom and his son Mahmoud at their home in Gaza.

Mahmoud Qurtom, 7, can often be found playing with his brothers and sisters, barefoot in the sand by his home's doorway in Gaza. He speaks only a word or two at a time, but smiles a lot. He explains why his right arm is in a sling.

"I was playing in the doorway," he says, "And then I ran away from the rockets."

Mahmoud's sisters brought him to their father, Osama Qurtom, who looked at him and saw nothing wrong. Then he noticed blood coming from a wound under the boy's arm, where a piece of rocket shrapnel had entered, fractured a rib and then lodged in his lung.

Mahmoud was treated at a hospital, and after four days, he appears to be recovering. His injury was a horrible déjà vu for his father, the very one he had feared since Israeli air attacks began last Wednesday.

"From the first air strike, my memories began to repeat themselves," he says. "The fear reawakened in me. I remembered the tragedy. My son. My neighbors."

The last time Israel invaded Gaza, nearly four years ago, Mahmoud's older brother Ahmed was 7 years old. He was playing with his siblings in the doorway of his house when a rocket exploded, killing him. While this was a horrible coincidence, Qurtom says, others around him have suffered the same sort of thing.

"This is normal here in Gaza," he says matter-of-factly. "This is war. Do you expect the enemy to bring you food and drink? Everyone has experienced loss in these wars."

When there are air raids, the Qurtom family sleeps in his building's stairwells for shelter. The bare concrete walls tremble when bombs explode nearby.

After his son Ahmed's death, Qurtom lost his job as a truck driver due to poor health. He has survived on international assistance and some help from his family, including his older brother Alaa.

Alaa Qurtom runs a construction materials company nearby. His son was seriously injured in the same explosion that killed Ahmed. Alaa Qurtom says it's hard for him to accept his brother's suffering.

"Osama is living in very bad circumstances," he says, speaking in his company's office. "He had two kidney operations. And the shock of his son's death took away half of his life. And as you know, to Arabs consider sons to be especially valuable."

Osama Qurtom says one of his daughters suffered from fits of anger and needed psychiatric care.

Like many other people here, Osama Qurtom believes the Israelis were deliberately targeting civilians and trying to eradicate Palestinians. This view came out in a conversation he says he had with another of his sons Abdul Kader, who had just awoken from a nightmare.

The day after the cease-fire is announced, little Mahmoud is chasing chickens among the palm trees in his family's yard. He seems cheered up by the news that his school, where he's in first grade, will reopen Monday, and that a visitor has brought him some chocolate.

Since his son Ahmed's death, Osama Qurtom has had another son, whom he has also named Ahmed. But he says there's no substitute for his lost son.

"Even if I had all the money in the world, or had a new baby every day, it would never replace his memory in my heart," he says. "God compensated us by giving us the new Ahmed. Really, we're just trying to keep his name in the house."

Osama Qurtom glances at young Mahmoud. He says Mahmoud may forget the trauma of his own injury, but he will never forget the loss of his brother.

On the wall hangs a large color photograph of the first Ahmed. The picture has been digitally altered to show him in a cap and gown, at the college graduation he never had.