Accessibility links
Border Killings Prompt Scrutiny Over Use Of Force In less than two years, U.S. Border Patrol agents have killed 18 Mexicans along the border — including eight people throwing rocks. Now the Department of Homeland Security is examining its policy on deadly force along the border. 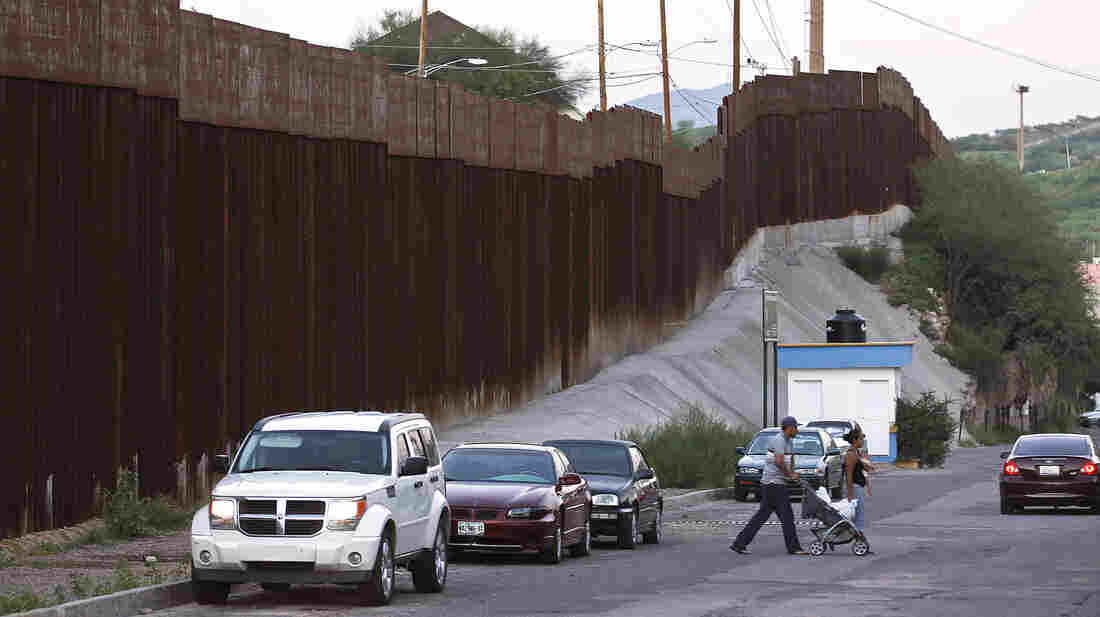 Pedestrians cross the street in Nogales, Mexico, near the border with Arizona. A U.S. Border Patrol agent shot and killed a 16-year-old boy who was throwing rocks near the border fence last month. Ross D. Franklin/AP hide caption 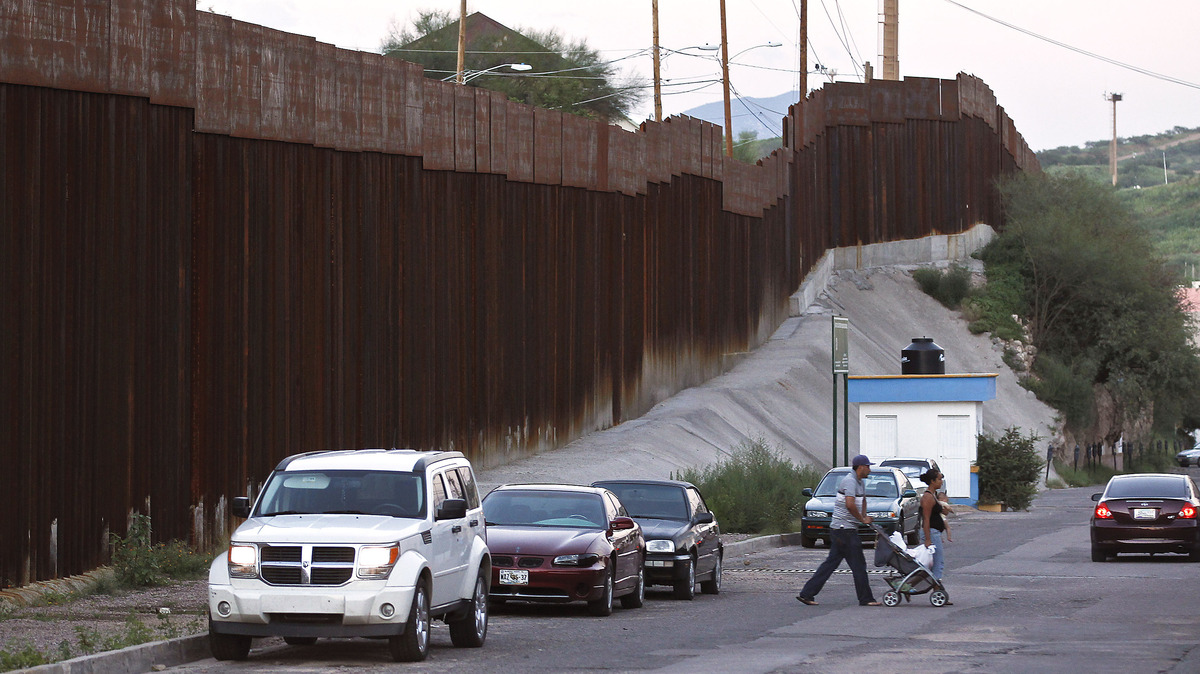 Pedestrians cross the street in Nogales, Mexico, near the border with Arizona. A U.S. Border Patrol agent shot and killed a 16-year-old boy who was throwing rocks near the border fence last month.

The Department of Homeland Security is examining its policy on deadly force along the U.S.-Mexico border. In less than two years, U.S. Border Patrol agents have killed 18 Mexican citizens there — including eight people who were throwing rocks.

Last month, Border Patrol agents responded to a report of two drug smugglers jumping the fence between the twin cities of Nogales, Ariz., and Nogales in the Mexican state of Sonora. As the agents approached, a group of people on the Mexican side began throwing rocks. The Border Patrol says the agents told the people to stop. When they didn't, one agent opened fire.

Within days, news outlets in Tucson and Phoenix identified the victim: 16-year-old Jose Antonio Elena Rodríguez. The teen, who was not one of the smugglers, was shot numerous times through the fence, on Mexican soil.

It was not an isolated incident. Since 2010, six of the eight people killed by Border Patrol agents while throwing rocks were on the Mexican side of the border.

"By no means [am I] minimizing our own challenges and our need to keep strengthening security on our side of the border," says Ricardo Alday, a spokesman for the Mexican Embassy in Washington, "[but] this is about the disproportionate use of force, the use of lethal force in these cases."

Border Patrol didn't respond to a request for comment, but it says rocks have caused hundreds of injuries to agents in just the last year. The agency is on the record saying it considers rock-throwing to be deadly force, which sometimes demands the same in response.

In a redacted copy of the Customs and Border Protection's Use of Force Manual obtained by NPR, nowhere in the readable parts is rock-throwing mentioned. Former Customs and Border Protection Commissioner Ralph Basham told the PBS show Need to Know that agents need latitude because when they encounter people, they often don't know the threat they face.

The Border Patrol has vehicles reinforced with cages to protect agents from rocks. Critics question why agents don't use rubber bullets or just get out of range of the rocks.

Vicki Gaubeca wants to know why agents are rarely held accountable when they kill someone in Mexico. Gaubeca, who heads the ACLU's Regional Center for Border Rights in New Mexico, says a Border Patrol agent should face the same discipline a police officer would away from the border.

"To argue otherwise would mean U.S. agents could intentionally shoot Mexicans or Canadian citizens across the border with no accountability for their actions," she says.

Mexico's ambassador has said the perception that Border Patrol agents have impunity to shoot across the border and kill Mexican citizens adds to mistrust and damages security between the two nations.