Accessibility links
Interview: Todd Andrlik, Author of 'Reporting the Revolutionary War' For his new book, archivist Todd Andrlik tracked down 18th century newspapers to provide a sense of the Revolution as it actually unfolded. Andrlik says the newspapers preserve things that didn't make it into history textbooks — like the fact that the Boston Tea Party was not universally popular. 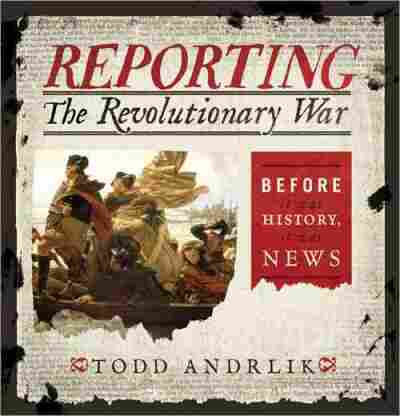 Before It Was History, It Was News

Title
Reporting The Revolutionary War
Subtitle
Before It Was History, It Was News
Author
Todd Andrlik

Time has a way of condensing major historical events into a few key moments, with one-dimensional, legendary figures at the forefront. In his new book, author and archivist Todd Andrlik gives life and depth to one such event — the American Revolution. He uses newspaper reporting from that era to provide a sense of the Revolution as it actually unfolded.

The book includes eyewitness accounts, newspapers and battlefield letters — the kind of primary sourcing that's increasingly rare in our Wikipedia world. It's called Reporting the Revolutionary War: Before It Was History, It Was News. "It's not just newspaper clippings, it's the entire newspapers," Andrlik tells NPR's Rachel Martin. "These newspapers are not like we think of today, they're quite different in that they're only four pages in length, and only about 10 by 15 inches tall."

Andrlik says he went on a quest for 18th century newspapers that might contain accounts of the Revolution, sourcing them from people who'd found them in attics or in the walls of old homes. "They're available on the open market much like fine art or any other type of historical collectible.

"It's completely different," he continues — not just in size but in content. "There's no headlines. Back then, they used datelines because they were mostly printing news from other newspapers. So today we have AP and Reuters; back then they had a news exchange system where as soon as a printer finished typesetting his edition of the week, he would then send issues to other printers around Colonial America, and those newspaper printers would take extracts, often verbatim."

Andrlik keeps his antique newspapers carefully in acid-free Mylar folders, but he does take them out for display occasionally. A New Hampshire Gazette from April 21, 1775, has breaking news: the battles of Lexington and Concord. "This is only one of two Colonial American newspapers to print the news on its front page," he says. Newspapers from that era typically reserved their interior pages for important news "because that's what was typeset later in the week so it could be most current." 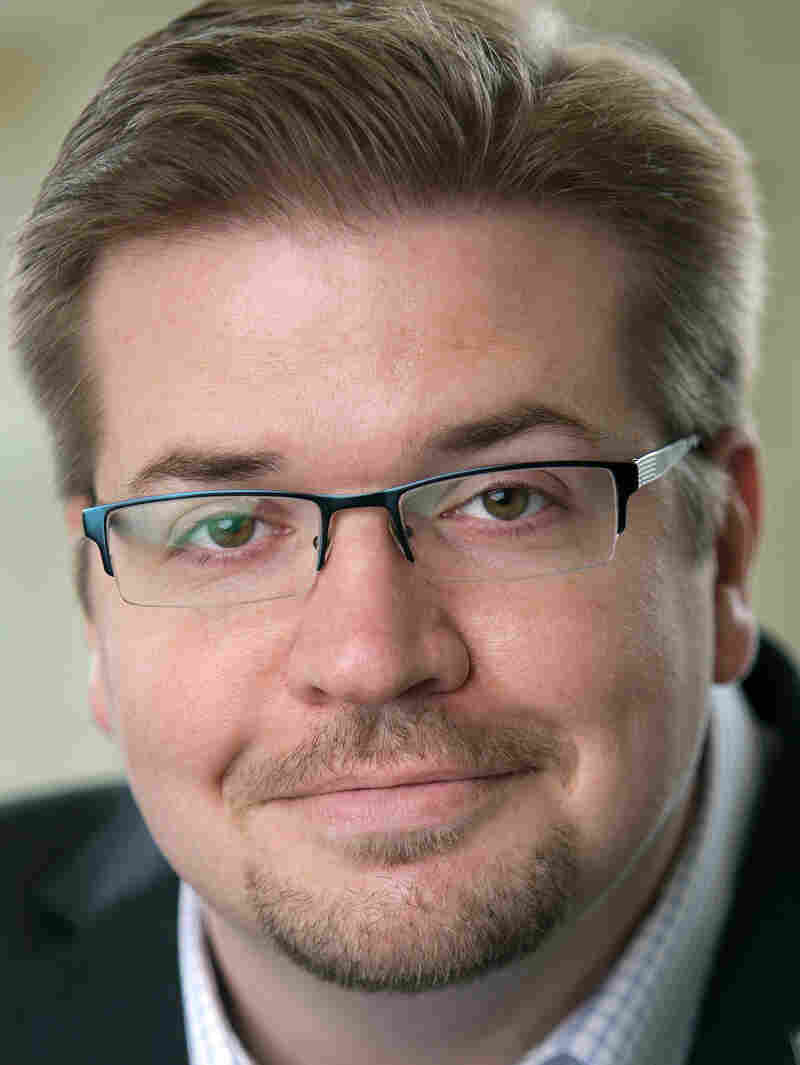 Todd Andrlik is the curator and publisher of RagLinen.com, an online museum of historical newspapers dating back to the 16th century. Courtesy of Sourcebooks hide caption 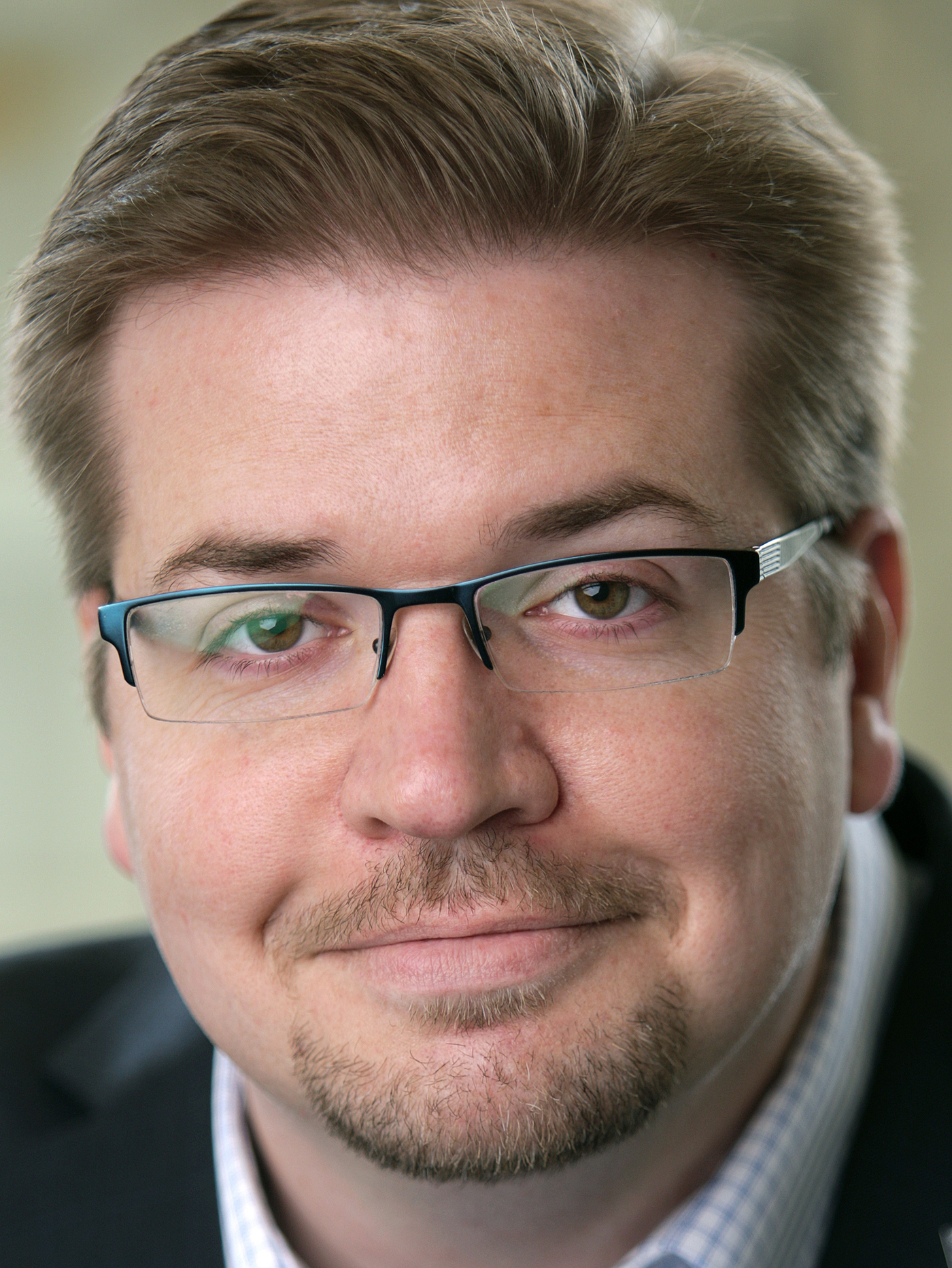 Todd Andrlik is the curator and publisher of RagLinen.com, an online museum of historical newspapers dating back to the 16th century.

The Virginia Gazette of Aug. 26, 1775, is another notable newspaper, featuring an eyewitness account of the Battle of Bunker Hill. "And alongside that account is an engraving, or an illustration I should say, of the entrenchment on Breed's Hill [where most of the battle was actually fought]," Andrlik says. "This is one of a kind ... in the sense that this is the only known newspaper illustration to depict a current event during the entire American Revolution."

There's a lot more in those old newspapers than in your high school and college textbooks, he adds. "The Boston Tea Party, it was not universally celebrated in America. The 'Shot Heard Round the World,' well, it came very close to happening four months earlier, in New Hampshire. Benedict Arnold, he actually revitalized the American Revolution. The fact that Paul Revere was one of thousands of people caught up in the Battles of Lexington and Concord, and that he really wasn't mentioned in the newspapers of the period because they didn't want to let out how they had alerted the countryside."

Andrlik has some tips for readers looking for historical treasures in old newspapers. "It's an exciting kind of real-time adventure, but at the same time, you have things that you're not used to seeing, such as the old English 'S,' which looks like an 'F.' " The old papers pre-date standardized English, so there are frequent run-on sentences. "I think I counted once in a paragraph there were 40 commas and 22 capital letters," he says.

If he had to pick one favorite document from the time, Andrlik says he'd choose the Continental Journal from Jan. 23, 1777, which has George Washington's personal account of the crossing of the Delaware and the Battle of Trenton. "Each newspaper has exciting material and new discoveries. ... These newspapers are to me, the way to make the American Revolution real. Without newspapers, there would have been no Revolution."

Read an excerpt of Reporting The Revolutionary War