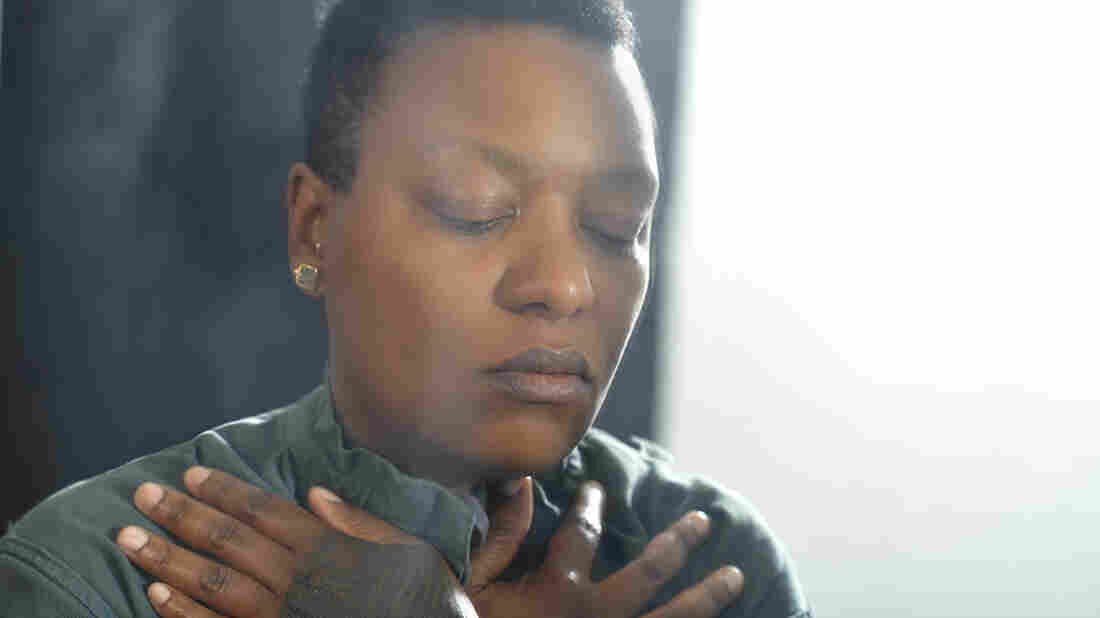 Meshell Ndegeocello says she hopes her new album, a tribute to Nina Simone, revives interest in the work and life of the late artist. Courtesy of the artist hide caption

On her latest album, Pour Une Âme Souveraine, singer and bassist Meshell Ndegeocello performs the songs of Nina Simone. The French title is a nod to the fact that Simone spent the later years of her life in France, but it's also Ndegeocello's way of honoring her idol.

"It means 'for a sovereign soul,' " Ndegeocello tells NPR's Melissa Block. "She was one of the people, but I felt she was like royalty."

In Ndegeocello's eyes, Simone is more than just a great artist — she's a fascinating historical character whose personal struggles deeply informed her music.

The album opens with "Please Don't Let Me Be Misunderstood," a song Simone recorded in 1964. While Simone's original performance has a sense of urgency, Ndegeocello sounds more relaxed, almost nonchalant. It shows that, while she may revere Simone deeply, the two differ greatly in personality.

"Yeah, I guess I'm less apologetic, and hers seems more of a pleading to be understood," she says. "I think secretly I've realized after my time on the planet that I have no control over what people feel about me or need from me, so I just have a more laid-back approach in my apologies."

Later on the album, Ndegeocello offers her take on "Four Women." It tells the story of four black women who, although they come from different backgrounds, share a common history of pain and hardship.

"There's no hierarchy in suffering," Ndegeocello says. "I think songs that are transcendent are the ones where everyone can feel something from it, you know?"

Each song interpreted on Pour Une Âme Souveraine seems to have been chosen to convey a different message. But the album as a whole, Ndegeocello says, has a focused purpose: reminding the world how important Nina Simone was as an artist, and as a human.

"It was important to pick songs that she had written," she says, "because the hope for me is to get more people interested in her, check out her catalog and sort of revive it, and also use her story and learn from her story."