Accessibility links
Kennedy Center's New Organ No Longer A Pipe Dream The old organ was in bad shape and beyond repair. Now, after more than two years of construction and installation, a new organ has arrived and will make its debut on Nov. 27.

It was almost spooky. Each night after 11 p.m., when nothing was stirring in the Kennedy Center Concert Hall, two men would enter. One would sit at the organ, playing a key or series of keys, and the other would crawl around inside the organ pipes, 40 feet off the floor. The process went on for months.

It was the all but final phase of installing a new organ for the Kennedy Center for the Performing Arts in Washington, D.C. And on Nov. 27, the organ makes its formal debut.

Towering over the stage, the organ looks big, but you have no idea how big. There are some 5,000 pipes, ranging from five-eighths of an inch to 32 feet long, and weighing a total of 20 tons.

Why A New Organ?

The old Kennedy Center organ, to put it bluntly, was sick — so sick that at one performance a few years ago, they had to stop the concert to unstick a recalcitrant key.

Organ consultant Jeff Weiler was called in to examine the patient and concluded that the instrument was just not salvageable. Other consultants agreed.

The old organ was the "dying gasp" of a once-great company, Weiler explains. Right after it was delivered in 1972, the company, Aeolian-Skinner, went out of business. And when the organ began to falter, inspection showed that it had been jerry-built, using parts and tailings from other projects.

Two years ago, a donation from Kennedy Center Chairman David M. Rubenstein allowed the performing arts center to take the plunge and order a new organ, this time from Casavant Bros., near Montreal, a company that has been making organs since 1879. 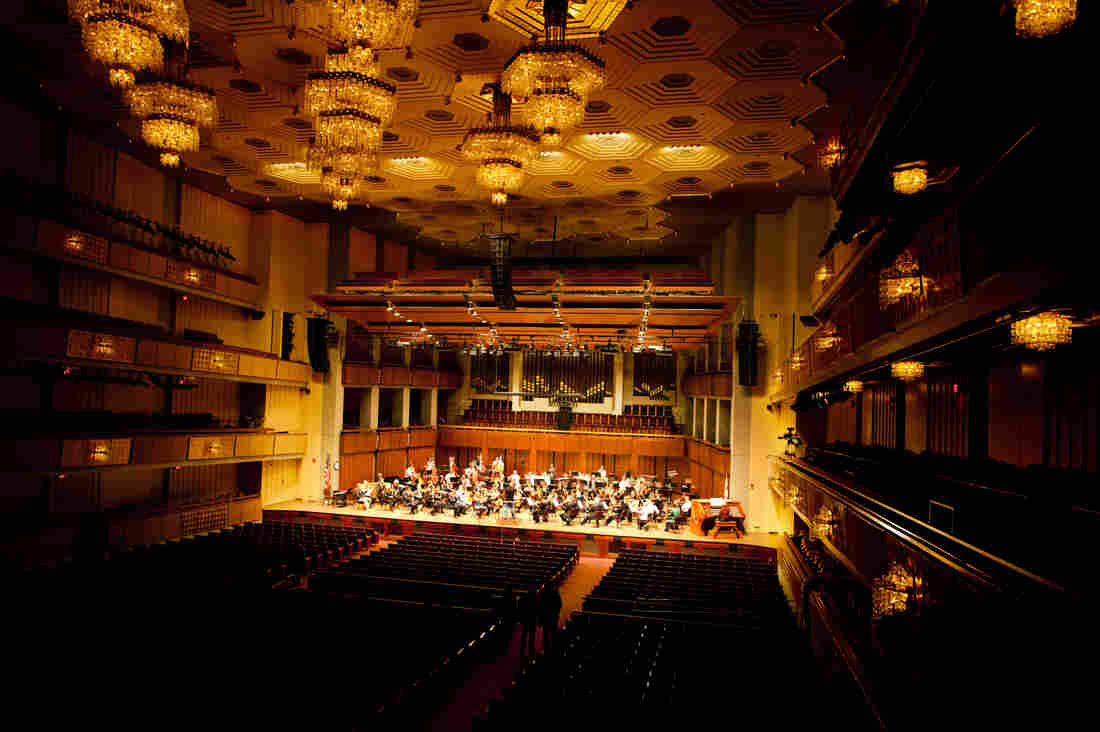 The new organ was tested with the orchestra on Oct. 18. Kainaz Amaria/NPR hide caption 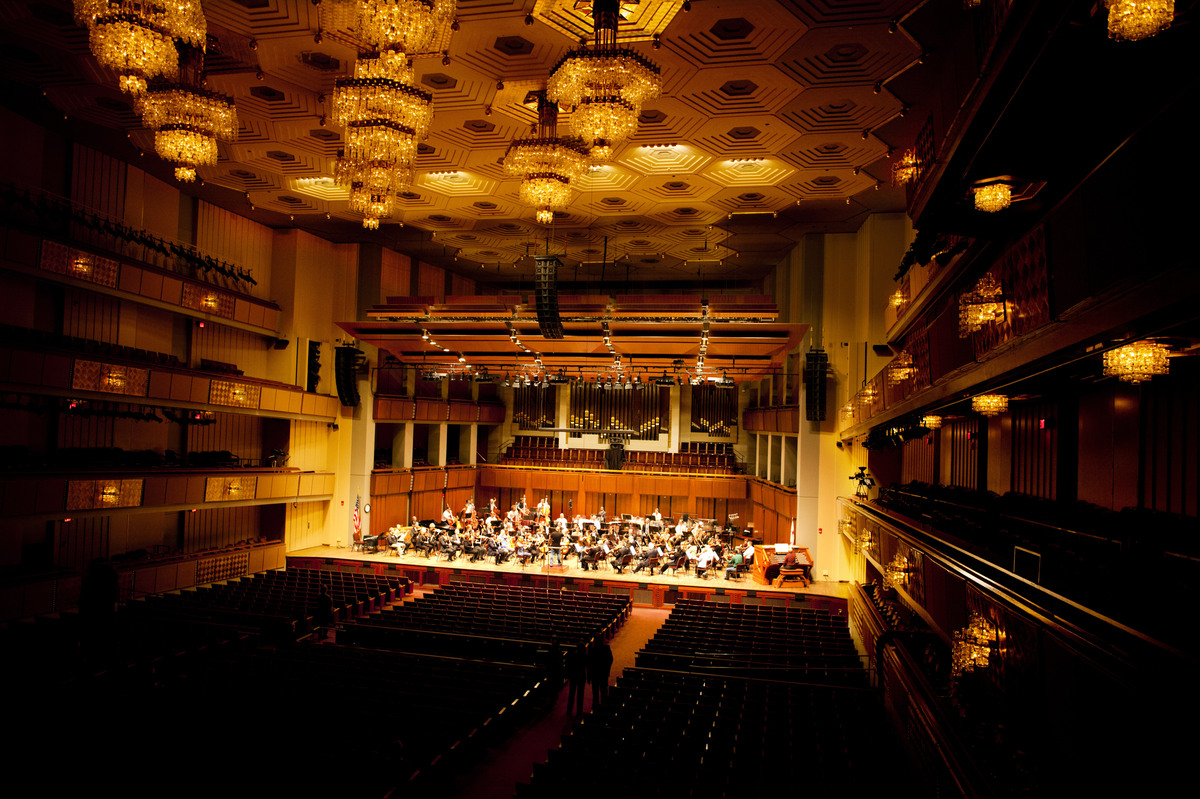 The new organ was tested with the orchestra on Oct. 18.

Just building the organ took two years. Then came the installation, a process that from beginning to end has taken more than three months.

The partially assembled instrument was delivered in August by a trio of 53-foot-long semitrailer trucks.

After the organ was assembled in the hall, the delicate process known as "tonal finishing" began.

Each night, while the hall was silent, between 11 p.m. and 8:30 a.m., Richard Marchand and Daniel Fortin, two Casavant technicians, worked away at perfecting the sound of the organ.

These nocturnal magicians say people tend to confuse the two functions they were carrying out — tuning and voicing. The tuning is relatively easy. It's the voicing that is really hard.

"You can sing with an ugly voice but in tune, but you still sound ugly," Marchand explains. "Voicing is to work on the quality of the tone you are projecting."

Tuning, it turns out, takes just a few days. But the voicing takes a couple of months.

Marchand and Fortin, both of them musicians, work together — one sitting at the organ itself, the other climbing up and around inside the organ, using special tools to shift parts of the pipes, opening or closing an air hole here, shaving or moving a part of the pipe there.

Much of this work is done 40 feet in the air, with tiny crevices to use as footholds. The two men switch off roles from time to time. If you just stay at the organ, they say, it is too easy to fall asleep. No such problem crawling around the organ like a cat. 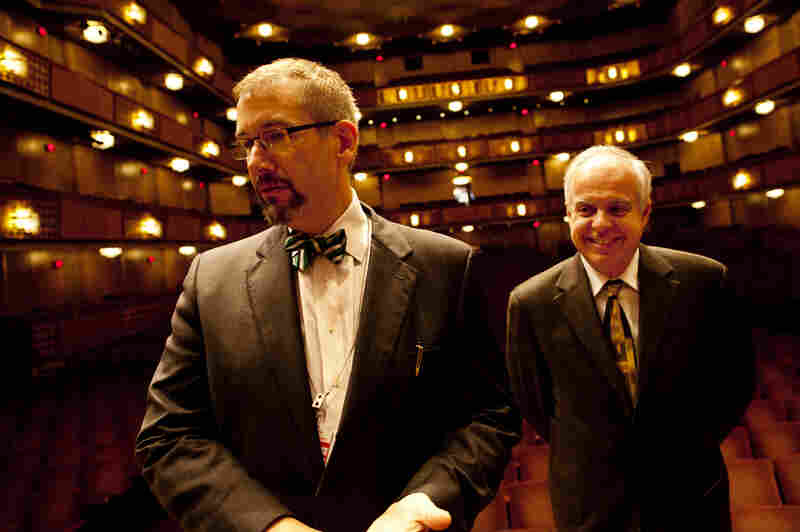 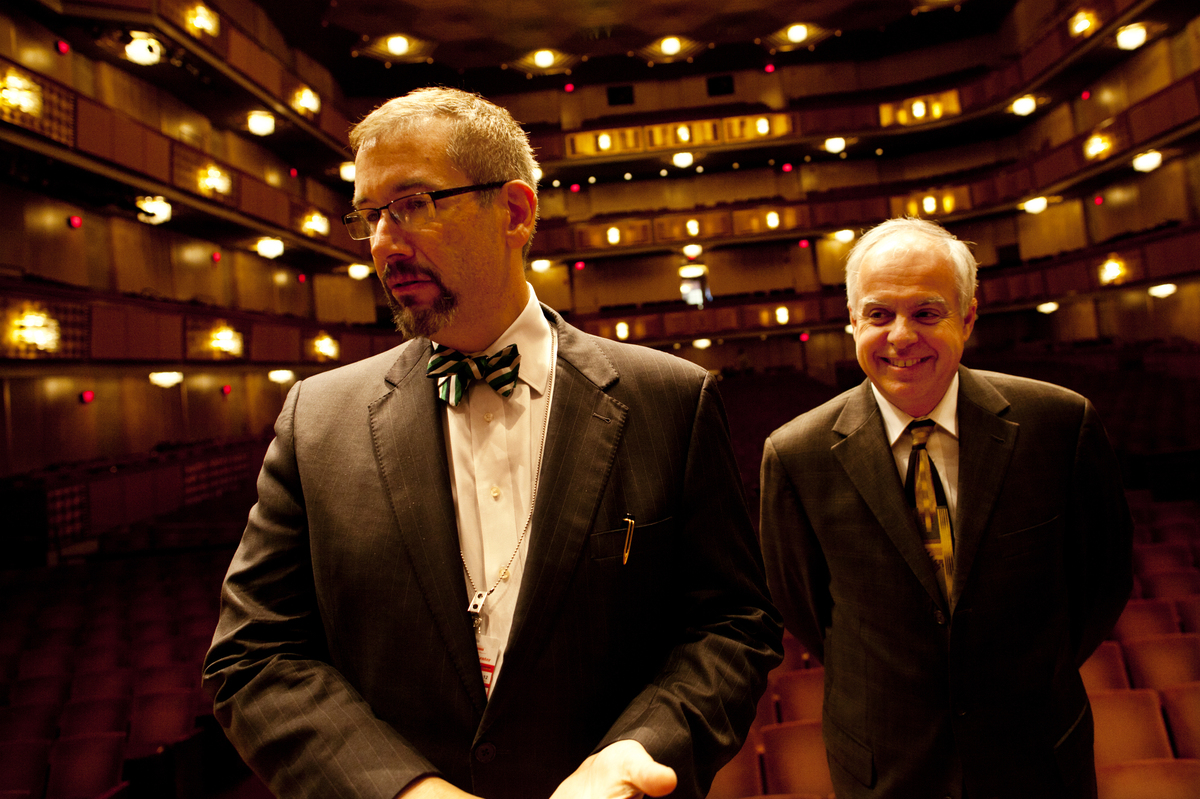 "If you are afraid of the height, it is not a job for you," Marchand says.

The polished wood console of the organ — the part you see the musician play — is amazingly complex, too. It has four manual keyboards, 32 long wooden pedals and 104 stops. The stops look like porcelain knobs, and each one controls a set of 61 organ pipes, balancing the highs and lows, and the volume.

"Each stop has a role to play in this tonal structure, so we are building sonic architecture of the instrument," says Jacquelin Rochette, Casavant's artistic director.

When we visited a few weeks ago, Rochette said some of the pipes were still "barely speaking," that the sound they emitted was "simply barking." By now, they are supposed to all be singing.

Organs are built to serve different functions. They are built for churches, for theaters, for academic institutions. But in a concert hall, the organ has to have tremendous sonic power so it can soar over a large orchestra and chorus. It is the stops that throttle up the power — hence the term "pulling out all the stops."

But for an orchestra, there is another balance to work out. The organ has to be able to play as if it were just another instrument in the orchestra, blending in so that the listener barely knows it is there.

What is so fascinating about watching the whole process unfold is the anthropomorphic way everyone talks about the instrument.

"The creation of an organ is very much like the birth of a child," says National Symphony Orchestra organist William Neil. "It's brand new, and it starts very humbly and very small and it grows, and as it matures and becomes a full-blown musical instrument, we have almost created here the adult."

A month ago, Neil said the organ was "not quite there yet" but was "on the way."

On Thursday night, the organ, now fully tuned and voiced into adulthood, was ready for its official, grown-up premiere performance.