Accessibility links
In Pakistan Shooting, Malala's Friends Also Bear Scars The Taliban attack on young Malala Yousafzai had a profound effect on her hometown, Mingora, in Pakistan's picturesque Swat Valley. For the other girls with Malala that day, the scars are both emotional and physical. 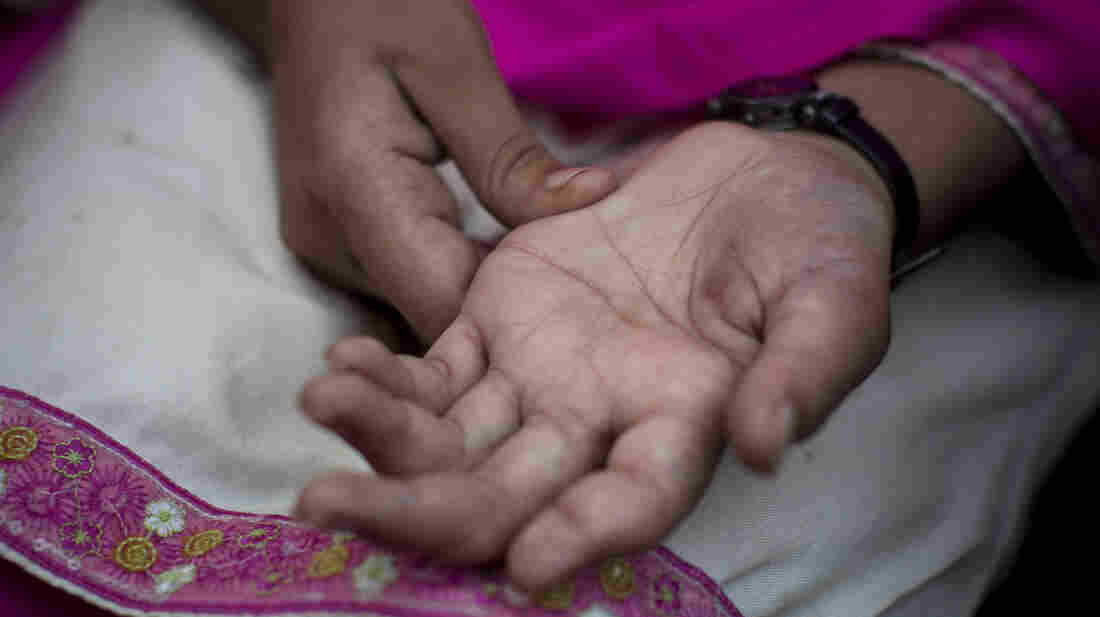 A bullet went through 13-year-old Shazia Ramazan's hand when a Taliban gunman opened fire on Malala Yousafzai and other schoolgirls in a van in Pakistan last month. Anja Niedringhaus/AP hide caption 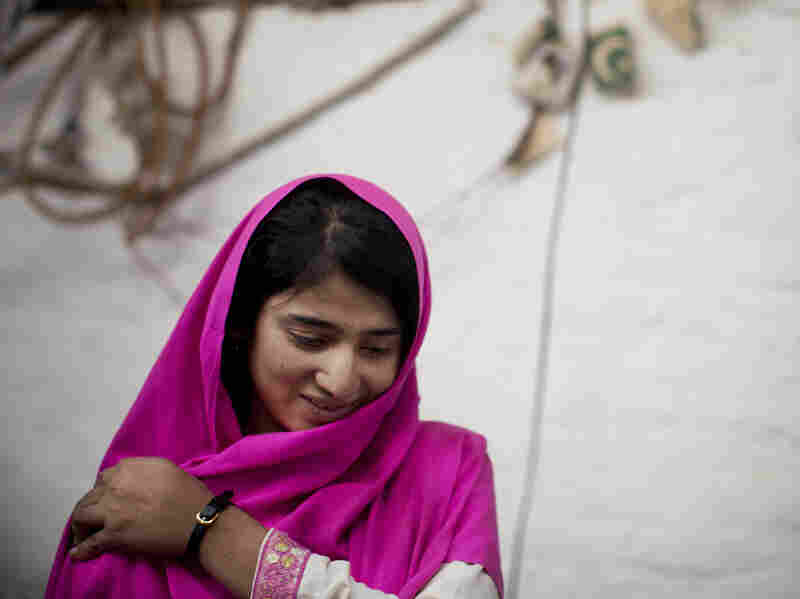 "All the girls started crying and shouting, and we tried to lift Malala, to help her, to get her out of the van," Shazia Ramazan says. Anja Niedringhaus/AP hide caption 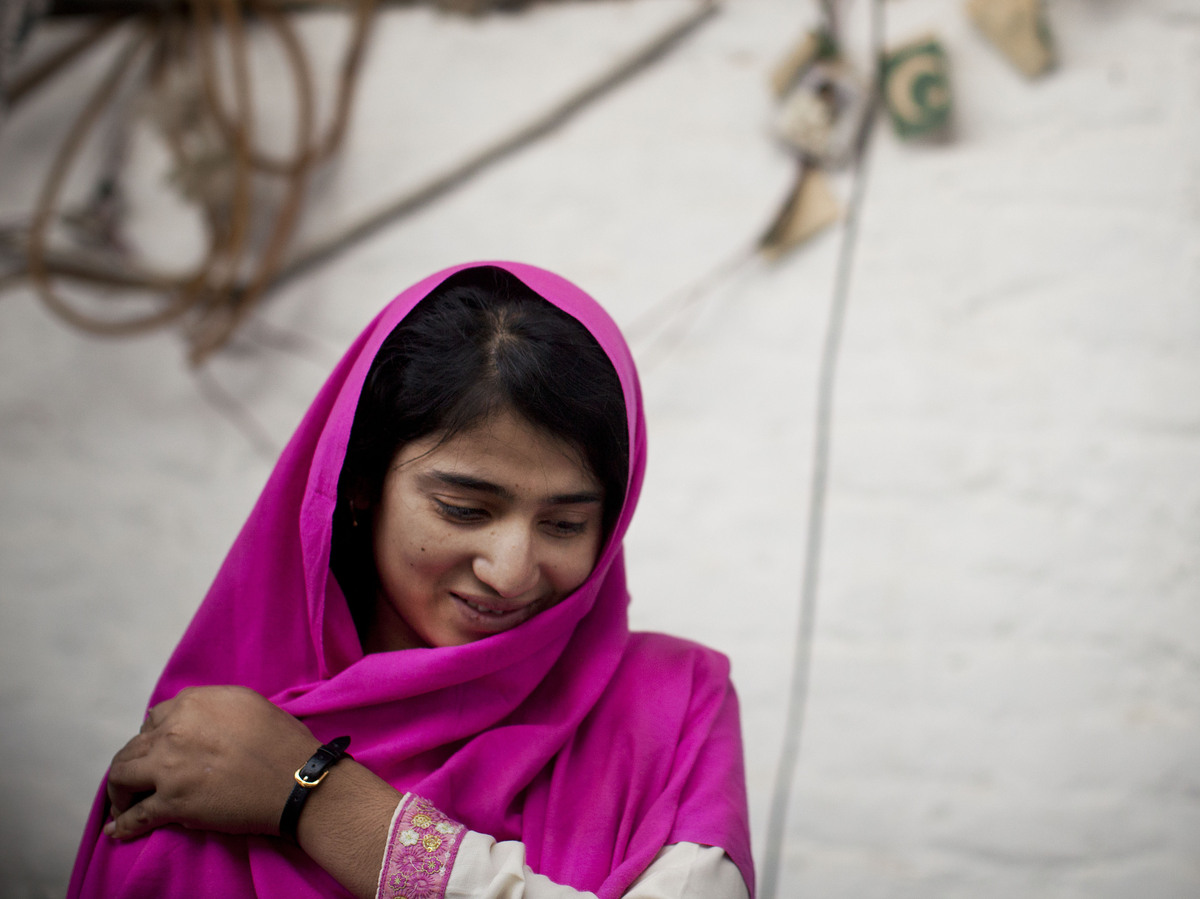 "All the girls started crying and shouting, and we tried to lift Malala, to help her, to get her out of the van," Shazia Ramazan says.

On Oct. 9, in Mingora, Pakistan, in the country's picturesque Swat Valley, Kainat Riaz left her high school and climbed into the back of a small van. The bright-eyed 16-year-old sat near another schoolgirl, Malala Yousafzai.

At just 15, Malala, an outspoken critic of the Taliban, had already earned a name in her country — and internationally — for her courage. Kainat says there was a lot of chatter in the six-seat van as it shuttled the girls home.

Then, in the middle of a busy road, the van suddenly stopped, and a masked gunman got into the vehicle.

"We saw a gun in his hand. [We] were terrified, and we started shouting," Kainat says. "He told us to be quiet. We were afraid. He asked us who Malala was."

Kainat says no one said a thing, but they all looked at Malala.

"I think he himself knew Malala," she says, "because he fired his gun at her. She fell over, and there was blood coming from her ear; it all happened very fast." 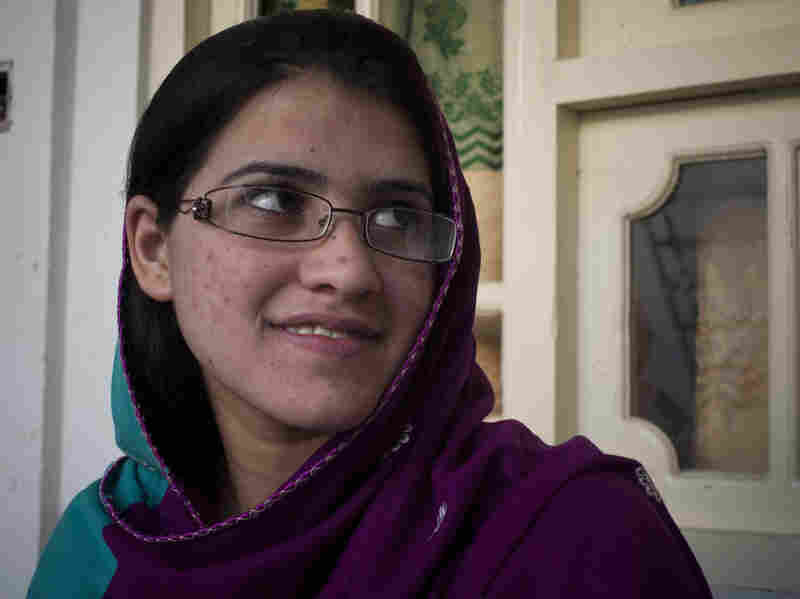 Kainat Riaz, 16, was also wounded in the shooting. She says she and the other girls were terrified when the gunman entered the van. Anja Niedringhaus/AP hide caption 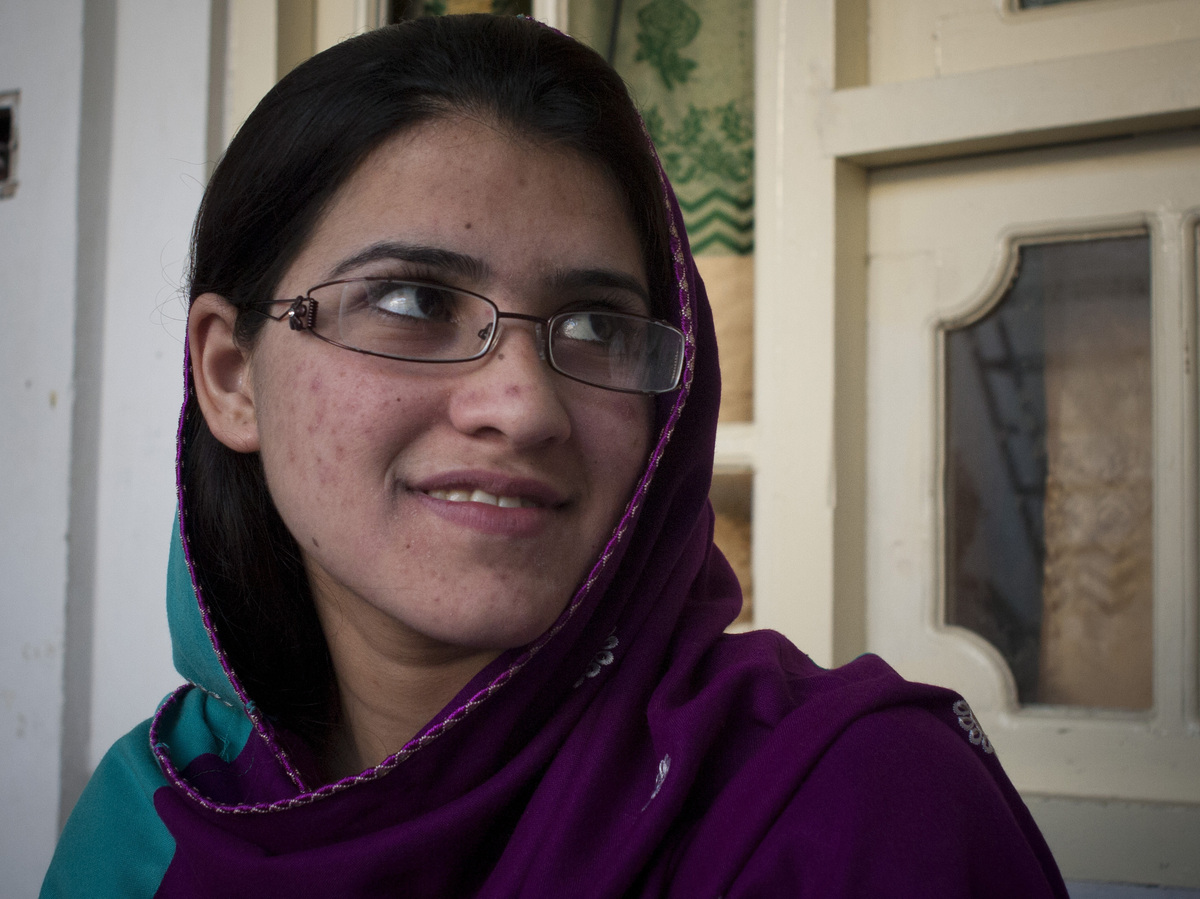 Kainat Riaz, 16, was also wounded in the shooting. She says she and the other girls were terrified when the gunman entered the van.

The gunman shot Malala in the head and the neck, and kept firing. In the frenzy, Kainat was also shot. So too was 13-year-old Shazia Ramazan, who had been sitting next to Malala, her good friend.

"All the girls started crying and shouting, and we tried to lift Malala, to help her, to get her out of the van," Shazia says.

The gunman and an accomplice escaped through a small alley, and the Taliban claimed responsibility. Malala survived and is now recovering at a hospital in Birmingham, England, that specializes in war injuries.

Shazia, a slight girl with a quick smile, shows the bullet wound in her left hand. Another bullet hit her right arm.

Sitting on a daybed at her parents' home, Shazia seems remarkably composed, although both she and Kainat say they could not sleep for several nights after the shooting. The two girls now have police, armed with machine guns, posted around the clock outside their homes in Mingora.

Security was stepped up throughout Mingora after the shooting. Now there are many checkpoints, snarling traffic on the city's narrow, congested streets. This is a far cry from a few years ago, when the Swat Valley was a peaceful, idyllic area, often referred to as the Switzerland of Pakistan.

Malala Stands For First Time Since Being Shot By Taliban, Doctors Say

The sheer beauty of its soaring verdant hills and deep valleys drew tourists from all over the world. Then Taliban militants began moving into the area in 2009, imposing their strict interpretation of Islam.

Eventually, Pakistan's military launched a major operation, and claimed it had flushed out the militants. Ahmed Shah, a close friend of Malala's family, says after that, the people of Swat enjoyed some peace.

"For the last year the situation was good, it really was peaceful," Shah says. "But after the [shooting] of Malala, the people are very fearful; they think that those people might come again."

Shah says there have been a couple of other recent attacks against people who have also publicly spoken out against the Taliban, and many people are worried militants are filtering back into Swat.

Kamran Rehman Khan, the most senior government official in Swat, says the security forces and intelligence agencies are closely monitoring the situation. He says they are taking all available measures to make sure another incident like the shooting doesn't occur, but the danger is still present.

"Nothing is guaranteed in this world, [even] with all the security ... We still get people who sneak in and do crimes," Khan says.

Khan says militants are likely infiltrating Swat across the border with Afghanistan, but says some local residents might also be providing help.

"We do understand that there are sympathizers here," he says. "Because of maybe their ideology or maybe their misperceptions, [people] do provide help. We are trying to get hold of those people."

Khan maintains that Swat is one of the safest places in Pakistan. Still, reminders of Malala's shooting are never far away in Mingora. The young girl's face is on posters and billboards, and there are now special days and charities named in her honor.