Accessibility links
Interview: Dolly Parton, Author Of 'Dream More' | On Life's Journey, Never Stop Dreaming When Parton told her high-school classmates that she planned to go to Nashville and become a star, the whole class burst into laughter. In her book Dream More, Parton explains the principles behind her success and describes how she became one of the best-selling recording artists of all time. 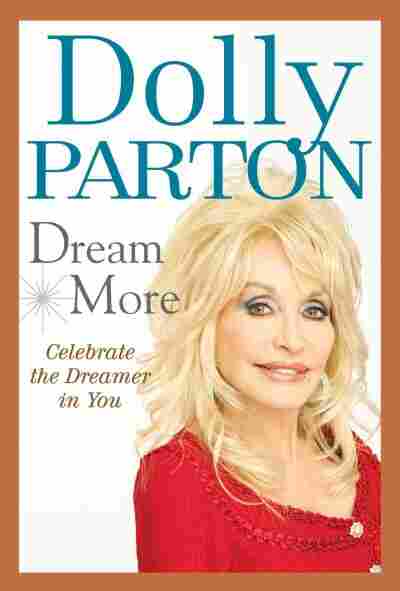 Celebrate the Dreamer in You

In 1964, Dolly Parton told her classmates at eastern Tennessee's Sevier County High School that she planned to go to Nashville and become a star.

The whole class burst into laughter.

Parton recounted that high-school scene 45 years later, in a commencement address at the University of Tennessee College of Arts and Sciences. As the queen of country music prepared to receive an honorary doctorate, she told the 2009 class how she went on to prove her classmates wrong.

That popular commencement speech provides the basis of her book, Dream More: Celebrate the Dreamer in You.

"I've never lost my faith, and I never lost momentum," she says. "I never got off-track. I never turned loose from my dream. And I'm still onto it tight as I can."

In the book, she shares the "nuggets of wisdom" that took her from rags to riches and led to enormous success as a musician, actress and theme-park entrepreneur.

On childhood dreams of stardom

"I used to put a tin can on a tobacco stalk, stick it down in the cracks on the front porch, and that was my stage. And all the little-bitty kids and the animals out in the yard ... that was my audience. ... I was pretending I was singing in the Grand Ole Opry, or just singing.

"But I was dreaming. I was planning ... I carried that all the way through my life and was dead serious about it by seventh and eighth grade, knowing that I was already prepping to go to Nashville, and that when I graduated in 1964, that's where I was heading. And that's where I went."

On the origins of Dollywood

"I'd always thought if I do make or when I make it, I want to do something great back home to honor my father and mother, and ... have the ... family be proud of me up there and all the folks in that area. 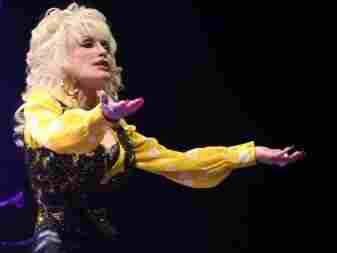 "So I'd had that dream to have Dollywood. And I went to my lawyers and managers at the time — or my accountants — and they said, 'This is insane.' ... And so I felt so passionate about it ... and I feel it in my gut. I just feel that this is the right thing to do. So I went over their heads and did it anyway. And as you can see, it's a huge success. And, needless to say, I don't use those people anymore."

On why some dreams don't come to fruition

"I have a guilt complex about being the one that's so successful when so many of them are so much more talented than me. And so many friends that I know in Nashville that have twice the talent that I've had, that I've seen them come and go through the years and never see their dream come true.

"You don't really know that individual's life. A lot of people get off-track. ... They'll get something going, and they'll either fall in love, and they'll be with someone who's not good for them ... they let too much time go by ... or some get on drugs, some get on alcohol.

"Some are not willing to sacrifice what it takes to do it. So there's all kinds of reasons for it, and one never knows another's ... life. And that's why people say, 'Oh, can you give me advice?' I say ... 'I'll just give you some information, maybe a few pointers here and there.' ... You can't run another's life. But I know I've just been blessed, and I've just been thankful."

On revising your dreams

"A lot of dreams can turn to nightmares ... if you don't really work them. And sometimes you can have these dreams — and you can take all the scripture of, 'Through God all things are possible' — and things still don't work out.

"But then you've got to look at it like, maybe God had something bigger for you to start with. Maybe what you wanted was not necessarily what you should have. ... One dream can lead into another, till maybe your ultimate dream is more what was best for you, anyway."

Read an excerpt of Dream More