Accessibility links
Horseradish Tea And Other Global Cold Cures With the arrival of cold season come the suggestions of remedies from those around us. NPR's Melissa Block talks with foodies about the foods they use to ease cold symptoms. 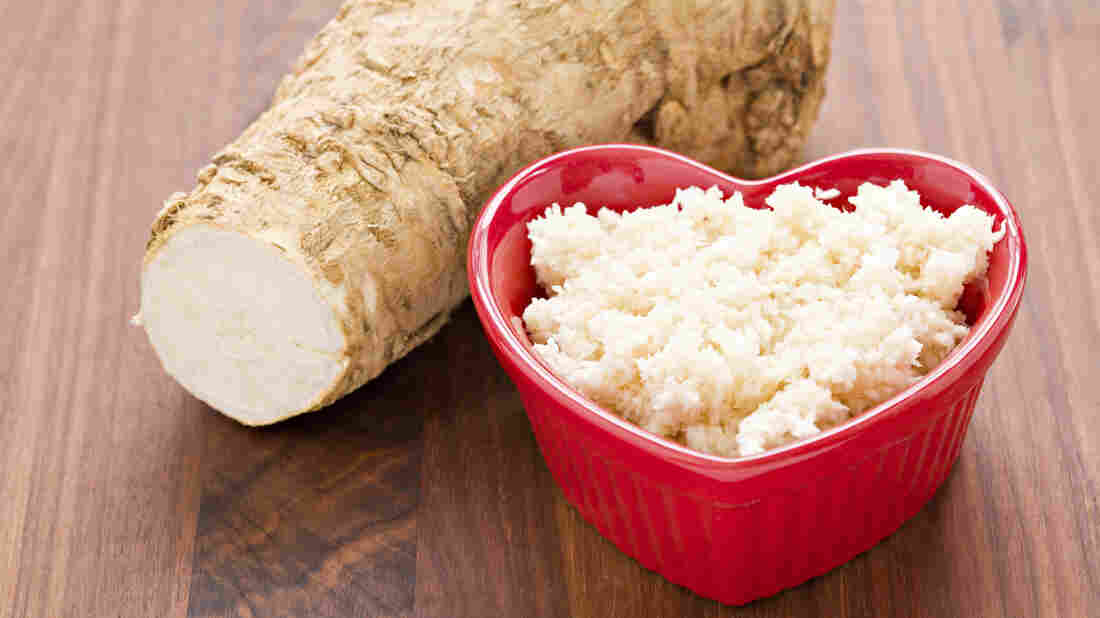 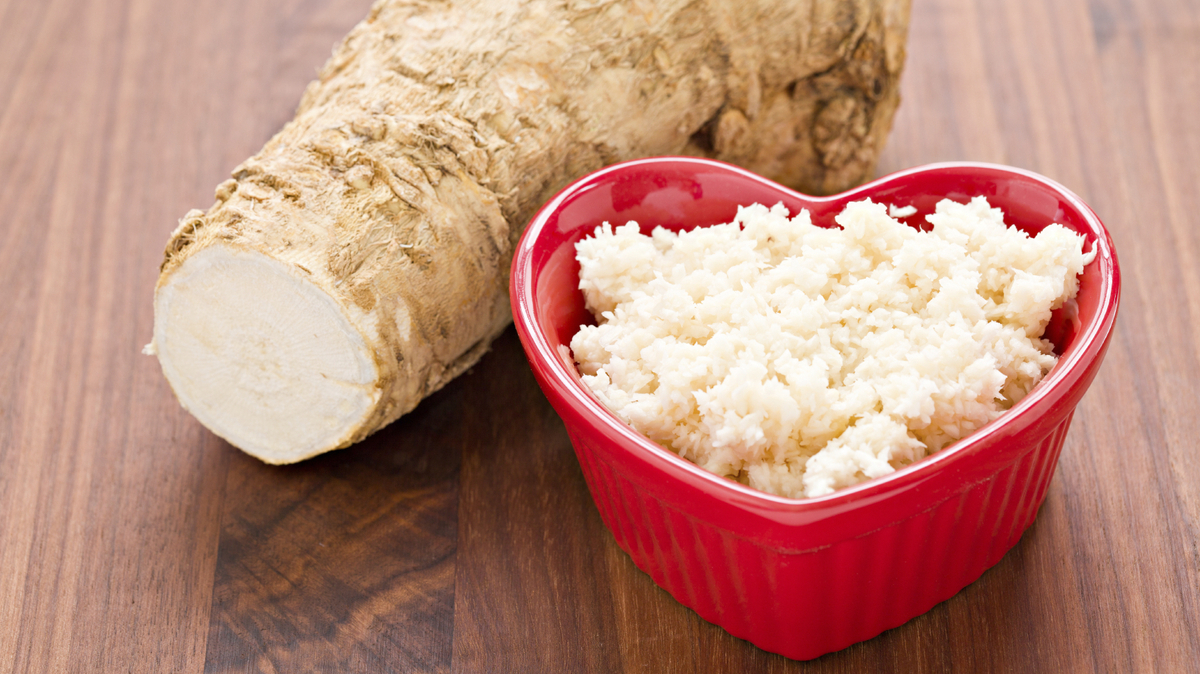 Lidia Bastianich's great-aunt swore by a horseradish tea for clearing out cold-clogged sinus.

From chicken noodle soup to alcohol-spiked drinks, everyone has a preferred remedy for cold symptoms. Since she was feeling a little under the weather, Melissa Block, host of All Things Considered, asked some foodies for their tried and true remedies from around the globe. Their suggestions range from the gentle to the pungent, but each bears a timeworn seal of approval.

Grace Young, author of The Wisdom of the Chinese Kitchen: Classic Family Recipes for Celebration and Healing, says her mother was a firm believer in eating jook, a rice porridge, to abate a cold. Young says it just takes a few tablespoons of rice cooked with water until the grains disintegrate.

"It's said to be the easiest food to digest, it cleanses the body of toxins, it rehydrates you, and it's a very, very gentle on the system," she says.

To prevent a cold, her mother turned to mustard green soup.

"All it is is maybe a pound of broad leaf mustard greens, cooked with a large sweet potato, maybe five or six cups of water, and it's simmered for three hours," she says.

Young admits she hated it as a child, but the soup is meant to cleanse the body.

"The Chinese feel that your organs get very dried and parched, so a soup like this restores the balance," she says.

Do you have a time-tested folk remedy for getting over a cold? Share your secrets here, and just put "Sniffles" in the subject line.

Italian-American chef Lidia Bastianich, host of the television show Lidia's Italy, says she learned her cold-fighting secrets from a great-aunt who was a herbalist and the so-called potion maker of the family. When someone had a cold, Bastianich's great-aunt would reach for the sage and bay leaves.

"She would dry her sage and bay leaf and she would make a tea and then put some lemon juice and honey [in it]," she says.

If that sounds a little bracing for your tastes, you may want to avoid her other folk cure: horseradish tea. Bastianich says you grate horseradish into boiling water before adding lemon juice and honey. After it steeps, you can drink it as is or strain it.

"It just sort of opens you all up when your nose is stuffy and all of that," she says. "It's strong, delicious [and] permeates all the way up."

Vikram Sunderam, executive chef at the restaurant Rasika in Washington, D.C., relies on old "grandmother's recipes." His favorite go-to cold cure is a simple spoonful of ginger juice and honey. For kids, he recommends roasting ajwaim, or carom seeds.

"You inhale the aroma," he says. "It's similar to thyme."

For food chemist Shirley Corriher, author of the cookbooks Bakewise and Cookwise, nothing beats the old standard: chicken soup. She says its curative powers come from somewhere beyond science.

"It's the blessing of our grandmothers," she says. "I just think that good hot chicken stock — with the fumes coming off — you know it's going to be so good."