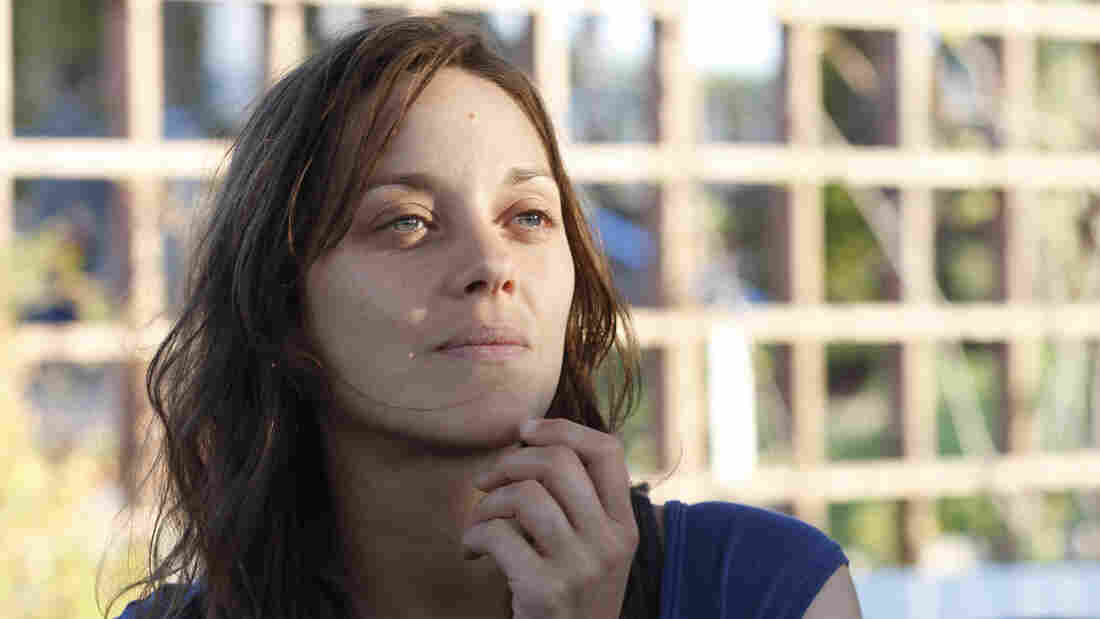 The latest film for Oscar-winning actress Marion Cotillard, Rust and Bone, is a French art film about two broken individuals who find love at the edge of the sea. It's poetic, lyrical — and not necessarily playing at a theater near you.

That was not the case earlier this summer, when Cotillard appeared as one of the central characters in the blockbuster Batman movie The Dark Knight Rises.

Cotillard first came to Hollywood's attention in 2008, when she won the Oscar for best actress. She was the face of Dior, but hardly recognizable in her stunning performance as Edith Piaf in the film La Vie en Rose.

Cotillard speaks with NPR's Robert Siegel about her role as an amputee, her life as the child of actors and her love of the English language.

From 'Rust and Bone'

"That was a hard scene to get, because it's hard to imagine what would be your reaction when you wake up and you realize that you miss your two legs. So we did different versions, and we ended up with, like, this state of shock. Like, she cannot even scream. It's really a shock. What we hear in that take is almost nothing. Almost an inner struggle, and that leads to the question, 'What did you do with my legs?' Which is a crazy question."

On the special effects required for the movie

"We worked with amazing CGI guys, and when I was in the wheelchair, I was — I would just fold my legs in a special space that they had created, built in the wheelchair. And when I was like, with bare legs, I wore green socks most of the time, with little dots on those socks. And they, they just erased my legs in post-production. But what was really incredible is that they were on set all the time, those guys. And they were so talented, so fast, so discreet that it was really as if I had no legs on set. The technical aspect never got in our way."

On the sex scenes in the film

"You know when it's an awkward situation, you have to do something out of it. ... But those scenes were very special, because usually I'm not very comfortable with sex scenes. But that time was very different, because the sex is a big part of this movie. Without it, we would miss something. 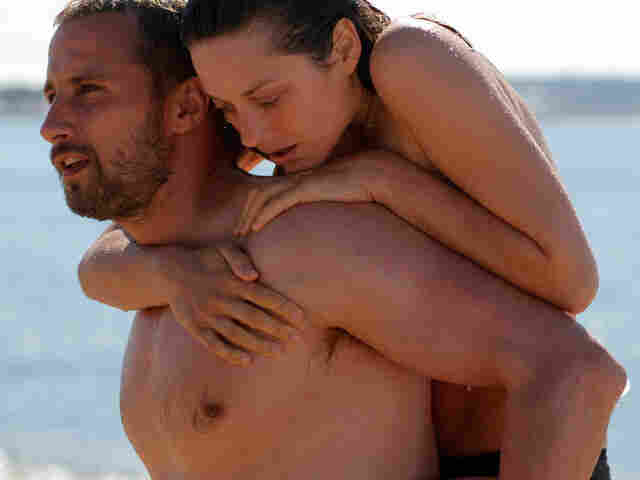 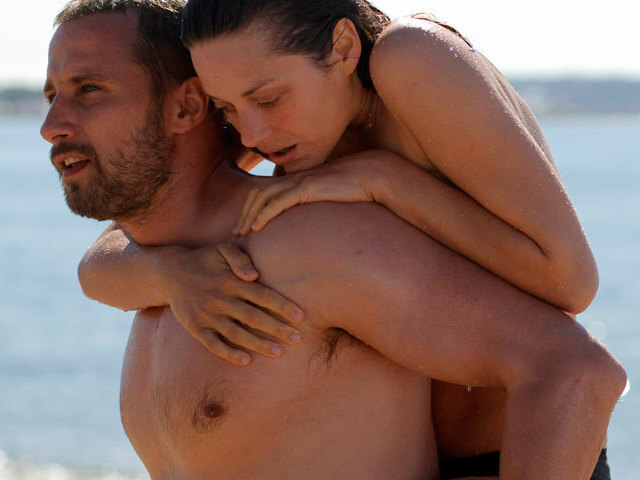 Cotillard's traumatized Stephanie and the equally troubled Alain (Matthias Schoenaerts) meet shortly before her accident, and go on to develop a deep bond.

"Something happened to me on set when we were filming those scenes. ... I was very happy for my character, because she went through so much and, and then suddenly she's gonna reconnect with sexuality — with her sexuality.

"Usually I'm in a very bad state ... on those days with sex scenes, but on this movie, it was very, very different. I accepted much easier."

On how she learned English

"Well, first of all, I love English language, so it makes it easier. And also when, when I was in Los Angeles in 2008, and I met with Michael Mann and he — we did this movie together, I really had to work on my American accent. And I worked for four months, every day, with a dialect coach, and I improved my English a lot. I still have a lot of work, but I feel much more comfortable than a few years ago when I got here and I couldn't express myself properly."