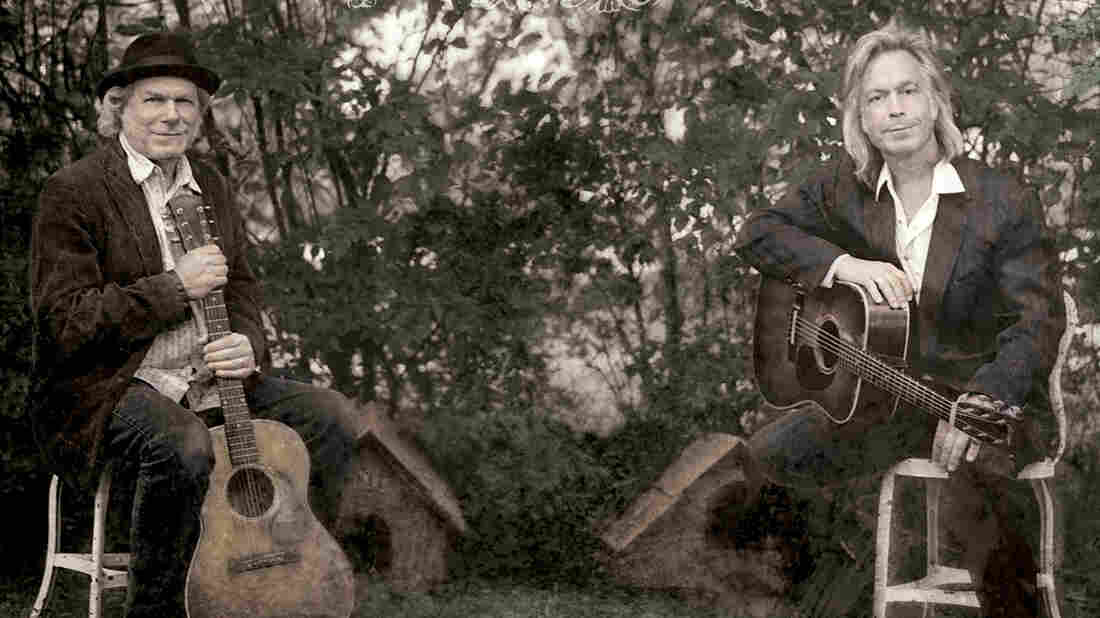 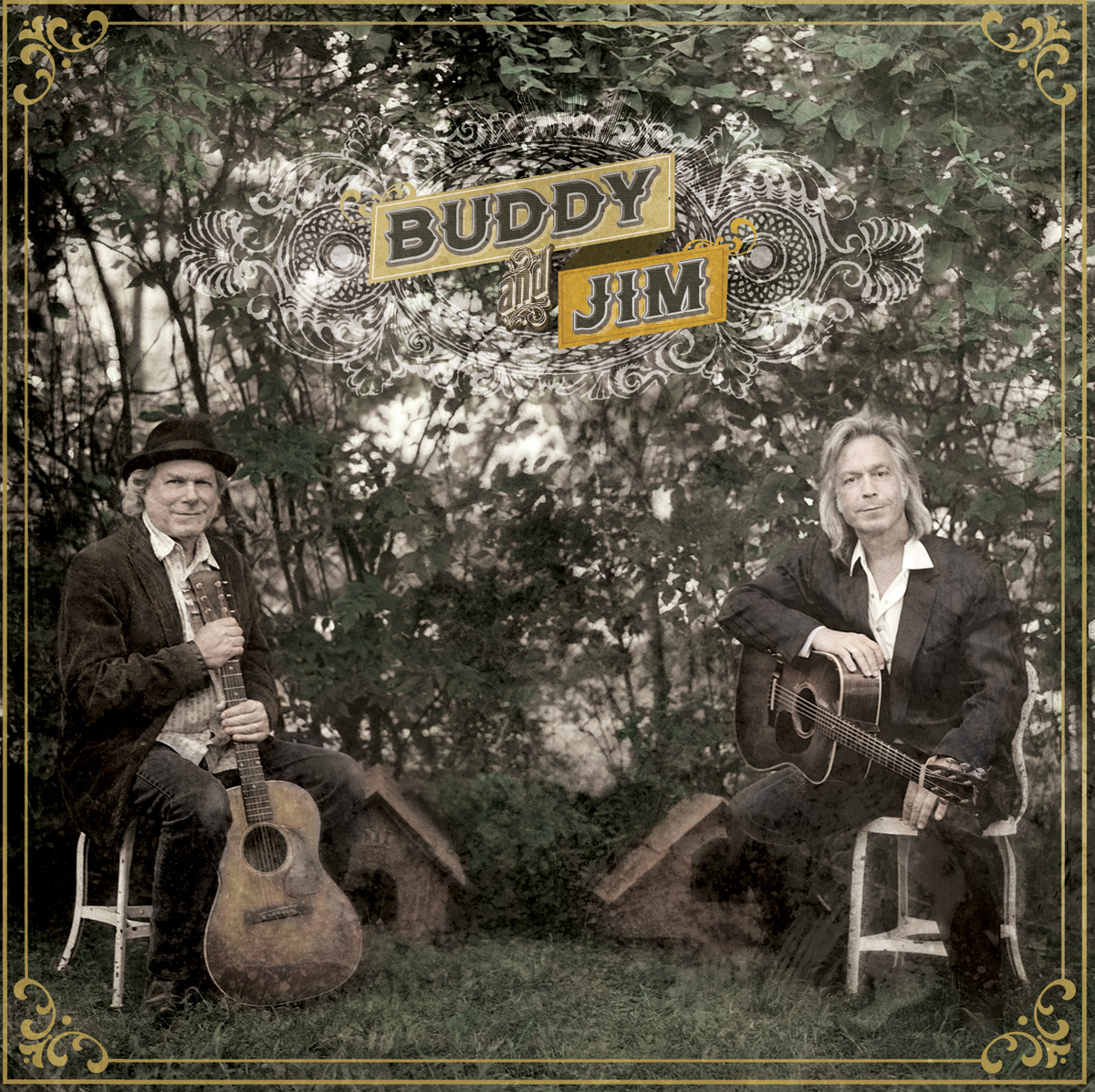 Musicians and friends Buddy Miller and Jim Lauderdale team up on a new album of country duets called Buddy and Jim.

Buddy Miller and Jim Lauderdale are singer-songwriters who've each written hits for country and rock acts, and have enjoyed extensive solo careers as performers and producers. Buddy and Jim is their first collaboration, a mixture of original songs and covers from earlier decades of country, rock, folk and soul music.

The third song on the album, a Miller-Lauderdale original, is a plaintive weeper called "That's Not Even Why I Love You." Although they've worked with big names as various as Robert Plant and George Strait, Miller and Lauderdale have never become big stars in their own right, and a song like this may suggest why. They enjoy a good pity party, a well-crafted downer that takes its time before it gets to the hook. In this sense, they're throwbacks to an earlier era of country music, when another new song they've written, "Looking for a Heartache Like You," would have been a honky-tonk hit in the '50s and '60s.

Both Lauderdale and Miller have rough, urgent voices; their harmonies are nice and vinegary, not surgingly interconnected the way true old country brother acts such as the Louvin Brothers and the Wilburn Brothers were. If they don't share the genes, though, they connect through shared emotion in a song such as "Lonely One in This Town," which has been recorded by acts ranging from the Mississippi Sheiks to the Lovin' Spoonful's John Sebastian.

Miller and Lauderdale host a highly entertaining show on satellite radio, spinning records and interviewing some of their favorite artists. They're so good, they once almost made me overcome my long-standing resistance to Tony Joe White purely on the basis of the latter's "Polk Salad Annie." Buddy and Jim are persuaders for sure; they can almost make you believe that their version of Joe Tex's "I Want to Do Everything for You" is better than the original.

This album is all over the map, from the country-blues of "The Train That Carried My Gal From Town" — reminiscent of Frank Hutchison's recording in the 1920s — to a '50s rockabilly blaster called "The Wobble." But it's in the brokenhearted ballads that the duo does its best work, offering an impressively forthright admission of pain in interpreting a song from Buddy Miller's musical wife, Julie, in "It Hurts Me."

Ultimately, Miller and Lauderdale see their job as describing variations on heartache and desolation. But the trick is to render these emotions with sufficient energy — a kind of lust for melancholy — that keeps you coming back for more.